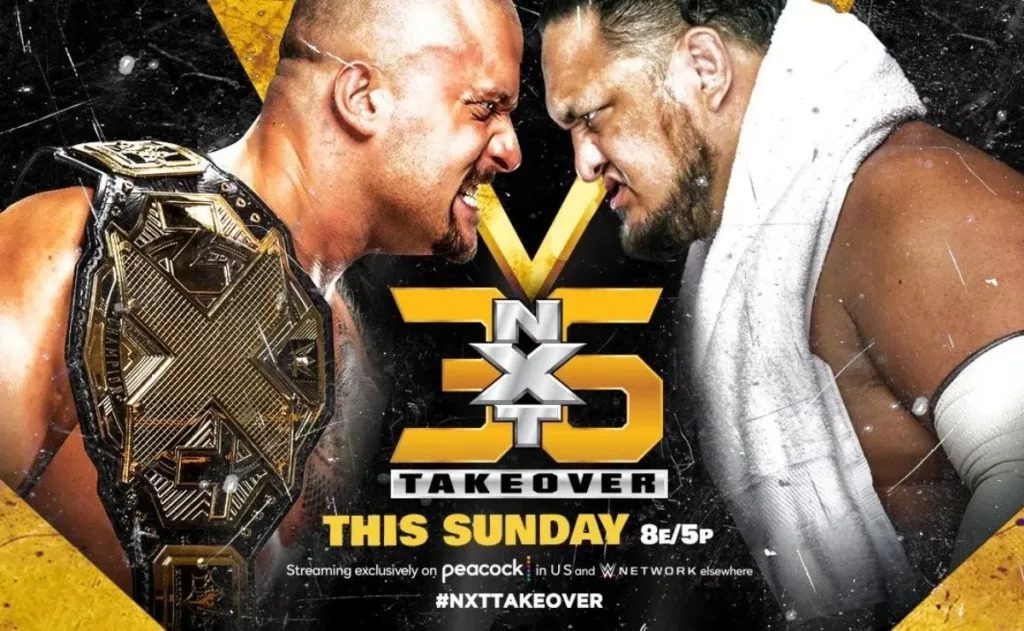 A nice, straightforward, big, strong dude taking on a speedy little guy for the pre-show collision. Baxter survived a few minutes before Holland caught him and flattened him with a powerslam. 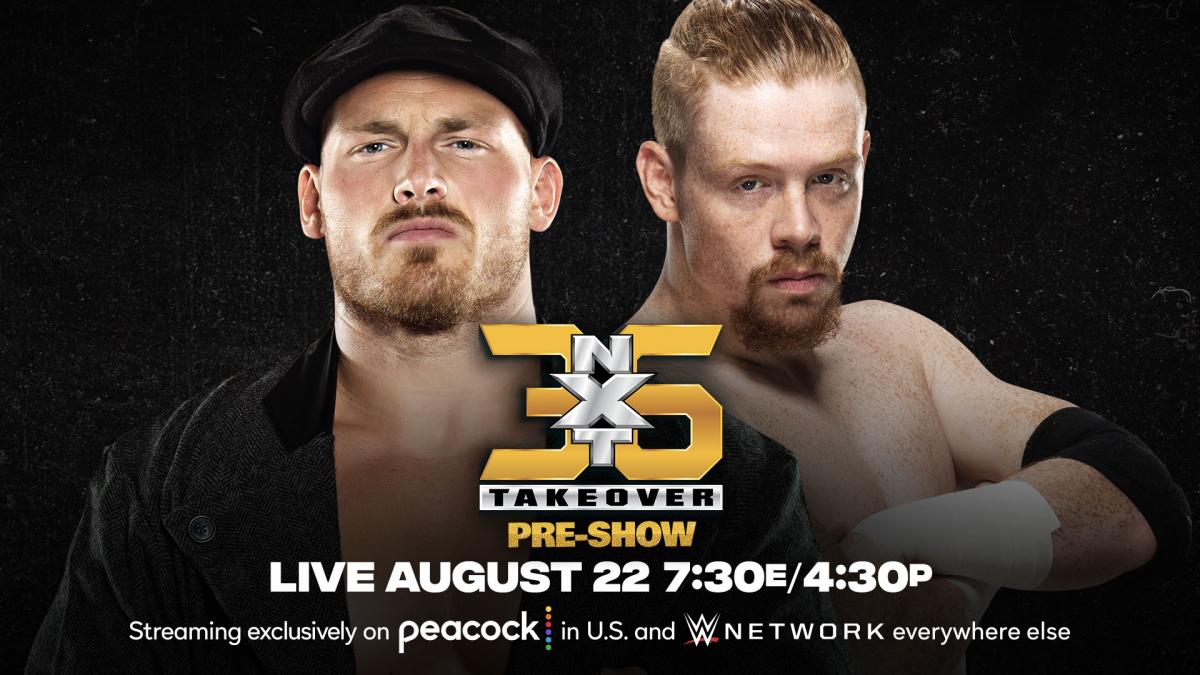 Grimes is currently acting as Knight’s butler due to losing a bet. “The Million Dollar Man” Ted DiBiase has tried to help Grimes get out of this pickle by getting him a title match, but now, if Grimes loses this match, DiBiase will have to run around and butler for Knight instead. Grimes has big Daniel Bryan vibes with the crowd, especially since becoming a face; doubly so with Knight being the pro heel that he is. Apart from that, it was a fantastic opening match that saw Grimes cave in Knight’s chest for the win. My only grumble is aimed at the stupid standing Spanish Fly. It looks impressive, sure, just much use in a fight. 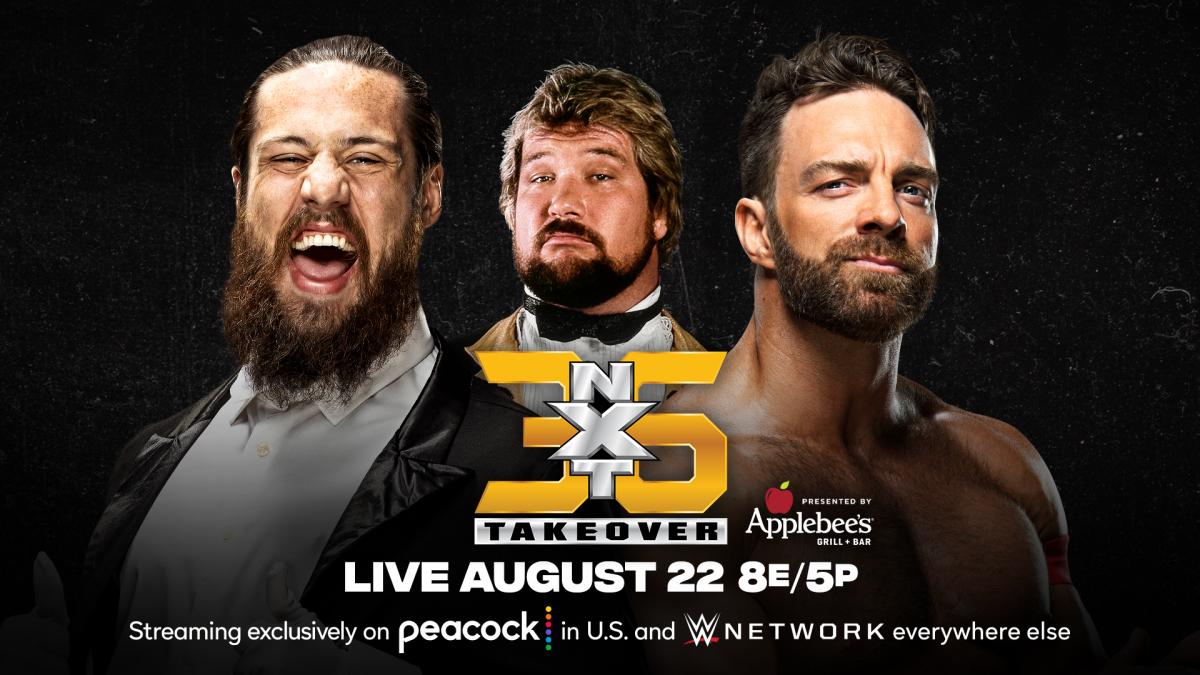 These lads go back a long way. I remember the time in Ring of Honor that these two battered the shit out of each other in a worked-shoot style match. That’s right, the one where Cole “earned his stripes” after getting his nose converted from 3d to 2d; good times. Tonight, these men met in a 2 out of 3 falls match, and they didn’t disappoint. O’Reilly won the first fall when he rolled up Cole, who rushed to hit his finish. Cole won the second round, making use of the street fight rules and ruining Kyle’s ribs before throwing him spine-first onto steel chairs. Cole thought he’d won the steel cage third round when he handcuffed Kyle to the ropes, but O’Reilly was able to trip him and make him tap to a heel hook. 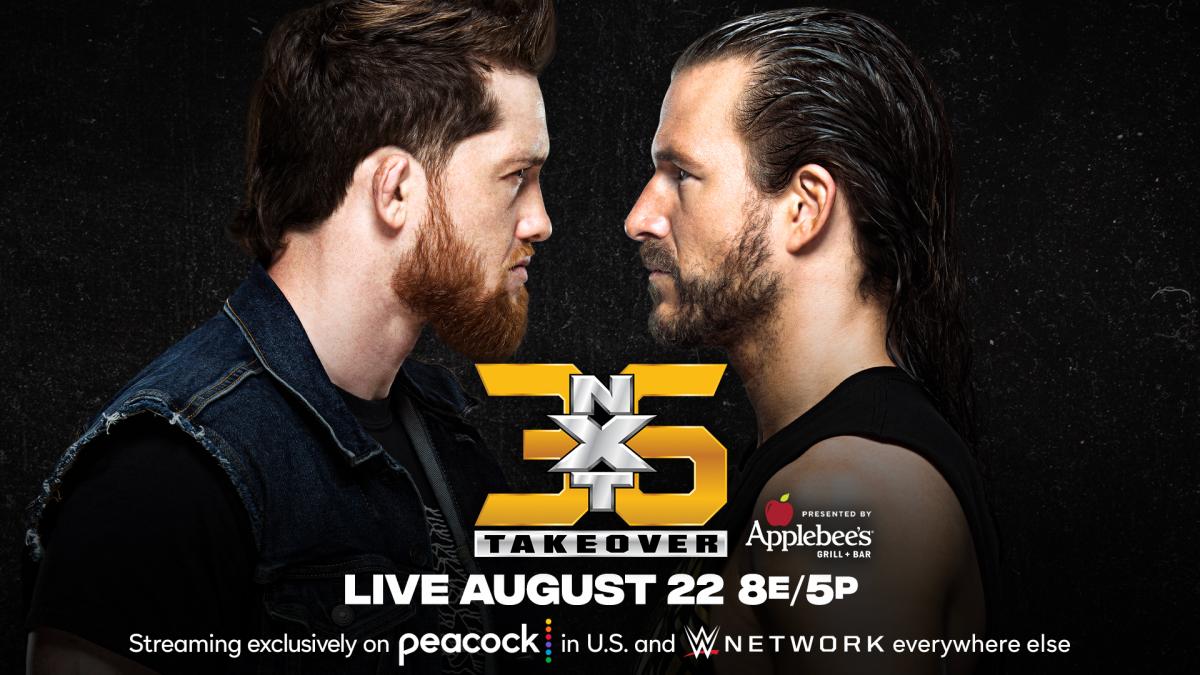 Kai does a great job of convincing me she’s off her rocker and her meds, all without going over the top and coming off as a creator of unfunny comedy, a la Dextor Lumis. Kai tried to wear Gonzalez out from the start, making the bigger woman chase her and make a mistake. Kai took advantage and kicked Gonzalez’s head off early in the match, but she rolled to the outside and couldn’t be pinned in time. The finish saw Kai stun Gonzalez on the top rope; Kai went to hit her Yakuza kick again, but Gonzalez caught Kai and hit her with her one-armed powerbomb off the second rope. Former NXT UK Women’s champion Kay Lee Ray came out to glare at the winner from the ramp afterward. 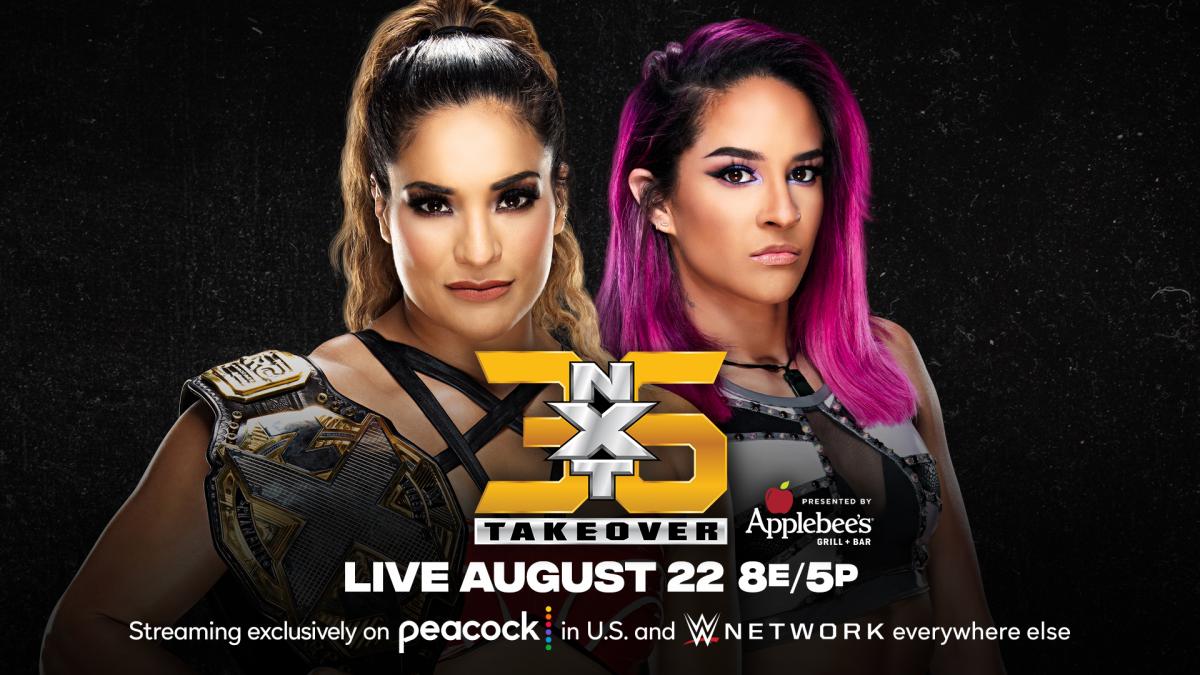 Neither man was gentle in this contest, to say the least. An aggressive Dragunov took the fight to WALTER early on and stayed on top of the big man at the start of the match. It was evident that Dragunov had learned many lessons from his first battle with WALTER, as he had counters for much of his offense. As soon as one of WALTER’S chops landed, however, Dragunov dropped off the top turnbuckle like a sack of shit, and the monster made him pay. Dragunov would get on the offense a few more times, and WALTER would swat him down. The end came as a surprise when Dragunov picked WALTER off the ground in a sleeper hold, using the giant Austrian’s body weight against him.  There were a few too many instances of no-selling for my taste, but I enjoyed the match nonetheless. My chest hurts! 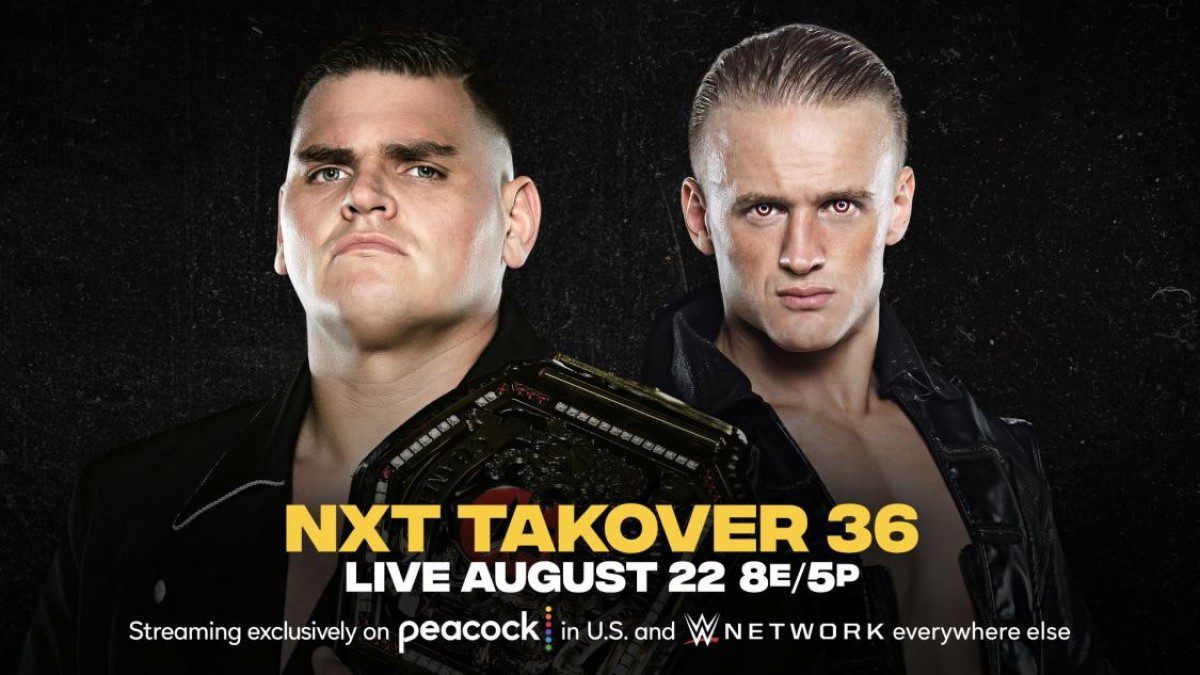 The crowd was gagging for Scarlett during Kross’ entrance. I don’t know why they’d have thought she’d be there just because she’s on the poster…</sarcasm> The two big chaps threw bombs back and forth until Joe KO’d Kross with the Muscle Buster! Joe is now the first-ever three-time NXT champion, and Kross will more than like continue his feud with Jeff Hardy over on Smackdown. It might look bad for Kross’ momentum and career at this time, but as long as he doesn’t take a Power Bomb from his Mrs. any time soon, I’m sure he’ll be fine. 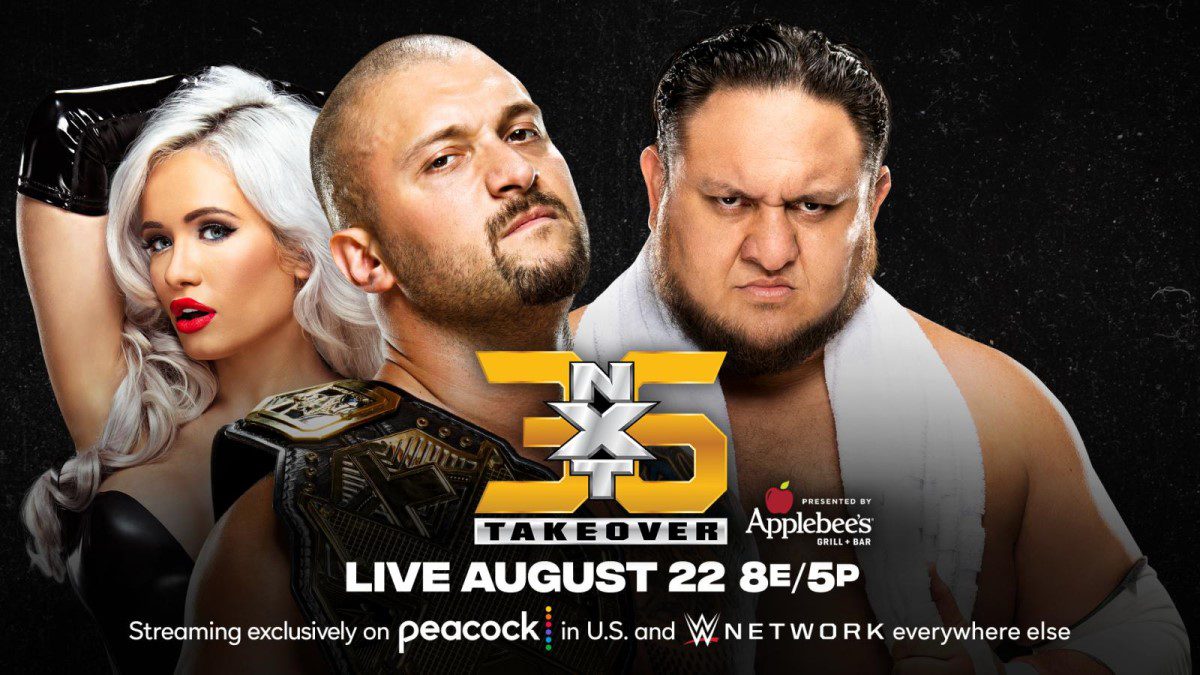 A brilliant effort from everyone involved tonight. NXT may not have the most exciting angles from the mid-card down, but the matches offer a certain standard of quality, especially those on the Takeover PPVs.

Although I mentioned that WWE had upped its game in the last week, NXT Takeover 36 was still better than SummerSlam from last night and the six hours of AEW TV this week.; even with the WWE’s horrible advert-heavy format infecting the once near-perfect NXT.

In my opinion, the belt being put on the veteran Samoa Joe is another sign that WWE is making sure they aren’t caught with their pants down once AEW picks up some steam with CM Punk at the top/front.

Hold on; everyone’s pulling their socks and rolling their sleeves up. This is going to get good!

Thanks for reading! Look out for #ThatsNotWrestling every Thursday and #AnotherWeekOfWrestling on a Monday here at Geeks+Gamers. I also reviewed WWE SummerSlam 2021, so please give that a watch and share. Feel free to get in touch on Twitter, SUBSCRIBE to my YouTube channel, and check out everything else I write about over on: