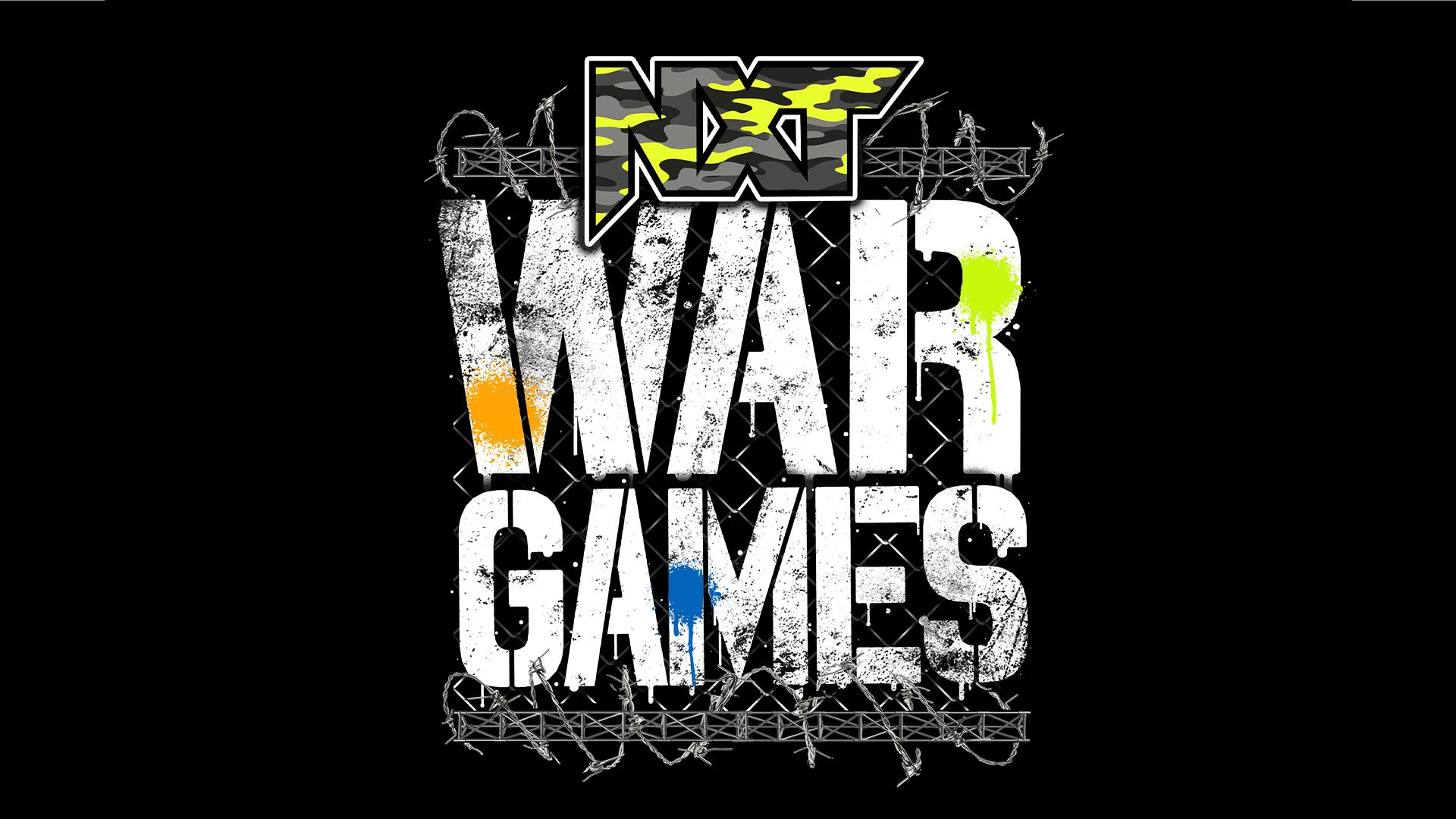 Not the worst PPV in the world, but part of it did feel excessive. The feuds that have (apparently) evolved into needing War Games matches mostly came out of nowhere, and NXT now builds their angles around the PPVs that are upcoming instead of waiting for the situation to demand it. See also: WWE’s use of Hell in a Cell and TLC. 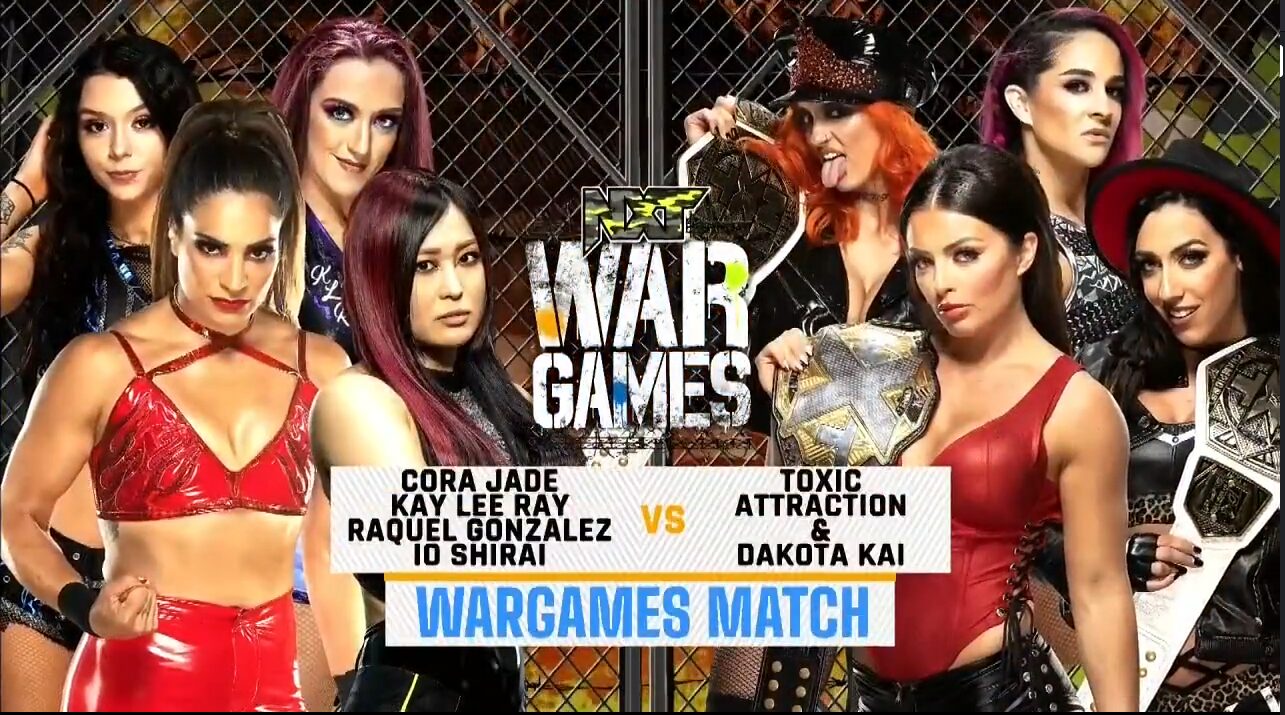 Sloppy, disjointed, even pointless in parts. This is what happens when expectations are built and established. When there are two War Games matches on a 3-hour show, you’re going to have to open with one of them. The women’s opened, and they did everything possible and left no weapons or spots to be used later on. Let’s hope everyone forgets before the main event! 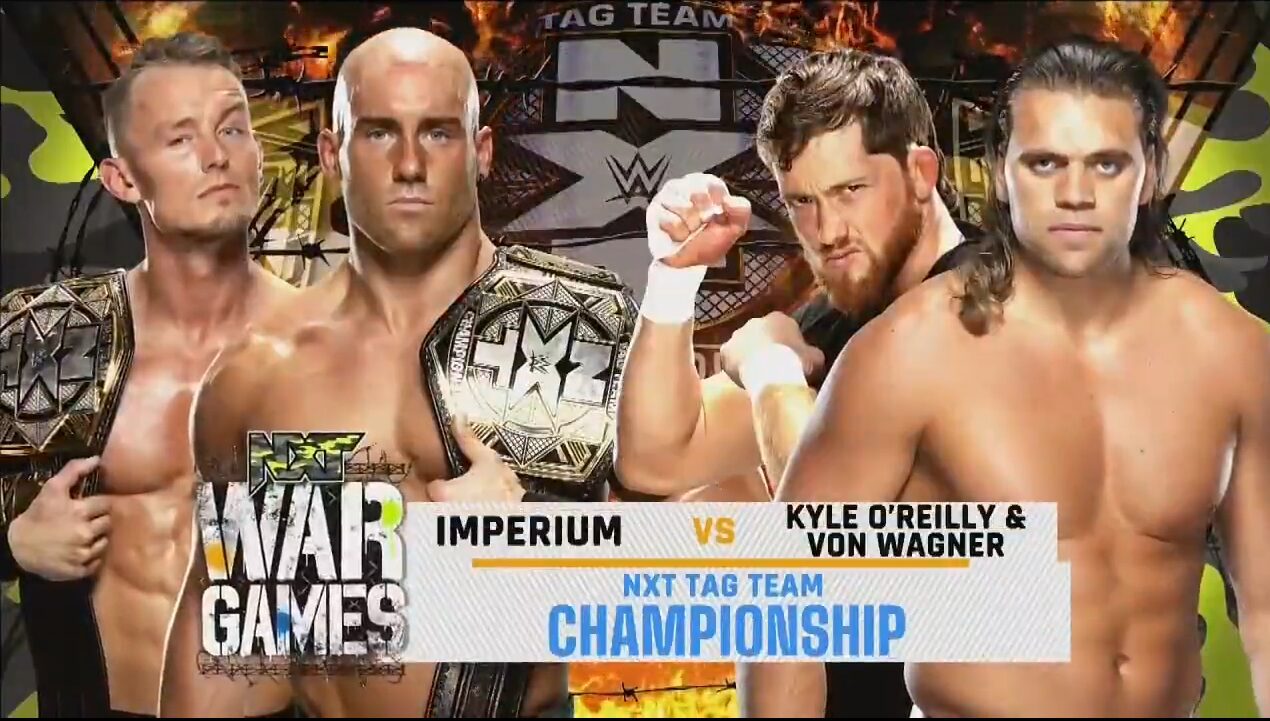 As you’d expect, a quality tag match between the four. Fabian Aichner was the star in this one, catching Wagner in the air and squatting with him for a start. O’Reilly eventually suffered an Imperium Bomb and ate the pin. Wagner got upset and tried to attack his partner, but O’Reilly’s PTSD triggered his Ultra Instinct form, and Kyle avoided Von and kicked him a few times before leaving. 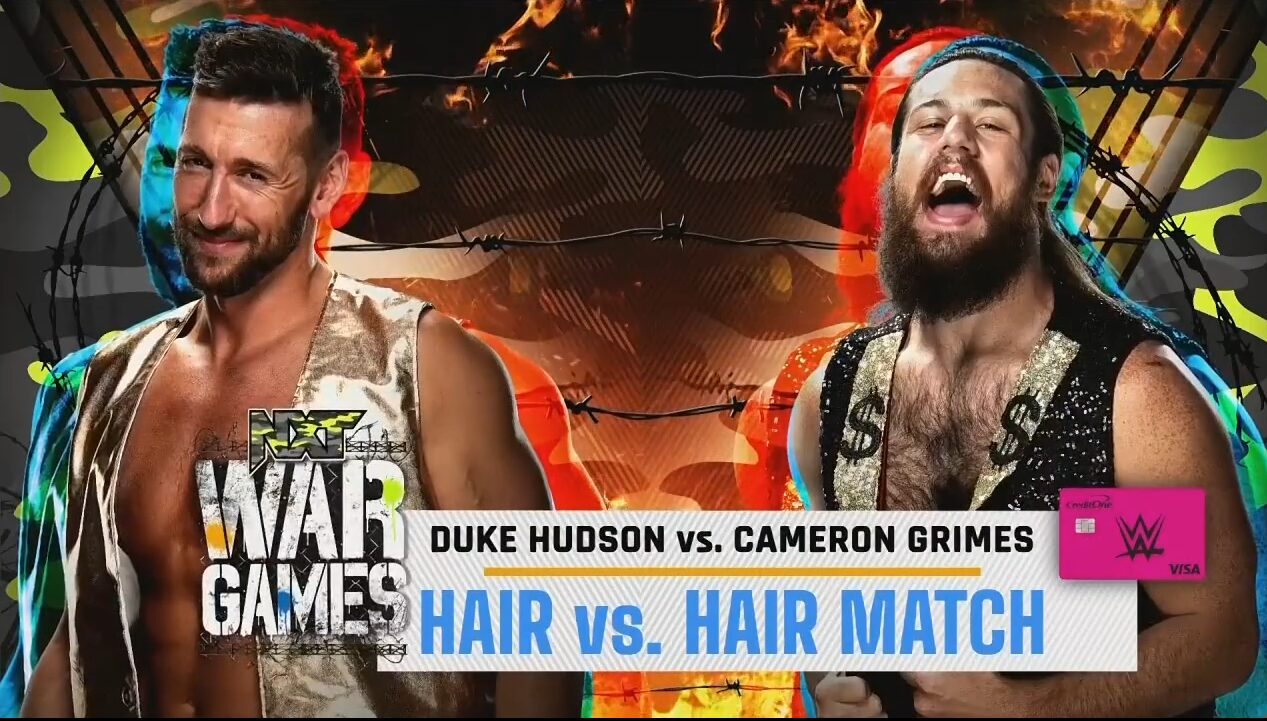 A decent enough match. As far as I’ve seen, this is the longest Hudson’s had in a match on NXT; I get Wade Barrett/Nick Aldis vibes from him. Grimes almost lost Hudson after the match, but he caught him and started the mop-chop. 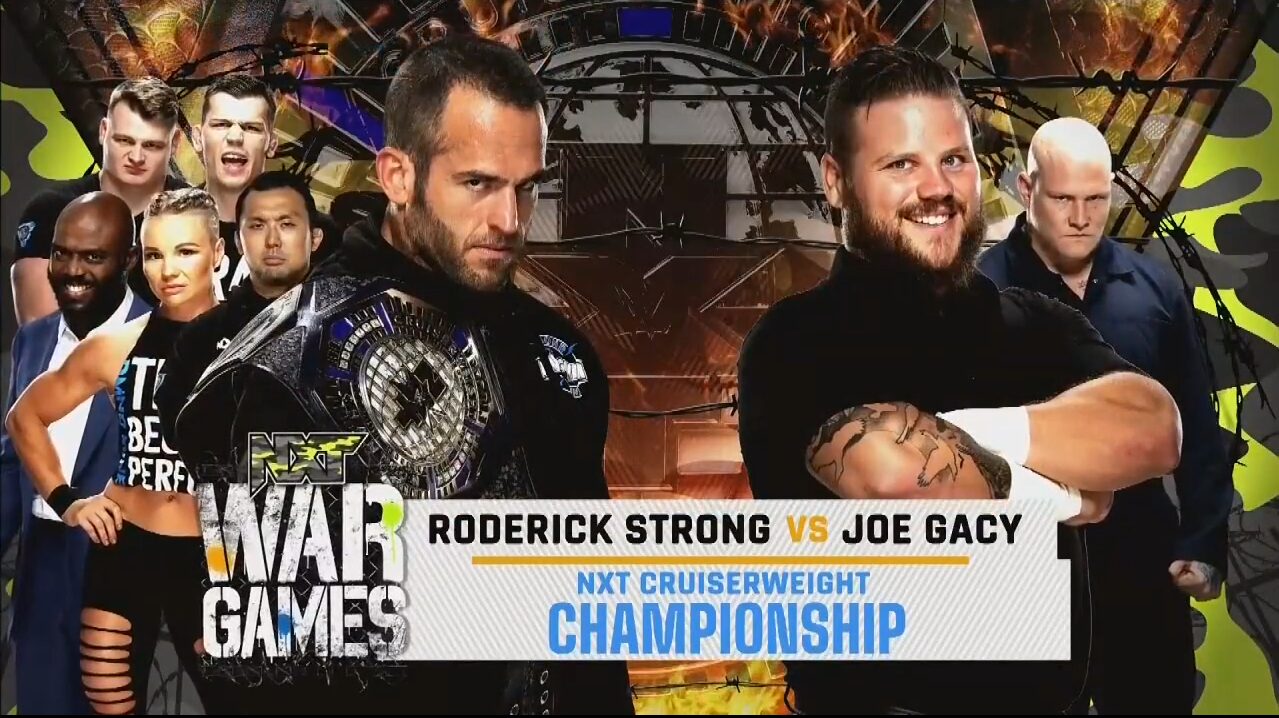 Strong got to show off how he’s still a threat to guys that are bigger than him and that he’s not just a cruiserweight wrestler. Besides, I’m pretty sure the belt wasn’t what Gacy had his eye on, and it was just a means of getting him and Harland close enough to interact with a potential new recruit in Strong’s corner. 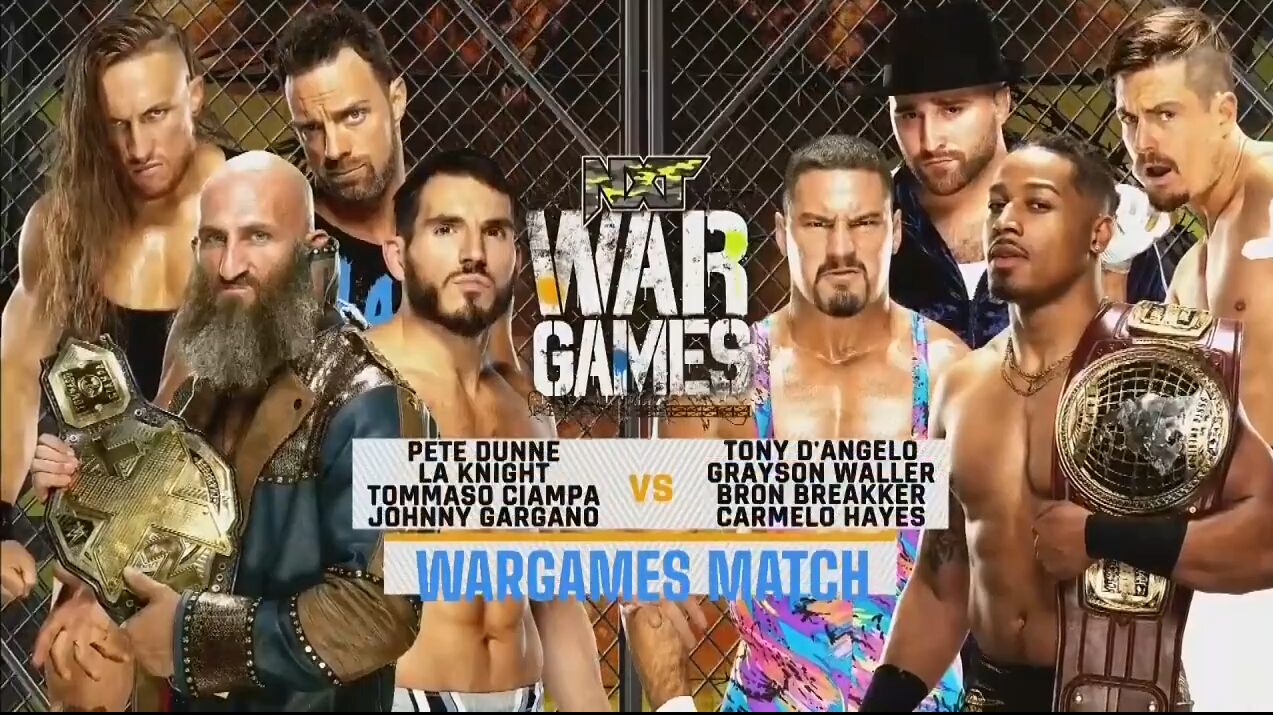 This match at least made more sense than the women’s, with the old guard defending against the new, things escalating to get to this point… kind of. WWE/NXT has a horrible habit of rushing people and pushing those that are still learning. The wheels fly off most times, and then Vince gets bored. Bron Breakker looked great for most of this match; he even scored the pinfall against the champ, Ciampa. Let’s see how long the new lick of paint holds interest.

Thanks for reading these War Games results! Feel free to get in touch on Twitter, SUBSCRIBE to my YouTube channel, and check out everything else I write about over on: