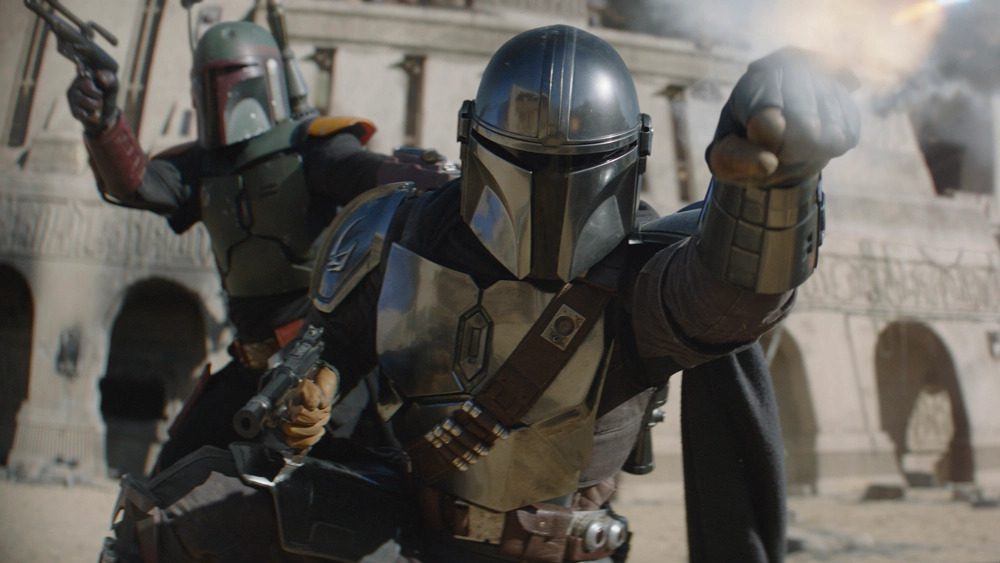 Much has been said of Pedro Pascal’s co-Mandalorian actors Brendan Wayne (John Wayne’s grandson) and Lateef Crowder. While Pascal is the face we’ve seen briefly in the series, Crowder and Wayne are frequently the men in the suit, particularly during action scenes. In an exclusive interview with Entertainment Weekly, Pascal praised his fellow Mandalorians:

“It’s been a collaborative process from the beginning. I was given the opportunity to establish physical specificity in some ways at the start of the show, but I’d be lying if I said I wasn’t observing and picking up from what they’re doing and handing over so much of it as well. They do the heavy lifting.”

It’s always nice to see actors give their stunt doubles the credit they deserve, especially in a show like this where the character relies primarily on body language. It’s easy to imagine how, as Pascal says, they’re actively shaping the character right along with him. I really hope season 3 of The Mandalorian is up to the show’s standards, and I have faith in Favreau and Filoni.