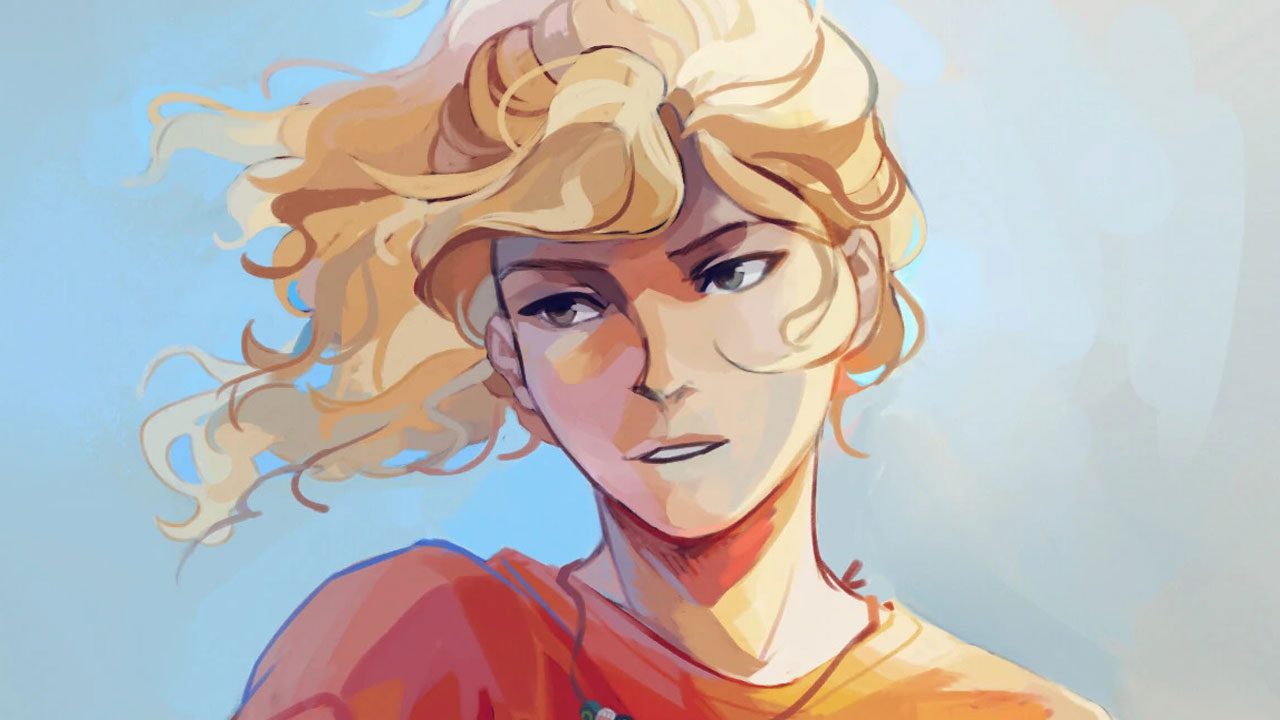 Growing up, the novels in the Percy Jackson series by Rick Riordan were my second favorite books to read, after Harry Potter. I was introduced to them by friends in school, and I just couldn’t wait to start reading them so I could join in on the discussion! I remember finishing the original series and loving them! In high school, the spin-off series, Heroes of Olympus, came out, and they were fun but not as good. They were full of “diverse” characters, straight, gay, and of all shapes and colors. It was written in a way that was not in your face, and their background added to the story. I even read Riordan’s The Kane Chronicles, even though they had nothing to do with Percy’s world.

When Percy Jackson & the Olympians: The Lightning Thief premiered back in 2010, I was super excited! The director was Chris Colombus, who famously directed the first two Harry Potter films, which can be argued as the most faithful movie adaptations of that franchise! But what I watched was horrendous. Annabeth Chase wasn’t blonde; the plot was nowhere near similar to the original book; they were going to casinos and chasing pearls… not to mention the actors playing all the children were about eight years too old! I gave the second film, Percy Jackson: Sea of Monsters, a try back in 2013… and that one was just as bad, even though they did dye Annabeth’s hair blonde! Woohoo! Do you know who was so outspokenly horrified with the two live-action adaptations? Rick! He hated them! He even tweeted about them multiple times. These tweets have since been deleted (click here to view screenshots), probably because Mickey Mao made him do it.

Years later, Disney+ and Rick Riordan came to an agreement and said that they would work to create an exclusive show that faithfully adapts the books! I was incredibly excited then. How juvenile and innocent I was! If done properly, this IP could have been massive and brought a new interest in Roman and Greek mythology. But no. Let’s digress.

Interestingly, the tweet in which he said that Disney would be “faithful” to the books back in 2020 has disappeared and cannot be found. As expected, Disney went and lied to all of us. They dropped this bombshell of a casting on us: Annabeth Chase, who is described as blonde with grey eyes, is now black with very dark-colored eyes.

I just want to remind people that in every official art and the graphic novel, Annabeth was presented as white… So you can't blame long time fans for being a little upset about it.

If we're being honest, no one envisioned her to be black before this… 😅 pic.twitter.com/mwgwDfSWmw

If you look through the comments of this specific tweet, you will see a lot of people accusing disappointed fans of being racist. This is not the case. Had Annabeth ALWAYS been black, no one would be upset. However, she was specifically stated as a “typical California girl,” blonde with grey eyes. Furthermore, the illustrated editions that Rick approved depicted her as white. This is yet another race swap to appease the mob because Disney and Rick do not believe an original black character can stand on her own. Yet, after all this, Rick Riordan has the audacity to state that black Annabeth existed all along:

"Leah is *exactly* the way I imagined Annabeth in the books: smart, strong and courageous, a true daughter of Athena who has zero patience for the foolishness of a certain Seaweed Brain." – Rick Riordanhttps://t.co/vzGcJ0d43j

If you want more rage, have a listen to Ryan Kinel’s point of view:

Will you be watching this Disney+ exclusive show? Do you think Percy will be incredibly dumb and led around by strong wahmen? Let us know in the comments below.

Ever since the first book of the Magnus Chase series, I lost interest in Riordan and his works. This only gets me because I see all of his “fans” on Instagram clapping at this race-swap like seals and even claiming they’ll race swap Annabeth in their artwork. That’s pathetic. And don’t tell me Riordan couldn’t have found another white girl who also perfectly matches Annabeth’s personality and looks. This was intentional and also, it is evil of Riordan to take this role away from a white girl who’s always wanted to be Annabeth just for diversity’s sake. I have no hope or interest in this show and I hope the Riordan fans who actually care about canonicity, stand up to this.
Honestly, taking another look at the PJatO series, I realized that most of the women were strong empowered Wahmen. Annabeth was kind of unreasonably mean to Percy right from the start, and Percy never gets the proper training to become as powerful as a child of the Big Three should be. However, Heroes of Olympus will always be a showcasing of diversity done right, because it doesn’t shove it down your throat, the women are strong, but not the bestest evar, and the guys get to be powerful for once.

Knew they were going to do this when they had announced it two years ago. The number of his fans that were applauding Disney were astounding, especially since they had just ruined Artemis Fowl with that horrendous film! I was on a different website at the time and I only saw two people getting concerned about it because of what Disney had done to Artemis Fowl and guess what? They got blasted with the usual “Disney has done great with the MCU films!” stuff even though this was after Captain Marvel and Black Panther came out. Normally I give this sort of thing a chance but this race-swapping thing is getting way out of hand! Even the films from 12 years ago are going to look a lot better than than what Disney are going to do with this. I too remember Disney’s “promise” about being book accurate. I didn’t believe them back then and I believe them even less now!