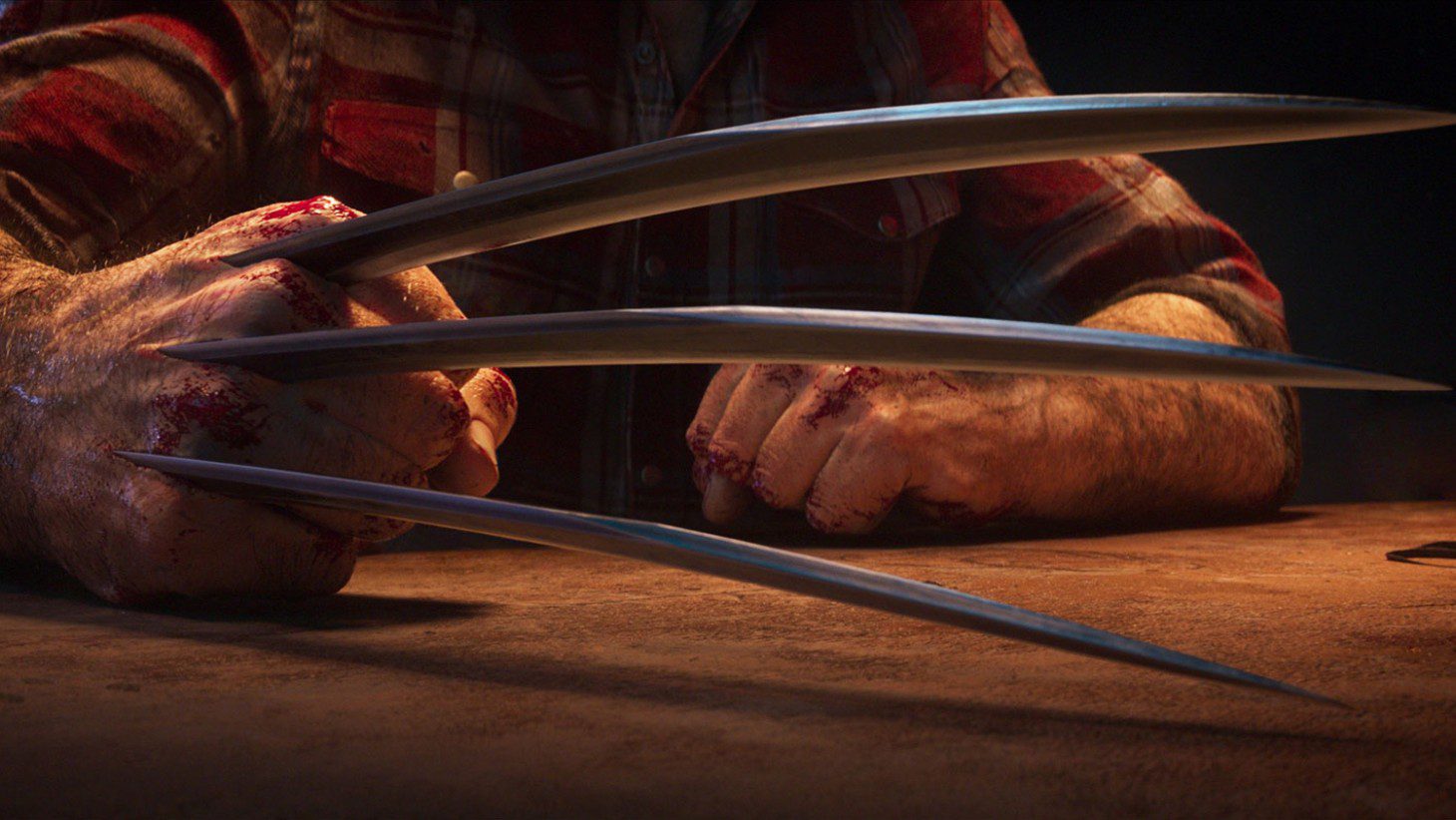 Today was the PlayStation Showcase, where the video game company showed off some of its upcoming releases, emphasizing the PlayStation 5. After a weird music video-style intro, Sony Interactive Entertainment CEO Jim Ryan talked up the capabilities of the PS5 before introducing a slate of new game trailers.

Knights of the Old Republic Remake

This is just a quick tease, but something fans of the classic Star Wars game will no doubt savor.

This looks very cool. The city-set aesthetics are reminiscent of Blade Runner (like about 90% of science fiction), but the monsters are pure Lovecraft. The action seems fast-paced and exciting.

I don’t care for the graphics here. They look silly and cartoonish, almost like Colorforms come to life; if not for the violence, I’d think this was aimed at the younger set.

More action role-playing, more incredible graphics (can we pretty much just assume everything will look good at this point?), and a fun hook about a girl swept into a fantasy world who has to fight bad guys with a magic bracelet of some sort. It looks fun, although the “See how witty I am?” dialogue is too much.

I remember when Rainbow Six was a novel about a NATO anti-terrorist team. Now it’s become a Resident Evil knockoff. It looks neat for what it is, but should it really be this?

I didn’t know this was a thing that existed, let alone that it was being remastered. Good news for fans, I guess.

Again, it looks cool for fans. I never much cared for this franchise; it felt like the same game over and over again to me.

This is an effectively creepy trailer for an action game with plenty of horror elements.

Guardians of the Galaxy

This left me underwhelmed. The graphics are good, and I like the idea of the story – the Guardians battle a powerful galactic cult – but the gameplay doesn’t look like anything special, especially after some of the preceding trailers.

Cyberpunk vampires. Cool. This is a battle royale addition to the Vampire: The Masquerade series, and it looks like creepy fun. More details here.

Now, this looks like a good time! In this first-person shooter, you play a hit man sent to a sci-fi prison to eliminate a series of targets while a rival killer tries to trip you up. The trailer showcases how inventive you can make your kills – you can trip someone on soda cans by shooting a vending machine, for example. This has potential.

This is a vague trailer about a game that has something to do with Radiohead. It does nothing for me.

A little girl plays a ukulele and possesses animals as she makes her way around an island on some quest. This one looks very much for the kids. At the end of the trailer, however, it says the game is “inspired by New Caledonia.” My grandmother was from New Caledonia, which is a French colony in the Pacific, off the coast of Australia. The game doesn’t interest me much, but knowing it’s based on New Caledonia does make me a little curious.

The PlayStation Showcase then took a quick trailer break so that Hermen Hulst of PlayStation Studios could pimp the PS5 some more (while making sure to mention that their storytelling team is “diverse,” in case anyone was wondering). Then, the final run of trailers commenced:

Hell yeah! This is more of an announcement than a trailer, and there’s no actual gameplay, but the promise of some berserker action is enough until we see or hear different.

Racing games are snoozefests for me, but if you like them and are a fan of this long-running series, this may be right up your alley.

They really want me to get a PS5, don’t they? The sequel to the PS4’s phenomenal Spider-Man game from 2018, Spider-Man 2 shows both Spider-Man and Miles Morales (I hope you can pick one instead of them forcing you to do everything as a team), with Venom thrown in for good measure. Again, there’s no gameplay in the trailer, but after the last game, they just have to give a release date.

No wonder they saved this for last. God of War (not to be confused with God of War; can movies and games stop doing that and just come up with a new name?) was an astonishing continuation of Kratos’ story, moving the action from Greek to Norse mythology – which was necessary because Kratos had killed all the Greek gods at that point. Now, Sony is preparing to unleash the next step in his journey, with glimpses of new Norse opponents like Thor and Tyre, as well as the promise of exploring Atreus’ destiny, now that he’s been revealed as… well, if you played the last one, you know. This was the best trailer of the PlayStation Showcase, bar none, and I can’t wait to play the game.

And that’s all she wrote. What did you think of the PlayStation Showcase? Which games are you most excited to play? Does anyone believe Kratos will resist becoming “a general” for much of Ragnarok? Let us know in the comments, and stay tuned to Geeks + Gamers for more video game happenings!

Well I like some Star Wars games and I’ll check to see what the Old Republic remake will be like when it’s released. The trailer for the PS5 versions of Uncharted 4 and Lost Legacy are now making me want to play A Thief’s End after abruptly stopping for a while after a week of playing the last three.

Forspoken looks interesting. I’m curious in playing a character who uses magic kind of like ‘bending’ from Avatar. Not much of a player of Square Enix, but they’ve won me with this.

Of course I was psyched with some of the final trailers released and more with that Insomniac is opening up their Marvel book with not just Spider-Man but Wolverine too. Makes me wonder what other properties we’ll get in the future? Maybe Fantastic Four? Or Avengers in the IMU (Insomniac Marvel Universe).

Then comes Ragnarok. I enjoyed playing the first game and I’m eager to know what’s to happen next. I loved the new additions to the gameplay like the wolf bobsled, the new enemies to fight, new realms to travel around in, new gameplay. My personal favorite moment is Kratos looking over the land of what could be Vanaheim. Took my breath away. Also I’m curious to see Ryan Hurst and Richard Schiff as Thor and Odin.

I didn’t realize Richard Schiff was Odin! That’s awesome, and now I really want to hear what he’s like.

The Marvel stuff is fantastic. I’m with you, I want to see how far they go with it. And that style, which was kind of pioneered with the Arkham games, is great because they can adapt it to each hero.

I liked all four of the main Uncharted games a lot. Those first two were great when they made the shift halfway through to something supernatural instead of just guys hunting for treasure (which was a lot of fun too).

The only Star Wars game I played, that I can recall, is Rogue Squadron on Nintendo 64, which I used to love.

Frankly, I found this much more interesting and appetizing than all of E3 this year.

Oh there was a little aftershow with the gamemakers of Ragnarok with the head guy for the showcase after the last trailer and they mentioned some of the new actors coming and characters as well. Wasn’t expecting Richard Schiff and like I said, I’m curious to see what he does.

I have played the first Battlefront games, Force Unleashed and Fallen Order. Oh yeah, and the official game for Episode 3 which was hard. I played a little of the reboot for Battlefront 2 but I mostly played the Operation: Cinder content after hearing that mentioned in Mandalorian.

I was never interested in the Uncharted series for some reason. Maybe because of the drastic change of game styling and gameplay since I was introduced to Naughty Dog through Jak and Daxter (technically Jak 3). I was coerced by a friend of mine and it was a not bad experience. My favorite would be Among Thieves for the action sequences, suspense and Zoran Lazarevic was my favorite villain so far. At times, I’d be thinking I’m through the hard part, but then something would happen and I’d be like, “are you kidding me?” The third Uncharted was the hardest, weren’t all of the things they searched for had something supernatural?