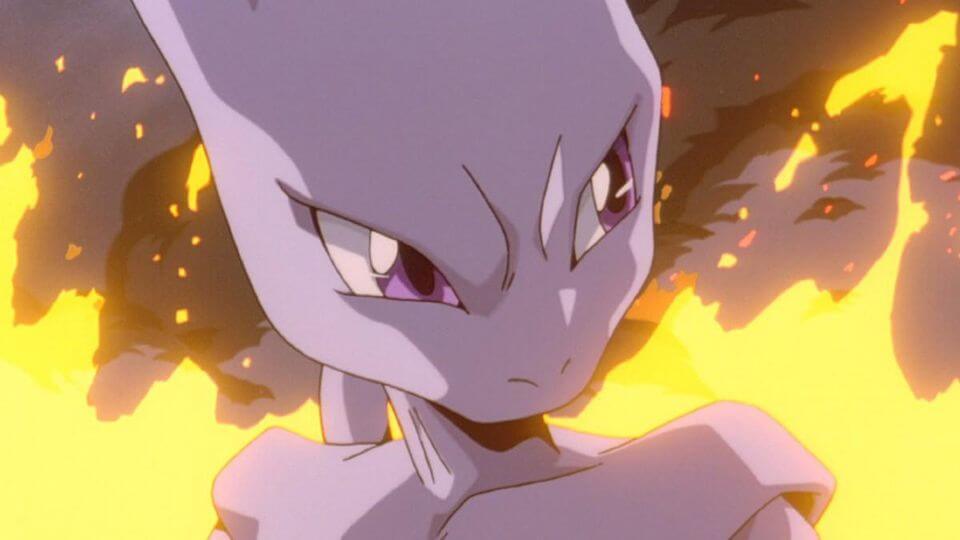 There’s something about the right movie or television series coming along when you’re at a young age that its importance can’t be understated. It becomes something that sticks with you and continues to have an impact even years after your initial viewing experience. Twenty years ago, on November 6th, 1999, Pokémon: Mewtwo Strikes Back hit theaters. This kicked off what would be a now two-decades-running release of films based in the Pokémon animated series universe. The premise was initially set up in the 63rd episode of the anime, “The Battle of the Badge!” in September of 1998. In this episode, Ash and company arrive at the Viridian City gym to challenge for his final badge to face the Pokémon League. They get there just in time to see Ash’s rival, Gary, get soundly beaten by a never-before-seen Pokémon. We all know that powerhouse-to-be, Mewtwo, and the first film picks up where that mysterious episode left off while also presenting viewers with Mewtwo’s origin story. But if you know even a sliver about the Pokémon universe, you almost certainly are aware of those events.

Pokémon has exercised a staying power the likes of which had been unseen prior and which still goes unchallenged today. But what was it about that first feature-length outing that elevated the animated franchise so? There was a slight improvement in animation quality, but, even by the late 90s anime standards, other series had already done better. There wasn’t necessarily an unprecedented battle that blew audience minds either (although the idea of Mewtwo squaring off against Mew was enough to excite fans). I would argue that the big difference-maker that the movie had over the TV series was its collective themes. Mewtwo Strikes Back brought a surprising level of depth to its story. Mewtwo, enraged over the one-two punch of having been created as little more than an experiment by humans and then getting betrayed by Giovanni, decides that humanity needs to be wiped off the face of the Earth. It was quite the logical leap, but here we are. There’s this internal struggle for the character of Mewtwo that is appropriate for both the character himself, as he is essentially a relative adolescent at this point, and for the viewers, many of whom were also at that age where you’re trying to fit in and find your sense of belonging and meaning. 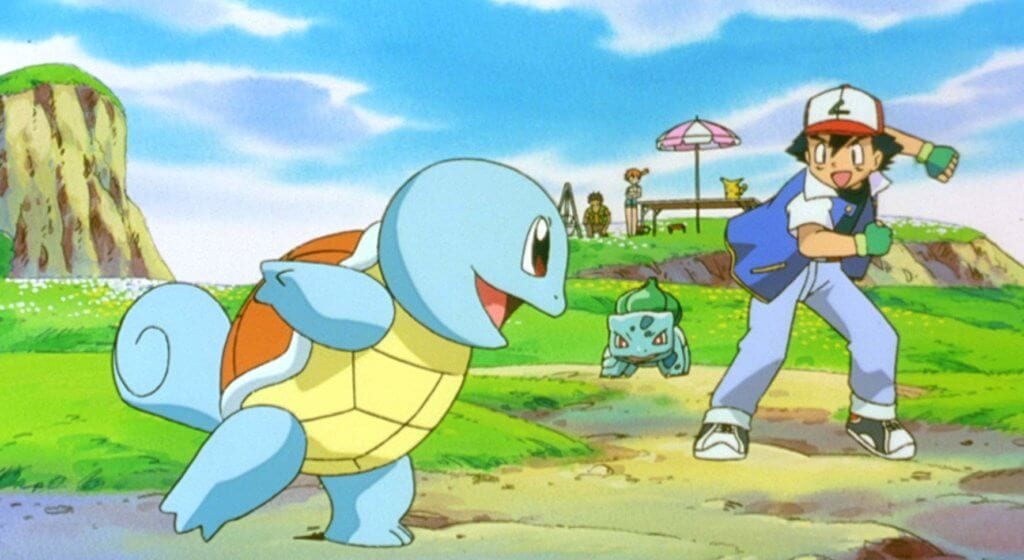 Mewtwo’s adolescence is immediately relatable. However, it pales in comparison with the most profound underlying theme of the film, which deals with the concept of finding how we are alike, rather than fighting over our differences. This theme is exemplified in two quotes, specifically, one by Mewtwo himself upon the realization that his actions were in error and the other by Team Rocket’s Meowth when he too understood that the sort of fighting that was happening wasn’t OK.

“I see now that the circumstances of one’s birth are irrelevant. It is what you do with the gift of life that determines who you are.” – Mewtwo

These quotes – that were both made by Pokémon, mind you, and not any of the human characters – are incredibly insightful and are, indeed, words to live by. They suggest that it’s not only possible to live in harmony with the majority of people who we may be different from in a myriad of ways, but that it is something that we ought to strive for. It may sound superfluous, and even a little silly to say, however, seeing this film at a young age was one of a handful of contributors to how I treat others who are different from myself in my day-to-day life. 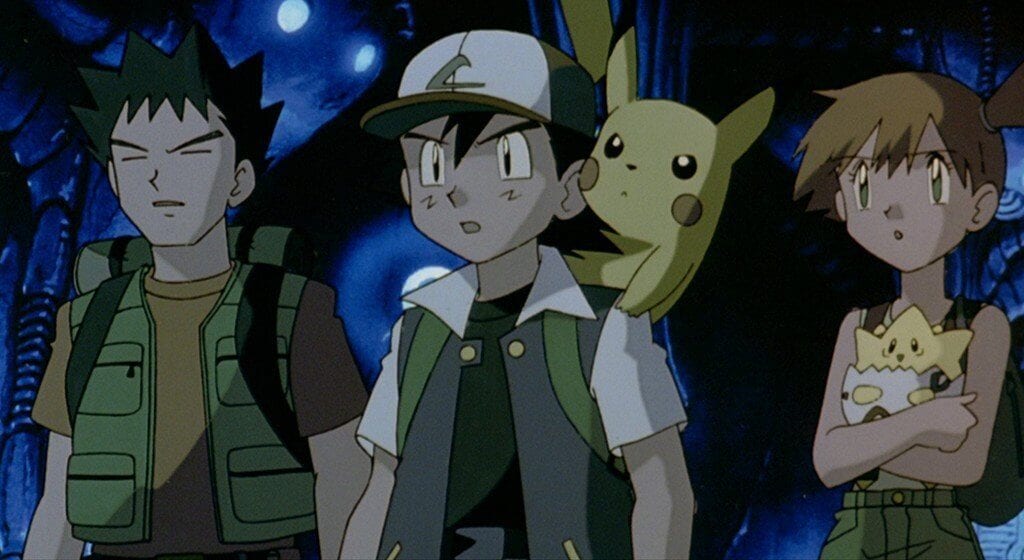 Mewtwo Strikes Back was followed by dozens of films, including one direct follow-up, Mewtwo Returns (also an excellent watch), but many of these, while showing a marked improvement in animation and other facets, sort of blend together in a generic way. They certainly don’t possess the same level of depth to their themes that the first movie does, and, with few exceptions, I was content to see them only once. The film also received a remake of sorts recently, forgoing the classic animation style for a CGI rendered one. This didn’t come off nearly as cleanly, and if they truly wanted to remake the film, then they should have by using newer animation quality rather than change the method entirely. It looks clunky (they’re no Pixar or Disney). Did you see this in theaters when it first released? I still have that stupid, unusable Ancient Mew card for the TCG, and I wore out my VHS a long time ago. Thank goodness for the DVD release.

I haven’t seen this movie in years

I go back and rewatch it a couple of times every year, and I love it just as much now as I did as a spry young trainer.

i need to rewatch Pokemon Movies

Gotta Watch Them All!…

I’ve seen all but a few of the most recent ones from the Sun & Moon arc. The “I Choose You” origin retelling was actually excellent as well.

I remember watching this movie when I was younger and I loved it. I might rewatch it sometime soon

Watched it when I was younger, and loved it. I have to admit that ending was a little emotional

Shoot, I still tear up when the ending rolls around LOL

I have a copy of this movie sitting around somewhere. It’s the movie that got me to explore more anime overall.

I think the music was better than the japanese version, but they removed a lot of story elements for the western release.

Holy crap, I can’t believe this movie is over 20 years old now. Mewtwo was very relatable, especially after the introduction and discovery of how he was being used by Giovanni. I especially loved the architecture of his island, how it was dark and alien and yet somehow seemed organic in its design. Not to mention the moment when Ash ran between Mew and Mewtwo’s attacks and Pikachu’s desperation to undo it, still gets me every time I see it.

Holy crap, I can’t believe this movie is over 20 years old now. Mewtwo was very relatable, especially after the introduction and discovery of how he was being used by Giovanni. I especially loved the architecture of his island, how it was dark and alien and yet somehow seemed organic in its design. Not to mention the moment when Ash ran between Mew and Mewtwo’s attacks and Pikachu’s desperation to undo it, still gets me every time I see it.