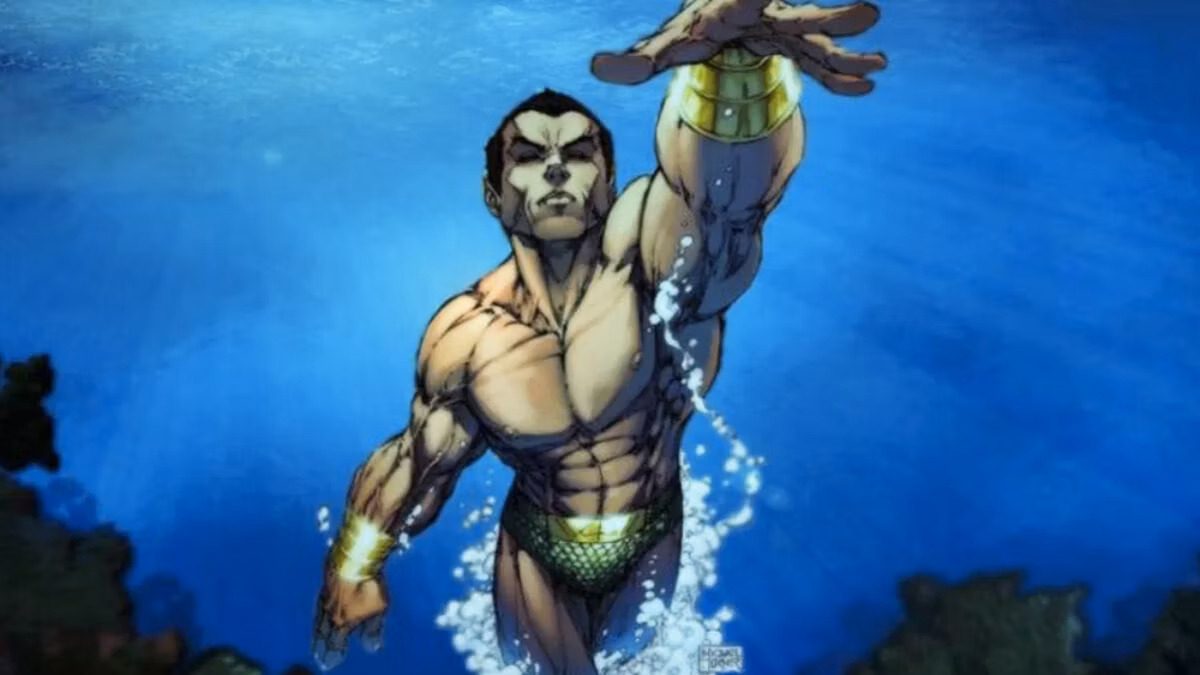 The Wakandans may be taking a trip to Atlantis. For some time now, there have been rumors of Namor, the Sub-Mariner, making his MCU debut in Black Panther: Wakanda Forever. When Tenoch Huerta – of Narcos: Mexico and The Forever Purge – was cast in the film as “one of the antagonists,” many assumed he would be playing the Sub-Mariner, but it hasn’t been confirmed. Now, Twitter account MCU Facility claims to have unearthed merchandising artwork showing Huerta as Namor, as well as Attuma, Namor’s archenemy. Check out the images below:

If these are real – and I have my doubts – Namor doesn’t knock my socks off. Merchandising art can be way off when compared to the actual film, as it’s hard to transpose an actor in heavy makeup and costuming to a graphic t-shirt or action figure (peruse your local Old Navy for proof of that), so it’s difficult to tell how well this look will work on the screen. But this image is silly-looking, which is weird to say because it isn’t much different from how Namor looks in the comics. Attuma fares better, possibly because he looks more like a cartoon or a comic book image than Namor, who was clearly modeled on Huerta. But that’s part of why I wonder if these are the genuine article; why does one look so much like the actor, and the other doesn’t? Maybe they’re taken from different pieces of merchandise. But I guess we’ll see when Marvel begins their marketing push for Black Panther: Wakanda Forever.

Do you think these images are real? Are you excited for Black Panther: Wakanda Forever? Is Marvel going to promote a Namor/Shuri showdown as the fight of the century? Let us know in the comments, and stay tuned to Geeks + Gamers for more Marvel mashups!