Breath of the Wild…. Innovation vs Expectation 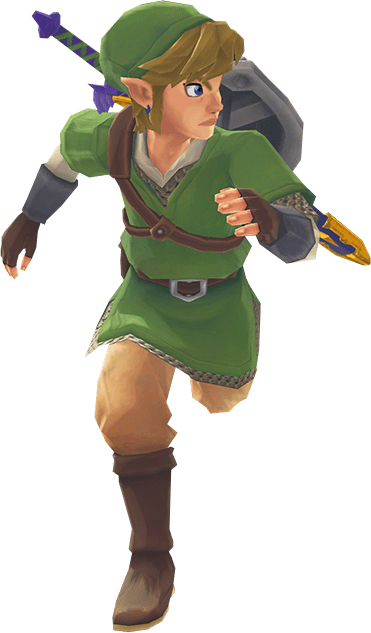 When I first saw screenshots for Breath of the Wild, I was intrigued by the prospect of an open world Zelda game. One of the things I especially like about Twilight Princess and Windwaker was the size of the overall map and the freedom to roam around. So naturally I was eager to sink my teeth into Breath of the Wild. Naturally the first title I bought for my Nintendo Switch was Breath of the Wild.

I remember that by happenstance, the first thing to arrive was my Switch and I didn’t receive the game until the following day. Frustrated and yet giddy, I did what I could while I waited for the game to arrive. I found a spot to safely place console away from the hands of my children and their dangerous sense of curiosity. I went through the obligatory system setup, installed the system updates, and chose my username (Star-Lord of course).

Once my initial setup was complete, I sat there and waited as the clock slowly moved towards the predicted delivery time. After an eternity, I  hear a knock at the door. I open the door and was thrilled to see the indifferent UPS rep. I said thank you and closed the door as gently as I could without slamming it. I tore open the package, the shrink wrap, and pulled out the beautiful cartridge.

Of course I couldn’t play right away, there were software updates for the game that needed to be installed. Finally I started the game, and my interest was piqued by the unusual opening scene. This opening was unlike any Zelda game before and so I stumbled around blindly until I came across the obligatory guide for the start of the game. I was niave as to the inventory system worked and I used up all of my inventory supplies almost immediately and out of frustration I restarted the game. This time around I knew that items were fragile and some hard to find so I knew not to be so reckless.

I took the time to listen to the guide more closely and with a little effort I found the first shrine. I completed the shrine without any real difficulty and began carry on from there. I was intrigued by Rune powers especially the bombs as it meant I didn’t have to worry about running out of them.

Once I completed the training portion of the game, I started out on my quest and much to my glee I saw another shrine right in front of me as I landed. I completed the shrine and started to hunt for more. My brother had advised that the beauty of the game was wondering off aimlessly and completing shrines, so that what’s I did.

I decided the I would look a few items up on a walkthrough just to give me a basic roadmap on where I needed to go eventually. While looking for the first town to visit, I looked for the most important aspect of the game…. where is the Master Sword?

Once I found out that you had to have 13 hearts (via spirit orbs) in order to get the Master Sword, I was a man on a mission. I did almost nothing but pursue shrines as I desperately wanted to get my hands on the Master Sword, and after several hours of gameplay I charged towards the lost woods. I had grown tired of swords breaking in the middle of a fight and the mad dash to replace it, and once I had the Master Sword it would not longer be an issue.

Once I had the glorious weapon in my hand, I went straight to work on vanquishing Gannon’s minions….. What is this? The Master Sword is limited? This was when I finally began to admit to myself that Breath of the Wild in it’s effort to innovate had subverted my expectations and made some very unwelcome changes…

With that lengthy preamble out of the way….

As I previously stated, one of the things that I looked forward to and still like about Breath of the Wild is the sheer vastness of the game. Even after I completed the game and was left with mixed emotions, my opinion did not change in that regard. That was the one change that was very much welcome and I hope they continue it in the future.

There are a few grievances I have with Breath of the Wild, but I want to start off with the lack of Dungeons. While the shrines are clearly meant to supplement the absence of dungeons/temples, there are valid substitute for them. The Devine Beasts are closer in nature to the temples but even then they leave you wanting.

Shines for the most part are nearly identical to one another and the Devine Beasts even more so. Skyward Sword took you though some of the same temples more than once but they took the original approach of having you explore new sections and you were also able to take advantage of items you didn’t have the first time around.

In an effort to break the mold of previous Zelda titles, they took away one of the highlights of the game. Take any Zelda Title since Ocarina of Time and you will see dungeons that are separate and unique in their own way. (Disclaimer I never really played Majora’s Mask. I played it for an hour before I gave up as it was too bizarre for my taste.) Since we know that the next Zelda title is going to be Breath of the Wild 2, I would hope that Nintendo would restore dungeons to the quest.

As previously I alluded to, I was not very keen with the new approach to weapon durability. I can recall having a number of weapons in my inventory that I refused to touch unless I was fighting a large monster or guardian. It didn’t make sense to wear down a powerful weapon on a wave of minions when it could mean the difference between life and death later. Worst of all, why in the world would you weaken the master sword? I knew part of it was to lead into the Trial of the Sword, but why should it need to recharge (break)….

The story itself was okay, I liked the fact that the villain was Gannon and not Gannondorf. The fact that Nintendo demonstrating a bit nostalgic was a nice touch. The memories side quest didn’t do much for me as it felt more like a homage to The Bourne Identity. The main quest essentially says “go defeat Gannon” and that’s it, I feel they could have fleshed it out a little further.

My final issue with the game is that once we finally get to Gannon, the fight is almost too easy. Its been a while, but if I remember correctly I defeated Gannon on my first attempt without dying. The fight was not as challenging as I had anticipated or hoped for and once it was over I felt let down.

In a desire to update gameplay, I believe Nintendo went overboard and changed too much including elements that made Zelda fun to play. I can only hope that they bring back what made Zelda so iconic as a series without taking away the open world aspect.

On a side note, I’m rooting for a remastered release of Twilight Princess, Windwaker, and Ocarina of Time for the 35th Anniversary.

This was my second real blog post and so I didn’t proofread it as much as I would have liked (I was working nights at the time) but since I never expected this post to be found, I’ll take it worts and all.

Before Christmas I had replayed the game some and my attitude towards the game had softened a little, but there are two things I still don’t like which I hope are fixed in BOTW 2… Temples and weapon durability. If I had to choose one thing only it would easily be to get temples back.