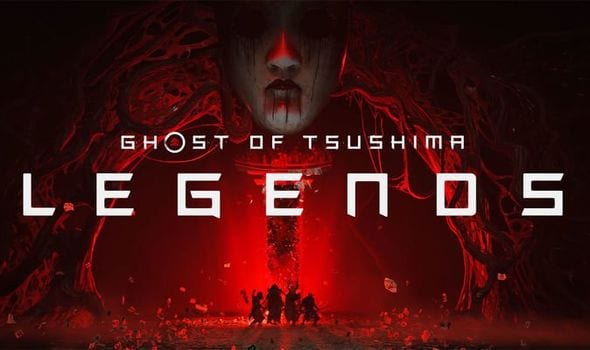 The visually stunning free update was met with fan appraisal, “Legends is one of the best free updates I’ve ever played. Enough said.” @GermanStrands via Twitter.

The update gives you the option to choose between four characters. Either Samurai, Ronin, Assassin, or the Hunter.

Each option gives users a unique set of skills and abilities to utilise throughout multiplayer mode.

Having experienced it myself, I realised the update added a deeper layer to the supernatural aspect that was hinted at during the original story.

This update takes it to a whole new level. It applies added backstory, immersive colour scheme and interactions, to floating rocks in the sky. Which I can only describe as Avatar like.

Multiplayer mode uses terrain from the original landscape, however, covers it with a deep red glow that surrounds players. Adding a higher sense of danger and immersion for users.

The online gameplay has a few minor glitches, for instance I loosed an arrow at an enemy and he just vanished before it could make impact.

A minor inconvenience in a somewhat otherwise fantastic update.

I look forward to exploring this update more while collaborating online in a multiplayer setting.

My wife usually has good instincts for what to get me for Christmas, birthday, ect but this year she’s asked for suggestions. I have mentioned only one thing as of yet…. Ghosts of Tushima