The Demise of “Civilization” 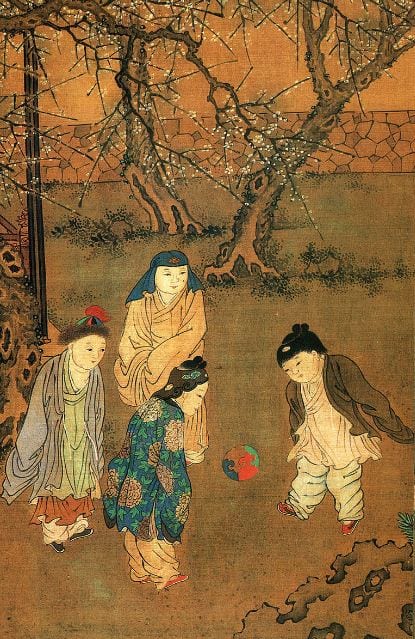 When the people who became later known as ‘The English’ were running around in loincloths, there were ‘civilizations.’ Arts, sciences, bureaucracies, scholars, city centers, debates, books, timetables, libraries and hospitals. “Westerners” and white people didn’t ‘invent’ “civilization.” They have come and gone for millennia. Any argument otherwise is a lie. One civilization rises, another falls, for any number of different reasons. There are no BLM riots in Japan right now. Nobody in Papua New Guinea is rioting against ‘Western Civilization’ right now. https://en.wikipedia.org/wiki/List_of_cities_and_towns_in_Papua_New_Guinea

Antifa has no presence in the Republic of Vanuatu. https://en.wikipedia.org/wiki/Vanuatu

They probably have no idea what the hell is happening in the U.S. or England or Australia or Canada.

Whatever bullshit is happening in “The West” as people call it, civilization will continue as it has in countries which have nothing to do with it. Well, at least until whoever ends up with power invades those remote or isolated places to ‘liberate’ them from their ‘civilization.’

To be ‘civil’ or ‘civilized’ usually means to live your daily life, work, eat breakfast lunch or dinner, hang out, meet people, gather with family, celebrate something, and get old, in some sort of stable, or acceptable peace with which you can coexist with the human beings around you.

The fact is, ‘civilization’ is kind of nebulous idea that many people grasp without having taken any political science classes.

To end it, to ‘deconstruct’ it, to cancel it, to ‘re-shape’ it is utterly pointless and insane. “Civilization” is some sort of human endeavor that continues so long as people carry it with them, and grasp that it is better to have some sort of stable world in which to live to have families or even to get drunk on the weekends, that you’re not busy fighting wars or suffering total chaos in the streets. You can’t live normally while that’s going on.

People from all over the world of all ‘races’ get up, they do some kind of ‘work,’ hope to get laid, maybe get drunk, eat, attempt to enjoy something in life no matter what that might be, and proceed with some assumption of not wanting to run from getting killed or raped every day.

To say that “civilization” is some sort of con invented by ‘white people’ is one of the most absurd ideas any psychotic person could have ever imagined.

All over the world are commonalities. People gather to celebrate things. They get drunk. They light off fireworks or have some kind of ‘light shows.’ They have sports. Bullfighting. Games. Anything. It differs around the world. They have courting rituals. They do things that aren’t taken seriously. All people like ‘fun.’  They observe various measurements of time and math. They build things to make their lives ‘easier.’ It’s what all people do, and it’s what ‘civilization’ is.

Ultimately, this idea that ‘civilization’ is ‘western civilization’ and was invented by sinister ‘white people’ and nobody before this ever did anything like this is a lie.

What kind of children do we have now who ‘reject’ “civilization?” And what is it exactly they intend to replace it with?