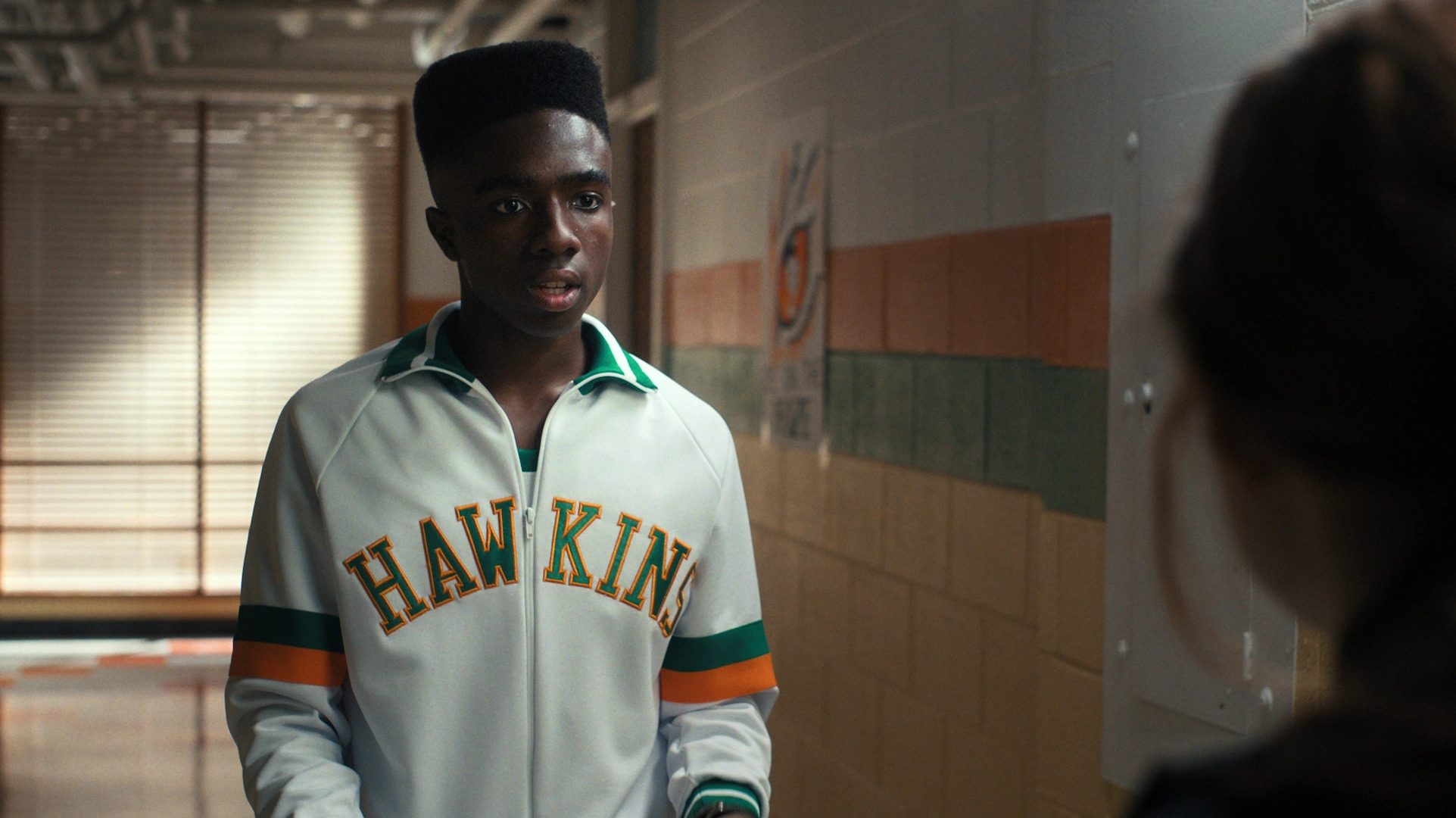 Stranger Things’ Caleb McLaughlin has been making the headlines because he thinks you, the viewers, are racist. In the video below, McLaughlin says, “…my very first Comic-Con, some people didn’t stand in my line because I was black. Some people told me, like, ‘Oh, I didn’t wanna be in line because you were mean to Eleven.’ Even now, some people don’t follow me or don’t support me because I’m black.”

here's caleb talking about how he had to deal with racism just because he was "the black kid who was mean to eleven in season 1" and felt like it was important to share his thoughts on that :) #StrangerThings #TUDUM #CalebMcLaughlin @HComicConBE pic.twitter.com/JZoXS9aaBW

In other words, fans didn’t like him as much because the CHARACTER he played was MEAN to another CHARACTER. This wasn’t about skin color because the characters’ skin color was never mentioned. However, Caleb translated this to mean that everyone is racist if they don’t like his character. Ironically, here is a video explaining why his character, Lucas had every right not to trust Eleven from back in 2017. He even said back then that he didn’t understand why fans did sympathize with his character’s behavior. This seems to just throw out his entire narrative of fans being racist.

He continues, “Why [do I have] the least amount of followers? I’m on the same show as everybody from season 1. My parents had to be like, ‘It’s the sad truth, but it’s because you’re the black child on the show.'”

Let’s break this down. This is where we have come to in society: judging the number of social media followers a person has. This poor child was raised to believe that the more followers you have, the cooler you are, and somehow, the less racist you are if you follow everyone! The second part of Caleb’s statement is terrible. His parents raised him to think he was less of a person because of his skin color. Horrible parenting; the parents should be ashamed of themselves.

As for myself, I was never a big Lucas fan until he started dating Max. I thought their relationship was adorable, and he really grew on me in season 4. You sympathize with his character wanting to be cool, fit in, and not get bullied just for being a nerd. He decides to help his real friends and ditches the popular kids. He still clearly cares about Max, even though she dumped him because of her traumatic past (including watching her brother die). He does all he can to protect Max, including knowing her favorite song (thus saving her life in the graveyard).

At the end of season 4, Lucas desperately tries to save Max from Vecna again. But this time, he can’t, because he is getting beaten up by Jason, an older, stronger athlete with a gun! Lucas catches Max as she “dies” (we shall see) in his arms, cradling her and sobbing.

He has such character growth from the first season! But because I don’t actually care about the actor in real life and do not follow him (or any of his cast mates, for that matter) on social media, I am a racist! Ironically, I despise Mike, Will, and Eleven in season 4. Does this mean I, a white wahmen, am racist towards other white people? This is just another out-of-touch Hollywood actor who thinks he is oppressed and the world is racist.

What do you make of Caleb’s comments? Let us know below.