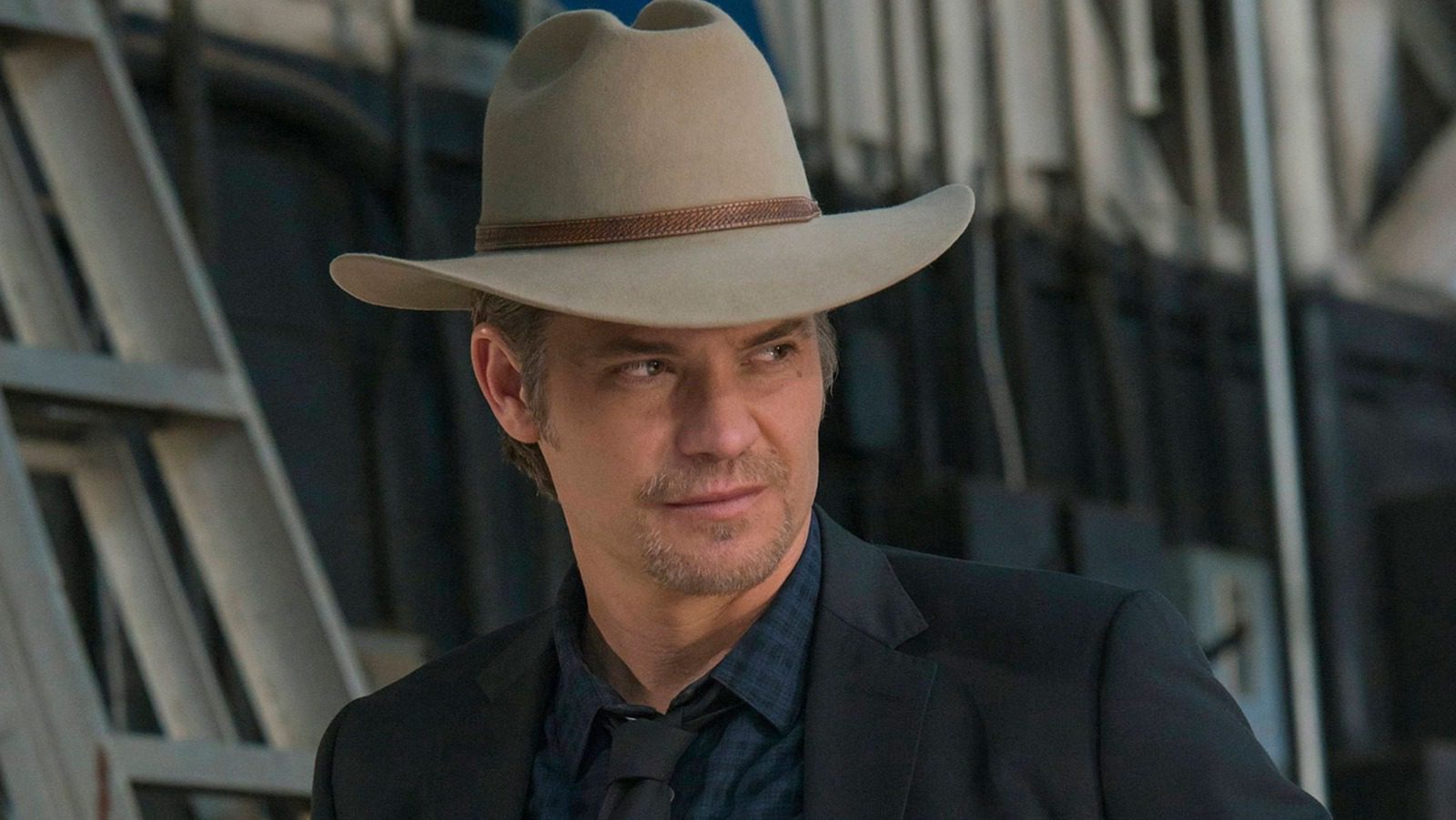 Almost ten months ago, we learned through Variety that the producers of Justified were developing a series based on Elmore Leonard’s novel City Primeval: High Noon in Detroit for FX. Furthermore, they wanted to bring back Justified’s hero, Raylan Givens, to be played again by Timothy Olyphant, either in a limited capacity or as the protagonist. Well, we finally have some news: Olyphant will indeed return as Raylan, he will be the lead character, and the show will be a limited series called Justified: City Primeval. According to Deadline, the story will pick up with Raylan still in Florida and raising his now-teenage daughter with his miserable harpy of an ex-wife until he’s sent to Detroit on Marshall duty and pitted against a madman nicknamed “The Oklahoma Wildman.” No one besides Olyphant has been cast yet, and no release or production timetable has been set.

If you haven’t seen Justified, I highly recommend you give it a try; it’s on Hulu, if you have access to that. This show had the feel of an Elmore Leonard story down pat, especially the incredible dialogue, some of the best TV’s ever had. Raylan is a cowboy born in the wrong era, an old-school gunfighter who’d much rather settle a bad guy’s hash with pistols at high noon instead of a courtroom, but the law prevents him from doing things his way – usually. So far, we’ve seen Raylan in Kentucky and Miami (the latter mostly in the books); I like the idea of bringing him to Detroit, a cold, Northern city, where his cowboy motif will be an even more glaring contrast to the grit and squalor, so he can go all Coogan’s Bluff on some urbanites. And it’s still very much in keeping with the Elmore Leonard feel; his crime books tend to take place either in Detroit or Miami. As I said last time, perhaps my greatest hope for Justified: City Primeval is that Raylan wears his Stetson again; that hat he took from Boone in the finale is nowhere near as cool. And as much as I’d like to see some of the other characters from Justified come back, I don’t know how any of them will fit into this story. We all love Boyd Crowder, but how would he end up in Detroit with Raylan? (Also, his final scene with Raylan – the final scene of Justified – put the perfect button on their frenemies relationship.) Regardless, I’m all set for this.

Are you looking forward to Justified: City Primeval? Did you watch the original series? Is it worth bringing back Art Mullen just to see Neal Searcy in promotional interviews? Let us know in the comments, and stay tuned to Geeks + Gamers for more TV news!

I loved the show and was sad when it ended, but the conclusion felt natural and not forced. Olyphant fit Raylan perfectly as did all of the other cast. I’m looking forward to seeing his character in a different setting.

Agreed. Elmore Leonard was very happy with Olyphant as well, and if you read the books, it’s easy to picture him in the role.

Can you please do trailer breakdown of Moon Knight??

I will, later tonight.