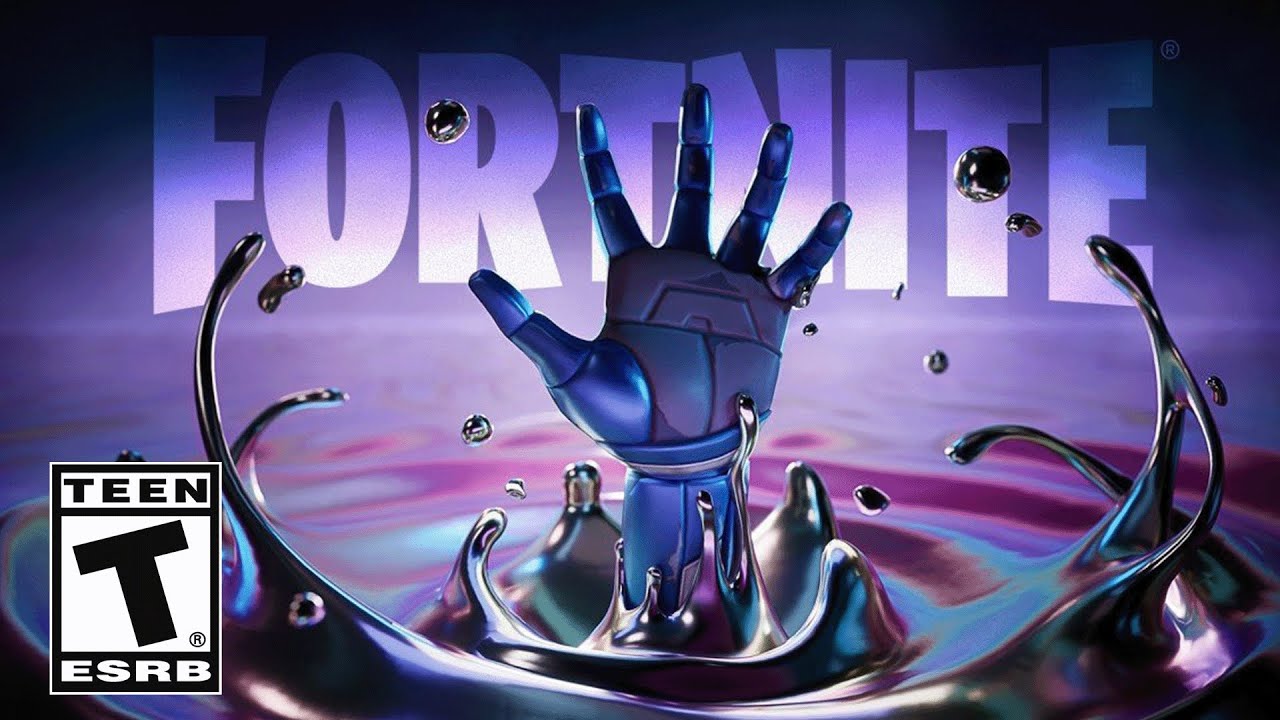 The last couple of days have had some gaming news related to the games we’ve seen Geeks + Gamers plays coming out on Twitter.

Fortnite put out a thread of tweets that had the word “Chrome” hidden in it, and when fans responded with the keyword, Fortnite replied with one of four different photos they used of four different hands coming out of liquid metal. The Epic Games Twitter account tweeted one of those images, stating, “It consumes everything. #FortniteParadise”

It consumes everything. #FortniteParadise pic.twitter.com/vPojPyaC6y

Might these be teasers of skins in next season’s Battle Pass? What will something “consuming everything” mean for the map or gameplay changes next season?

SRL checking in—were you floored by the Splatfest announcement? Rest assured that we are diligently researching what WE would bring to a deserted island! Regardless of your choice, clear your calendar now for Friday, 9/23 starting at 5 PM PT through Sunday, 9/25 at 5 PM PT. pic.twitter.com/ysohezqi5i

The theme will be, what would you take with you to a deserted island? The timing is Friday, September 23rd, at 5:00 PM PT until Sunday, September 25th, at 5:00 PM PT. They also put out a tweet saying they plan to reduce the number of Tri-color Turf War battles and that they’re continuously working on improving the matchmaking.

[Notification] In the next Splatfest, we’ll reduce the frequency of Tricolor Turf War battles compared to the Splatfest World Premiere. Users may encounter regular Turf War battles more often even if they choose Tricolor Battle. We’ll continue to improve our matchmaking system!

Fall Guys released a video about the new season that’s starting September 15th. The name of the season will be Season 2: Satellite Scramble. There will be eight new rounds in the new season.

one small step for a Fall Guy, one giant leap for our team pic.twitter.com/MTFw8uNSrW

On August 23rd, Among Us did a small update adding food-themed Cosmicubes and fixing a major complaint by adding change map from the lobby.

our small update (v2022.8.23) is out, featuring:
– two new Food Cosmicubes! get all new food themed cosmetics and look like a snack
– ability to change the map from the lobby
– minor store changes, bug fixes & more

hop in the game to check it out ✌️ pic.twitter.com/Y17cUDxAuE

And on September 13th, they hinted at a new collaboration coming soon.

a new Crewmate collab is coming on board to help out with tasks soon… 👀 pic.twitter.com/Fj1bMZqEZw