Halloween 5: The Revenge of Michael Myers is the fifth installment in the Halloween franchise. Directed by Dominique Othenin-Girard, the movie follows Jamie after the shocking events that closed out Halloween 4: The Return of Michael Myers. Jamie is in a mental institution receiving treatment for both her actions and the traumatic experiences she went through one year prior while her uncle has returned to take his revenge. For the most part, I am indifferent to this movie. I neither hate it nor love it. It just exists in my eyes. There are some good aspects to it, but there are a bunch of bad things that cannot be ignored. 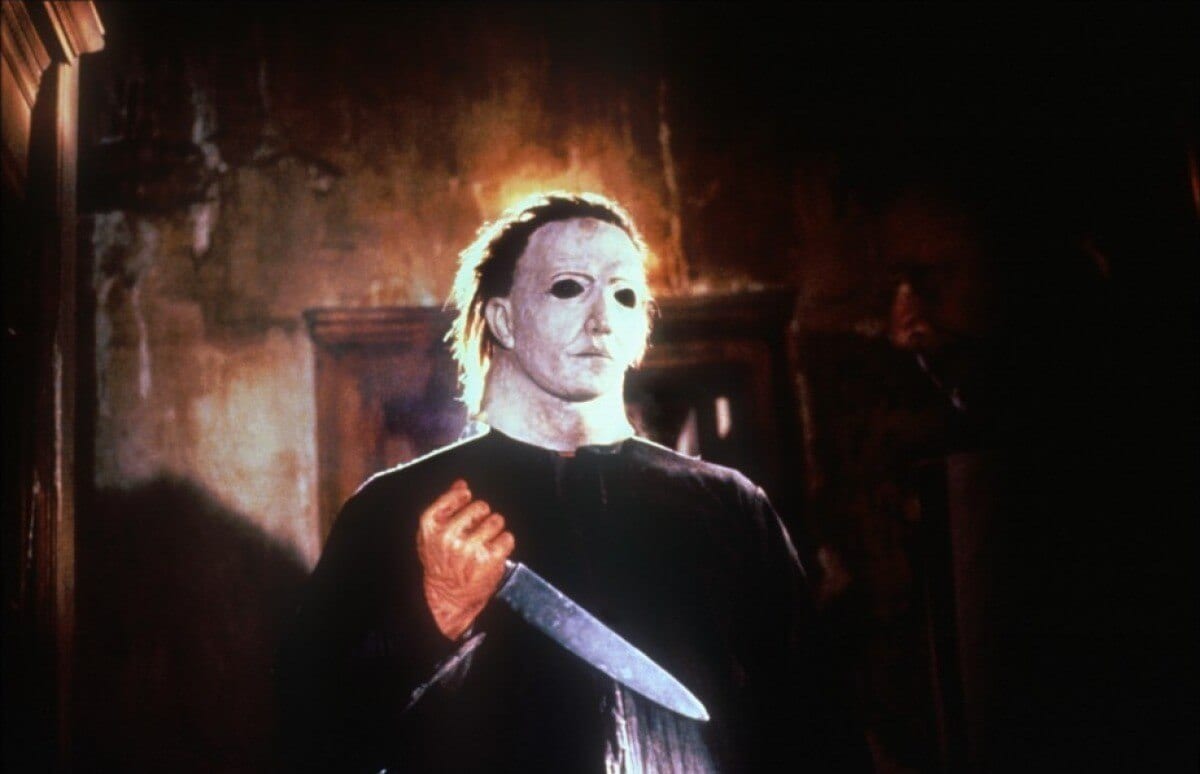 The cast is pretty good for the most part, with returning players Donald Pleasence, Ellie Cornell, and Danielle Harris all doing solid work here. The new additions are where the film gets bland. Wendy Kaplan as Tina is okay. A lot of people hate her character, but I actually really like her. Despite her being selfish and loud, she really does care about Jamie, and Kaplan does a good job with the material she’s given. Jonathan Chapin as Mikey is a throwaway role. Matthew Walker as Spitz is fine, as well, but he is, once again, a pretty one-dimensional character. Tamara Glynn plays Sam, Spitz’ girlfriend, who is obviously just there for sex and death. She isn’t given a personality at all. Beau Starr returns as Sheriff Meeker, but truthfully he isn’t given much to do, which is disappointing since he is genuinely good in his role. There are also two cops in the film that are there for “comedic” purposes. They walk onscreen accompanied by clown music. They’re annoying, not funny, and feel like a questionable addition to the film.

From a story and writing perspective, this movie is a mess. The creative team, in effect, retcon the ending of the fourth film in order to keep Jamie as a victim character. That’s fine, but it cheapens a previous movie’s ending and gives us, in its place, something lackluster in comparison to what could have been. There also is an added “character” who does nothing more than just walk on screen, kicks a dog, and then show up at the end of the film for one of the dumbest horror movie endings I’ve ever seen. The writers for Halloween 5 flat-out admitted that there was no real direction intended for this setup and that future writers would have to figure it out, which is a horrible way to write a sequel. Halloween 5 winds up being nothing more than just setup for things that, supposedly, will pay off in a future movie. There is no “revenge” here as the title implies, there are no giant plot revelations, and there are really just a lot of haphazardly stitched together scenes that feature people dying. To make matters worse, this movie is so disinteresting at times that I looked at my phone semi-frequently. I hate doing that, but there are scenes in this film that are just boring.

That is not to say that some scenes aren’t good, especially with the cinematography in Halloween 5. I think the film looks really good visually. Director of Photography Robert Draper does a great job of capturing some really great wide shots, and there are a couple of scenes in the movie in particular that I think are great. Draper, like Collister in the previous film, does a pretty good job of capturing the feeling of Autumn and that Halloween atmosphere. Alan Howarth returns yet again to score the film, and overall he does a pretty good job. He continues to bring atmospheric music, as well as a pretty good rendition of the theme song. I do prefer the score for Halloween 4 more, since I love the way it pairs with the scenes of that film. I feel at times like the scenes in this film don’t deserve the score they got, as the music is more interesting than what is on the screen. It is best listened to separate from the images. 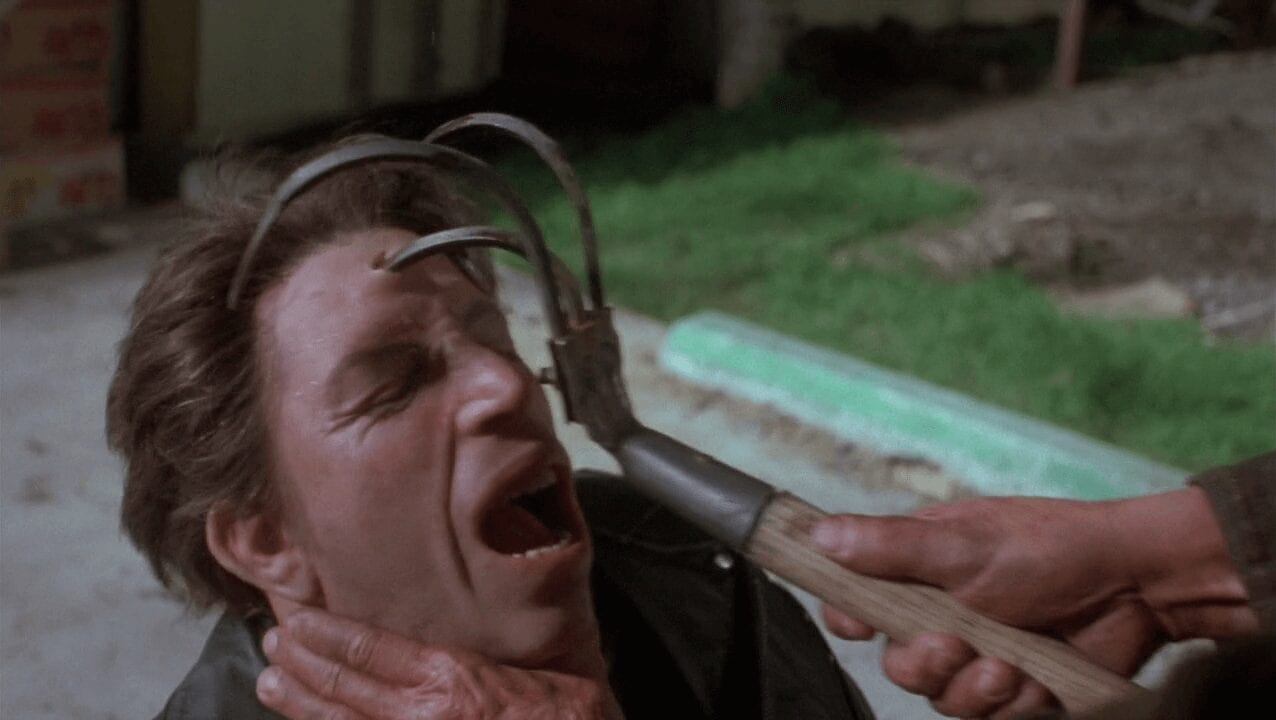 The kills in the film could be okay if they were not edited so horribly. The only kills that feel like they weren’t butchered in the edit are Spitz’s death and the cop’s hanging. Mikey’s kill with the hand cultivator was edited pretty terribly. The weapon comes down on his head, he falls back, and then there is a weird edit after that. Overall I wasn’t even impressed by any of the kills from a concept other than maybe Spitz’s death, but Friday the 13th did that kind of thing better. When your gore isn’t enough to elicit a collective shrug, your horror film is pretty boring.

Overall, Halloween 5: The Revenge of Michael Myers (1989) is a perfect example of why you don’t rush your film out before you’re ready. It is a mess of a film, with a jumbled “plot,” half-baked plot threads, and lifeless and poorly edited kills. The film is well shot and well scored, with some decent characters, but it is undeniably a step down from its predecessor.