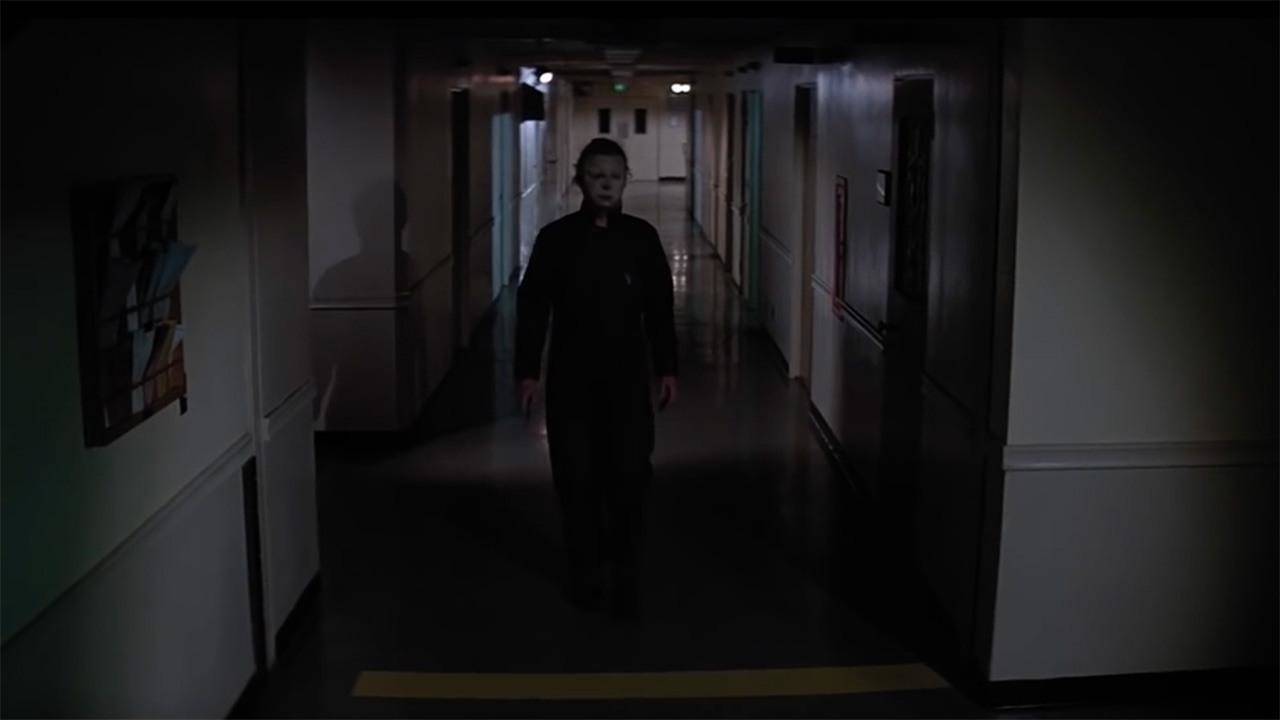 Halloween II (1981) is a horror film in the slasher subgenre, directed by Rick Rosenthal, which continues the story that began in the original Halloween (1978). After being shot and falling out of a window, Michael Myers disappears from the scene and continues to stalk the town of Haddonfield with his doctor, Samuel Loomis, on his trail. Meanwhile, Laurie Strode is taken to a hospital. When Michael hears of this, he heads there to finish the job he started all those years ago. Going into this rewatch, I knew already that I loved this film. It had been my favorite Halloween film for many years, due to its hospital setting and its malevolent atmosphere. After this rewatch, my love for it has faltered a little. I still feel that this is one of the best sequels in the franchise, but something, this time felt a bit off. Here are my (mildly spoiler-filled) thoughts on this classic. 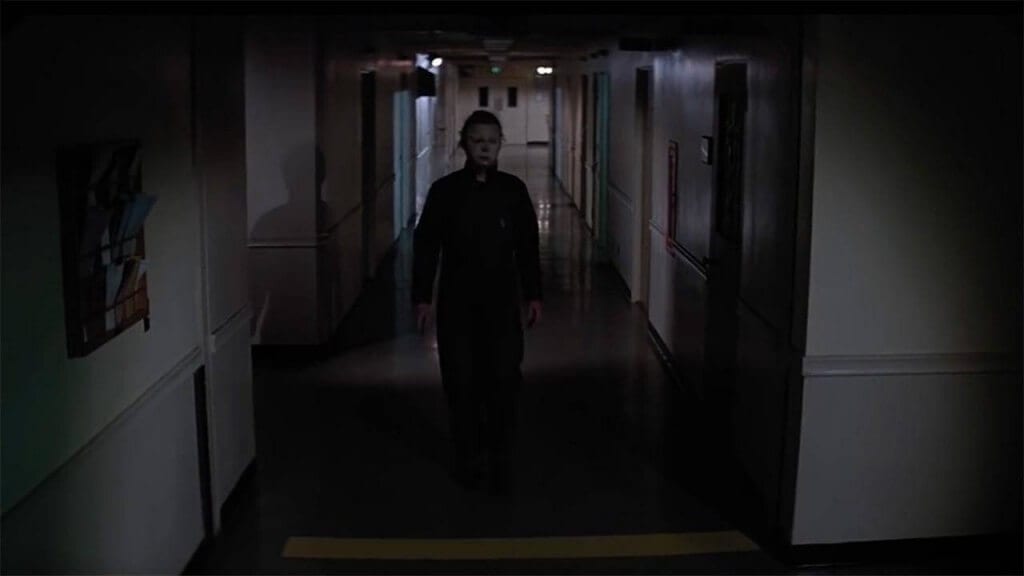 Jamie Lee Curtis returns as the great Laurie Strode once again, and while I thought she was good, she spent the majority of the runtime lying in bed and/or disoriented until the last fifteen minutes. Donald Pleasance classes it up as Loomis, as he does in every sequel he is in. He delivers the foreboding and legend-making dialogue so well, and his speeches about the darkness of Michael Myers are always riveting. The hospital workers in the film are pretty good, although they’re really there just to die for the most part. My favorite of them is Bud, played by Leo Rossi. He may not fit all that well with the midwestern feel and tone of the film, but he is certainly fun to watch. His incredible “Amazing Grace” scene is truly unforgettable. I think the standout of the film, however, is actually Dick Warlock as Michael Myers/The Shape. Some people aren’t a fan of his walk, but the deliberateness of it and how purely evil he seems is fantastic. He pulls off some pretty incredible kills as well.

The cinematography in the film is on par with the first, which is to say that it is fantastic. They brought back Dean Cundy to shoot it, revisiting the fluid camerawork that was made famous in its predecessor. It is clear that there was more money behind the film, as grander shots of police and extras are shown off along with some great one-takes, crane shots, and dolly work. Cundy also really gets into the usage of the hospital setting, demonstrating that just a wide shot of Michael Myers walking down an incredibly dark hallway can be chilling. Thanks to Cundy, I really hate hospitals.

Alan Howarth’s electronic musical score is definitely an interesting change of tone from the first film. The way he makes use of deep percussive beats and lower notes really heightens the positively demonic tone of this film. I would love to hear this score while watching Halloween II on the big screen. Although it is nowhere near as good as the original’s incredible music, it is still a definite positive for the film as a whole, accentuating some of its best scenes.

From a story standpoint, this film divides people. Some don’t like the added plot point of Michael Myers being Laurie Strode’s brother. Some think it unnecessarily complicates a fairly simple film. I, personally, don’t have a big problem with it. What I do have a problem with is how it is all revealed to Laurie. I am aware of the science behind memory repression, but the way that the creative team executed her remembering of traumatizing moments felt weak. This is a plot point that could totally work, and I think it is an interesting idea, but it is just the execution that bothers me slightly.

After completing the film, Carpenter did reshoots for the studio to add more violence to the movie. In particular, there is a kill towards the beginning involving a teen on the phone that stands out as quite obviously separate from main filming. The camerawork is stellar, but her death is utterly meaningless. It is there just to kill someone, and it does not mesh at all with the rest of the film. It is mostly irritating because it feels meaningless in an otherwise great movie. This might not bother some viewers since everything definitely looks amazing, but to me, it stands in the way of solidifying Michael Myers as a character and works against his motivations leading up to and after these tacked-on kills.

To some, the upped violence in this sequel also serves as a negative. The simplistic, nearly bloodless suspense and tension of the first film is rather iconic. Halloween II raises the gore factor, adding blood spatters and throat slitting. Although it is nowhere near as off-putting as an Evil Dead or Friday the 13th, it is certainly a notable difference in tone. Watching Halloween and Halloween II as a double feature could be jarring, as the first film is less graphic.

Overall, Halloween II (1981) is a good horror sequel that struggles to live up to the heights of its predecessor, but on its own delivers a beautifully directed, fantastically scored, and well casted horror flick with a standout portrayal of its villain. It struggles with some story issues and some unnecessary violence in reshoots, but overall it is still a really good entry in the franchise.