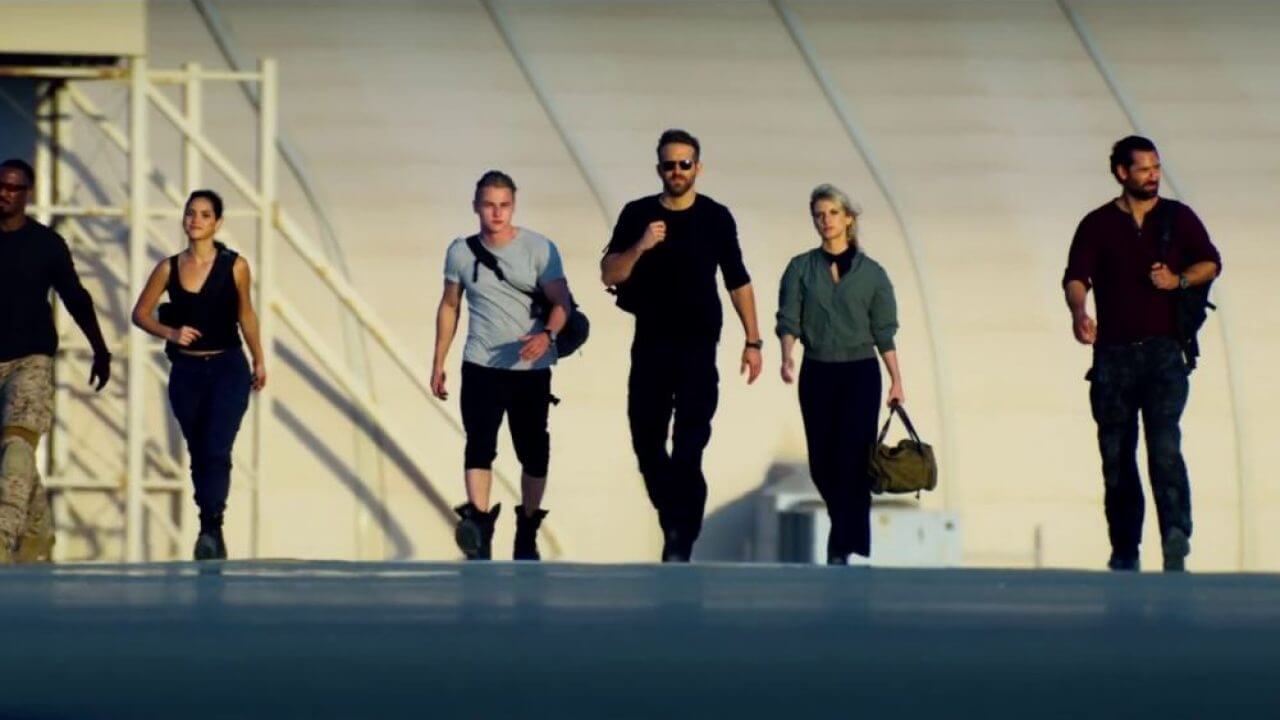 Netflix has become a fantastic platform for a myriad of creators. Artists such as Ryan Murphy, Shonda Rhimes, and more recently, Game of Thrones showrunners DB Weiss and David Benioff, have all made deals that set the industry abuzz. However, there was one area that they still wanted to break into: blockbusters. Netflix began taking steps toward this goal with the Will Smith film Bright. Bright was pitched as Lord of the Rings meets Training Day. This made director David Ayer, who had written the Oscar-winning 2001 crime film, the ideal choice to step behind the camera. Now, Netflix is taking a similar approach with director Michael Bay on the new movie Six Underground, starring Ryan Reynolds. 6 Underground is hoped to spawn a new franchise for the streaming giant. Having watched the Transformers films for the last decade, I was curious to see what Bay would deliver. Would we get another movie on the level of Bad Boys, or merely another misfire akin to Transformers: The Last Knight?

6 Underground opens with a narration from Ryan Reynolds’ One in the lead up to his becoming a “Ghost,” a member of a team of secret operatives. This is followed by what has got to be the most insane action sequence of 2019. The crew – known only by their numbers and functions for the majority of the film – struggle to complete the first phase of their mission, which culminates in Six, aka the Driver, dying as a result. From there, we get a look at One’s recruitment process, as he obtains the services of Delta Force sniper Blaine, who, upon faking his death, is given the number Seven. 6 Underground continues as we get a little more insight into their mission, which is to overthrow a corrupt dictator of the fictionalized country Turgistan, Rovach Alimov. They would then replace him with his peace-loving brother, Murat, after One saw several years earlier how Rovach treats his people. Threaded through their mission is the team’s growing dynamic as they learn to trust one another. Seven is constantly at odds with One over how he interacts with the team and his seemingly blasé attitude toward their lives.

At best, 6 Underground plays like a fun, even somewhat re-watchable mess. Often it feels as though it was made 10 to 15 years too late, thus being representative of the kind of action films Hollywood no longer puts out. After all, lately, they prefer to focus on the latest superhero opus. This is a big part of the reason why it was so crucial that this globe-trotting adventure was, at the very least, serviceable. Netflix should be the ideal place for a film like this, but it plays like a collection of Bay’s greatest hits without any sense of narrative drive beyond the next action set piece. This is compounded by the fact that the streaming service that started it all is seemingly content to bask in mediocrity without looking for ways to improve. What makes this all the more frustrating is that you can tell there’s a pretty good movie in here somewhere. That is no more apparent than with this cast, particularly Ryan Reynolds.

Throughout the film, Reynolds comes off as, well, Deadpool, albeit trying to be Tony Stark. Although at first there doesn’t seem to be much to the character other than that, you can tell Reynolds is trying to imbue him with a lot of pathos. His typical comedic style serves as little more than a facade here, allowing the audience to engage with One. This is far more palatable, with his tongue firmly in cheek for the majority of the film, save for a bit of his narration. As a result, Corey Hawkins’ Seven makes an excellent foil for him. I’ve been following Hawkins with regularity since his underrated turn in 24: Legacy. I was excited to see how he would work in 6 Underground, and he definitely adds a much-needed dose of reality to the film, as strange as that might be in a movie like this. While this film is by no means supposed to be a two-hander, Hawkins and Reynolds’ dynamic makes a great case for Netflix creating a new vehicle for the two of them. The rest of the cast – although they do fine with what they are given – are undeserved, and ultimately, their roles boil down to clichés. There’s an attempt to give one of them – Javier the hitman, aka Three – a bit more backstory, but it’s never taken to its full potential.

A lot of these problems, from the story to the casting, can be laid at the feet of Paul Wernick and Rhett Reese. I was excited to hear that 6 Underground was coming from them. Since they’ve worked with Reynolds so often, it’s no surprise the Deadpool and Van Wilder star gave a stellar performance. I only wish they had taken more time on the script and helped to ensure that this latest entry in Michael Bay’s filmography was able to go beyond the MTV fever dream the director enjoys so much.

Back in the late 90s and the aughts, Bay’s style was lauded as fresh and inventive, but these days it’s viewed as something that’s just been played out. A director having an immediately recognizable style should still be celebrated. However, when the film he is presenting to the audience is all style and little to no substance, it’s hard to root for Bay to succeed. This is true even with the context of films like The Rock, the aforementioned Bad Boys films, and yes, even a couple of the early Transformers films. 6 Underground is a movie with a lot of potential, but it can’t escape the thin script and Bay’s penchant for incoherent insanity. However, due to great performances from Reynolds and Hawkins, as well as an interesting underlying premise, I feel there’s a good film in here somewhere. If Netflix expects this to be a franchise, here’s hoping that they go for a little more substance over style next time.

6 Underground is a film with a lot of potential, but it can’t escape the thin script and Bay’s penchant for incoherent insanity. However, due to great performances from Reynolds and Hawkins, as well as an interesting underlying premise, I feel there’s a good film in here somewhere.