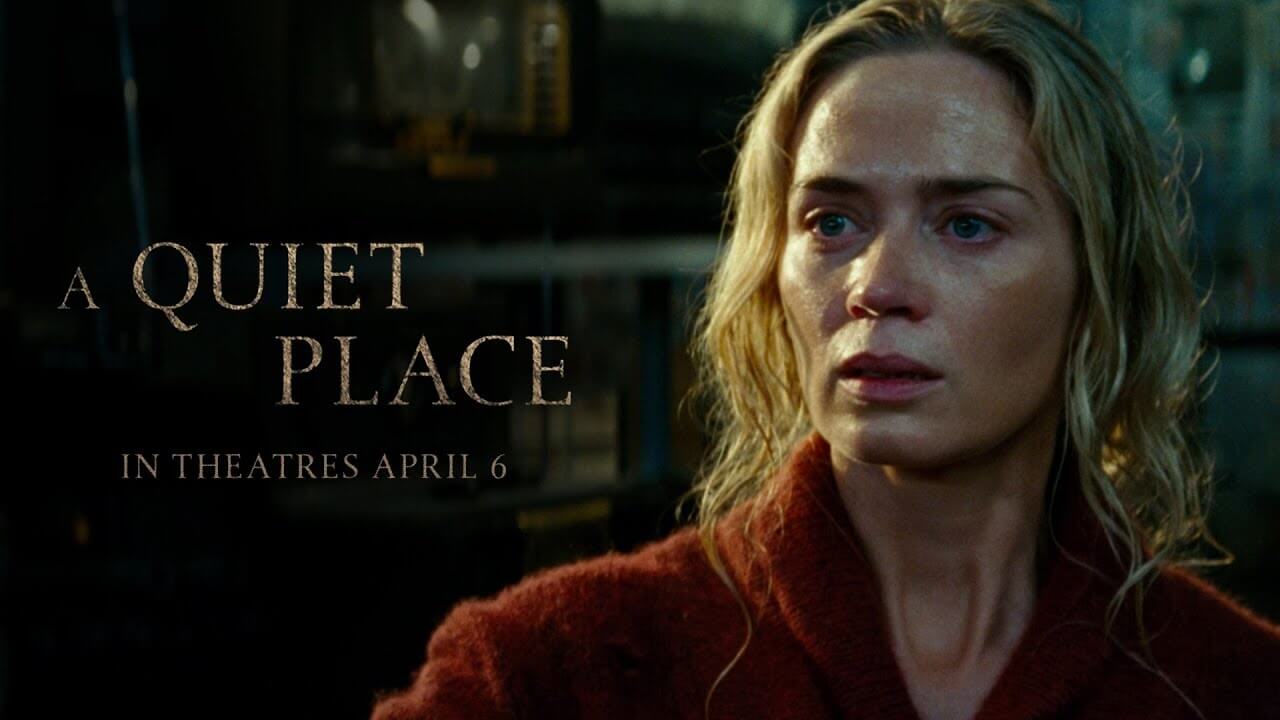 A Quiet Place, starring John Krasinski and Emily Blunt, follows the Abbott family as they survive in the aftermath of an event that leaves the world in ruins and dangerous monsters running around. As the creatures are attracted to sound, the Abbotts have learned to live making as little noise as possible, but after a confluence of events, staying quiet might not be enough anymore.

The performances in A Quiet Place are fantastic across the board. Krasinski and Blunt command the screen, believable in both the more intense sequences and the surprisingly tender ones. You truly believe them as parents; obviously the fact that they’re married in real life helps a lot. Krasinski in particular impressed me; he was great in 2016’s 13 Hours, but here he shines in a very different way. He authentically cares about his family and is tormented by a strained relationship with his daughter, as well as the events in the film’s opening. Krasinski truly embodies his role and his performance moved me nearly to tears. Millicent Simmonds kills it as Reagan, the eldest Abbott child. The character is deaf, as is Simmonds in real life, and that makes for a truly authentic performance. Her scenes with Krasinski are highlights of the film, and their relationship feels so real. The final member of the cast is Noah Jupe, who is also great as the youngest child Marcus. He authentically portrays a relationship between a young boy and his father, and his chemistry with both Blunt and Simmonds is to be commended. There isn’t a single weak link in this phenomenal cast.

The plot is rather simple overall: a family tries to survive in a world where they can’t make a sound, lest they be attacked by monsters. The obvious conflict is brought on after noise is made and monsters attack. What really sets this film apart from other horror movies is how they handle their characters. This family is so authentic and they have real problems, stemming from a horrible tragedy in the beginning of the film. This causes a strain in the family, and creates the most affecting drama I’ve seen all year. The fact that they do focus on the Abbotts and their problems really helps in the final act, when everything is going to shit and you’re rooting for the family to survive. When things turn ugly it’s emotionally devastating, and there is one particular scene that had me choked up all the way through the final moments.

I also really have to appreciate the thought that went into how the Abbotts have survived without making noise. Things like playing games with soft pieces rather than metallic or plastic ones, the sand paths that help them make minimal noise, and eating on lettuce leaves instead of plates add detail to their way of life in the nightmare surrounding them. It’s very clear that they’ve taken their time to figure out what not to do in order to stay alive. 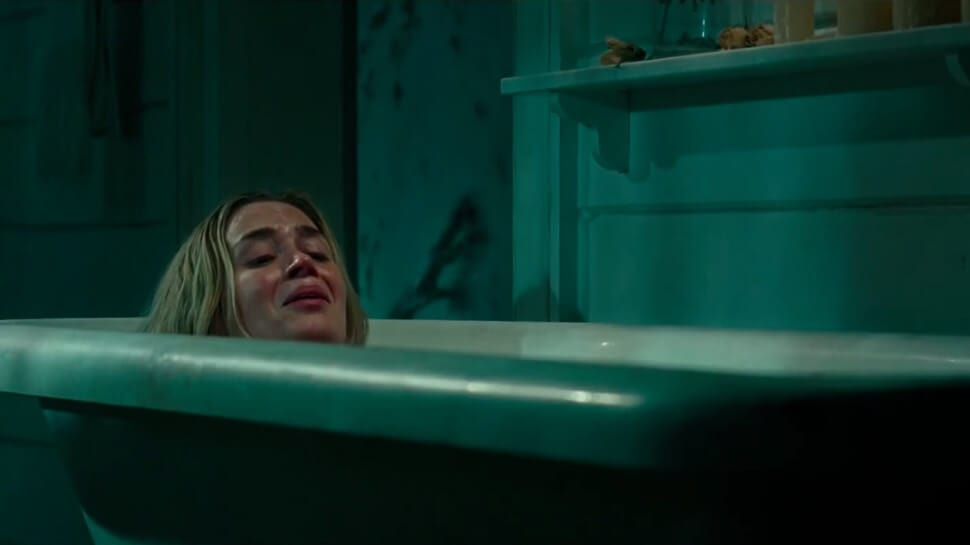 A Quiet Place is an absolutely gorgeous looking film. The cinematography by Charlotte Bruus Christensen both displays the beauty of the untamed, post-apocalyptic world, as well as magnifies the tension in the monster sequences. I love the way they shoot the monsters early on, deliberately obscuring them and keeping them in the shadows until the end of the film; when they’re finally revealed it’s GREAT. There are a couple of frameable shots that I can recall, but mostly I just remember the feeling of being drawn into every frame. Krasinski does a phenomenal job directing the movie. He truly knows how to get the best performance possible out of his actors and actresses. The film is also perfectly paced, without a single wasted moment. A Quiet Place is a breezy 90 minutes, and I didn’t find myself bored once. The editing is tight, and the sense of momentum is palpable.

Now, I think the most important question on your mind is, “Is A Quiet Place scary?”. The answer to that is, emphatically, yes. From the opening scene to the final frame, the tension doesn’t really let up, even amongst the more beautiful or emotional moments. Something always seems amiss and dangerous about this world, with any sound the characters make feeling like it could be their last. And the creatures, when shown, are scary as hell; they work based on sound but the family doesn’t seem to have worked out how much sound is too much, so they just try not to make any. In a lot of sequences, it’s so quiet you could hear a pin drop, which magnifies any potentially dangerous sound. 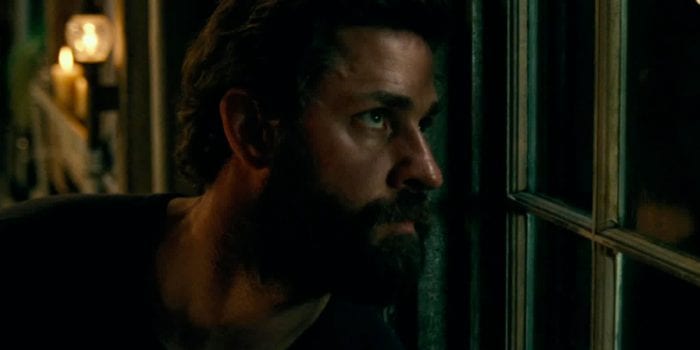 This perfectly segues into the sound design, which might be the most important aspect of A Quiet Place. The way that sound bleeds out of the film and how loud the sound is when monsters show up had me jumping out of my seat. I usually hate jump scares, mostly finding them cheap and lazy, but in A Quiet Place they utilize tension in a manner that doesn’t allow jump scares to defuse the constant tension; it helps that the majority of the jump scares aren’t false. Also interesting is that the sound bleeds out whenever we are viewing things from Reagan’s perspective, as she’s deaf. It actually helps build tension because she can’t hear the monsters coming and she can’t tell how much noise she’s making. True fear in a horror film is fearing something will happen to characters you care about. As stated before, they draw great characters in this film, characters you can really get behind, which, amplified by the excellent sound design, makes the chilling proceedings that much scarier. THAT is what a horror film should do.

The musical score by Marco Beltrami is another highlight. Beltrami has a knack for magnifying tension and helping the already fantastic performances elicit tears from the audience. He did this last year in Logan and pulls it off again with A Quiet Place. His score coupled with the beautiful imagery is so brilliant, all the dialogue could have been excised without detracting from the film. I found myself noticing the score in a good way, noticing how it ramps up the sense of dread, especially at the beginning of the film, and accentuates some of the emotional scenes among the family. Beltrami is quickly becoming one of my favorite film composers. 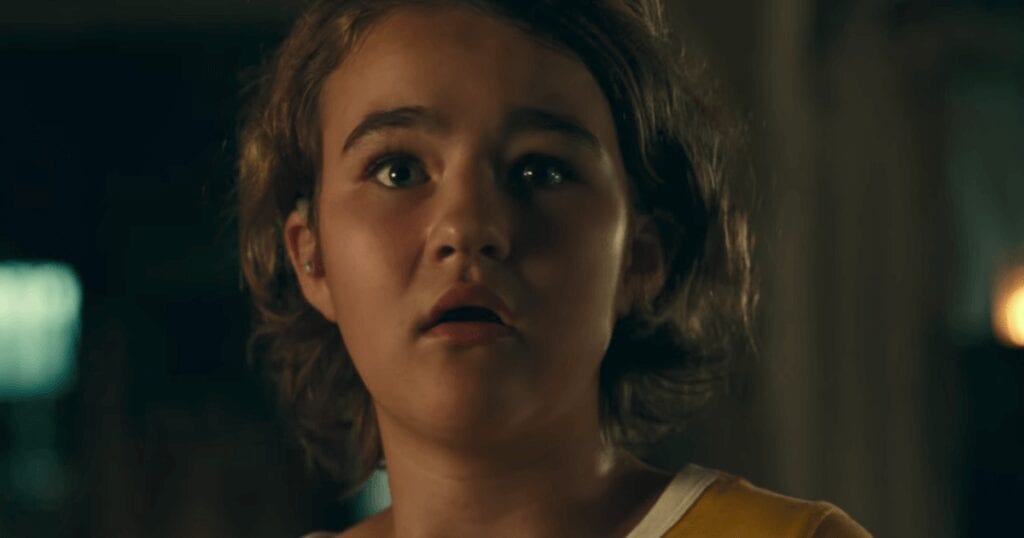 Honestly, I have very few issues with A Quiet Place. Perhaps it could have been a little longer and there are a couple of confusing choices made by the characters, but nothing that truly hurts the film in the long run. A Quiet Place is a thrilling, enthralling, and emotionally effective horror-drama. If you’re a horror fan, do yourself a favor and PLEASE support this film. Lord knows the genre needs it.

What did you think of A Quiet Place? Let me know in the comments below! Stay nerdy everyone!

A Quiet Place is thrilling, emotional, positively scary, and a film that shouldn't be missed.