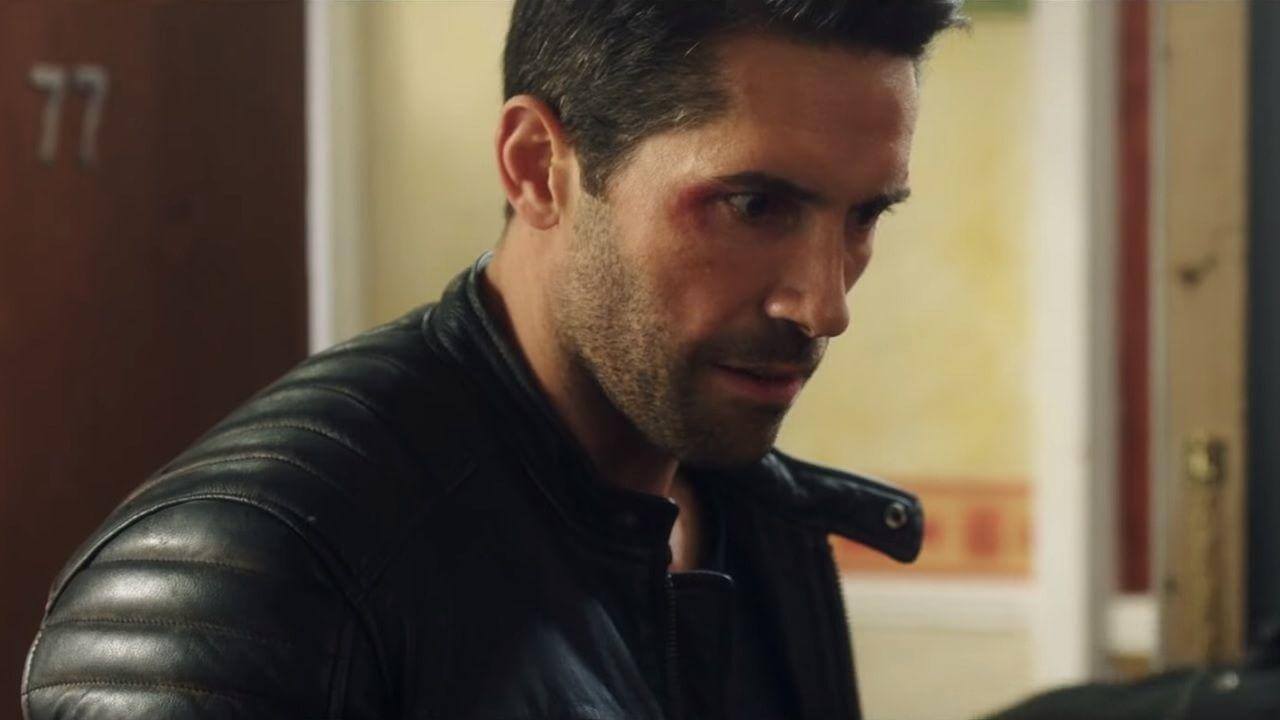 Comic book adaptation Accident Man is the story of Mike Fallon, an assassin who specializes in making his hits look like an accident. He likes his job, but when someone he cares for is taken from him, he begins to suspect the other assassins in his firm may be behind it. This takes him down a path of revenge as he follows the trail of the killer. 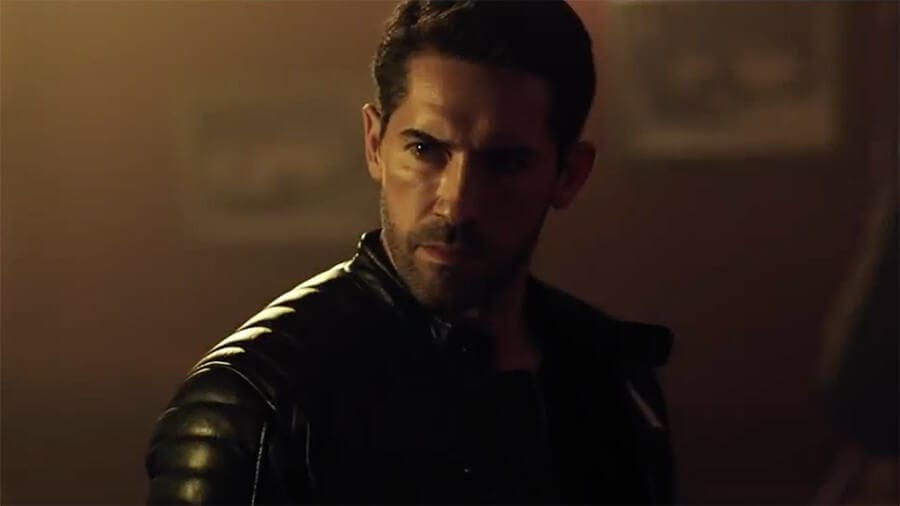 The cast of characters is one of the strong points of the film, led by Scott Adkins as Fallon. Accident Man is easily Adkins’ best film to date, allowing him to showcase his physical prowess as well as some really solid charisma. Adkins delivers some really great one-liners in this film, and showcases some pretty okay acting chops. Fallon isn’t a particularly good person, even before putting his employment aside. He’s selfish and rough around the edges, but when tragedy strikes it’s pretty easy to get behind his revenge mission, and Adkins does a solid job conveying this.

Ray Stevenson is great in pretty much everything, and he shines as Big Ray, the owner of the hit man bar, Oasis. They give some good backstory between him and Fallon that really pays off in the third act. Stevenson also does a good job of balancing intensity and pure likability so damn well. David Paymer plays the accountant, Milton, with such slime that I couldn’t help but find it entertaining. He doesn’t get a huge amount of screen time but he’s an important character to the proceedings. Ashley Greene is really good as Charlie, who shares a deeply personal connection with Fallon. She’s feisty and clearly plants her feet in the ground as far as what her stance on Fallon is in her first scene. Her character doesn’t get to do nearly enough, but what she is given is solid. (She’s also stunningly gorgeous.) 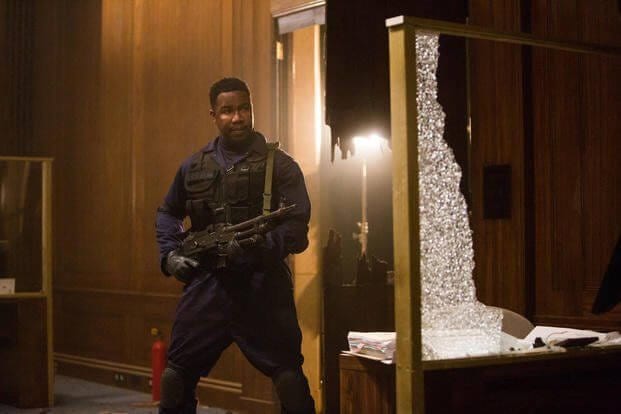 The best bright spots of the supporting cast, however, are some of the other hit men from Oasis. Michael Jai White and Ray Park play an assassin duo, and they’re so much fun to watch together. Perry Benson plays Finicky Fred, an assassin that tests out different ways to kill on random people from a phone book. He’s one of my favorite side characters, as he’s just so different from the other assassins. He’s not a fighter; he’s almost a scientist character, and Benson uses this to comedic effect. Ross O’Hennessey plays Carnage Cliff, a crazy motherfucker with an ax who specializes in separating limbs and heads from bodies. He doesn’t get to do a whole lot of talking, but he’s a physical monster and is incredibly intimidating. Then there’s Poison Pete, played by Stephen Donald, who is nothing more than a weird dude who acts like a rat and barely speaks anything resembling the English language. He’s definitely used for some awkward comedy, and I mean that in the best way. Donald plays a weirdo really well… so props to him, I suppose. This leads me to the final assassin, Jane the Ripper, played by Amy Johnston. This is my first exposure to her as a stunt performer and actress, and for the most part she does an okay job. She plays Jane as a femme fatale, going for sexy and deadly, which she pulls off for the most part. She doesn’t appear to be all that versatile, but as a physical force she’s first rate. Her fight in this film is thrilling and so well performed.

The plot for Accident Man isn’t particularly new. It’s mostly a tragedy-sparked revenge tale, but it’s executed well enough, entertaining enough to follow, and I was definitely compelled to watch Fallon hunt down all those responsible for crossing him. I wasn’t very surprised by how it turns out, but along the way there are some pretty good character moments, in particular, between Ray and Fallon, and Fallon and Charlie. Where the film separates itself from other revenge tales I’ve seen is in the tone. I liken it to a cross between The Losers and the gleeful violence of Kick-Ass. It’s not all gray and morose; there’s a healthy dose of humor and pure fun that helps the not-so-fresh plot feel less recycled. Accident Man also features a slick, comic book style. I always felt like the film was just a little outside of our reality, and the comic style intros to the main players were a nice touch. It also helps that the film is, overall, well paced. A breezy 90-minute runtime, coupled with tight editing, keeps the film moving at a tight clip, and I was never bored. 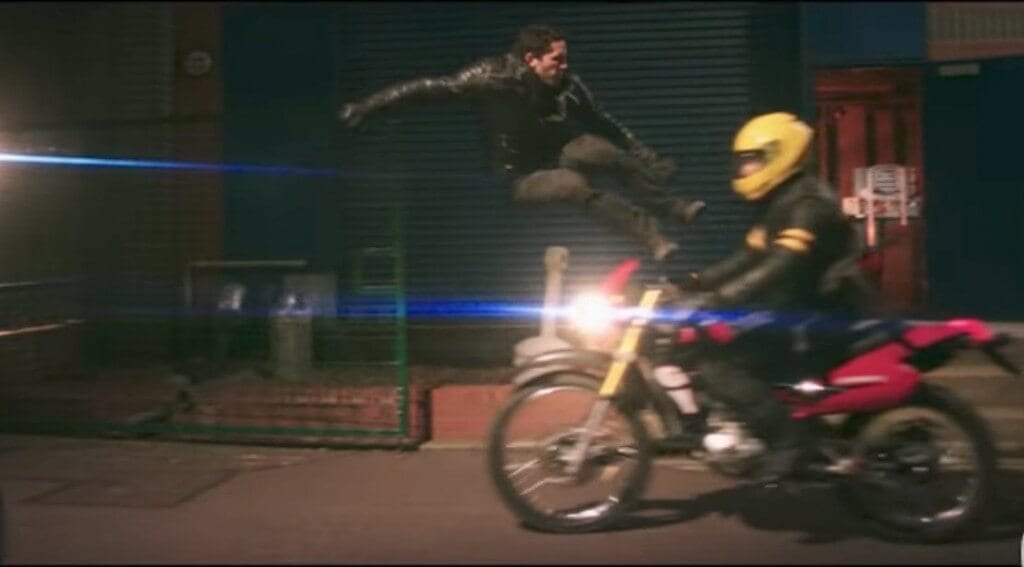 The action scenes in Accident Man are pretty damn entertaining. Scott Adkins always delivers in the physical department, always very clearly doing all his own fights. In particular, the fight between Scott Adkins, Ray Park, and Michael Jai White is fantastic and worth the price of admission alone. The final fight is also really well done, well choreographed, and pretty much impeccably shot. There are glorious wide shots and longer takes of actors who know their choreography; everything was clear to me as an audience member, enhancing my enjoyment of the film. So frequently nowadays action films are plagued by violently shaking cameras and epileptic editing, that it’s refreshing to see directors actually allowing audiences to see the fight scenes.

As far as true negative aspects go, I did take issue with some of the writing. Some of the humor doesn’t land as well as they wanted it to. There were two back to back one-liners in the final fight, delivered by Johnston, that actually had me physically cringing because they were so terrible. By far my biggest issue, however, is in one flashback sequence. This is where we get some backstory between Ray and Fallon, which is all well and good, but it drags the pace down slightly. It felt as if the writers felt like the needed to give us this, but didn’t know how to transition into it. I’m not mad that we got this sequence, it just could have been implemented better. In the end, this flashback helps the later scenes, however. 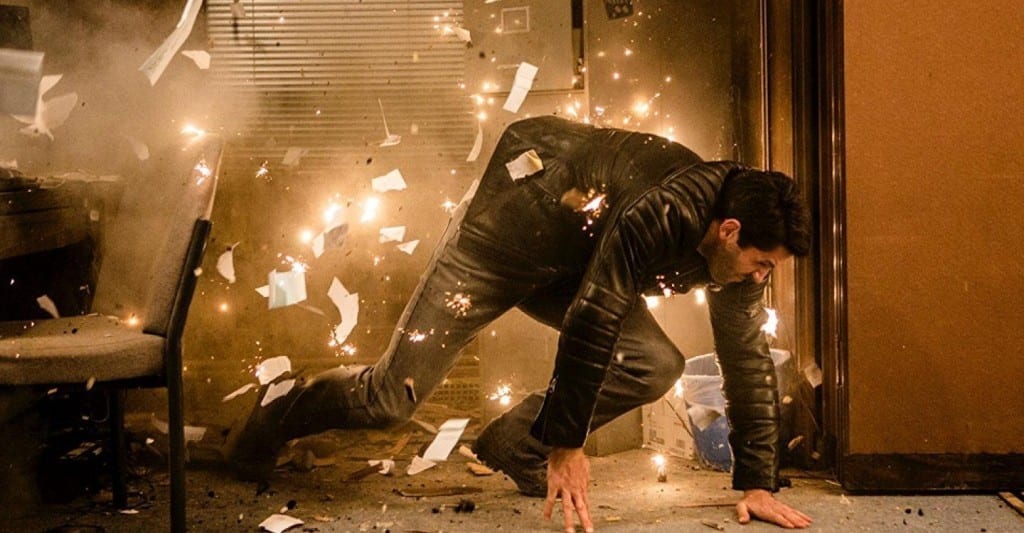 Overall, however, I had a blast with Accident Man. It’s a simple film without a lot on its mind, filled with entertaining characters, badass action sequences, and way more style than substance. It’s let down by some wonky character work and rough dialogue, but in the end, I think it’s worth the ninety minutes.

What did you think of Accident Man? Let me know in the comment section below! Stay nerdy everyone!