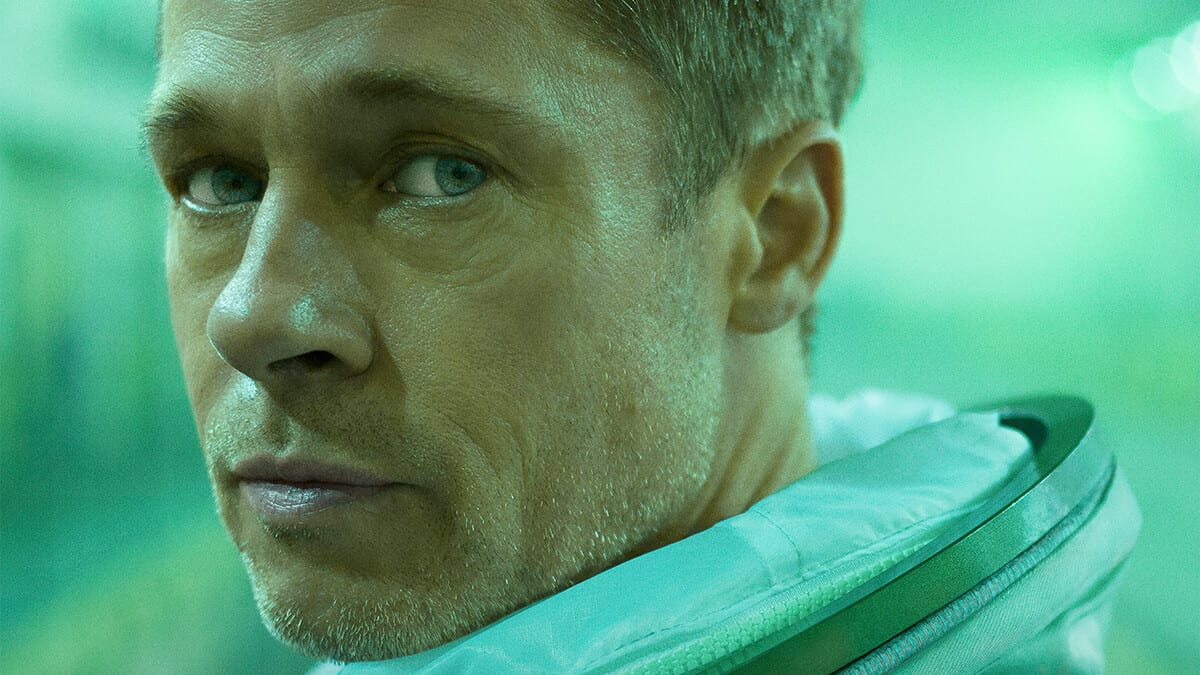 I’ve been looking forward to Ad Astra for a long time, in part because of the eclectic filmography of director James Gray. I couldn’t wait to see him put his stamp on the space opera genre, and the likes of Brad Pitt (especially in the wake of his phenomenal performance in Quentin Tarantino’s Once Upon a Time… in Hollywood) and Tommy Lee Jones in the cast only cemented my desire to see this sci-fi epic.

Gray’s latest opus opens with Pitt’s Roy McBride, the son of legendary astronaut H. Clifford McBride, who disappeared 29 years earlier and has become a hero to not only Roy, but all of U.S. Space Command, aka SpaceCom. McBride has followed in his dad’s footsteps and struggles to live up to his extraordinary father. What begins as a typical day for our hero quickly turns dangerous as cosmic rays cause an incident where he literally falls back down to Earth in one of the best-shot sequences you will see this year. As a result of this catastrophe, and after being told his father may still be alive, McBride is sent in search of the Lima Project and his father, who believed in the prospect of alien life. Along the way, he is joined by Colonel Pruitt (Donald Sutherland, the second Space Cowboys alum in this film), who is supposed to be his guide; however, after they are attacked by pirates on the moon, McBride is left to make the rest of the journey by himself. Threaded through Ad Astra as a result of having to confront his father  is McBride’s inner turmoil over not having been a decent husband and separated his personal and professional lives, a myopia that is mirrored in his apathetic father.

There’s a lot about Ad Astra that works, particularly Brad Pitt’s portrayal of Roy McBride. While not as good as his previous performance this year in Tarantino’s showbiz epic, Pitt does a great job imbuing McBride with an odd mixture of obtuseness and, as a result, extreme isolation. His dedication to the mission is paramount above all else, and that causes him to lose sight of what really matters in life, thus giving way to the standard trope of loneliness in space. The same can also be said for Tommy Lee Jones, whose presence permeates the whole movie and gives his meeting with Roy a lot of pathos in the third act. It makes the viewer wish we had more time with these characters, if only to see these two Hollywood heavyweights interact some more. Major kudos must also go to Ruth Negga. Having followed her since Preacher, I was excited to see her in Ad Astra. While she isn’t in the film long, she makes a lasting impression and delivers a cache of storytelling potential that I truly hope gets explored down the road in some way. That being said, there are a few performances that don’t work, particularly Liv Tyler’s. I’ve been a fan since the Lord of the Rings movies and felt she was wasted in the MCU as Betty Ross (despite a great performance), so the fact that she serves as little more than a conduit for Pitt’s regret in Ad Astra is a shame, especially given her previous work. I understand that the intent was to tell an intimate story, but giving her so little to do just seems like a waste of potential. 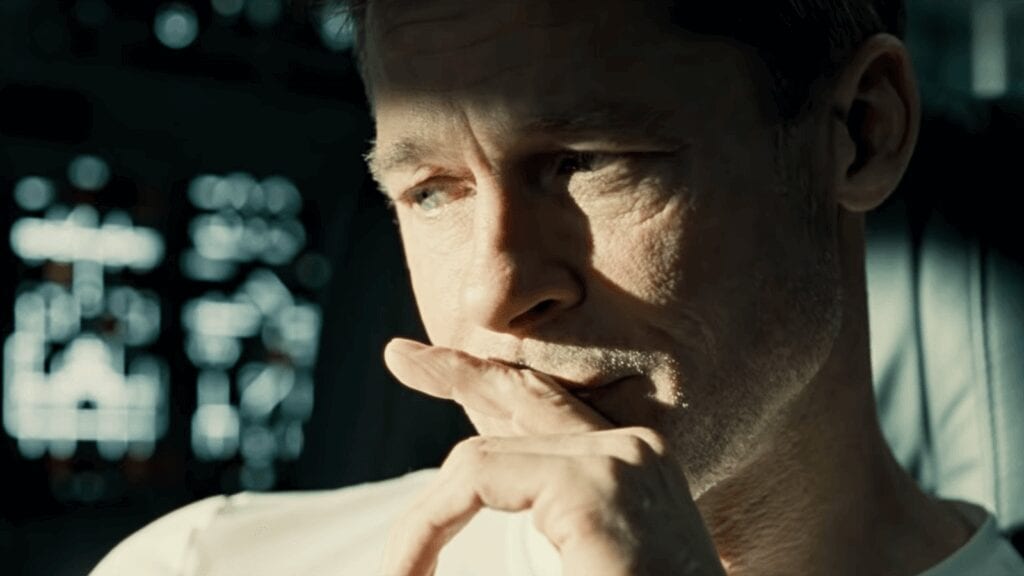 “Potential” is a word I keep coming back to with Ad Astra, in part because of what isn’t on the screen, and a lot of that is down to writers James Gray and Ethan Gross (the latter of whom is most known for episodes of Fringe). Given that this was Gray’s first foray into science fiction, one would think it was great to have someone with sci-fi experience writing it with him. In a lot of ways, it pays off; exemplary world-building permeates the whole piece; just like Ruth Negga, certain locales in the movie deserved a lot more explanation and could have had their own spinoffs. While this isn’t meant to be a franchise movie, there was an opportunity here to do the kind of space saga that really isn’t made anymore, so to see this kind of narrative formula imposed upon it is very disheartening and – once again – wastes a lot of potential. At times, it almost feels like the narrative could’ve used a bit more development before production commenced. What compounds this frustration is the chasm between the writing and directing, especially since the co-writer and director are the same person. Watching Ad Astra, it amazes me that the film’s budget was only 100 million dollars. James Gray puts every cent of that on-screen and uses it to maximum effect. At turns, you see homages to 2001: A Space Odyssey, a bit of Dune, and even Blade Runner. This is aided but the fact that Lorne Balfe and Max Richter’s score evokes a lot of Vangelis’s score from Ridley Scott’s 1982 classic. The influence of other science fiction movies is amplified by the cinematography of Hoyte Van Hoytema (who also performed the same duties on Christopher Nolan’s 2014 film Interstellar). All of these elements come together to give Ad Astra a sense of wonder that transcends the narrative issues of the script. There is something amazing to watch and hear in every frame, and the movie will really reward repeat viewings for avid cinephiles.

Ad Astra has a paint-by-numbers script and a few underutilized actors, but the direction, music, and cinematography, as well as a great performance from Brad Pitt and Tommy Lee Jones more than make up for its shortcomings. I’ve been a big fan of Gray for a long time, and I love the fact that he took on an entirely different genre here. It isn’t perfect, but here’s hoping the acclaimed director will parlay the buzz around this sci-fi epic into more genre fare going forward.

Ad Astra has a paint-by-numbers script and a few underutilized actors, but the direction, music, and cinematography, as well as a great performance from Brad Pitt and Tommy Lee Jones more than make up for its shortcomings.