"Just think that a little woman like you can sit across from the President of the United States, look him in the eye and get justice." 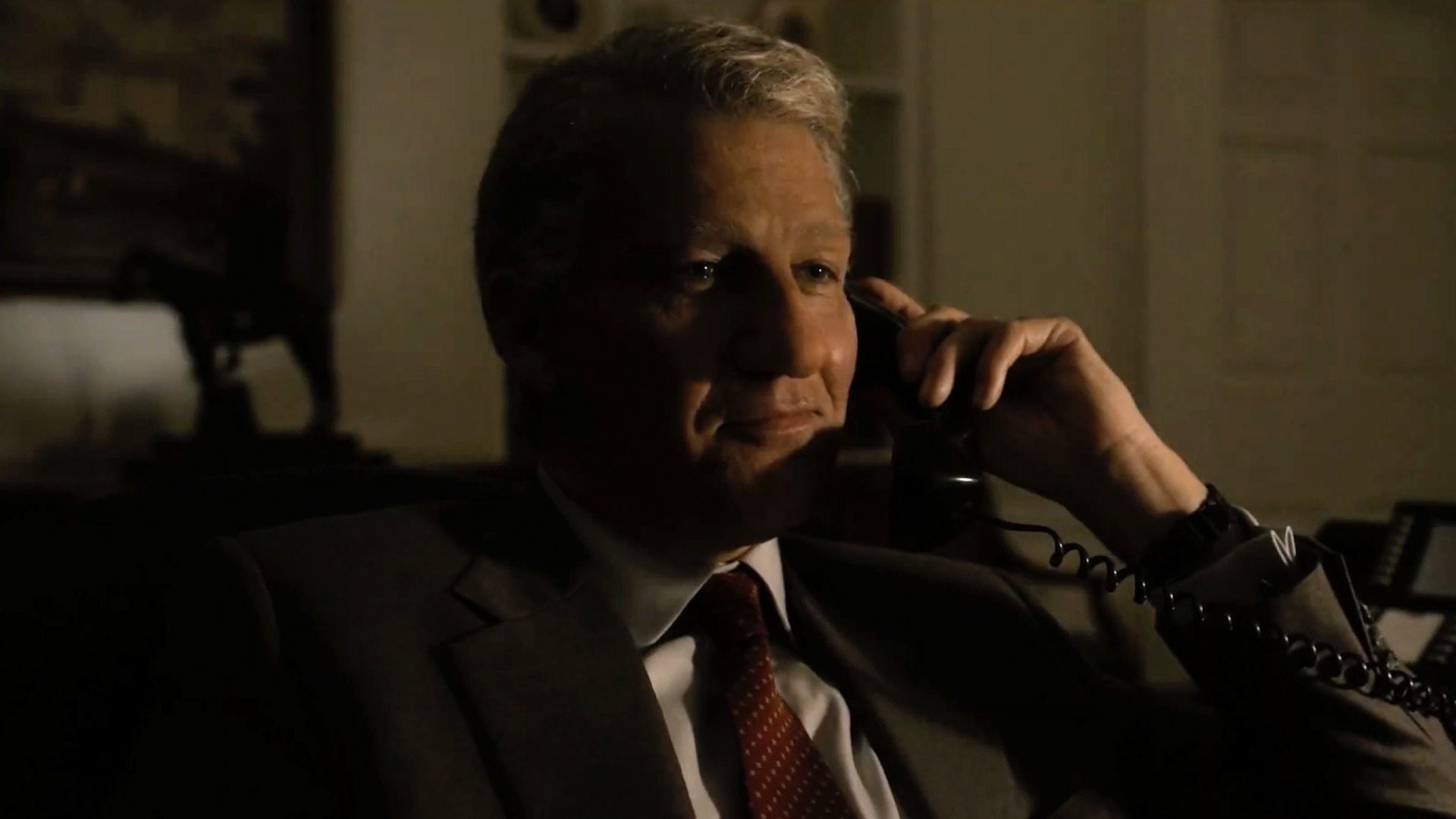 “The Assassination of Monica Lewinsky” opens with Paula Jones and Bill Clinton’s second deposition. President Clinton emphatically denies ever having harassed Mrs. Jones and having an affair with Monica Lewinsky. Monica and her mother meet with Monica’s lawyer, and he assures her she won’t go to jail. Michael Isikoff’s boss informs him that they can’t print the Lewinsky story, crushing his hopes of a big scoop. Later, he’s unable to secure immunity for Monica, as the FBI will only consider it once they know everything she knows. Clinton questions his secretary, Betty Currey, about Monica’s visits, and she says what he wants to hear. Matt Drudge calls Michael Isikoff to brag about his story going to print. Bill talks to Hillary about the lawsuit but lies about the truth of the claims. Monica’s hotel and Linda’s house are swarmed by the press. Monica’s job offer from Revlon is rescinded. President Clinton is interviewed and again denies everything. Clinton states that Monica is delusional and stalking him. Monica obsessively watches the coverage of her story as her mother tries to cheer her up. Monica’s former teacher and abuser calls her a liar on television. Monica is mobbed as she gets in her car to meet with the FBI. Monica’s lawyer gets her immunity but jeopardizes her deal by talking about the agreement and Ken Starr on TV. Monica’s mother receives the call that the offer of immunity has been revoked. Hillary Clinton arranges for Bill to speak at a press conference where he says the now-infamous line, “I did not have sexual relations with that woman.”

The meddling and scheming of press vultures like Ann Coulter and Matt Drudge comes to a head in “The Assassination of Monica Lewinsky.” The media and its manipulation of the show’s central crimes for profit and attention is a consistent theme across American Crime Story‘s seasons. “Man Handled” showed the nightmare of Monica’s interrogation at the hands of the FBI, which she surely thought would be the worst part of this whole experience. However, “The Assassination of Monica Lewinsky” dives into a more public humiliation as Monica’s painful memories and mistakes are aired for all the world to see. It’s agonizing seeing the way the media demonizes and belittles her, turning her into a laughingstock sex doll. I only knew the surface-level details of the Clinton scandal and hadn’t thought much at all about it prior to this season. But seeing the way this (very young at the time) woman was treated is just baffling. I also find it strangely inspiring, though. She went through this and not only survived but reinvented herself in spite of everyone. The President was the one who was married and in a position of power, beholden to certain expectations. But Monica was the one the public and media crucified to satisfy their bloodthirst. This all seems particularly harmful given Monica’s age when the affair began, her history of being groomed by older men, and Clinton’s past indiscretions with other women like her. Nobody was really “good” or in the right in this situation, but why was Monica’s life effectively ruined while Clinton got to continue being the most powerful man in the world? 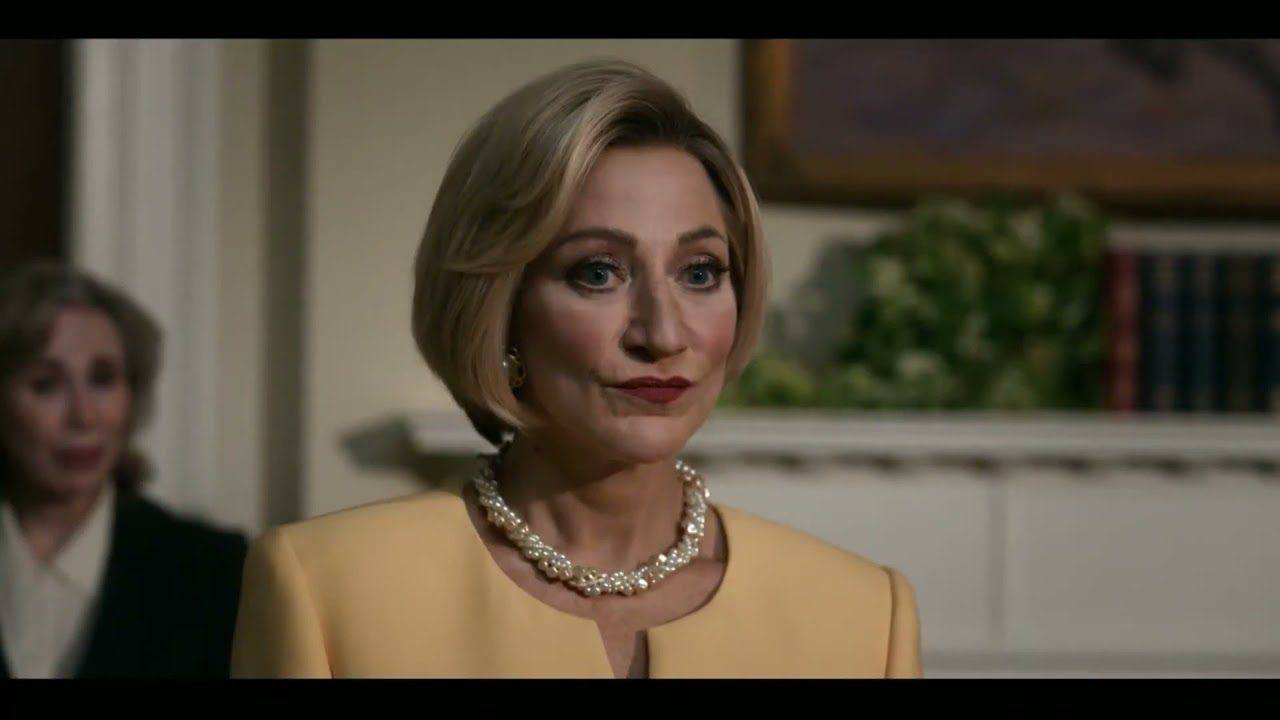 “The Assassination of Monica Lewinsky” also revisits the hypocrisy of Bill Clinton. Mention is made of his Violence Against Women Act, and he’s all buddy-buddy with the female judge at the deposition. He also plays dumb regarding both Paula Jones and Monica Lewinsky, denying having met the former and downplaying his involvement with the latter. In the brief scene with Hillary in the bedroom, Bill lies through his teeth even as she encourages him to come clean if he has anything to admit. Edie Falco as Hillary Clinton hasn’t appeared much in the series so far, but she’s good here. An earlier episode implied that Bill was partially driven by fear of Hillary, and she was the real reason he wouldn’t just settle the Paula Jones lawsuit initially. The fact that he won’t tell her the truth even when she offers support strengthens this notion that he fears her more than anything else. It’s also interesting when Bill confides in one of his aides that he fears Hillary will leave him if he confesses to having the affair. Of course, this isn’t what happened, and I wonder if it was ever really an option for a woman who had her eye on politics. Regardless, this Lady Macbeth-type dynamic is compelling, and I genuinely want to see how Hillary reacts when the truth inevitably comes out. There’s a quick moment I really like in this episode where Bill glances up at a painting of George Washington, lingers on it for a moment, then looks down. This subtle bit of acting from Clive Owen does a lot with a little. Beneath the facade of confidence and deception, the President (at least in the show) knows he’s damaged not only his family and personal reputation. An embarrassment of this nature also tarnishes the nation’s faith in and respect for the office, removing a bit of patriotic mystique from something sacred. 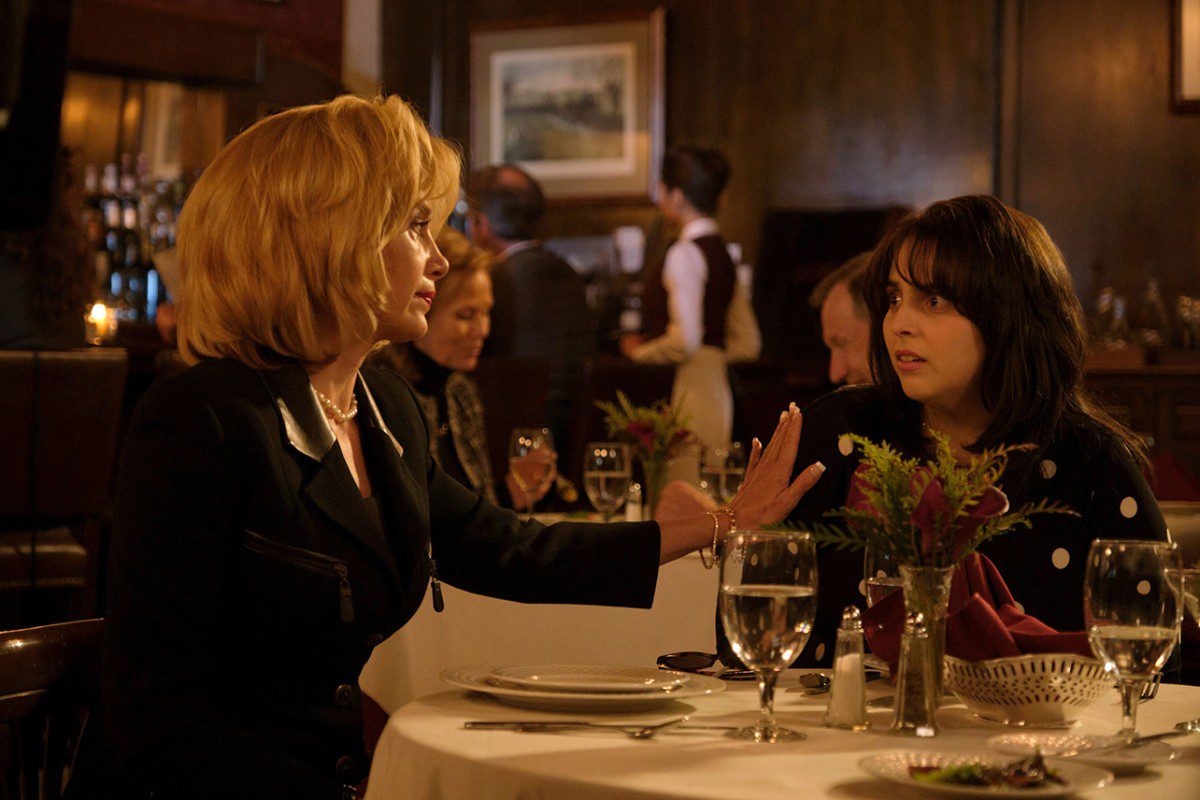 While Linda isn’t in “The Assassination of Monica Lewinsky” much (just like “Man Handled”), her scenes pack a punch, as always. Her hypocrisy is also on full display as she brushes off any potential guilt or sympathy for Monica. Later, Linda cries and gets drunk because Saturday Night Live made a mean joke about her. It’s like she can’t even process the potential fallout of her actions unless it directly harms her. Allison’s face says it all as the two watch the news together and later the comedy sketch. She shows the compassion her mother lacks, both for her in offering comfort and Monica in her horrified facial expressions. When Linda tells her daughter about the horrible bullying she suffered in school, one wonders why she would bring something much worse upon a colleague and “friend.” Because of Linda, Monica has lost her job, her reputation, and her privacy.

“The Assassination of Monica Lewinsky” is a great episode packed with drama and social commentary. The acting is excellent, as always, and I can’t wait to see what comes next. I really like this episode’s title, which I assume is a reference to the show’s second season.

"The Assassination of Monica Lewinsky" is a great episode packed with drama and social commentary.