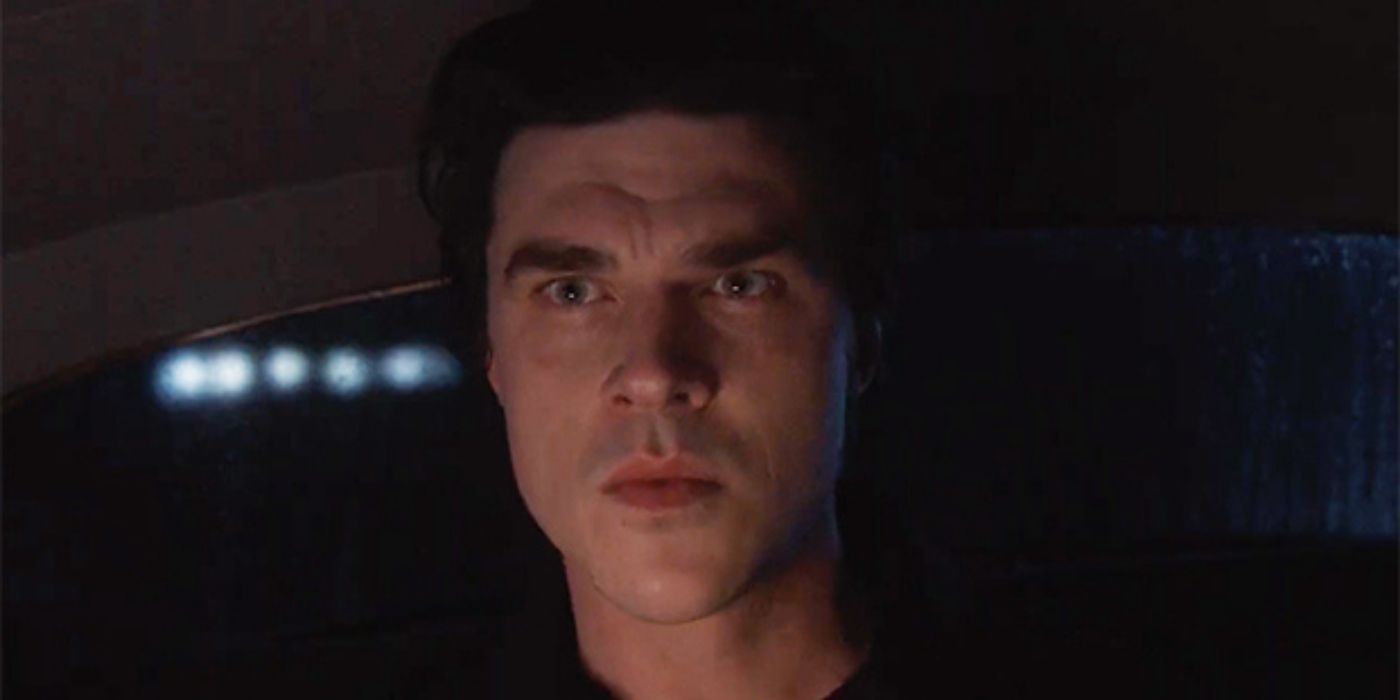 In “Pale,” Harry experiences the fallout of taking the black pill offered by Austin. He notices a sudden craving for blood and enjoys a burst of creative energy. His relationship with his family worsens as he becomes increasingly devoted to writing day in and day out, sneaking bloody steaks here and there. After a fight with his daughter Alma, Harry decides to quit the pills and sends his finished work off. However, he quickly changes his mind when he gets an ecstatic call from Ursula praising the script and offering him a streaming deal with Netflix. Harry returns to Austin’s place searching for more pills and soon learns that rare steaks won’t quench his newfound thirst. 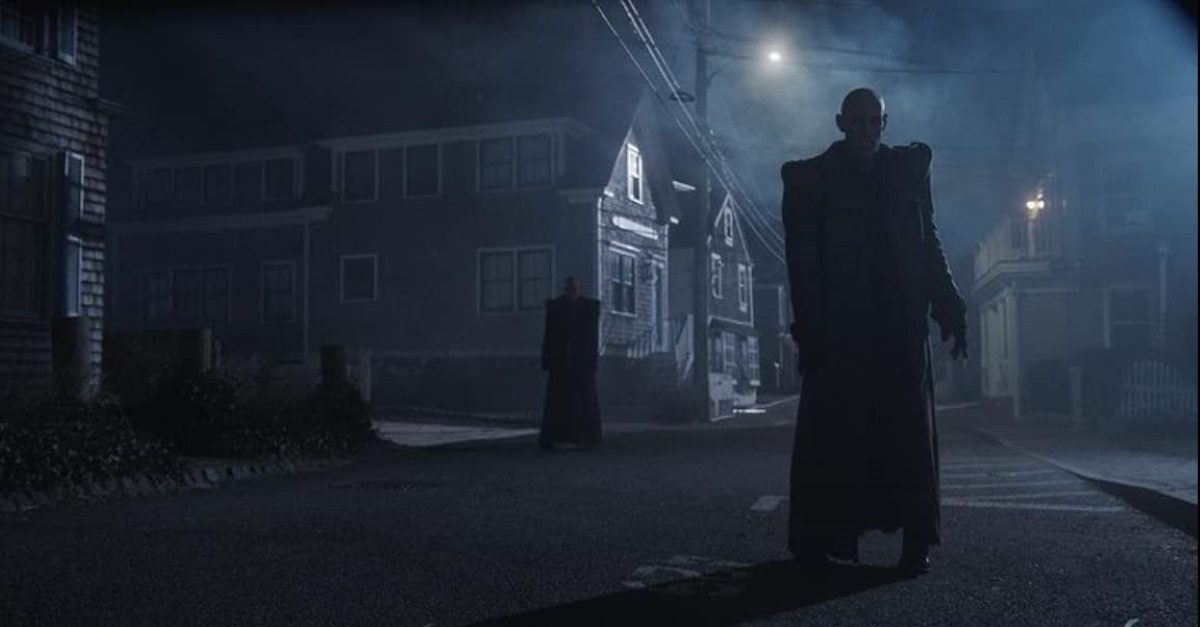 I feel pretty dumb right now because it didn’t even occur to me that the pale creatures in Provincetown could be vampires. The more evolved, elegant vampires like Harry, Austin, and Belle remind me of the ones in Hotel, to an extent. Although their rules around junkies seem to be diametrically opposed to those of the Countess, she avoided them at all costs and told her creations to do the same. Meanwhile, Austin and Belle seem to revel in getting a secondhand high from their victims. I find the hierarchy with the vampires fascinating, and I hope they explore this more as this half of the season unfolds. The idea that the pill only works if you have talent and turns you into a mindless animal if you don’t is terrifying. This makes Harry’s choice to take it all the more reckless; he could have turned into the very creatures that hunted his wife and daughter. You could make the argument that the ones that still have their minds are much worse than them, and I think the show is hinting at that. Harry and his new friends can still think, speak, and write, making their killings even more disturbing because they know it’s wrong. It was also interesting when Belle told Harry to stay out of town when hunting because the new sheriff is nosy, unlike the old one. This means she knows and cares about what’s going on and just lied to the Gardners to keep it secret or get them out of her hair. I’m curious to see how that will play out with her going forward. Likewise, I still have questions about Ursula and how (or if) her story will intersect with the main action. She appears to be in a very different setting, so I find it likely that she could be the main character of the “Death Valley” half of the season. I like the idea of this season’s dual story, and it’s good to see them doing new things after so many seasons.

I really didn’t like Karen in “Cape Fear,” but they humanize her a lot in “Pale.” Her scene with Mickey is heartbreaking and does a lot for his character too. I like that, while Karen is a pariah among the town and comes off as totally disgusting, she looks down on Belle for what she is and what she does. It’s hard not to see the irony in it, though; Karen brings Belle a baby, knowing precisely what will happen to him/her. Her pleas to Mickey not to take the pill are just heart-wrenching, and I can’t wait to see what happens to him. I suspect he’ll turn into one of the talentless, brainless zombie-vampires, but only time will tell. The most intriguing part of “Pale” to me is Alma taking the pill and the implications for poor Doris. Now, both her husband and daughter are verbally abusive, murderous bloodsuckers, and she’s none the wiser. She thinks Harry is just on regular human drugs, which would be bad enough. I imagine this will bode poorly for Doris and her unborn baby unless she can escape Harry, Alma, and all of the wild creatures around Provincetown. Her chances don’t seem great. I wonder if Alma will react differently to the pill’s influence than Harry and his cohorts since she is just a child. She doesn’t even know exactly what the pill does and only took it because she thought it would improve her violin playing (which it does). The state Doris finds Alma in at the episode’s end would indicate that she has no idea what to do and instantly reacted to the hunger. 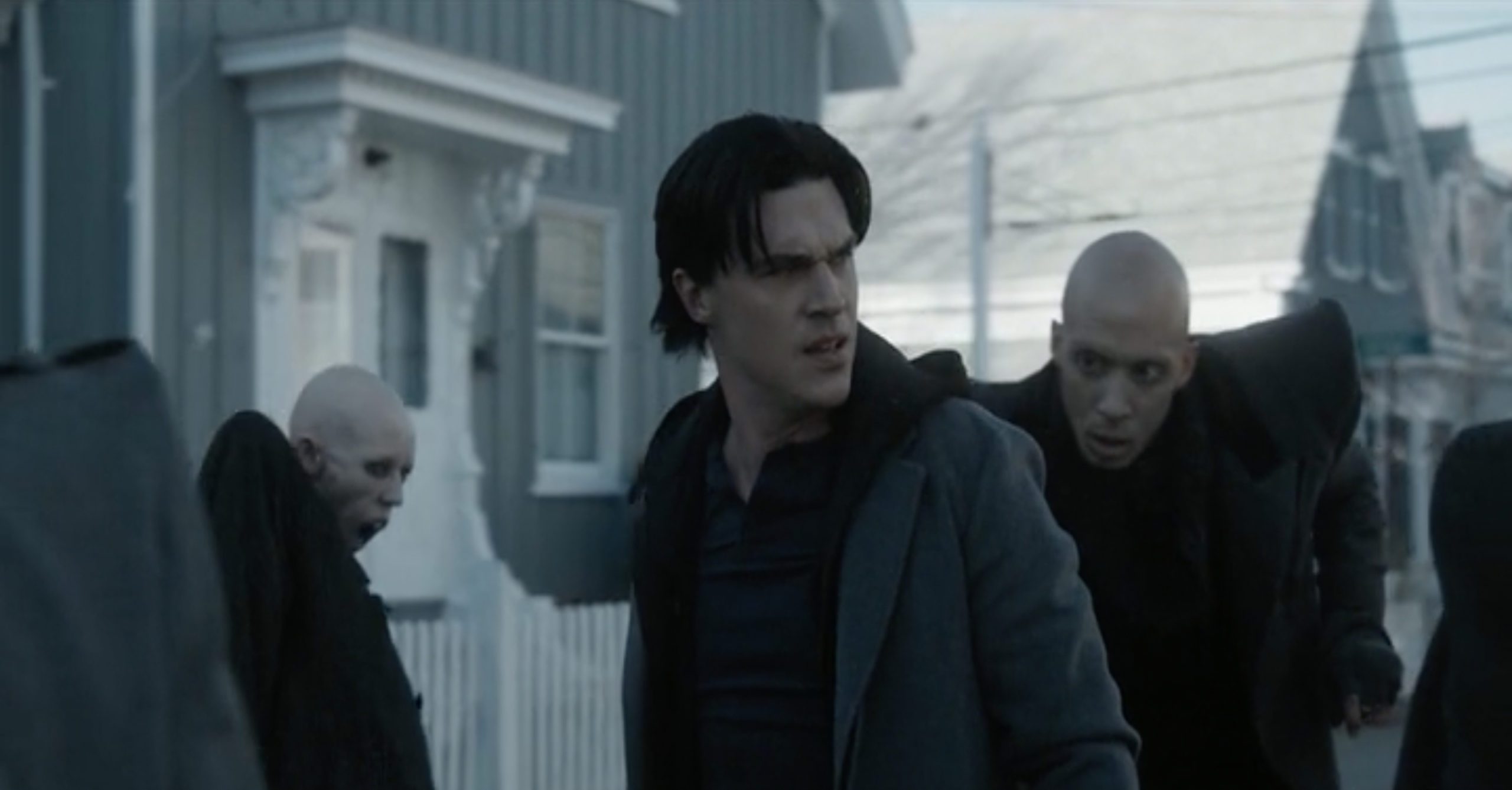 The scene where the storekeeper talks to Harry about the meat he’s buying and his writing is strange. It seems like everyone in Provincetown knows something about the vampires (if that’s exactly what they are), but they’re living their lives relatively normally. I have to wonder why normal people would be comfortable with having these creatures as their friends, coworkers, and neighbors. Sure, Belle and Austin avoid feeding from within the town, but it seems unlikely that the townspeople would know this for sure. They do this to avoid the sheriff’s suspicions and wrath, so it’s not really a written rule so much as a spoken guideline for those of their kind. I wonder if the people are in on the operation to some extent or choose to tolerate it because they’re not the ones dying. The way Belle and Austin talk about their victims as scum who won’t be missed is chilling. Many people would view the lower rungs of society this way, and it’s truly sad when you see it from Karen and Mickey’s perspective. They are the kind of people Belle thinks it’s alright to kill.

Overall, “Pale” is an improvement over “Cape Fear,” and I liked it a lot. I still have some questions about how things work and the mindset of the people of Provincetown. Still, I expect the show has answers coming, and hopefully soon. I like the way the “vampires” operate and that there are two different types. So far, the first part of Double Feature is shaping up to be pretty good, and I hope they can keep the momentum going through its conclusion and eventually “Death Valley.”

Overall, “Pale” is an improvement over “Cape Fear” and I liked it a lot. I like the way the “vampires” operate and that there are two different types. So far, the first part of Double Feature is shaping up to be pretty good and I hope they can keep the momentum going through its conclusion and eventually “Death Valley”.