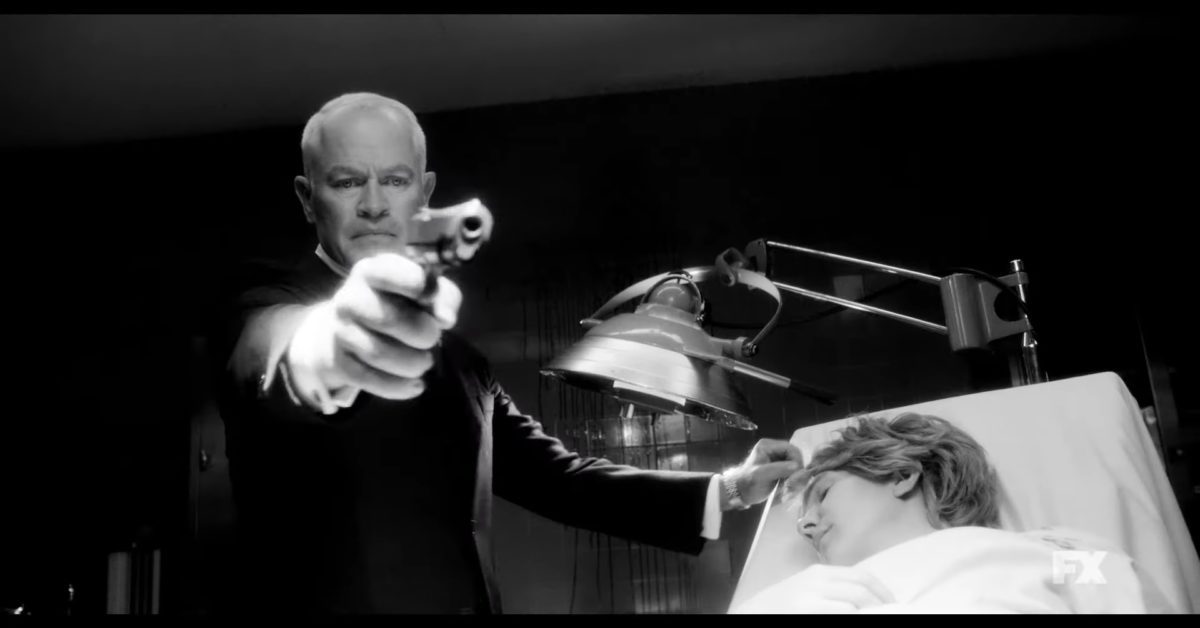 “Inside” finds former President Eisenhower and Vice President Nixon debating whether or not to tell President Kennedy about the aliens. Ike briefs JFK on the treaty he signed with the aliens in a secret meeting, and he doesn’t take it well. Kennedy vents to Marilyn Monroe about his concerns and conflict on whether or not to reveal these secrets to the American people. Before he can do any such thing, however, his fateful assassination takes place. Ike suffers his own doubts regarding the aliens and the high cost of their friendship. Mamie and Nixon try their best to convince him to stay the path, but when their ministrations fail, the aliens show their hand: after killing Maria, they’re now possessing Mamie.

In the present, Kendall drives her friends to the OBGYN. Once they get there, the doctor sees a problem with Jamie’s pregnancy and calls a specialist. Her call is interrupted by men in a van who kill her and kidnap the expectant young people. Kendall wakes up in a barren room surrounded by unconscious pregnant people like her. A shrouded woman (Angelica Ross) tries to console her, revealing that the baby represents hope for the salvation of a planet… but not Earth. Later, in the cafeteria, the friends unite and meet Calico (Leslie Grossman), a resident breeder since 1979. She reveals little but tells them the government is involved with the aliens and advises Kendall to forget as much as she can. Troy makes a scene when nobody will explain what’s going to happen to him. He’s taken to the same woman who greeted Kendall, who reveals herself to be a human-alien hybrid and encourages him to relax and let the baby come. 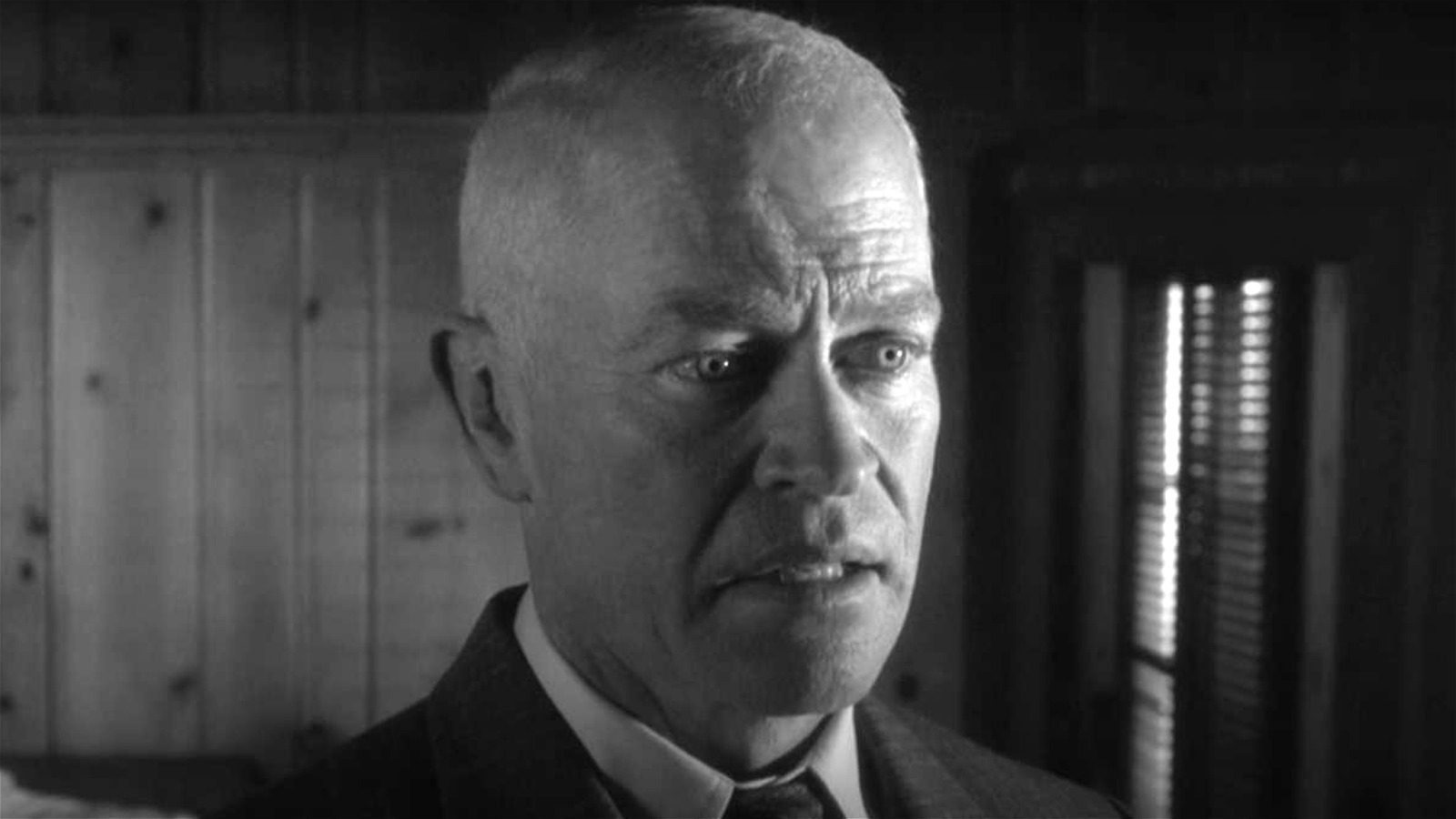 “Inside” is never boring, but it baffles me. The modern-day storyline is much more tolerable this time, but the Eisenhower subplot isn’t quite as much fun as it was in “Take Me To Your Leader.” Neal MacDonough and Sarah Paulson are still sublime as Ike and Mamie, particularly the latter in the episode’s big ending reveal. However, I find some of the additions of historical figures to be unnecessary, distracting, and poorly cast. Craig Sheffer does a decent Nixon impression despite being of a different build than him and bearing no physical resemblance. Alisha Soper looks good as Marilyn Monroe, but her performance seems a little cartoony. Finally, Mike Vogel is absolutely the wrong person to play President Kennedy, even if he has a relatively small part. He doesn’t look or sound like him at all and lacks a commanding presence. I hate to nitpick something like this, but they chose to bring in some of the most influential figures of modern American history. Why would you do that if the makeup and performances weren’t going to be top-notch? Many of the same people (including executive producer and creator Ryan Murphy) work on American Crime Story, a masterclass in portraying well-known real-life figures. It’s a shame that they got Eisenhower so right in casting Neal McDonough only to turn around and do… whatever this was. I don’t expect actors to look exactly like the people they’re portraying, but I fully believe more could have been done in this case.

However, I still like the music, lighting, costumes, and the major players I already mentioned. The past portion of “Inside” is also ruthless in killing Maria and a man in the war room. They’ve built a creepy, unsettling setting brimming with old-school sci-fi goodness for this segment of “Death Valley.” The reveal that Mamie was being influenced by the aliens genuinely threw me, too. I thought they were going for a Lady Macbeth type of characterization here, with the current/former First Lady spurring Ike on in relations with the invaders. This makes perfect sense, though. This is an exciting revelation and will likely motivate the former President to do some shady things. As an aside, I find it strange that “Double Feature” is divided into two halves/stories, “Death Valley” is again halved between the past and present, and even the past segments contain flashbacks. I can only imagine how confusing this would be to anyone not paying attention. Last week, when the episode went from this story to the modern kids, I thought my cat must have stepped on the remote. 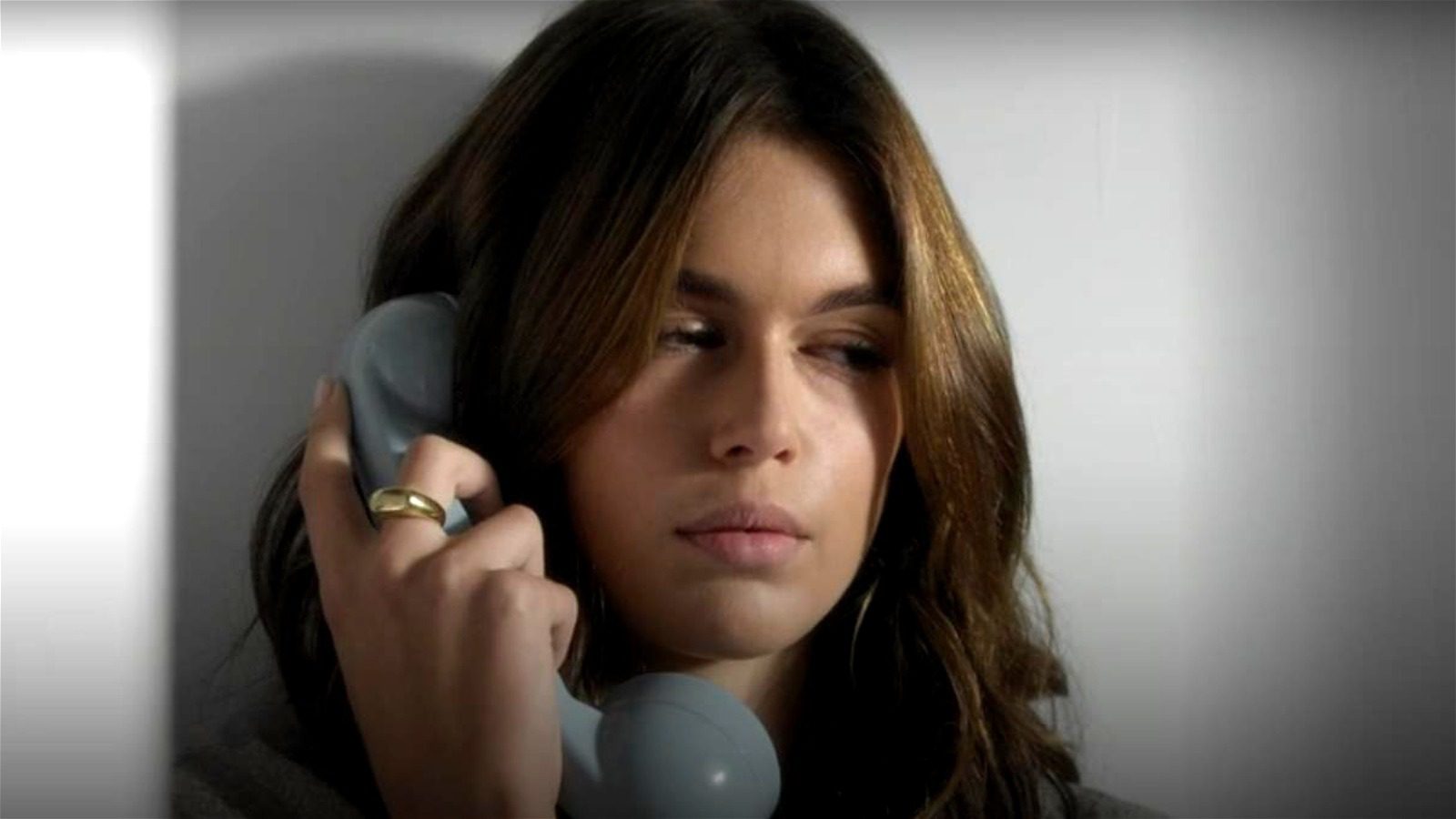 As I mentioned previously, the “pregnant teens” half of Death Valley is far better in “Inside” than it was in “Take Me To Your Leader.” These people still aren’t very good actors, but fascinating things are happening, and there’s less pillow talk. American Horror Story has explored promiscuous young people before, but the graphic detail last week was too much for me. That’s not even how people really talk when talking about sex. These characters would be easier to sympathize with if we knew more about their personalities and less about what positions they like. Regardless, the sterile, clinical setting where they wake up really does its job. This whole segment of “Inside” is genuinely creepy, whereas the corresponding portion of “Take Me To Your Leader” was grotesque in all the wrong ways. I have to admit that I thought the introduction of Steve Jobs was gratuitous and added nothing to the story, however. Some might even argue that it was in bad taste. 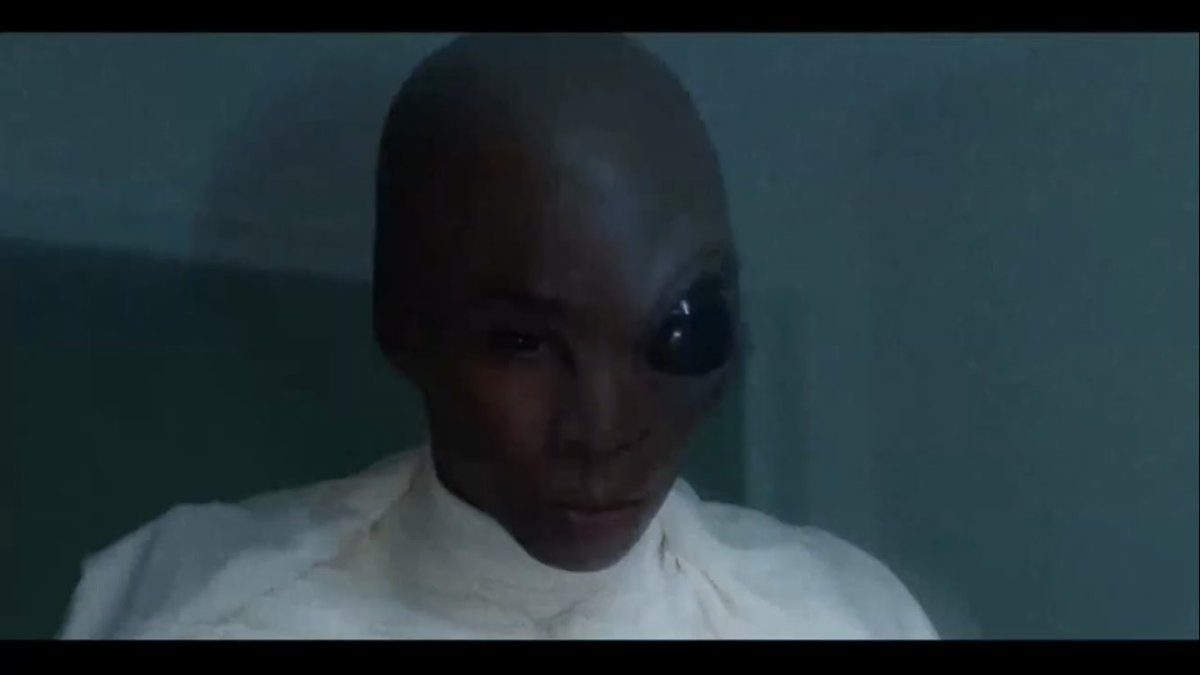 The pregnant bellies look very convincing on the actors, and the prosthetics on Angelica Ross are believable given the design. Why this energy wasn’t brought for Presidents Nixon and Kennedy’s makeup, I’ll never know. Angelica Ross runs away with the modern half of “Inside,” with her unmasking paralleling Mamie’s possession. This also seems to all but confirm that there is no real connection between “Red Tide” and “Death Valley.” It’s not set in stone, but several of the major players from “Red Tide” have already shown up in varying capacities. So I doubt they’ll end up being one big story or anything like that. I’m fine with this, although I still question why these two particular stories were paired.

Overall, “Inside” is fine. It has a lot going for it, but some elements still drag it down from true greatness. I wish “Death Valley” would have committed fully to the 1950s/60s setting and ditched the kids, but they are much better in “Inside” than they were last time.

Overall, “Inside” is fine. It has a lot going for it, but some elements still drag it down from true greatness.