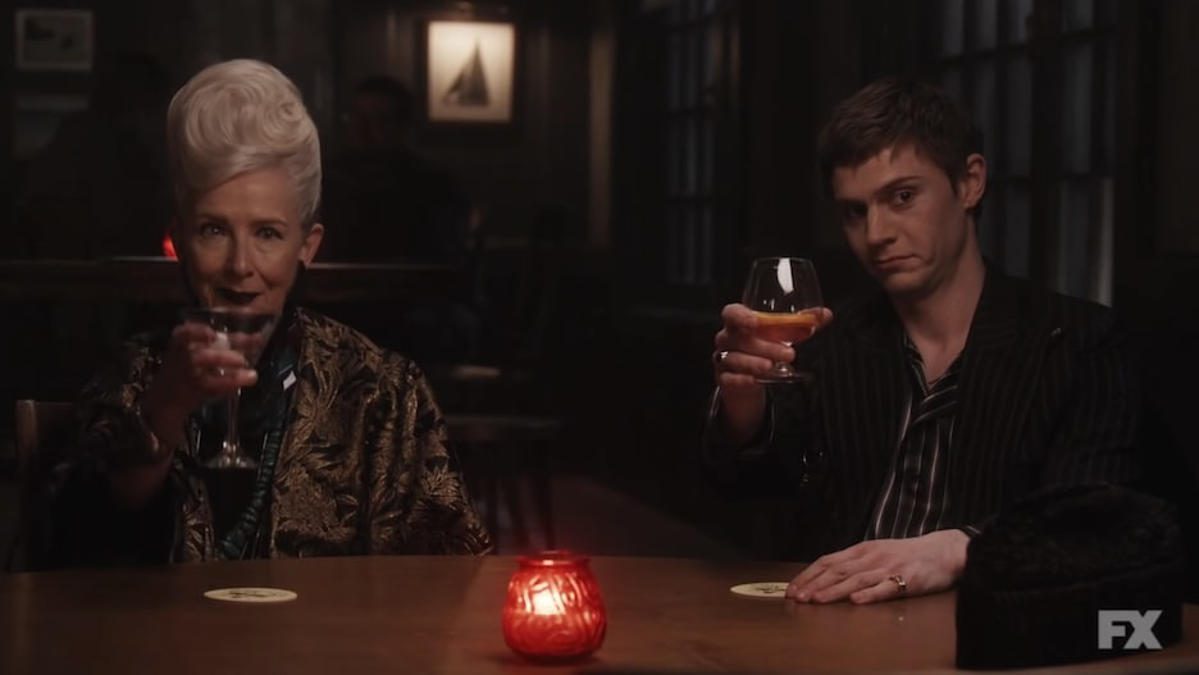 “Cape Fear” follows a family moving to Cape Cod and the strange occurrences they experience. Harry Gardner (Finn Wittrock) is a floundering TV screenwriter, and his pregnant wife Doris (Lily Rabe) has accepted a job decorating the house in which they’re staying. Their daughter Alma (Ryan Kiera Armstrong) is a prodigious violinist and curious about their new home. The Gardner family encounters the wacky residents of Provincetown, Massachusetts, including the housekeeper Martha (Robin Weigert), crazy lady Karen (Sarah Paulson), and Harry’s fellow writers Belle Noir (Frances Conroy) and Austin (Evan Peters). At first, the town seems spooky but harmless, but an unspoken threat looms beneath the surface.

I really like the creepy, foreboding atmosphere that permeates “Cape Fear.” I like American Horror Story for the most part, and the campier elements of some of the seasons are part of its charm. However, there was very little of that in this tenth season premiere, and I’m glad to see it. Silent glances and loaded words are traded with ease as the music and cinematography create a sense of dread for what’s to come. The acting is more restrained here than it is in some of the previous seasons as well. I realize this could change as the season goes on, but for right now, I like what they’re doing with this. Frances Conroy and Evan Peters are uncomfortably friendly, which is usually a warning in this show that a person has ulterior motives. They’re creepy, but not in a way that’s easy to pin down. I’m thrilled to see them and Sarah Paulson back after not appearing in “1984.” I like Finn Wittrock a lot, and he was a highlight of 2019’s season, which feels like it was a lot longer ago than it actually was. His portrayal of Harry reminds me of The Shining, and I’m afraid we have a similar familial unraveling to look forward to. Lily Rabe is always a delight, and I look forward to seeing what they do with her later on; in “Cape Fear,” she’s basically a stock wife character, and that’s alright for now. Their daughter Alma is acutely aware of the evil surrounding the place as soon as they arrive. Alma is the most intriguing Gardner, perhaps because we know the least about her and her sheer intelligence and intuition at her age. 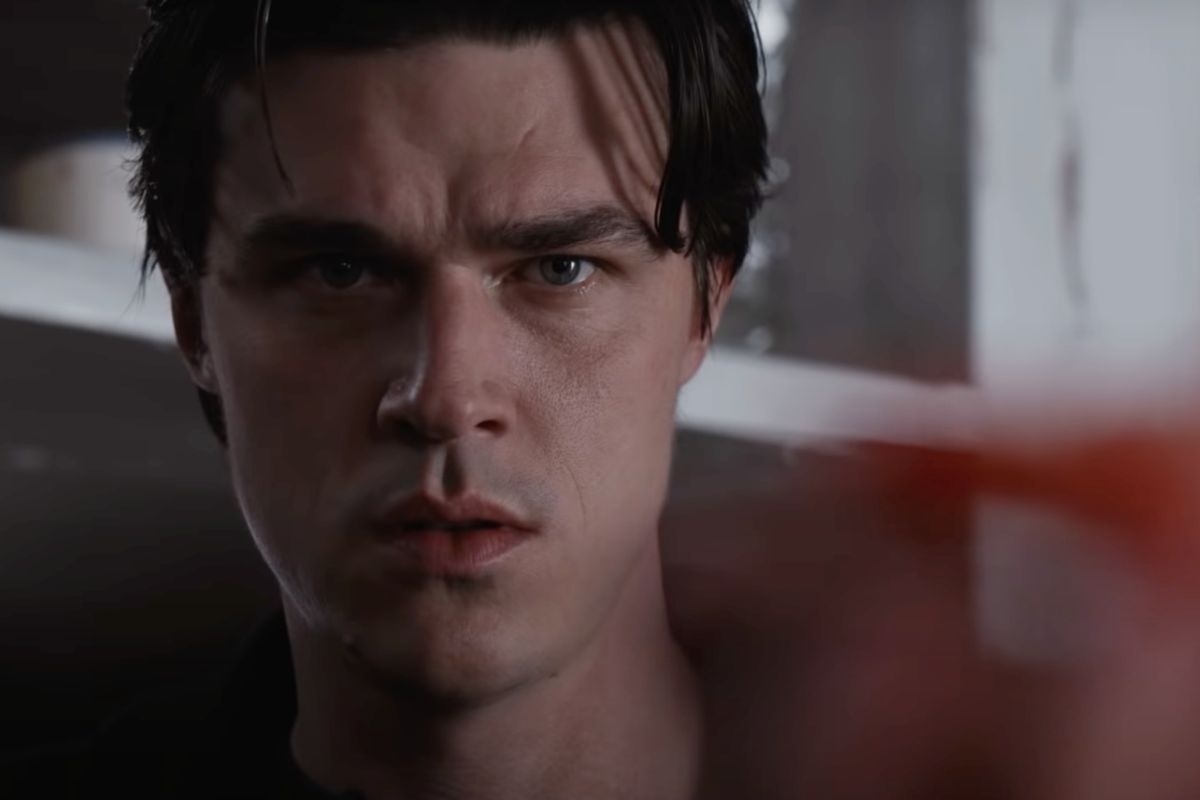 I don’t know how to feel about the pale monsters that inhabit Provincetown, although I imagine they’ll become a larger presence as the season progresses. Their design seems a little generic, but creepy enough. I think Belle and Austin are controlling them and are a more evolved version of whatever the monsters are. Doubtless, the pill Austin gives Harry has something to do with that; it would explain why it was on the teaser poster for the season. I also think Adina Porter’s police chief is involved in some way, and that’s why she’s not helping the Gardners or doing more to investigate. It’s also possible she’s stupid or inept at her job, but I find the former more likely. The overall look of “Cape Fear” is dull and washed out, and I think this works well in creating the episode’s ambiance. The costumes aren’t much to talk about, but given the setting, that’s the point, so they do their job. The episode’s original score by Mac Quayle is moody and atmospheric. 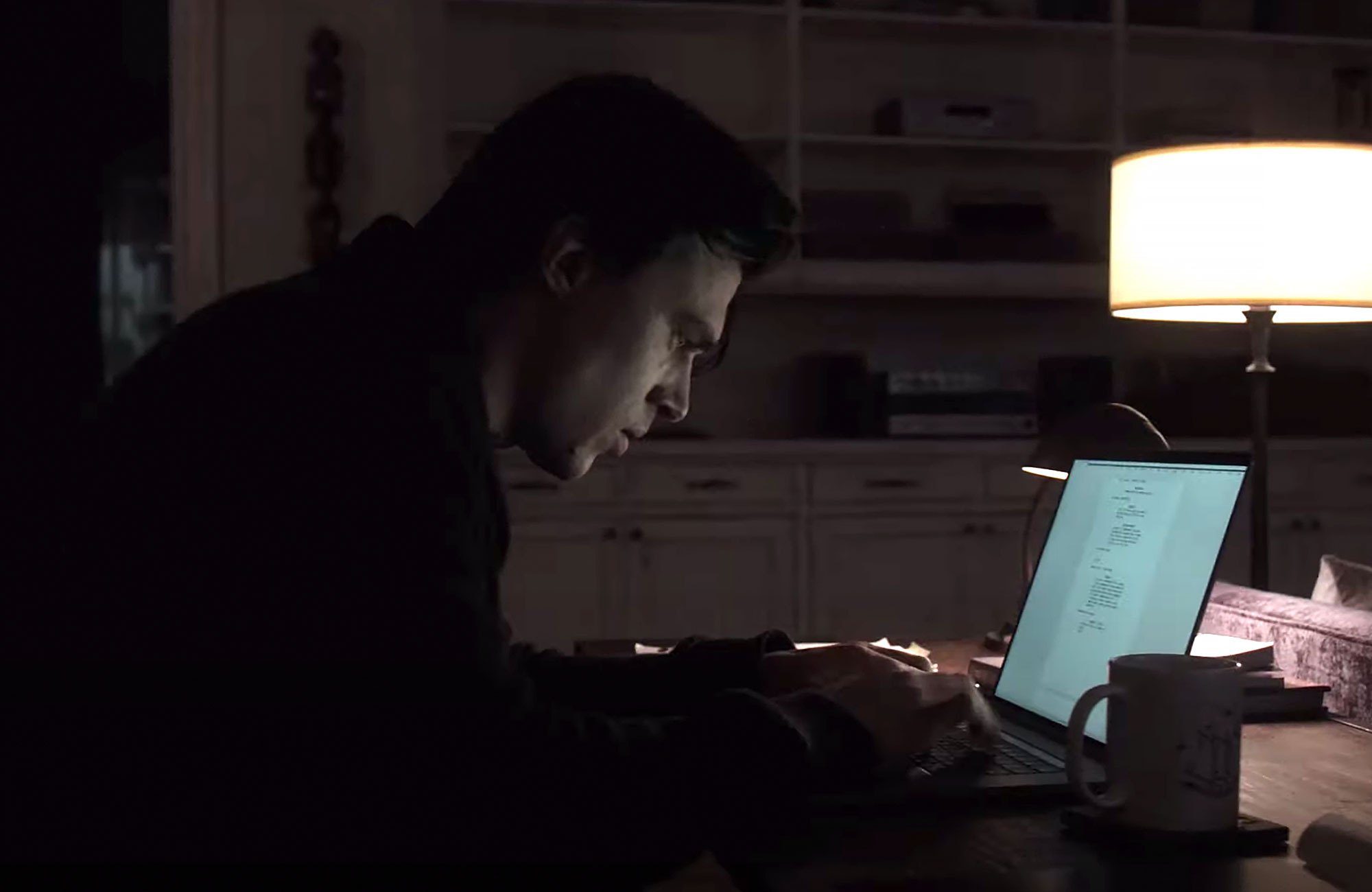 So far, I like the character dynamics and the mystery surrounding the town and its people. My favorite scene is at the bar when Harry watches Belle and Austin sing. The whole episode keeps the momentum going at a slow burn, and I find that refreshing. I keep reminding myself that “Cape Fear” is only the first episode, but this will be a great season if they keep it up. As much as I like the show in general, it usually gets a little fatty around the late middle of a given season.

However, I don’t think “Cape Fear” was a perfect episode by any means. While I was never bored, I think they may have shown their hand too early with Martha, the housekeeper. I could be wrong, but it seems painfully obvious that she’s going to have problems with Doris, in particular, for redecorating the house. I also think Sarah Paulson may be hamming it up a touch too much as Karen, although I’m pleased to see her in such a different role this year. I also wasn’t too crazy about Macaulay Culkin’s character, Mickey. I’m prepared (and hoping) to be wrong, but he strikes me as a character that will get annoying fast. I’m hoping his advances don’t lead to yet another infidelity plot; American Horror Story has done this a couple of times already, and I don’t want to sit through it again. It would be repetitive, and I find that scenario stressful to see play out. His scene with Belle was also a bit much, not that that’s new for the series. American Horror Story usually has a fair bit of shock-value humor and horror. 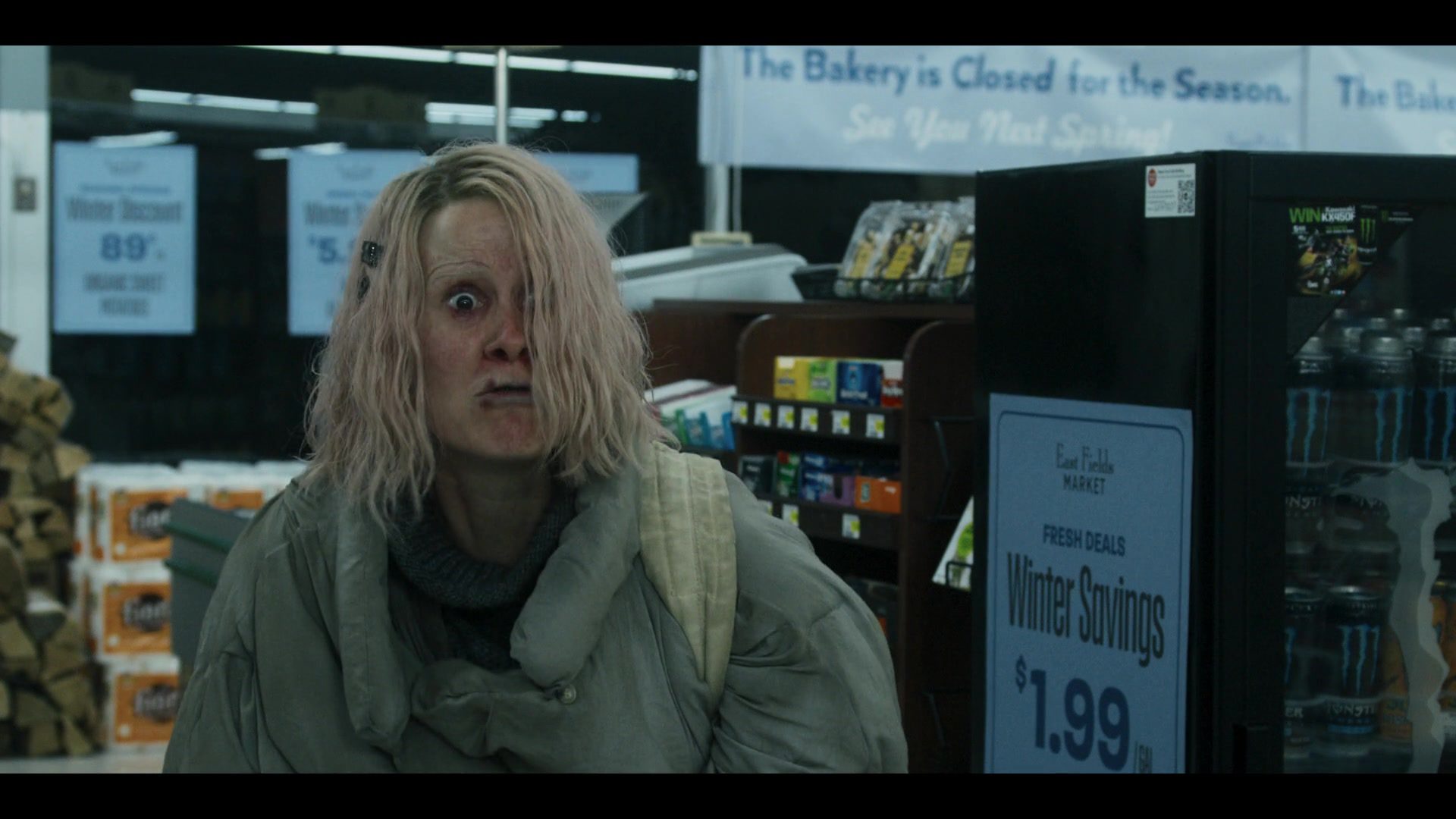 Overall, I really enjoyed “Cape Fear.” The sets, cinematography, music, and acting work together to create a deeply unsettling mood throughout this season premiere. Some of the characters aren’t doing much for me, but I liked the others, and everything else is good. I’m excited to see what happens next, and that’s the purpose of a season premiere. I’m also eager to see how the two separate stories are going to connect this season. Is Ursula (Leslie Gross) where the alien plot is going down? Is it really going to be one big story or totally separate? Either way, I look forward to finding out.

Overall, I really enjoyed “Cape Fear.” The sets, cinematography, music, and acting work together to create a deeply unsettling mood throughout this season premiere. Some of the characters aren’t doing much for me, but I liked the others, and everything else is good. I’m excited to see what happens next, and that’s the purpose of a season premiere.