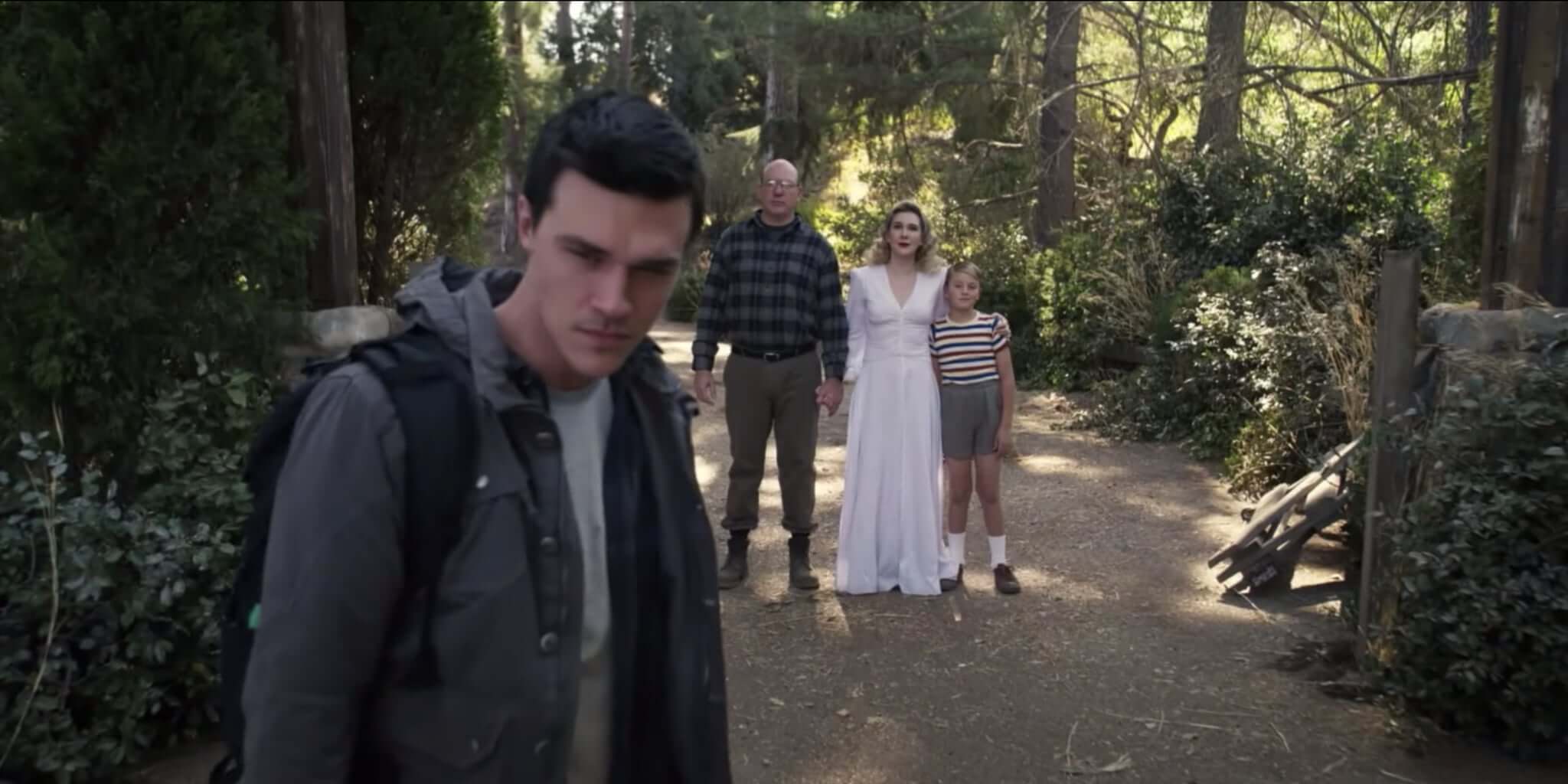 It’s always bittersweet when a season  of American Horror Story ends. We finally get all the answers to various questions introduced throughout, which can be really gratifying. But then it’s almost a whole year before the show returns, and we say goodbye to the season’s new characters. Going into “Final Girl,” I was afraid that Ryan Murphy and co. would try to subvert the eponymous trope by killing off Brooke. In fact, it even looked that way at one point in the episode. However, I think this is a finale that fans will be happy with. Let’s have a look.

“Final Girl” surprisingly opens in present-day 2019, with AHS alum Finn Wittrock portraying Bobby Richter, Mr. Jingles’ son. He goes to Camp Redwood in search of information on his father. He’s been receiving mysterious checks his whole life and hopes this means that, somehow, Benjamin is still alive. However, once he enters the camp, he encounters Montana and Trevor rather than his father. Montana is merely curious at first, inquiring as to how his phone works and how things have changed in the last 30 years. Since Halloween of 1989, people have stopped coming to the camp, even to sight-see. Bobby recognizes Montana and is shocked to learn that she and Trevor are ghosts. She informs him that, in 1989, Brooke came back to camp. She carried Trevor, bleeding to death thanks to Margaret, back into camp to Montana so he could become a ghost there too. Montana questioned why Brooke would help her, to the reply, “Because I’m not like you.” Once Bobby tells Montana who he is and why he’s come, she insists that he leave right now. For the past three decades, the ghosts have been taking shifts watching Richard Ramirez to prevent him from ever leaving the camp. Montana explains that this is the worst place Bobby could possibly have come because Ramirez will kill him slowly and painfully as soon as he learns of his presence. However, Bobby isn’t willing to leave until he finds answers. Just as Montana and Trevor implore him to go, Chet and Chef Bertie fail to contain Richard, who sees the trio and starts throwing knives at Bobby. This turns into a cat-and-mouse chase that’s interrupted when Jingles’ ghost shows up and takes Ramirez on himself, just not before Richard stabs Bobby in the back. Jingles and his son are able to briefly embrace, the latter thanking his father for sacrificing himself. Montana again urges Bobby to leave camp. She sends him to Red Meadows Asylum to speak with the medical director: Donna. The psychiatrist saves Bobby from her orderlies, who try to take him away. In her office, she gives Bobby some of the answers he seeks.

In a flashback to Halloween 1989, Margaret is plotting to kill all of the coming musicians when Brooke comes back to camp and attacks her. Brooke gets shot and falls to the ground, while Donna survives, and the ghosts feed Margaret to a wood chipper Fargo-style. Her decimated body parts land just outside the camp, but she dies before the process is complete, trapping her ghost at Redwood. Bobby asks Donna about the checks, which confuses her, as she didn’t even know about him, let alone send him money. The two head to Pineville, Oregon, to find out where the money comes from. They find that Brooke has been alive this whole time, with a doctor husband, two kids, and a secret: she has been sending the money to Bobby. She says she had hoped to help give him a normal life and keep him away from Camp Redwood. Donna observes that she and Brooke are both final girls after all. Armed with all this new info, however, Bobby decides to go back to the camp anyway. Unfortunately for Bobby, this time, he runs into the ghost of Margaret, who’s itching to kill him. Jingles gets in the way, and ultimately Lavinia reminds Margaret that she never was and never will be the final girl. As Bobby runs away, he turns back and sees Jingles, Lavinia, and the original Bobby lovingly waving him goodbye. 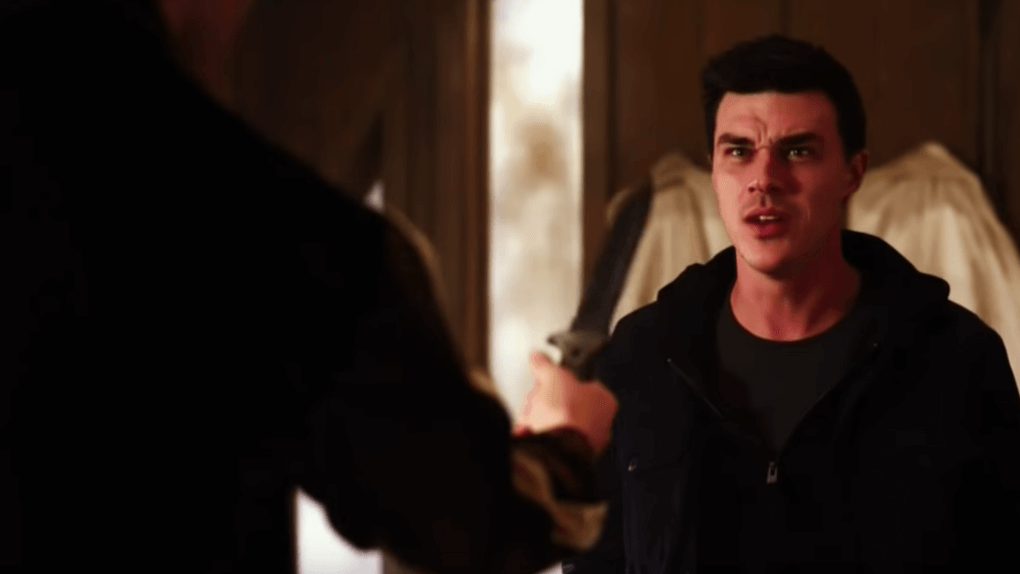 The acting in “Final Girl” is absolute fire from everyone present. Margaret is a crazy, murderous witch, and I absolutely love it. It was totally badass when Lavinia told her off for wanting to be the final girl. I loved Lily Rabe in this role, and it’s perfectly evident why Ryan Murphy and co. brought her back. Finn Wittrock’s Bobby escaping alive also had me wondering if he could also be a “final girl” in a funny subversion of the trope, in addition to the obvious Brooke and Donna. On that note, I’m so glad that they both made it out and that now they’re reunited. Brooke’s reasoning that she had to cut everyone off and start a new life makes sense after everything that happened, although it’s easy to understand why Donna was so hurt. Angelica Ross, Emma Roberts, and Finn Wittrock absolutely sell these performances, and this scene is so touching, despite being composed of shots of people talking on couches. Montana’s redemption comes off as rushed, in all honesty, but I like the sentiment of her seeing Brooke in this new light and being changed. I also love her changed attitude toward Trevor and her acceptance of him. These two have been on one heck of a roller coaster together.

However, the MVP of “Final Girl” is neither a survivor nor a girl, ironically enough. John Carroll Lynch has been incredible this year as both Mr. Jingles and Benjamin. Leading up to “Final Girl” airing, I read a Ryan Murphy interview where he talked about wanting to bring Lily Rabe back, and his desire to put John Carroll Lynch in a starring role. I think it’s an absolute stroke of genius, and Lynch’s appearance in 1984 speaks for itself. Benjamin is my favorite character this year and one of my favorite American Horror Story characters in a while. He’s sympathetic, tragic, and so lovable. His brief shared moments with Bobby are the highlights of “Final Girl,” and it’s not hard to see why this episode had Murphy in tears. This episode is also beautifully shot, particularly the closing image of Bobby’s family waving him goodbye. I like the show’s usual bittersweet endings, but I have to confess that I appreciate this heart-warming, “everybody got what they deserved” ending. 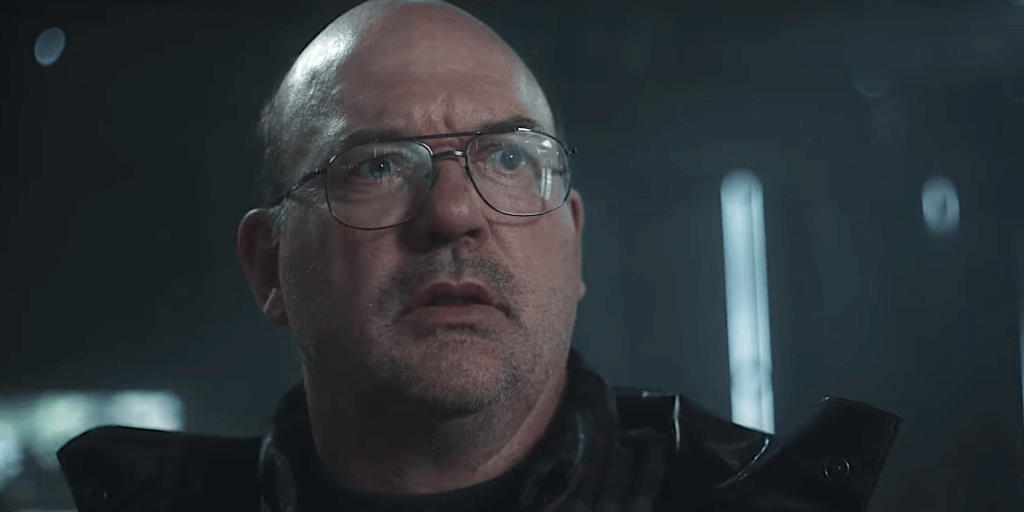 However, I do have one issue with “Final Girl.” Montana’s character development isn’t the only rushed plot element. While this is, overall, due to the lower episode count this year, it’s most evident in the season finale. The flashbacks, current storyline, and especially the final farewell feel extremely crunched by the limited runtime. Personally, I’d have liked a 10-episode season, with one episode about Brooke and Donna with the flashbacks, and then the final one being about Bobby’s family and every getting their just desserts. That being said, I really did love 1984 and all its characters. As Montana said, the 80s will live forever. Here’s hoping next year has a few more episodes.

While the pacing is a bit rushed, "Final Girl" is a satisfying finale to a great season of American Horror Story.