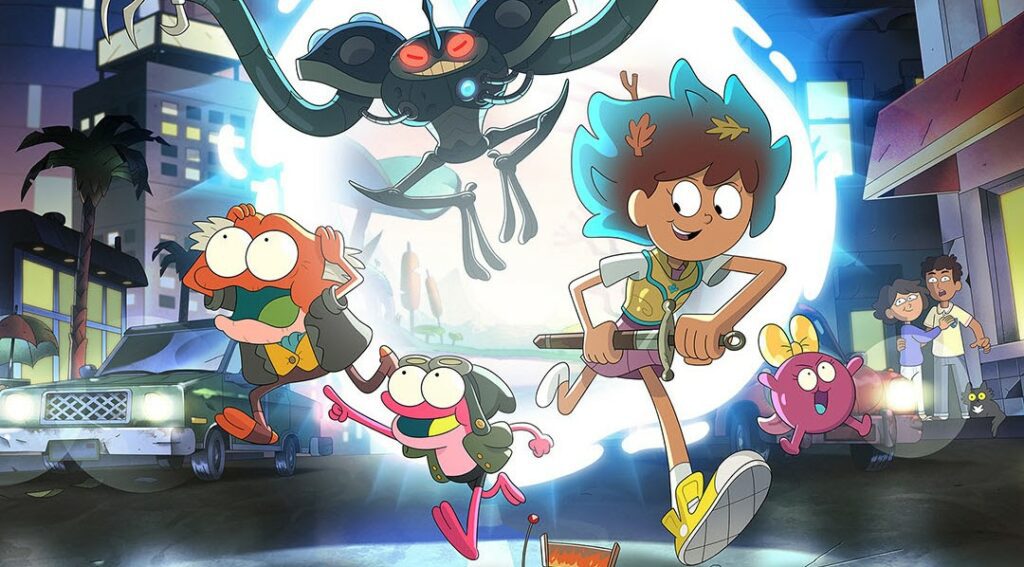 Over the past year or so, lifestyle changes have enabled me to seek out TV shows I otherwise wouldn’t have had the time to watch. This included catching up on some newer Disney Channel programming, which I usually write off as juvenile and cheesy. However, two shows that impressed me were The Owl House and especially Amphibia. Each show has a couple of seasons under its belt, and I think it’s safe to say they’re carrying on the legacy of Gravity Falls, one of my favorite Disney shows ever. Amphibia was created by Matt Braly and has aired on Disney Channel since 2019. This zany sci-fi-action-comedy-fantasy tells the story of Anne Boonchuy, a regular American girl who gets sucked into Amphibia, a world of anthropomorphic frogs. The series features the talents of Brenda Song, Stephen Root, and Jack McBrayer, as well as seasoned voice actors like Dee Bradley Baker, Bill Farmer, and Amanda Leighton. Despite its often silly, always fantastical trappings, Amphibia is a story about growing up, friendship, and self-confidence. Despite the show’s family audience and Disney overlords, it tackles difficult topics like toxic friendships and government corruption. Amphibia aired its season 3 premiere this Saturday, October the 2nd, making this the perfect time to talk about this show.

“The New Normal” picks up where season 2 left our heroic weirdos, with Anne finally home on Earth. The only catch is that bringing the Plantar family with her makes Anne responsible for their safety and anonymity in the human world. After 5 months trapped in Amphibia, Anne heads to her house, and her parents are elated to see her. Contrary to Anne’s plan, Hop Pop jumps out and announces himself to a disconcerted pair of Boonchuys. After Anne explains her 5 months of misadventures and concern for the Plantars, her parents reluctantly agree to let them stay… for the time being. Before long, Anne grows tired of her parents’ clinginess and her lack of personal space. She suggests that her parents bring her and the Plantars along for their grocery trip. Again, they agree unenthusiastically and only after Hop Pop vouches for Anne’s newfound maturity and independence. However, the timing of the Boonchuy-Plantar outing is unfortunate. Back in Amphibia, King Andrias prepares one of his robots to hunt down his ultimate target… Anne. 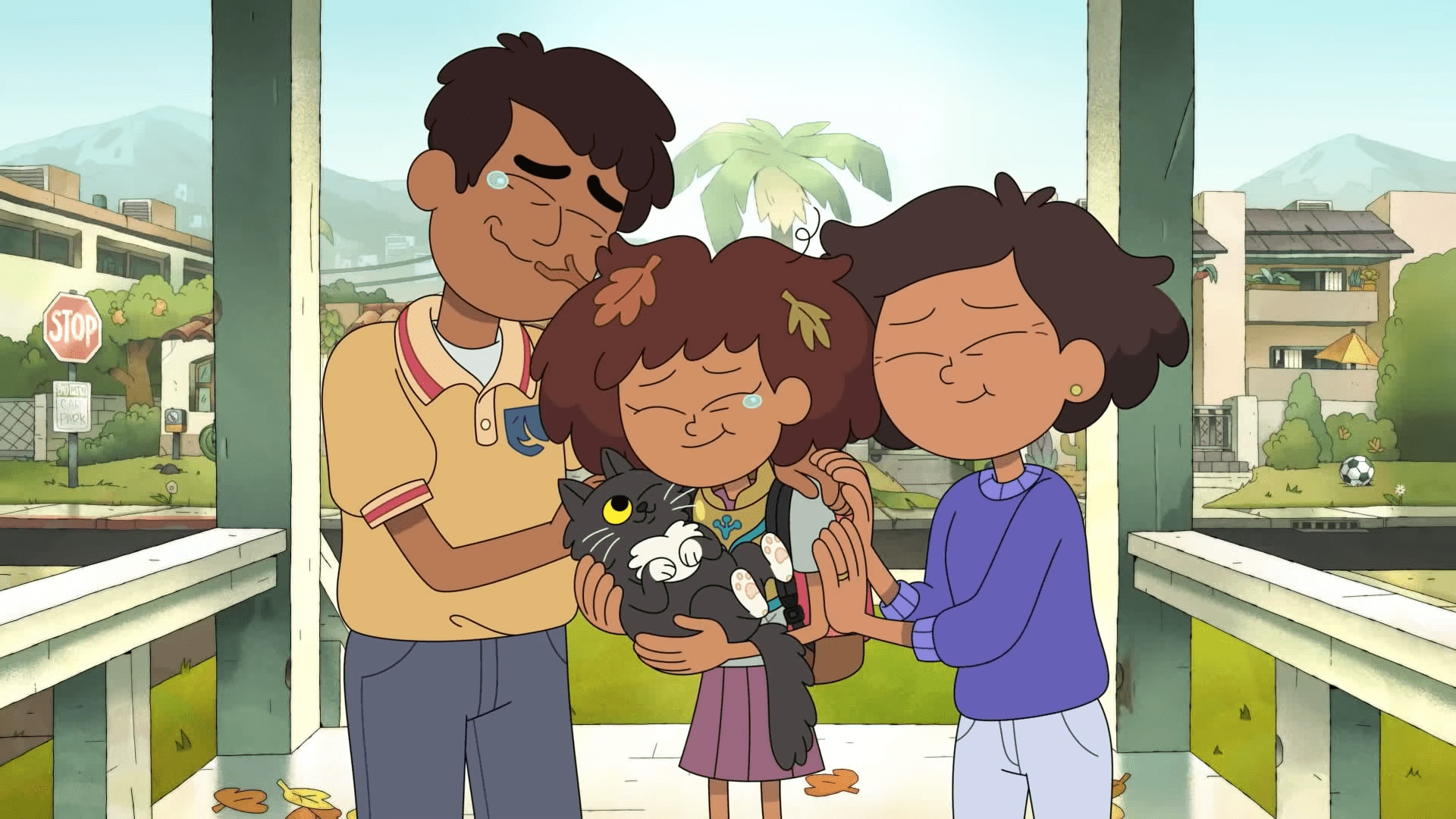 Fans of Amphibia didn’t have much of a wait for season 3, season 2 having ended in May of this year. Disney’s TV channels have had bizarre airing schedules for years, a source of perpetual frustration for me. It reminds me of Nickelodeon shuffling Legend of Korra’s airtimes and finally, unceremoniously switching it to an online exclusive. It feels like Disney doesn’t want these shows to do well when they shorten the final season of The Owl House down to three TV specials or air Amphibia’s season premiere at 10:30 p.m. While Amphibia has an online fanbase comprised of adults and older kids, I imagine much of its viewership has a bedtime. I just can’t get my head around this decision. Regardless, I’m glad the show is back and will (presumably) air a full season, unlike its pitiful cousin, The Owl House. One of my favorite aspects of Amphibia (and why I like it a smidge better than The Owl House) is the familial bond between Anne and the Plantars. They feel so much like a real, normal family despite the discrepancies in culture and species. The dynamic among Anne and her friends Sasha and Marcy (which is only briefly hinted at in “The New Normal”) is interesting, and I like it, too. In particular, the struggle between Sasha and Anne as the latter grows more of a backbone is compelling. In this sense, I find Anne very relatable as she learns where and how to set her boundaries with a friend who doesn’t respect her. 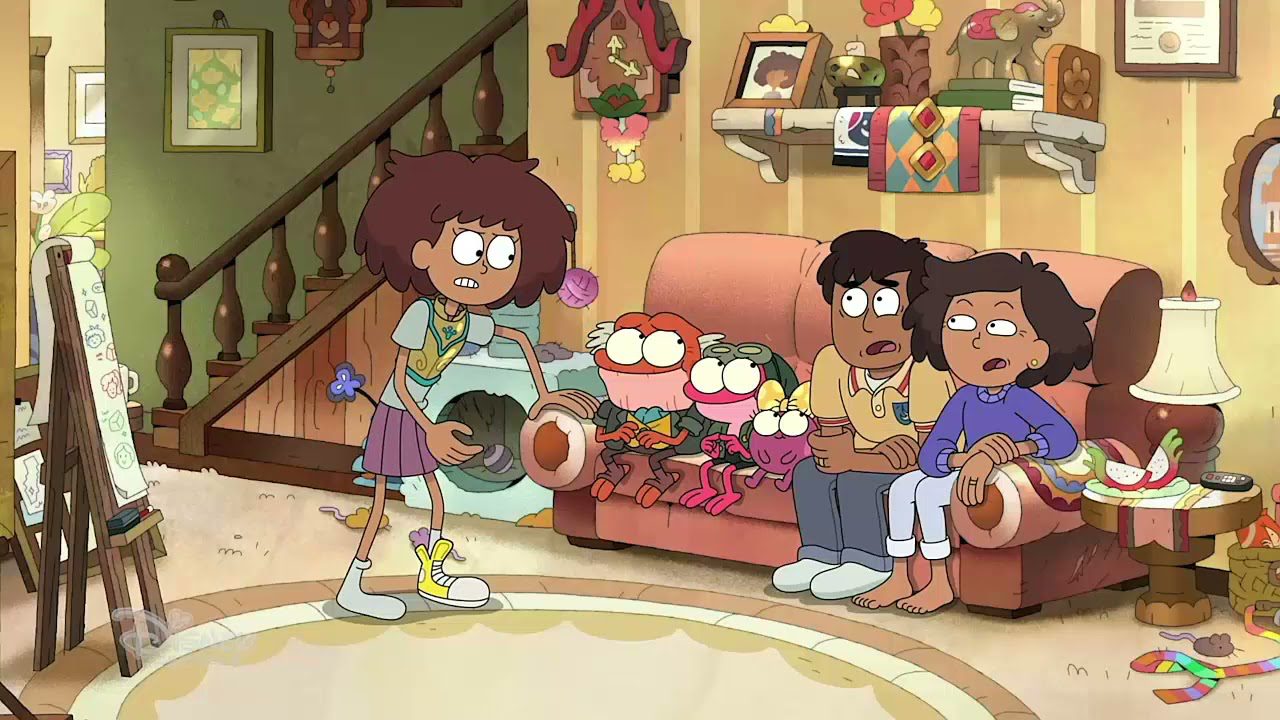 I really love the scene where Anne convinces her parents to shelter the Plantars by showing her dedication to and sense of responsibility for them. I can’t help but question why any decent parent wouldn’t want to help them after learning what they did for Anne in the intervening months, though. If it wasn’t for Hop Pop, Anne probably wouldn’t have survived half a year in a strange land, and her parents would never have seen her again. It was perhaps more important for the writers to show Anne’s loyalty than her parents’ generosity, but that just struck me as odd. Later, when Hop Pop attests to Anne’s changes in personality since she left home, it reinforces that their familial sentiments are a two-way street. As off-putting as it is, I also enjoyed the scene where King Andrias talks to the imprisoned, unconscious Marcy. A scene in the trailer seems to indicate some form of possession for Anne’s friend at the King’s hands, and I’m sorry, but I can’t wait. I like Marcy and don’t want her to get injured or killed. I assumed the latter after the events of “True Colors.” However, this is precisely the kind of spooky storytelling I like in my animated shows. I’m reminded of Echo’s circumstances when the boys found him in the Bad Batch arc of The Clone Wars. 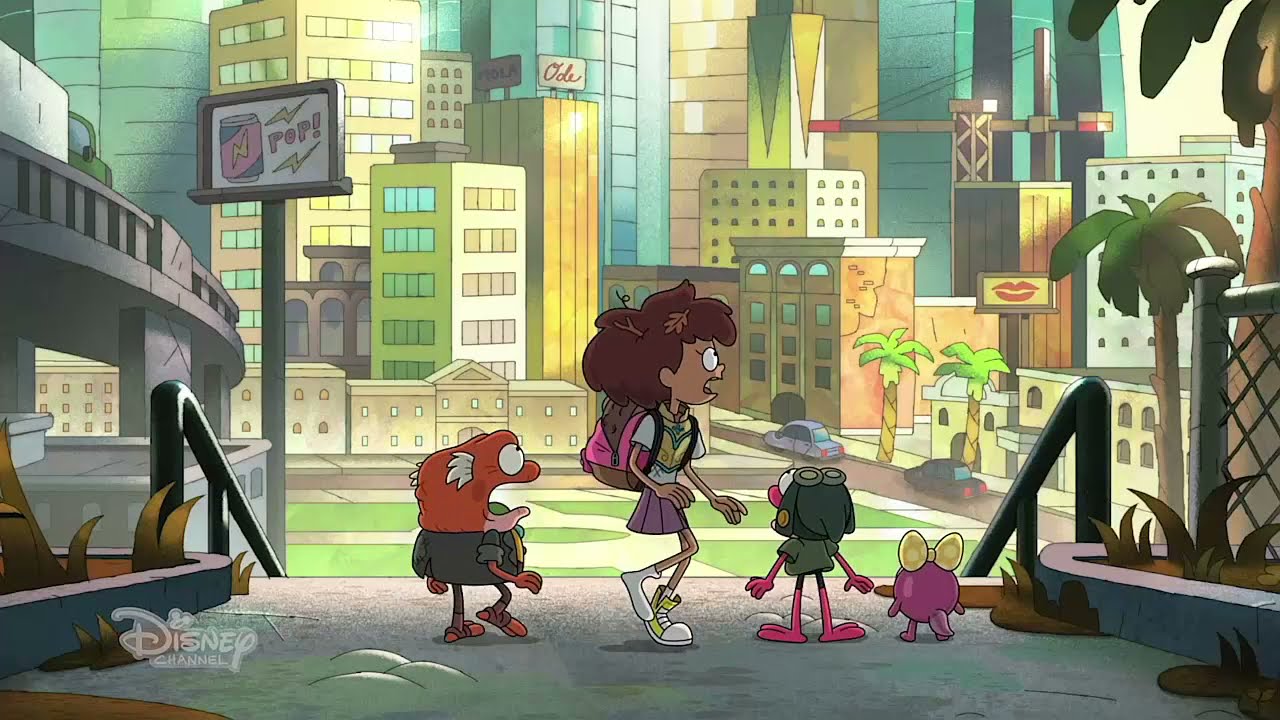 The display of Anne’s newly-realized powers is spectacular too, and I like that it noticeably weakens her to use them. She also remarks near the end that using them felt like a bad thing to do, which is interesting. Her fight with the frog-bot was short but effective at showing her new abilities, reiterating the threat posed by Andrias’ resources and exciting in its own right. Speaking of King Andrias, he’s voiced by none other than Keith David, one of my favorite voice actors. I first heard him in Gargoyles, and I’ve loved his deep, booming presence in Coraline, Princess and the Frog, and more. Amphibia creator and executive producer Matt Braly cites Gargoyles as one of numerous inspirations on his series, likely leading to David’s casting.

Overall, I think “The New Normal” is good. It doesn’t reinvent the wheel, and I have some questions about Anne’s parents. Nonetheless, the character interactions are good, and it sets up some terrifying possibilities going forward. If Disney can get their airing schedule in order, I’ll be delighted.

Overall, I think “The New Normal” is good. It doesn’t reinvent the wheel, and I have some questions about Anne’s parents. Nonetheless, the character interactions are good, and it sets up some terrifying possibilities going forward.