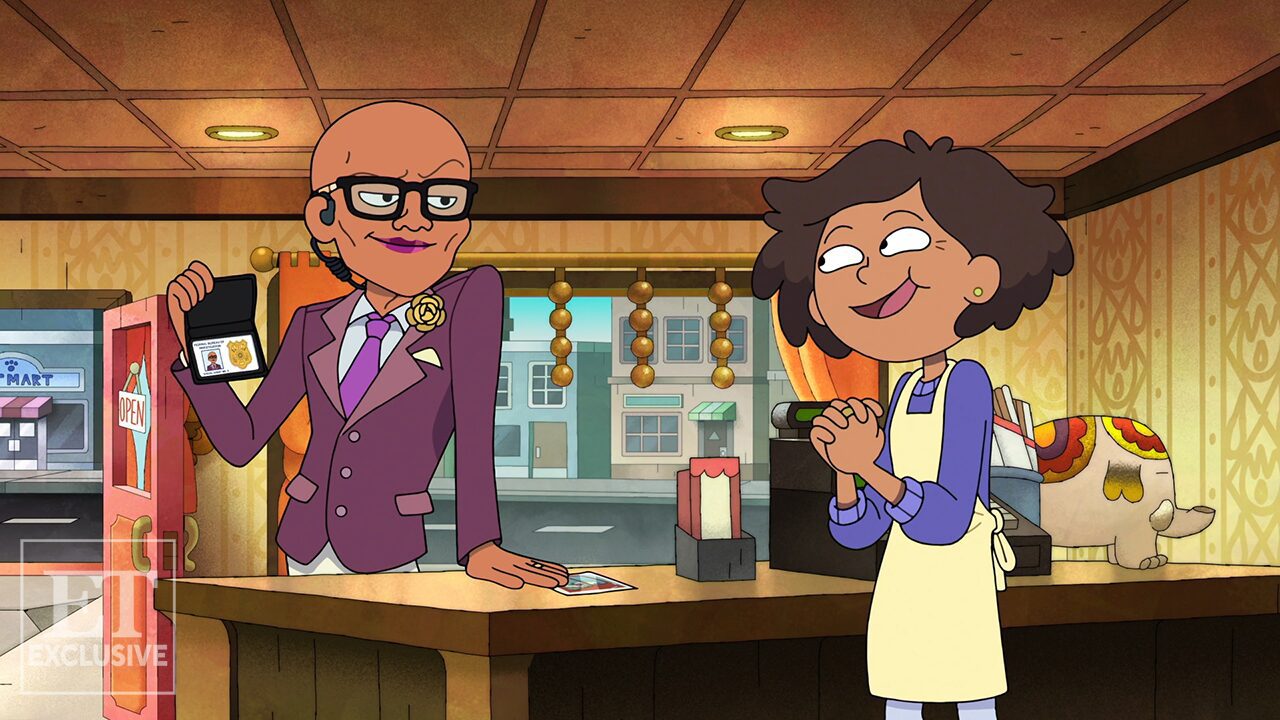 “Mr. X” finds the titular government operative researching the Plantars. He and his coworker visit Anne’s restaurant for lunch, but, luckily, Anne and the Plantars head to the movies. Anne tells Hop Pop that she shelters her parents from certain parts of her life because they can’t handle it. However, when Mr. X (RuPaul) questions the Boonchuys about their froggy fugitives, they spring into action to warn Anne. Mr. X makes it to the theater and spots his prey before Anne’s parents can warn her. Mr. X is no match for Anne, but as they escape, he calls back-up. Anne’s parents cut power to the theater bathroom, snatch Anne and the Plantars, and leave before any of Mr. X’s operatives can see them.

In “Sprig’s Birthday,” Anne and Sprig’s finger football game is interrupted by Polly and Hop Pop’s plans for the titular event. They give him a mud crown, and he reflects on his life. As they all head off to watch TV, Anne isn’t satisfied by this display. She has her own ideas for the big day; they eat Mexican food, go to an amusement park, and see all the sights. Sprig says this is in his top three birthdays, motivating Anne to make it #1. They ride a hot air balloon in spite of the unsafe wind conditions. The balloon comes untethered, and the two lose control. The balloon pops, and they plummet to the ground, but land softly. Anne finally gives Sprig his present: an engraved telescope.

“Mr. X” is hilarious despite being the villain’s official introduction. He was mentioned at the end of “Anne-Sterminator,” ominously setting him up as a new threat for Anne and the family of frogs. This light-hearted approach to the character makes me believe that he’ll be an ally to the heroes by the end of the season, if not much sooner. Despite how his colleagues talked about him last week, he seems more like a weird nerd fascinated by aliens than a murderer of inter-dimensional frogs. Even in the couple of instances Mr. X comes face-to-face with the Plantars, he comes off as curious or intrigued more than malicious. I’m not saying that he can’t turn out to be evil for real or that I prefer he not be. However, if that’s their intent, “Mr. X” is a weird way to bring in a new villain, and first impressions are essential.

I hope that doesn’t sound like a harsh complaint because it’s more of an observation. Silly villains can work, but they have to be threatening, too. Mr. X isn’t scary or imposing, so it would make sense to make him a more positive character in the show. That being said, “Mr. X” continues the outstanding visual gags and rapid-fire one-liners I loved in “Fixing Frobo/Anne-Sterminator.” The show was always funny, but I watched the two first seasons in quick succession earlier this year, so it all sort of ran together for me. I’m noticing myself having a similar problem with Young Justice, the previous seasons of which I also quickly binge-watched a few months back. There are multiple references to both classic and newer movies in “Mr. X,” and the dialogue is clever and yet again shows the nerdiness of creator Matt Braly and his crew.

The issue at the heart of “Mr. X” is that Anne still doesn’t fully trust her parents to understand her situation and help. After fending for herself with three talking frogs as her sole allies, Anne doesn’t know how to depend on the adults in her life, and that’s sad. Maybe it was always the case. Anne complied, against her better judgment, when Sasha and Marcy wanted to sneak off for her birthday instead of letting her celebrate at home with her parents. She went along with the uncomfortable situation rather than ask for help. I do find it kind of odd that Anne still thinks it’s better to keep them out of the loop after their actions in “Anne-Sterminator,” but change isn’t an overnight process and kids are dumb. 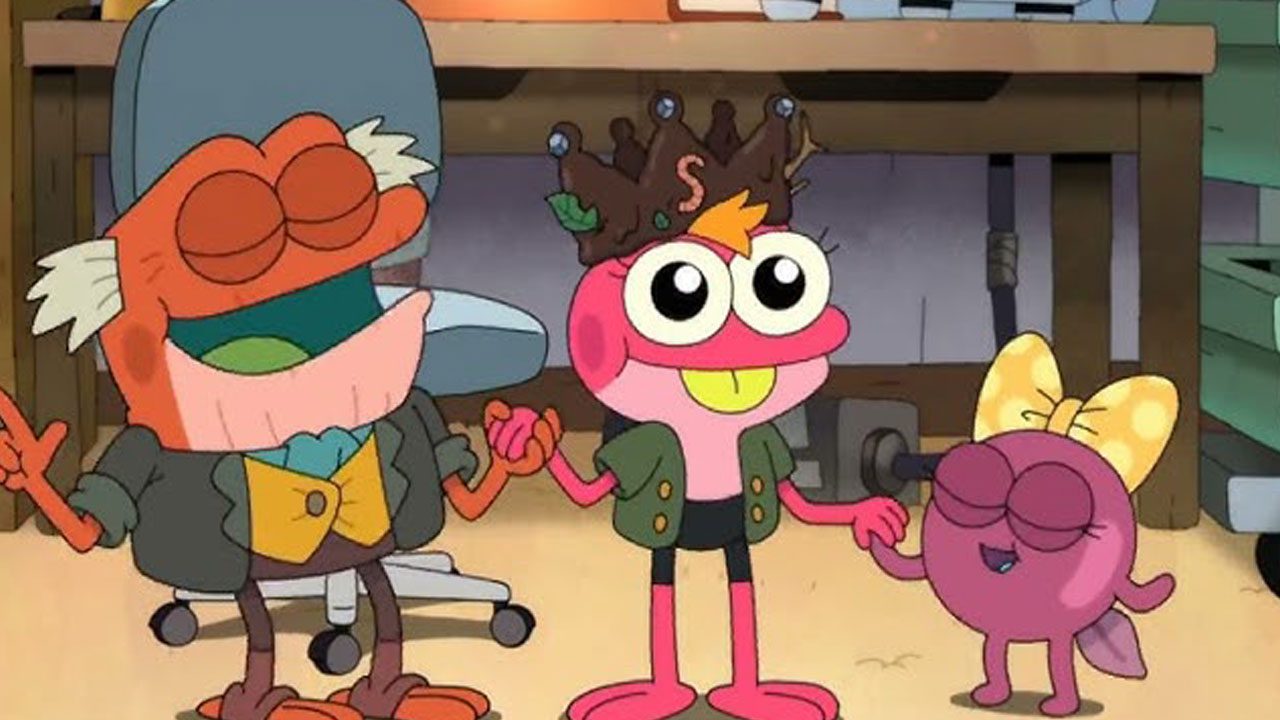 “Sprig’s Birthday” also has a lot of good comedy, and several of the background characters in the scene with the balloon have appeared earlier this season. When you watch as many cartoons as I do, you have to stop and appreciate this level of detail. These aren’t re-used character models; the show actively checks in with characters who initially seemed like jokes or placeholders. At the risk of doing Amphibia a disservice by comparison, this reminds me of Avatar: The Last Airbender on a smaller scale. Unlike most “kid’s shows,” Avatar turned seemingly one-episode or background characters into meaningful parts of the story. I’m not saying Amphibia will do that; it airs on the Disney Channel, where creativity and inspiration go to die. It would be pretty neat, though.

“Sprig’s Birthday” revisits the thread of Anne trying to ingratiate herself with Sprig even though he already considers her family. Sasha’s conditional friendship and outrageous demands have trained Anne to think she must impress people to earn her friendship. Hey, Amphibia crew, could you stop calling me out like this? It’s getting embarrassing. In all seriousness, this is a believable trait for Anne, given flashbacks and even passing lines of dialogue in various episodes. I imagine eventually, all of Anne’s over-the-top ideas that lead to disaster will culminate in a confrontation about this. Sprig isn’t Sasha, so regardless of Anne’s trauma and still-developing social skills, it’s unfair to endanger him and his family in the pursuit of cool points. 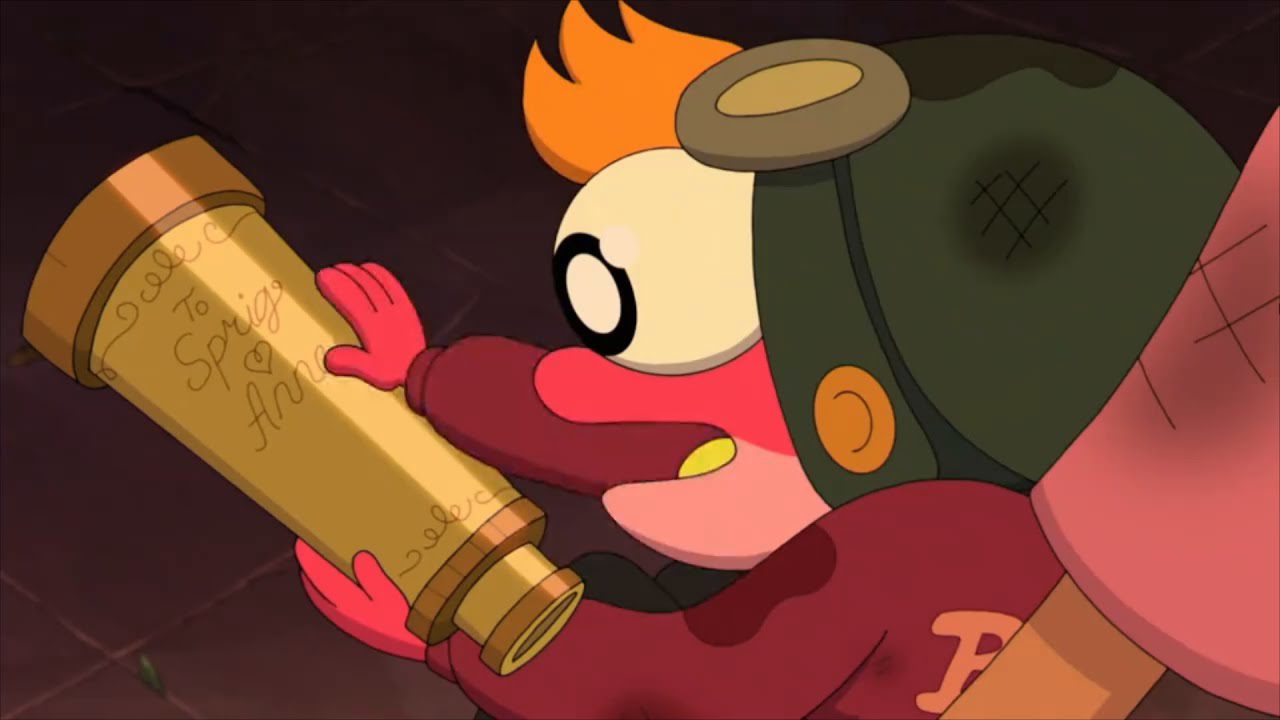 I liked the scene where the Plantars talk about Amphibian birthday customs a lot. It was interesting, and it feels very genuine how Anne responds. It doesn’t sound like fun to her, and most people make birthdays all about having fun, especially if it’s a kid’s special day. Anne retorts that all the mindfulness and gratitude sound like brain-washing, missing the obvious counterargument that could be made. I don’t think this was anything terribly profound. Nonetheless, it was good to explore this facet of two characters who come from different cultural backgrounds.

“Mr. X/Sprig’s Birthday” is an excellent episode with two funny, smart stories that present legitimately interesting concepts and arguments. How I feel about “Mr. X” over time will depend on how the character is used this season, but it’s highly entertaining, and that’s good for now. “Sprig’s Birthday” feels like a stepping stone on the path to a fight Sprig and Anne will inevitably need to have for their friendship to continue and grow.