REVIEW: Amphibia Season 3, Episode 8, “Hollywood Hop Pop/If You Give a Frog a Cookie” 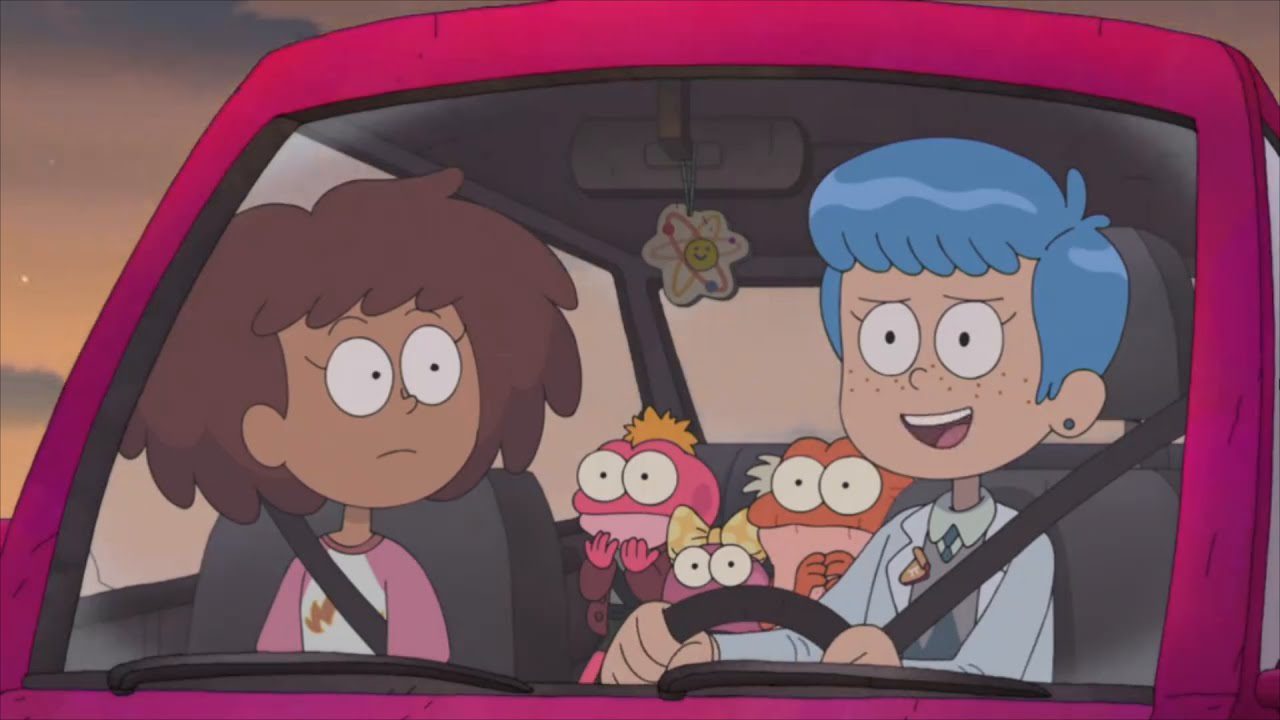 In “Hollywood Hop Pop,” Hop Pop learns about humanity’s reverence for actors and decides to audition for a part. Humphrey (Wallace Shawn), an individual there to audition, gives Hop Pop his place in line to welcome him to town. Hop Pop ultimately gets the role in a commercial and generates a popular catchphrase. However, Anne’s worst fears are confirmed when this draws the attention of Mr. X. Hop Pop’s fame gets him an audition with a prominent movie director. However, when he learns that Humphrey is a janitor on the studio lot, Hop Pop gives the audition to him. Humphrey gets the job, and Mr. X is thwarted when he finds Humphrey in Hop Pop‘s place. “If You Give a Frog a Cookie” finds Anne trying to comfort the homesick Plantars. She receives a call from Dr. Jan about Dr. Frakes, someone who may be able to help them get back to Amphibia. She asks Anne not to tell the Plantars until Dr. Frakes has been vetted. However, Anne spills the beans and offers to take the Plantars to her to make them feel better. Dr. Frakes has been conducting experiments with portals since Anne and her friends were sent to Amphibia. She offers to show Anne and the Plantars her portal, and Anne agrees despite her better judgment. The Plantars are revealed as frogs, and Dr. Frakes takes them for more experiments. However, Dr. Frakes’ assistant Terri helps Anne stop her and escape. Terri also pledges to help Anne build a new portal to Amphibia. 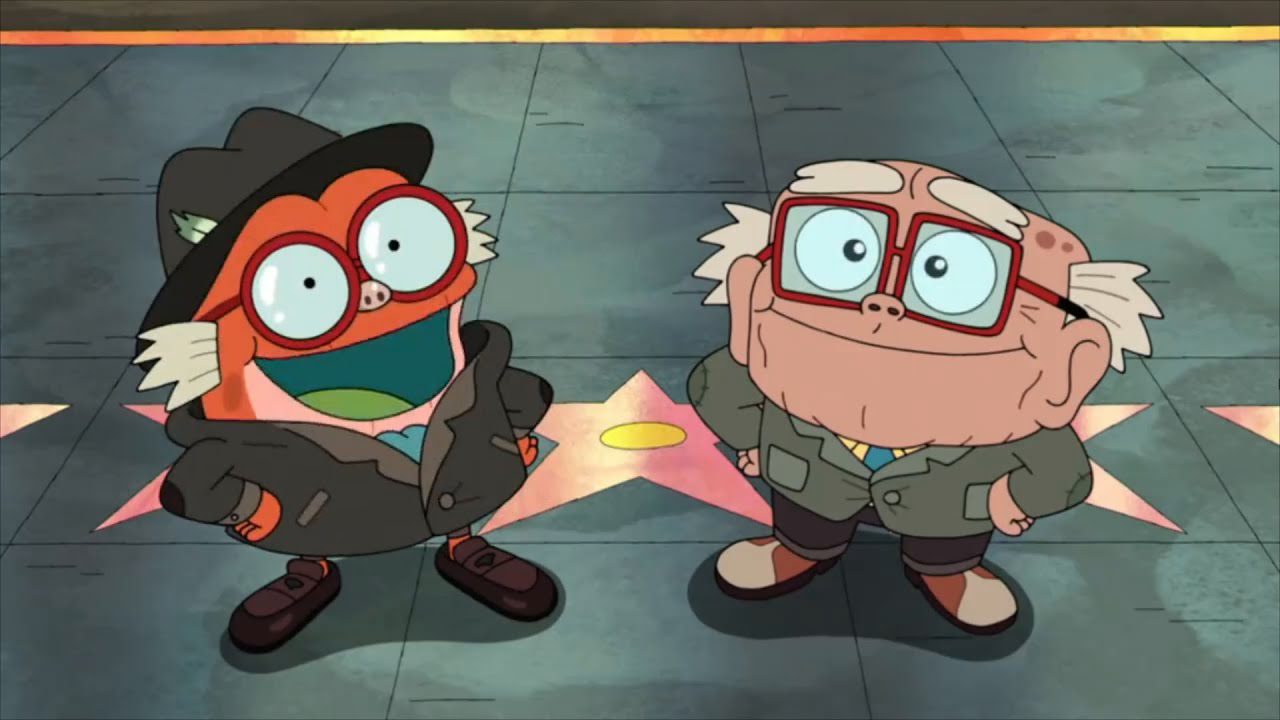 I usually know about Amphibia‘s guest stars in advance thanks to the internet, but I wasn’t expecting to hear Wallace Shawn in “Hollywood Hop Pop.” They’ve consistently had good people this season, and this is another home run. I’m not surprised that Shawn keeps getting voice work because his voice is so expressive. He plays against type as Humphrey, a warm, generous old man happy to help a stranger. This is also smart casting since Humphrey is supposed to be Hop Pop’s double. Wallace Shawn and Bill Farmer don’t sound identical, but their voices are close enough to see why Shawn was chosen.

“Hollywood Hop Pop” also shows Mr. X’s growing frustration with the situation. Yet again, Anne and the Plantars cover their tracks just in time to embarrass him in front of his colleagues. Humphrey is the one auditioning, a believable mix-up given their aforementioned similarities. Initially, I suspected that Mr. X would eventually become an ally and help the Plantars. His somewhat comedic portrayal and fascination with frogs seemed to suggest this. Likewise, I thought Disney was unlikely to use such a flamboyantly gay character as a villain right now. However, I don’t think that’s likely at this point. The way they explore his embarrassments makes me think he’ll only become more driven to capture the Plantars. 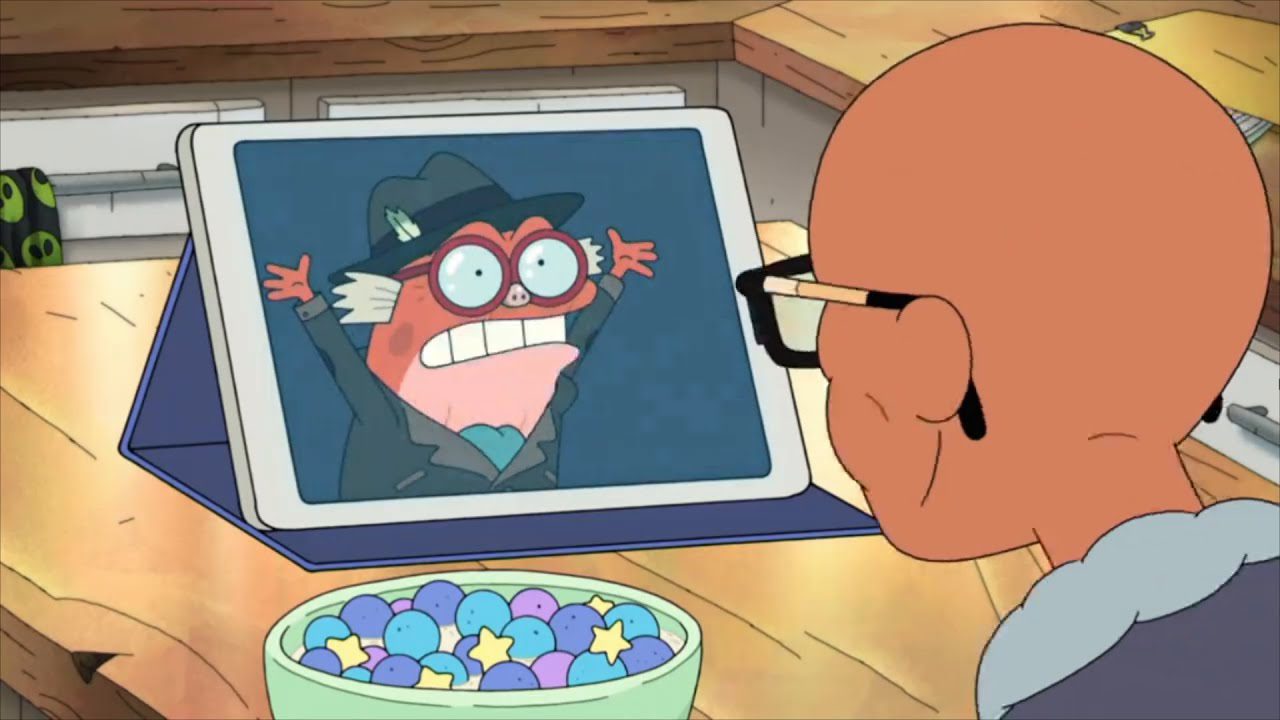 “Hollywood Hop Pop” is also littered with fun references and callbacks. On the Hollywood lot where Hop Pop has his big audition, you can see a new Turantulad movie being filmed. There’s also a brief glimpse at a Downton Abbey-esque series which I believe the Plantars have been shown watching before. Matt Braly and co. are either huge nerds who get a kick out of sneaking these Easter eggs in, or they know exactly who their audience really is. It’s probably some combination of both.

Anne and the Plantars just keep collecting more enemies to look out for. I know Anne is just a kid, but come on! It’s really frustrating to watch her take the Plantar family right to someone who is almost certainly a threat. “If You Give a Frog a Cookie” introduces the maniacal Dr. Frakes and her assistant Terri. Frakes is voiced by Cree Summer, known as Princess Kida in Disney’s Atlantis: The Lost Empire, Hyena in Gargoyles, and numerous other voice roles. She’s essentially a legend in the animation community. Terri is voiced by Kate Micucci, who you may know as Webby from the DuckTales! reboot and Sara in Milo Murphy’s Law. Both actresses have also done live-action performances. Dr. Frakes has a strange character design, like a cross between Dola from Castle in the Sky and Dr. Eggman from the Sonic games. The character’s appearance doesn’t fit well with Cree Summer’s voice. However, I love Summer, so I’m not too upset. 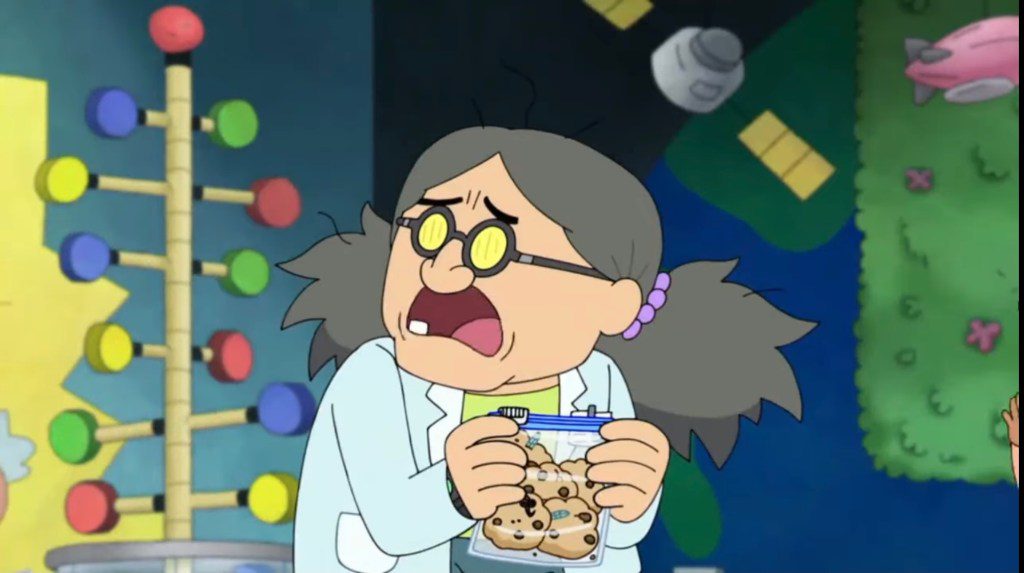 Anne’s people-pleasing (frog-pleasing?) nature is relatable and understandable under the circumstances. Anyone would feel bad for their friends who haven’t been home in a while, and Anne feels a special kind of responsibility for the Plantars. At some point, though, Anne is going to have to learn and grow even more than she already has. She must stop endangering the Plantars, even if it’s what they want. Dr. Jan even warned Anne specifically not to trust Dr. Frakes until she checked her out. The implication seems to be that it was worth it to meet Terri and gain her help. Was it, though? Is Terri’s aid with the portal going to be enough to justify having yet another person after them? When it became clear that Terri was going to stop Dr. Frakes, my first thought was that Anne would refer her to Dr. Jan. After all, Anne specifically points out that she and the Plantars lost Terri her job, and Dr. Frakes tells her she’ll never work again. Terri says her work on the new portal will be enough to restore her career, but I’m not sure that makes sense if Dr. Frakes is going to discredit her.

Overall, “Hollywood Hop Pop/If You Give a Frog a Cookie” is good stuff, and Amphibia season 3 is really starting to heat up. This is one of the stronger pairings this season in that one of the episodes isn’t significantly better than the other. Both episodes introduce fun new characters while focusing on the development of the leads. I hope we see Humphrey in more episodes. I expect Terri and Dr. Frakes to become recurring characters to the Boonchuy/Plantar families’ benefit and detriment, respectively.

Amphibia Season 3, Episode 8, "Hollywood Hop Pop/If You Give a Frog a Cookie"

Overall, "Hollywood Hop Pop/If You Give a Frog a Cookie" is good stuff, and Amphibia season 3 is really starting to heat up. This is one of the stronger pairings this season in that one of the episodes isn't significantly better than the other.