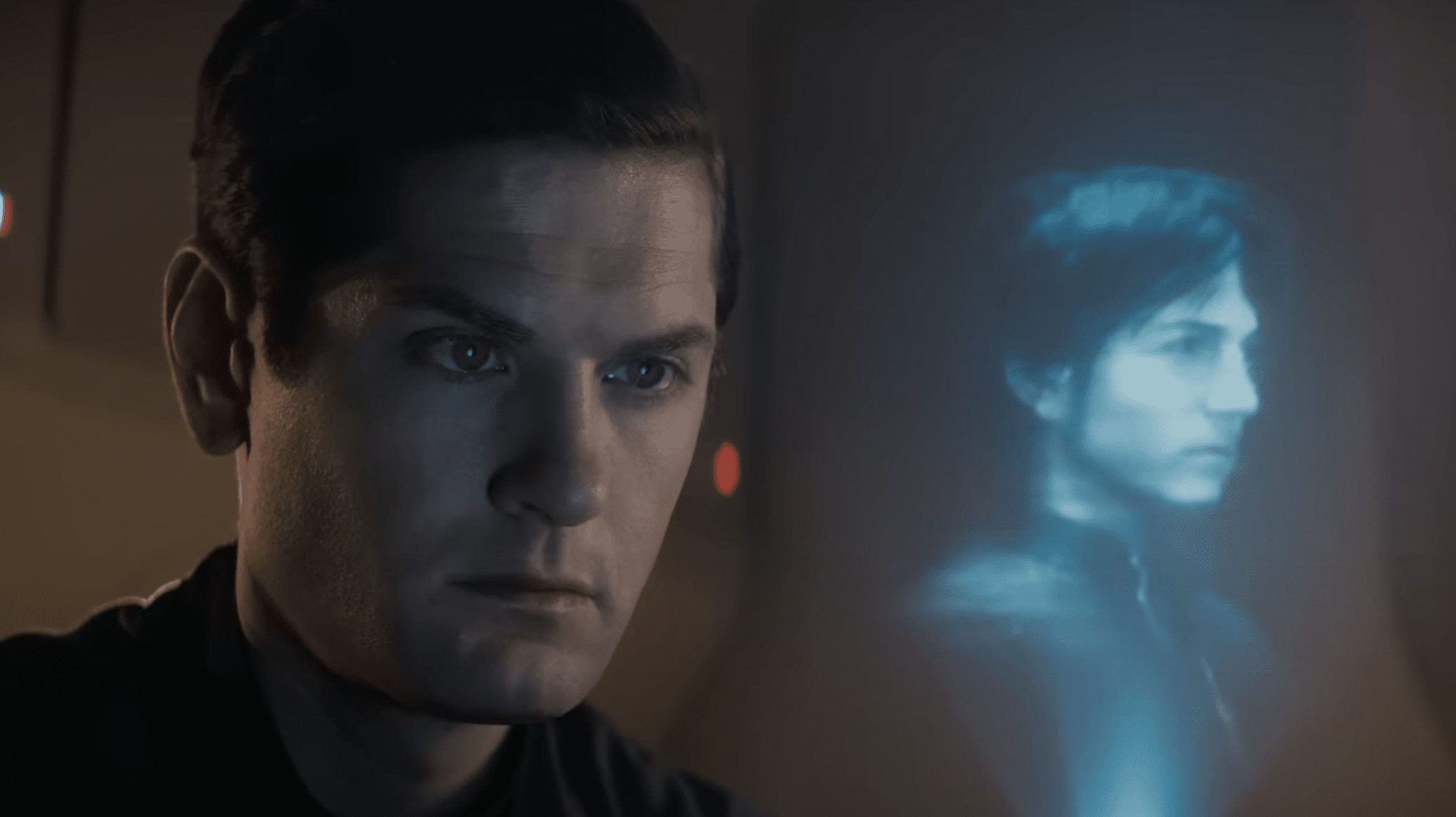 Andor’s introductory episode wasn’t bad, promising a departure from the uninspired, clichéd approach to shows like Obi-Wan Kenobi and The Book of Boba Fett. Can the series continue with this grounded tone and complex moral spectrum?

In “Episode 2,” Timm snoops on Bix’s computer and discovers Cassian’s wanted status. Bix arranges a meeting with Cassian while his mother, Maarva, asks how anyone could have known he was from Kenari. Bix tells Cassian that the buyer is coming. Cassian prepares to meet the buyer as Imperial forces come for him.

The actors in Andor continue to pull their weight in “Episode 2.” I’m still not loving these episode “titles;” are they afraid of somehow spoiling the plot by naming the episodes? Bix’s boyfriend and business partner Timm leaves more of an impression here, for sure. I don’t think I like him! Cassian told Timm to find a less complicated woman in “Episode 1” if he didn’t like Bix’s secrets and dangerous lifestyle. I’m afraid I have to agree; these two probably don’t need to be together. Timm evidently spends all day worrying about Bix and following her around. This is creepy and wrong. I can understand being dissatisfied with a partner who isn’t honest with you; that’s a sign of dysfunction. But you can’t just stalk your girlfriend whenever she goes out. I can’t believe Bix hasn’t picked up on this yet; people who sneak around are usually paranoid and on the lookout. There’s no trust in this relationship, so I don’t understand why Timm will fight and maneuver to make it work. It already doesn’t work, dude. Aside from being creepy and morally reprehensible, this leads to the inevitable misunderstanding where Timm sees Cassian clasping Bix’s hands. Presumably, he thinks they have something going on the side, which is why he reports Cassian to the Empire. I hate this trope, where a character misinterprets something they weren’t supposed to see. At this point, I dislike Timm more than any of the show’s actual villains. I thought they were going full Game of Thrones at first when Bix started undressing in Timm’s room. The tone and complex nature of the characters remind me of that show, so maybe I momentarily forgot what I was watching. They cut away right before she gets too uncovered. Even the way they talk and look at each other is more suggestive than Star Wars normally goes for. I’m neither for nor against this; it’s just an observation. 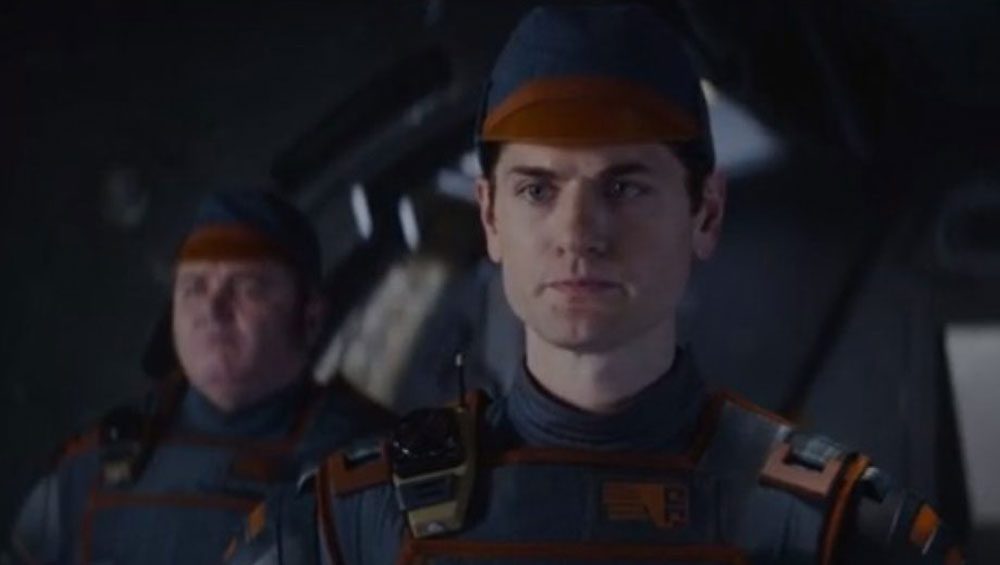 Then we have Syril spearheading the Ferrix operation. This character continues to grow on me, as he is willing to directly participate in the mission. You often hear that a leader shouldn’t give orders they wouldn’t be willing to follow themselves, and that comes into play here. Syril quickly forms a rapport with a man who falls below him on the chain of command but above the other recruits. They discuss the importance of getting to the bottom of these murders and maintaining order. I get the sense that, as the audience, we’re supposed to take issue with these sentiments, but I don’t. The lower-ranked officer does seem a little extreme, and I’m sure this will be a problem later on, but right now, I agree with much of what they’re saying. The speech scene is excruciating because I feel bad for Syril. He gets to lead this big operation he orchestrated but fumbles the speech, leaving the men confused and bored. I don’t mean to project, but between this and the obsession, is this character supposed to be neurodivergent? 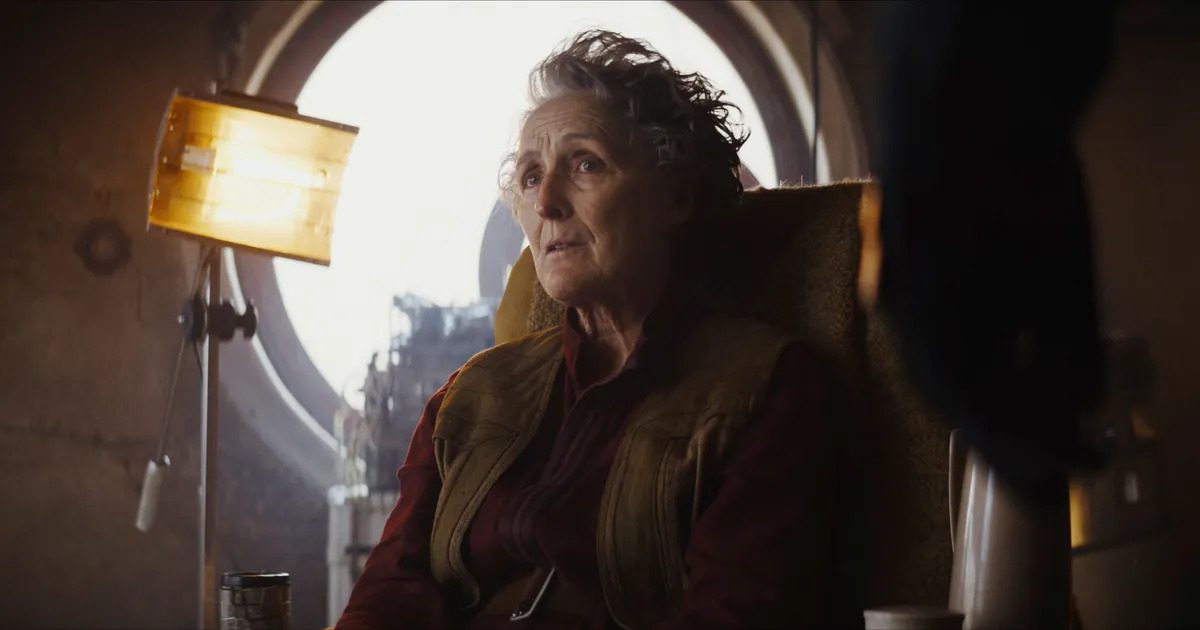 “Episode 2” introduces Cassian’s adoptive mother, Maarva (Fiona Shaw), as well as Luthen Rael (Stellan Skarsgård). We don’t get to see much of them, but these are two characters I’m looking forward to learning about. Stellan Skarsgård is a great actor, and even in this episode, he shines with very little dialogue. His expressions and body language are so expressive that you never get bored watching him. This character will be something like Cassian’s handler in the Rebellion, bringing him to their side. Maarva is an overbearing, protective mother, but it’s easy to understand under the circumstances. Her droid Bee is a cutie, and his concern for Cassian is touching. I wish I cared that much for him; so far, I think Cassian may be the least interesting character in the show. I’m willing to wait and see where they take him, but at the same time, his story has to end in Rogue One. They can only do so much in this timeline before he dies.

The flashbacks continue in “Episode 2,” this time showing Cassian’s first experience with death. Back on Kenari, he and several children go out to investigate a crashing sound. They find an Imperial vessel, and one of the kids is killed in the attempt to scope it out. His little sister, whom he is looking for in the main story, isn’t present because he made her stay home. I imagine this will end up being how she was taken away. One aspect of the show I neglected to mention in my last piece was the musical score by Nicholas Britell. The music is outstanding in “Episode 2,” and it’s very different from anything else we’ve heard in Star Wars. It has a hard edge to it, but it’s still melodic and beautiful. The flashback scenes also have a distinct soundtrack, making them feel alien to the main story.

I like “Episode 2” a little more than the first because it’s more engaging. Things are starting to take shape with Cassian’s backstory, we meet more of the show’s great characters, and Syril is on the move. I don’t like what Timm is doing, and I don’t think he and Bix will work out, either as a couple or as business partners. I do find it interesting to watch it unfold, though. I’m primarily in waiting mode with this show; I’m intrigued enough to keep watching, but I feel like I’m waiting for the other shoe to drop.

"Episode 2" is an improvement over the season premiere, but not a huge one.

Yeah, the acting is good. I liked the old lady character, her adoption of him, and her flashback when she finds that blowgun pipe thing. Andor is a shady character, but maybe the only relatively free one, while everyone else is a mechanic or miner full time.