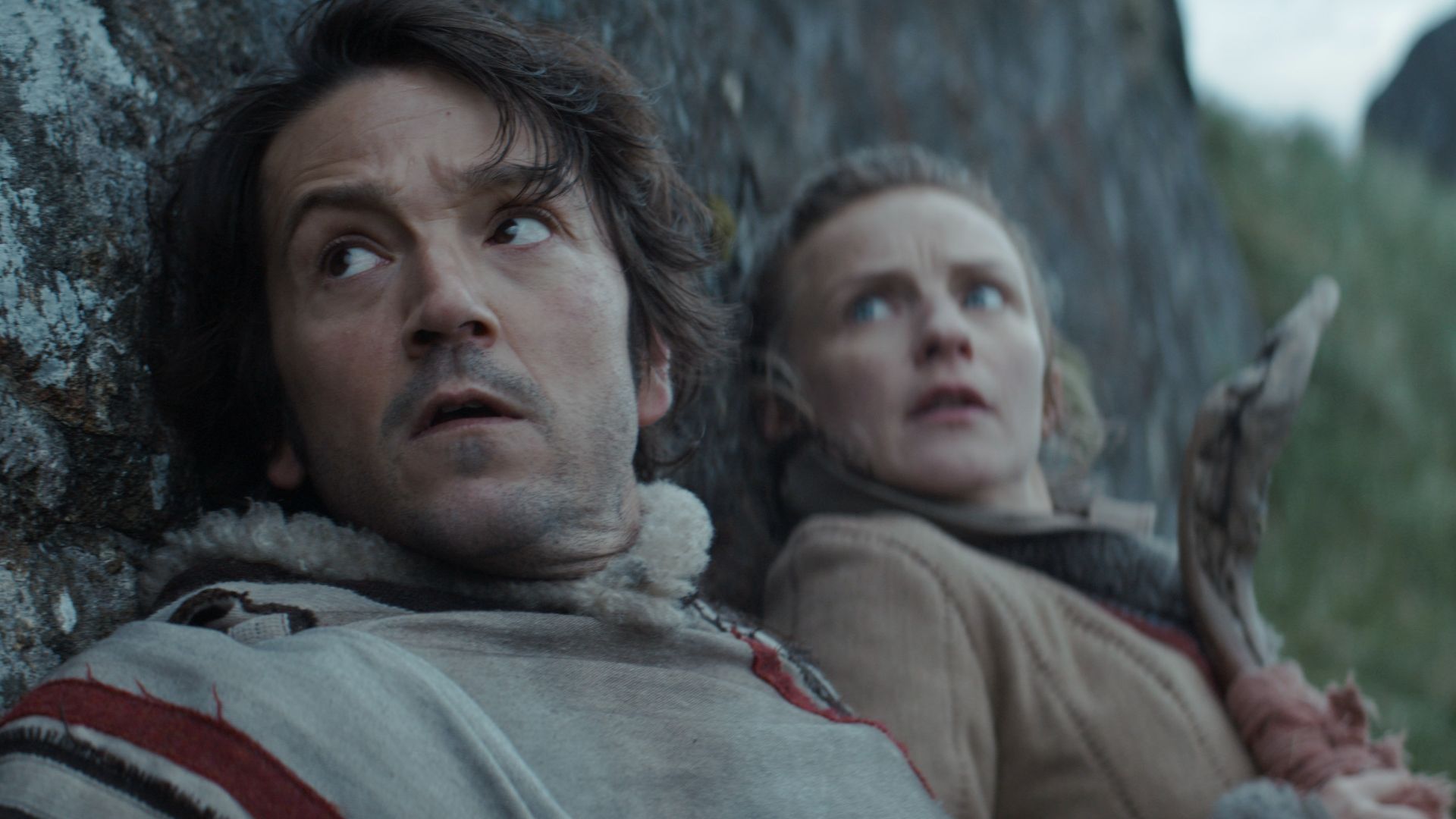 “Aldhani” finds Luthen and Cassian discussing the latter’s first mission aboard the former’s ship. Meanwhile, we meet Dedra, a mid-ranking member of the ISB yearning for the opportunity to make a splash in the field. Her male colleagues encourage her to tone it down, and her superior officer denies her request to investigate the theft of the box Cassian stole. Luthen introduces Cassian to Vel, the leader of his mission. Syril Karn, Linus Mosk, and Chief Hyne are fired, and the Morlana Security corporation is taken under full Imperial authority. Vel introduces Cassian to the rest of the crew and forbids him to mention Luthen to any of them. Back on Coruscant, Luthen meets with Mon Mothma under the guise of an art deal. The Senator tells him she may have a new ally for them, but this brings Luthen little comfort. Syril goes home to his mother. At home, Mon Mothma discovers that her husband has invited her political enemies to dinner. 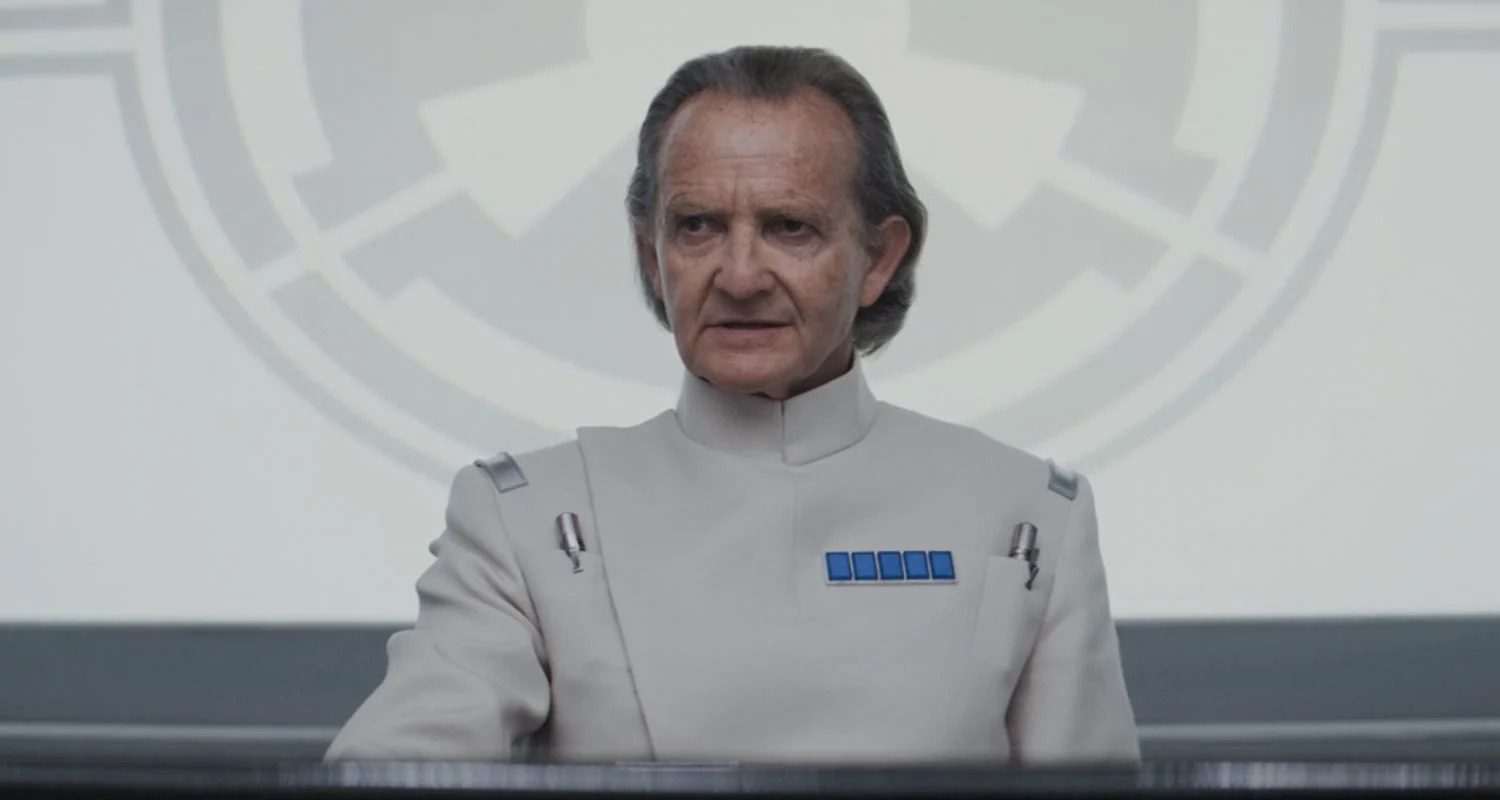 I need to clarify something I got wrong in my previous reviews: Syril and his co-workers weren’t direct employees of the Empire. Evidently, Pre-Ox Morlana is some type of security contractor. I don’t understand how that gave Syril the authority to chase Cassian back to Ferrix, but political structures in Star Wars have never made sense before; why start now? I felt terrible for Syril and Linus in this scene because they did what they thought was right. Investigating the killings and seeking justice for their men was a noble and understandable thing to do. I’m fascinated by how they’re writing Syril; I get the impression that they’re knocking him down to build him back up again, as you would typically see with a protagonist. They’ve even given him his own antagonists, like the indifference of his superiors and incompetence of the Empire. I may be jumping the gun here, as Tony Gilroy and Kyle Soller haven’t even decided if Syril will be redeemed. But his portrayal thus far reminds me of Prince Zuko in Avatar: The Last Airbender, an honorable, well-intentioned villain who eventually sees the error of his ways. So far, I strangely find Syri much more sympathetic and enjoyable to watch than the title character. I also wonder what’s up with his mother; she slaps him when he arrives but eventually hugs him and pulls him inside. I assume she’s angry with him for being fired and having to come home, but it seems like they want to set up yet another complicated dynamic here. I can’t wait to see it play out.

Speaking of Imperial incompetence, it’s a recurring motif in “Aldhani.” The Empire dismisses the Morlana men as fools rather than considering the possibility that the criminals they chased were more dangerous than expected. Dedra’s boss doesn’t even give her suspicions a second thought, and her co-worker essentially tells her to keep her head down. Mon Mothma tells Luthen that she’s being watched constantly, yet they must be having some success. She becomes the Rebellion’s figurehead, and as we know, they win in the end. There are even smaller examples of this, such as the notes Dedra reads about the box Cassian stole. They’re inconsistent and vague, offering little information to the reader. I imagine working in the Empire, especially at the lower levels, is not unlike working in a call center. The useless, typo-filled notes proving useless sent me back to my call center days. I don’t have much to say about Dedra, but there has been concern that she would be more of a feminist statement than a character. That’s not the case in “Aldhani,” so fingers crossed it stays that way. Her boss seems like a reasonable person who just needs more info before approving a mission, and her colleague could just be a jerk. 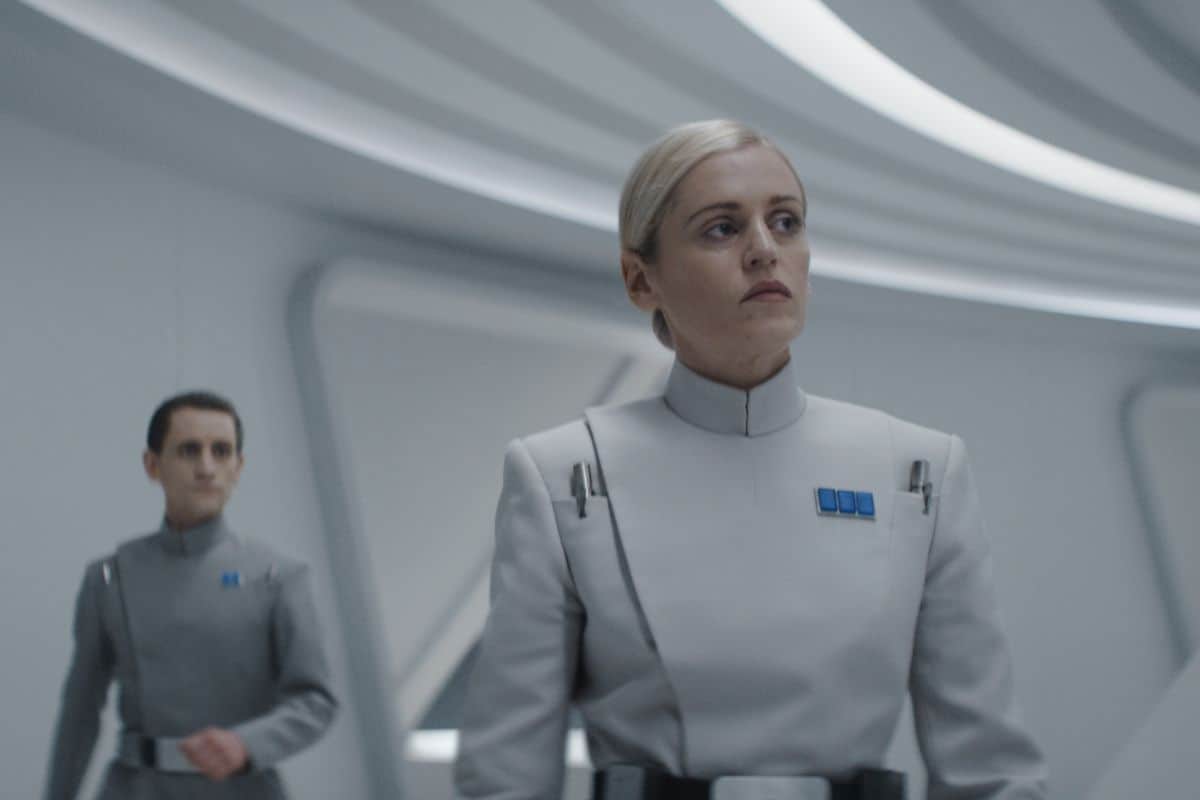 Stellan Skarasård really shines in “Aldhani,” thanks to some magnificent dialogue with Cassian and, later, Vel. This idealist has a vein of pragmatism; he tells Vel that Cassian is insurance, and if he strays from the mission, he’s “disposable,” since he’s being rented. Cold-blooded but understandable under the circumstances. Luthen is almost split into two characters, as back on Coruscant, he’s jovial and well-dressed with a booming voice. He very much sells his role as an art dealer, and I fully believe this is an act to disguise his rebellious activities. I also wonder who Mon Mothma’s new ally could be. My first thought was Saw Gerrera, and I’m not sure if she knows yet what a loose cannon he is. Forrest Whitaker reprises his role in this series, so we will see him one way or another. This would make sense as a way to bring him into the fold, and I’d love to see the growing tensions between the Rebellion and the Partisans in this show. Cassian may see the two factions as one and the same, but they differ wildly in their methods and moral codes.

This episode is absolutely beautiful, too. The action and collateral damage look great, and Mon Mothma’s house is just ethereal. Even the landscape where Cassian and Vel are walking is stunning; I just want to take a hike there. We also get some tension between Mon Mothma and her husband, Perrin. I can’t wait to learn more about this. Is there true animosity between them, or does she just not like his friends? Are they just sparring spouses, or does he have it out for her politically? I’m so curious about these two! The dinner with her political rivals should be interesting. As an aside, today, my Disney+ populated titles for Andor’s episodes, so I guess they are titled after all. That’ll show me, but they need to fix their interface. 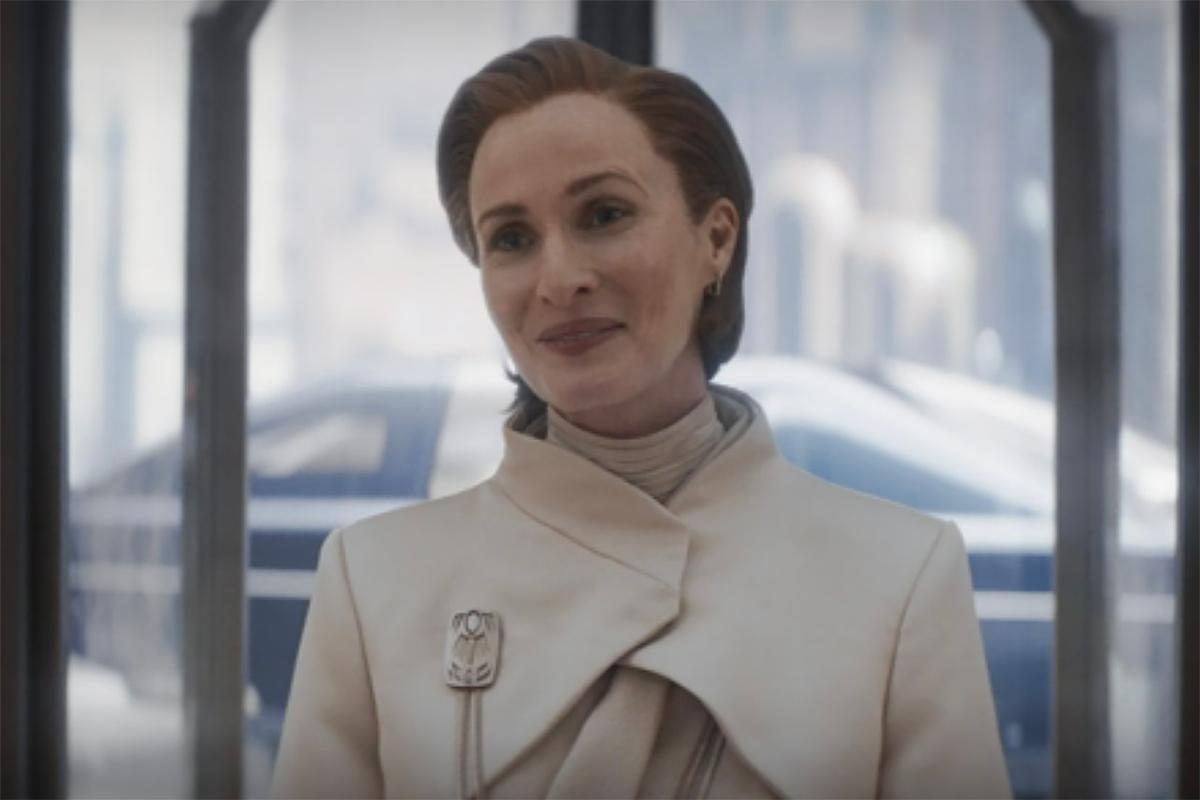 “Aldhani” is great TV, full-stop. I can’t believe how much this show has picked up in four episodes! The dialogue and set design are next-level, and the actors take their characters and setting 100% seriously. I can’t wait to see how this show unfolds, and I sincerely hope they can keep this energy up for the next 20 episodes.

"Aldhani" is great TV, full stop. I can't believe how much this show has picked up in four episodes! The dialogue and set design are next level, and the actors take their characters and setting 100% seriously.