"The axe forgets but the tree remembers." 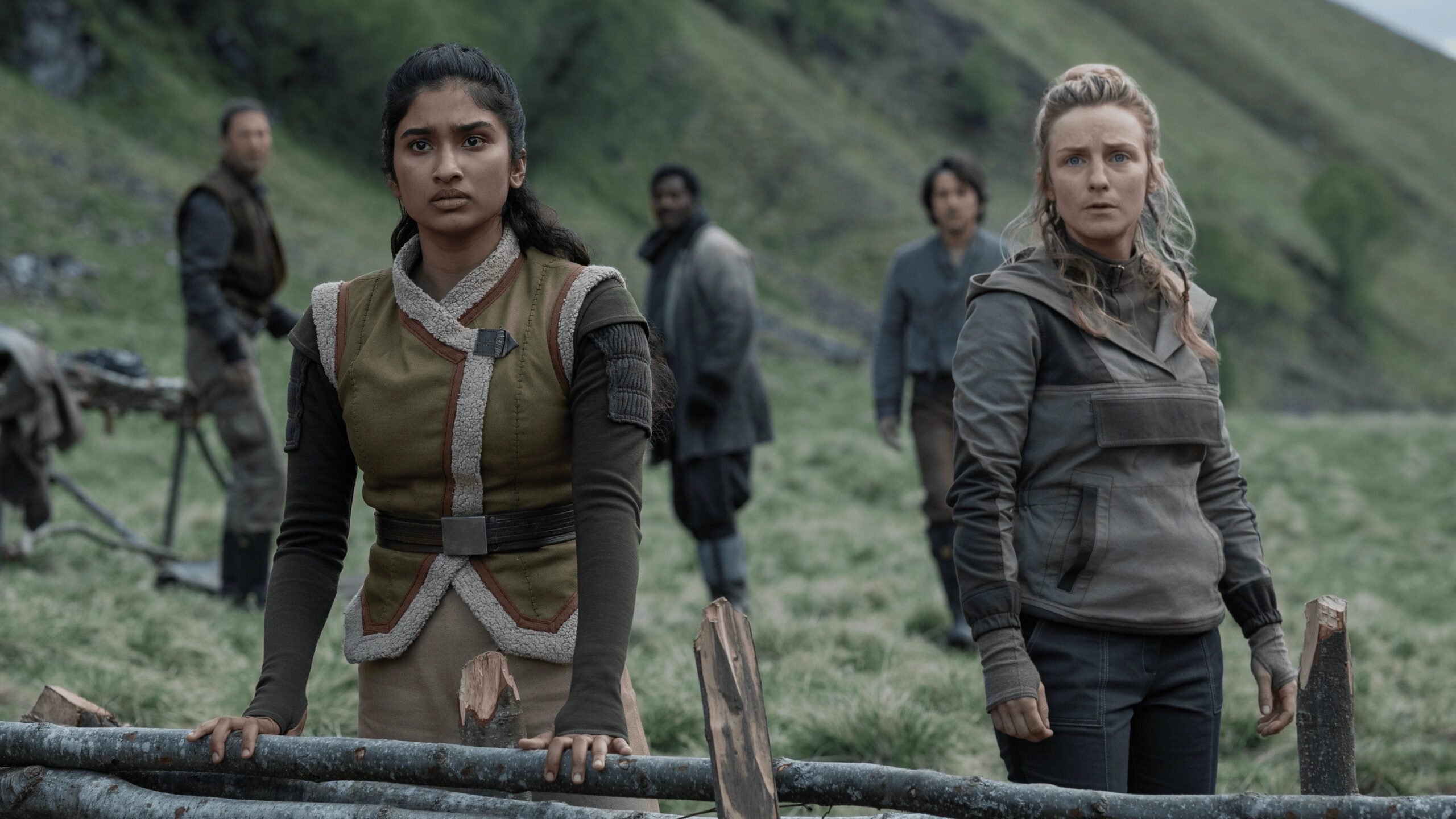 In “The Axe Forgets,” Cassian bonds with his small band of Rebels. Mon Mothma’s daughter chooses to go with her father instead of her. ISB agent Dedra Meero continues researching Rebel activities. Skeen discovers Cassian’s a mercenary, causing clashes among the group. As Lieutenant Gorn reduces staffing for the night of the attack, Zel’s small crew pulls together in preparation for the attack.

Andor’s cinematography continues to impress in “The Axe Forgets.” The scenery at the Rebel camp is just stunning, and it’s magnificent when the TIE fighters swoop overhead. They’ve put these small Imperial craft into a new perspective, specifically that of the everyman. When you don’t have the Force or a ship of your own, these things are terrifying! It’s almost like a horror movie monster looming over the mostly helpless Rebels. Another scene I really like is the transition from Andor training to the Imperial officers marching. This is satisfying and really ties the two storylines together well. It seems obvious in retrospect, going from the Rebels working on impersonating soldiers to real soldiers at work. But it works really well, nonetheless.

Sule Rimi gets to shine briefly in “The Axe Forgets” as Lieutenant Gorn. In last week’s episode, he was mostly just angry about Cassian’s unplanned arrival. But his scene here where he and another officer discuss the absence of the Aldhanis is powerful. While the other man is relieved not to have “smelly” locals in the way of their operations, Gorn is devastated. This is clear to the audience, but he has his back turned on his coworker, so he thinks nothing of it. This is significant later on when Zel tells Cassian that Gorn was in love with an Aldhani woman. That’s why he joined the Rebellion; the Empire wiped the Aldhanis out, including Gorn’s girlfriend. It’s nice to see the small-scale effects of the Empire from time to time rather than constant planet explosions. 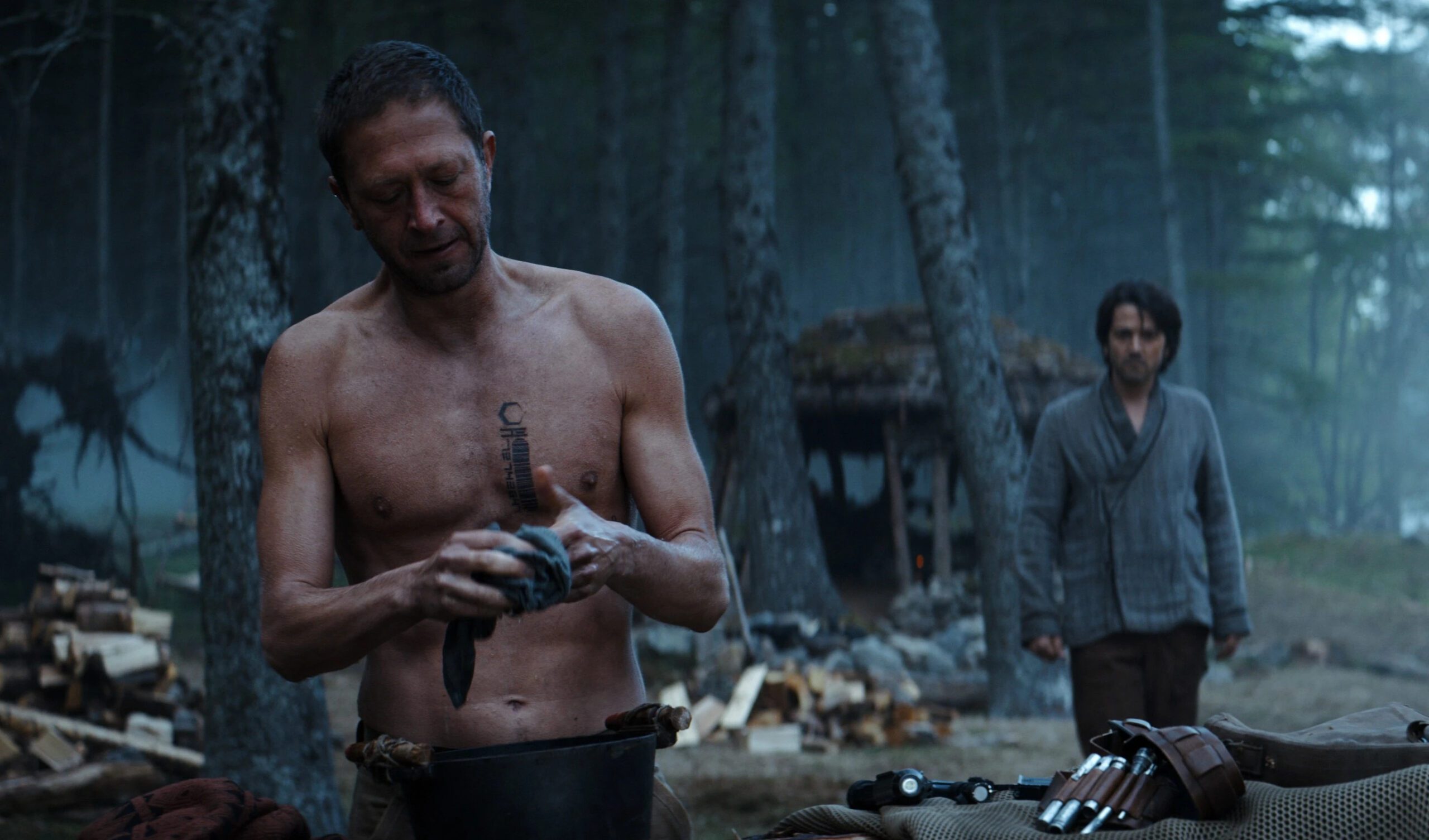 I also like the scenes with Mon Mothma’s family, and I want to know more about them. She evidently doesn’t get along with her daughter as well as her husband. Perrin thinks she’s dull and drab, whereas their daughter thinks she’s pretending to care about her. I want so much more detail with these characters! I’m dying to know why this family is so dysfunctional. Mon Mothma and Perrin seem ill-matched at best and drowning in mutual loathing at their worst. It’s telling that Perrin fosters his daughter’s disrespect towards her mother, siding with her rather than correcting the disobedience. Could it be that Mon Mothma is too wound up in the Rebellion and neglecting her daughter? Is the accusation valid that she only wants to spend time with her to prove a point?

Syril’s situation with his mother parallels the Mothma (is this their last name?) clan, and both even get a scene at the dinner table. His mom is controlling, condescending, and physically abusive. Still, she spends her time in “The Axe Forgets” trying to secure him a job. Nobody is having a good time with their family on Andor, and these are the lucky ones because they still have family alive! My favorite scene with Syril in “The Axe Forgets” is in the end, as he sits in total silence, carefully regarding the photo of Cassian. He must be planning on going after him yet again, and I can’t help but wonder if he’ll go through Imperial channels this time. Syril and Dedra of the ISB would make quite the pair of antagonists for Cassian to tussle with. They have similar ideals and aspirations (at least before Syril got sacked). Anyway, these quiet moments differentiate Andor from noisy, hollow fare like Boba Fett and Kenobi. So far, this show has proven to be character-driven above all else, and I appreciate that.

The dialogue in “The Axe Forgets” is next-level, partly because of its focus on the characters. Each person has a unique voice, and while that sounds fairly basic, many series get this wrong. I watch a lot of shows where the principal cast morphs into a sort of blob in my mind, and Andor isn’t like that at all. There are segments of characters, for one thing. We have the working class people working with Cassian, as opposed to high society folks like Mon Mothma and Luthen. Both are very different from the ISB and Imperial forces in tone and topics discussed. There are several spoken lines in this episode that seem really cool, like I could imagine people actually quoting this down the line. This is so refreshing after the last couple of Star Wars shows!

To clarify, I don’t think Andor, or “The Axe Forgets” in particular, is perfect. This show didn’t start out too great, and in this story arc so far, I find the storyline directly involving Cassian to be the weakest. Part of it is because I like other characters more than him, like Syril, Luthen, and Mon Mothma. But even beyond that, I find all the planning and preparation terribly dull to watch. Maybe this is intentional, to put us in the characters’ shoes. Regardless, I find the scenes involving anything else more engaging than what should be the main point. After all, Luthen and Mon Mothma’s moves have been to set up this mission. By the way, I’m not sure what the point is of saying Vel and Cinta are a couple. It’s barely a line; I had to google it to make sure I heard what I thought I heard. Is Disney wanting a back pat for having a gay couple without putting in the work again? I’m not necessarily mad; I just question the use of a scene on this when the show is normally so efficient. Speaking of Luthen, he only gets one scene in “The Axe Forgets,” but it’s a good one. He can’t shut down at the end of the day and rest because he’s worried about Vel and the others. His relationship with his assistant is kind of sweet, her showing clear concern for his well-being and state of mind.

Overall, “The Axe Forgets” is a good episode. I still prefer “Aldhani,” but there’s a lot to like here, and I look forward to the rest of the season.

Overall, "The Axe Forgets" is a good episode. I still prefer "Aldhani," but there's a lot to like here, and I look forward to the rest of the season.