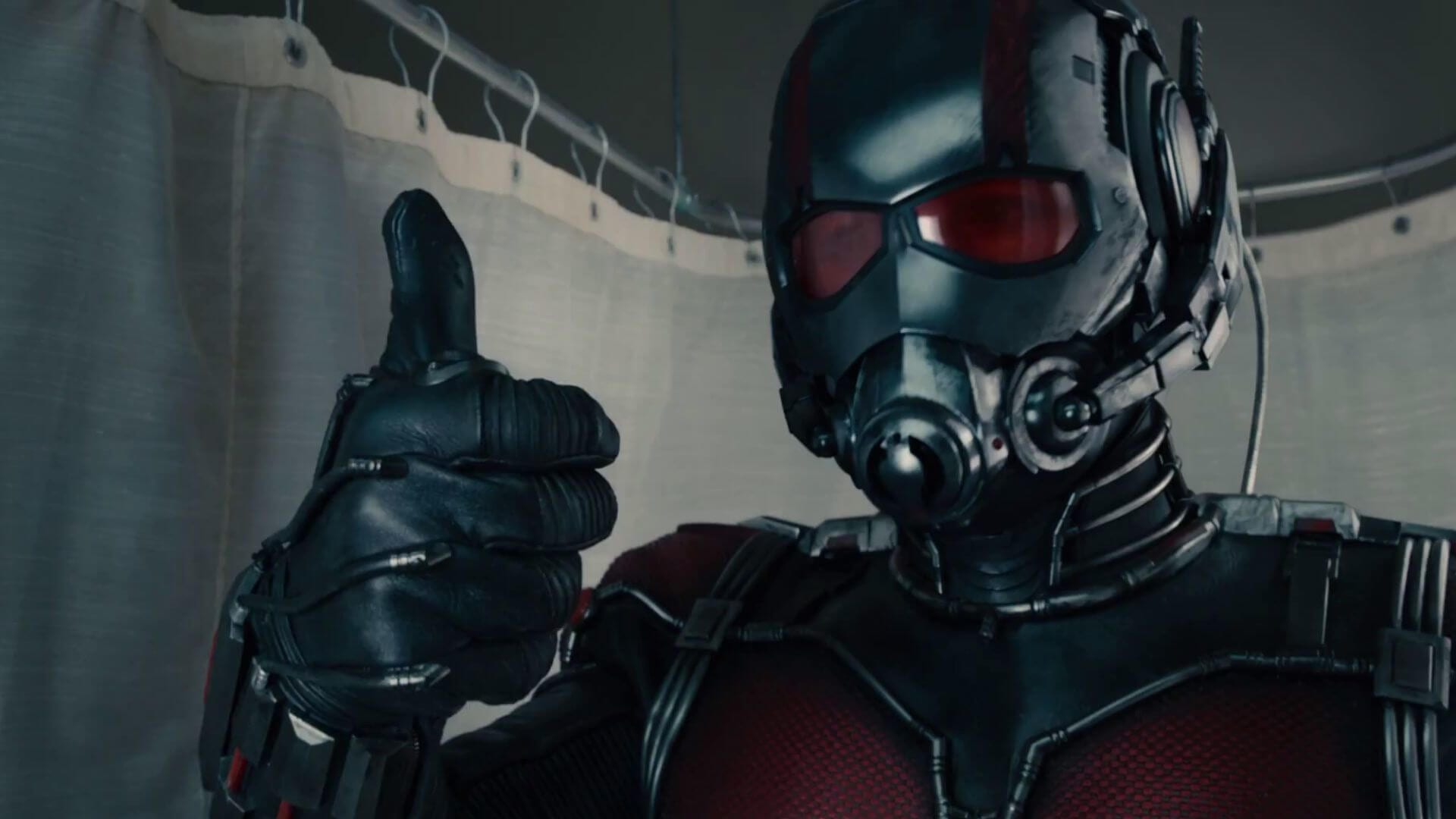 With Ant-Man, Marvel can place one more check in the win column. They’ve made another fun superhero adventure with a beating heart and a pair of heroes that it’s easy to root for. The film stumbles here and there, and it isn’t one of the better Marvel movies, but it’s still a total blast of a summer sci-fi movie.

Dr. Hank Pym (Michael Douglas) has been keeping his Pym Particles – a technology he invented in the 1980s – safe from the meddling of the outside world, but when sinister forces find a way to replicate his work, he seeks the help of downtrodden burglar Scott Lang (Paul Rudd) to steal the new tech from his twisted former protégé before an evil army is unleashed on the world.

On the surface, the heroes of Ant-Man, Scott Lang and Hank Pym are vastly different characters, but they’re connected by both their failures and their consciences. Hank is a guy who created an amazing technology, but saw the dangers inherent in it and strove to keep it from those who would use it irresponsibly (among them SHIELD, which fits with my impression of their role in the MCU). He doesn’t want his invention mass produced and turned into a weapon for the powerful to wield against each other, with innocent people caught in the crossfire. His zeal to protect the world from the threat the Pym Particles pose is noble, but it also results in his alienating himself from his daughter. Hank has experienced tragedy firsthand because of his technology and he won’t lose Hope (Evangeline Lily) as he did his wife Janet; however, in keeping Hope away from his work, he’s ruined any possible relationship he could’ve had with her, causing her to resent him. He epitomizes the hero’s sacrifice, keeping his daughter safe at the expense of her love. 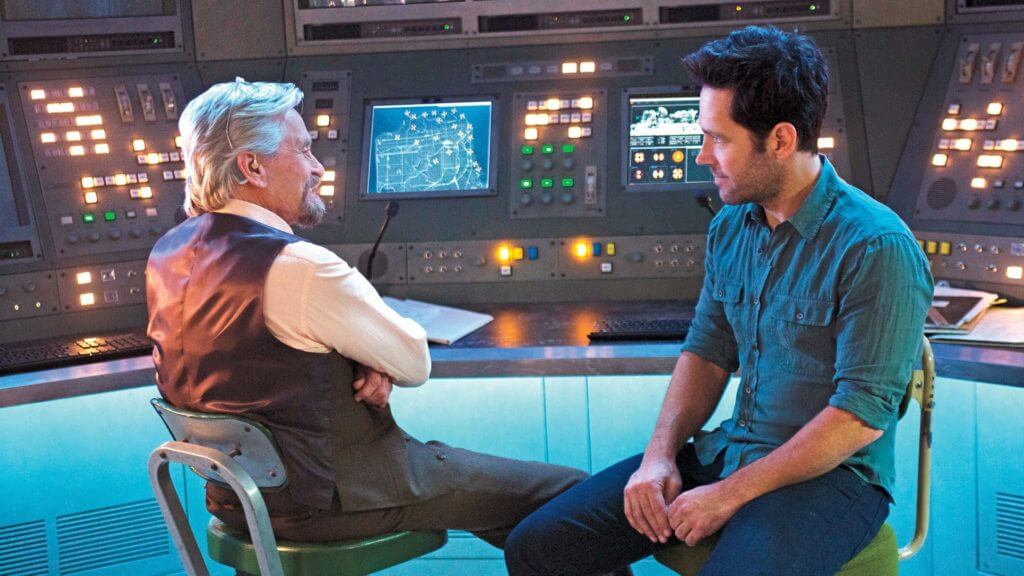 Scott is an idealist too, although he goes about it in a more destructive – and less socially acceptable – way than Hank. He’s a thief, but his big score was an act of Robin Hood wealth distribution, robbing a heartless corporation and giving the money to the people they stepped on to make their millions. Scott cares about the little people, as Hank does, but in choosing to fight for them by any means necessary he sacrificed his relationships with those closest to him, in particular his own daughter, Cassie. Scott’s little girl is growing up without him, and while she still adores him, it won’t be long before he’s in the same position as Hank, all alone with a child who grew tired of waiting for her father be a dad.

These traits are what Hank sees in Scott; sure, on a practical level he needs a thief to circumvent the tight security at Cross Industries, but there are plenty of thieves out there (although maybe not many as skilled as Scott is). When Darren Cross asks why Hank chose him as his apprentice, Hank says he saw himself in Cross; that mentor/pupil relationship went sour because Hank was looking for the wrong traits. Cross is ambitious like Hank, but he doesn’t have Hank’s moral center. Scott does, and Hank picks up on it; he’s finally looking for the right reflection of himself. This is also why Hope hates Scott at first (aside from the fact that she seems to hate everybody, but I’ll talk about that later); he reminds her of her father, even if she doesn’t realize it. That’s why she warms to him only when he tells her he has a daughter of his own and desperately wants to be allowed into her life; Hope sees in Scott her father choosing her over the Pym Particles, and that’s the guy she wants to help, not the smart-aleck thief. Her getting romantically involved with Scott in the end is a reflection of her accepting her father (which is kind of creepy and, to be honest, not set up particularly well, but thematically relevant).

And she does finally accept Hank; what it takes is for him to stop protecting her and be honest. He tells her what really happened to her mother, and why he’s kept her at arm’s length for so long – the fear he’s lived with that she would end up lost to him forever – and she embraces him almost immediately. She never wanted to hate her father; she just wanted a sign that he trusts her the way she wants to trust him. This all serves as a warning to Scott to stay in Cassie’s life, to not push her away like Hank did to Hope. Scott has to show Cassie how much he loves her right away, while she still believes in him. Luckily, Cross facilitates that by holding her hostage in the film’s climax. Scott’s greatest fight isn’t for the Pym Particles or the fate of the world; it’s for his daughter. 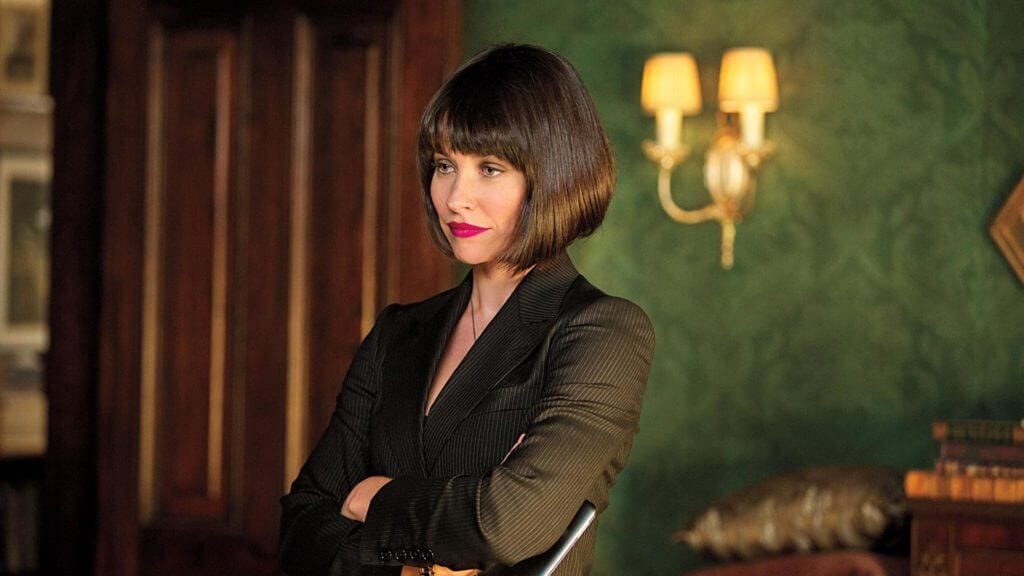 As is the MCU tradition, Ant-Man is a whole lot of fun. Scott learning how to use the Pym Particles is very cool, with a similar feel to Tony Stark’s testing out each stage of his armor in Iron Man. The ants are used creatively as well, particularly Hank having them obscure a video camera to give him and Scott some privacy (and Scott’s reaction to them offering him sugar cubes for his tea is priceless). More than that, though, they begin to feel like actual characters as opposed to just plot devices, especially the one Scott names “Ant-ony;” when tragedy strikes his six-legged friends, Scott’s hurt feels real instead of just silly, and they never come across as cannon fodder when getting blasted by Yellowjacket’s ray guns. The humanity with which Marvel infuses its characters extends even to a bunch of CGI bugs, and that’s pretty amazing.

Ant-Man isn’t perfect, though. Darren Cross is another weak MCU villain. He’s similar to Obadiah Stane in that he’s a corporate bad guy who uses a super suit similar to the hero’s in the climax, although as a character Stane is stronger (I actually think Stane is a pretty good villain; he’s no Loki or Red Skull, but his reveal as the film’s heavy is done in a very effective manner, with his jovial Jeff-Bridges-esque friendliness slowly melting away to reveal the coldblooded mastermind underneath). Cross has very little screen time, and while he’s certainly sinister – and played as well as possible by Corey Stoll – he never quite feels like a real threat. I enjoyed the madness Stoll gives to him, but that is undercut when Hope suggests it’s the result of his exposure to his version of the Pym Particles (Cross Particles?); aside from making little sense (Why would it affect him but not Hank or Scott? Are the two different particles really that different?), it’s a cheap shortcut that undermines the character work Corey Stoll had been doing to that point. The idea of Cross having his mind warped by the Pym Particles is only mentioned once and influences the plot so minimally that it could easily have been excised; in fact, Cross’ response to Hope’s suggestion could actually be interpreted as negating it, which makes it even more useless. He’s not terrible, but Darren Cross is certainly wading in the shallow end of the Marvel villains’ pool.

The first half of Ant-Man also fails Hope. From the point she is introduced to her conversation with Scott in her car, she is a shrill, bitter harpy, and she’s very off-putting. I understand that she’s angry with her father, but she takes it to such an extent that she actually jeopardizes the mission just to be able to snipe at Hank and Scott. It’s childish and immature, and while it’s arguably thematically consistent, it’s grating and makes it very difficult to like her. Once she talks things out with Hank she gets much better, but making it so hard to sympathize with a character with whom Ant-Man needs us to sympathize is a big mistake. 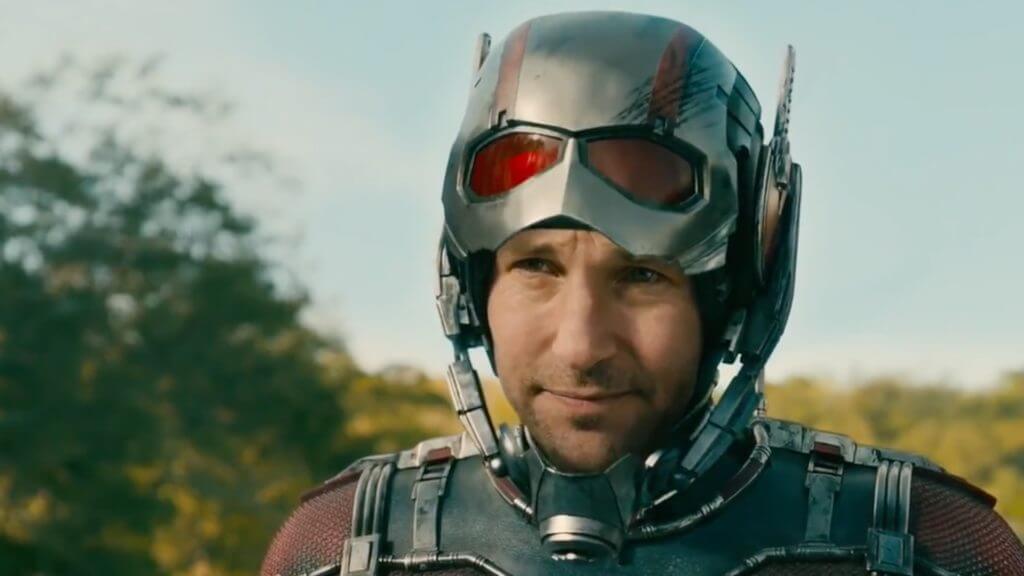 What really makes the movie, though, is the casting of its two leads. Paul Rudd is perfect as Scott Lang, balancing the pathos of his character with a lot of great humor. Michael Douglas is equally as good as Hank Pym, letting his eyes show the tortured soul of a good man who just can’t catch a break (well, aside from being rich), even if a lot of his unhappiness is his own doing. Marvel always puts its emphasis squarely on getting us to love the heroes, and that’s why people care so much about their movies. Evangeline Lily and Corey Stoll are a bit shortchanged in terms of their characters, but they perform well when called on. Scott’s crew of thieves is very funny, particularly Michael Peña as Luis. Judy Greer is just more or less present in the thankless role of Scott’s ex-wife; Bobby Cannavale plays her fiancé, and while he’s mostly a stick in the mud foil for Scott (as well as a physical manifestation of another similarity between Scott and Hank: both have had their roles supplanted by an interloper, Hank as head of his company and Scott as Cassie’s dad), it’s fun to watch him get abused once the superhero shenanigans begin in earnest. There’s also a much-ballyhooed appearance by… well, someone with whom True Believers will be very familiar, and that person is terrific (actually, there are a few, but one in particular is a centerpiece).

On top of everything, Ant-Man has many tantalizing hints of things to come in the MCU’s future. Hydra appears to still be alive and well (they really aren’t kidding with that “cut off one head, two more will grow” stuff), and they’re now in possession of the Particles; I can’t imagine that’ll be forgotten, and I look forward to seeing who’s in charge now (I sincerely doubt a chump like Carson is pulling the strings). Scott seems to have been let into a certain super team, which recent casting news already suggested. Hank is still around, and I really hope we see him again. One of the two post-credits teases suggests we’ll see more of someone else as well. Most intriguing of all, though, is the possibility that Hank’s long-lost wife could return from that dimensional vortex what’s-it-now, as Scott did. This needs to happen; the MCU deserves the great Janet van Dyne.

Ant-Man isn’t my favorite Marvel movie – in fact, it’s probably one of the lower ones on my personal list, though I’ll have to see it a few more times to be sure – but it’s still excellent, a fun, exciting and very human superhero story. I would argue that we don’t really need another Ant-Man solo movie, but I certainly hope we see a lot more of Scott Lang, Hank Pym and Hope van Dyne (and that we finally meet her mother!) as the Marvel Universe continues to unfurl on screen.