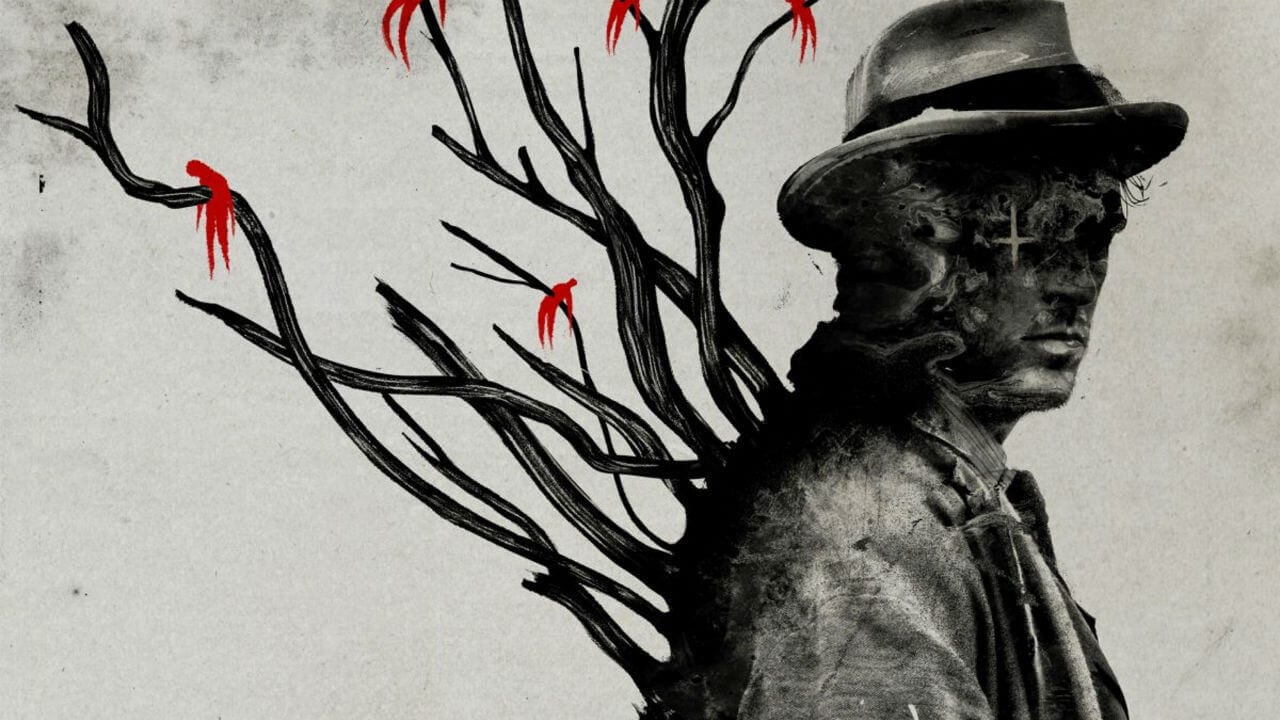 Apostle stars Dan Stevens and Michael Sheen and follows a man who sails to an unknown island in search of his captive sister, infiltrating the crazed cult that’s holding her. I had been eagerly awaiting this film ever since it’s announcement, as I think Gareth Evans is one of the most talented action filmmakers working today. When I found out that Dan Stevens would be leading the cast, my excitement intensified, as I become a bigger Dan Stevens fan with every film of his I see. I will say that I wasn’t sure how this was going to work out because it’s not an action film like I’m used to seeing Evans direct; it’s truly a horror film at its core. I’m happy to report that Apostle is a stellar horror movie, one of the best in Netflix’s rapidly expanding catalogue, and a perfect window into a wider versatility for Gareth Evans beyond his bone-crunching action films.

Dan Stevens owns every frame of Apostle. He does a lot of expression through his face and eyes. Stevens really drives home that Thomas has seen a lot of horrific things, which we’re let in on later in the film. He sells the gruff and gritty nature of Thomas even through his boyish good looks. The scenes where he gets to showcase more than just his anger are also powerful. Two, in particular, involving his sister, really got me choked up. Michael Sheen is also fantastic here. I’ve always been a fan of Sheen’s; he’s a really strong actor who sometimes gets caught in small roles or bad films. He’s a major player in Apostle, and he exudes the kind of charisma you’d think a cult leader would need. He’s got a certain degree of charm to him, although you can tell that he’s not incapable of unspeakable deeds. Mark Lewis Jones is incredibly intimidating as Quinn, who brings a sense of dread to every scene he’s in. Jones speaks every line with absolute conviction, and he goes to some very dark places with his character. 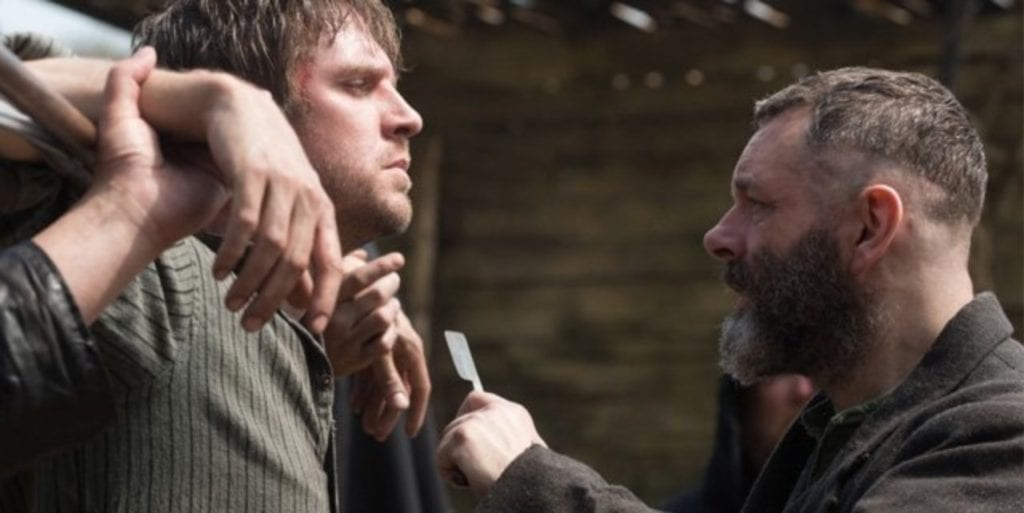 The script is rock solid for the first two acts. Following Thomas as he skulks around the cult village, keeping out of sight and searching for his sister, is genuinely tense and suspenseful. The village feels so dangerous, and it’s shrouded in shadows. It’s never boring, and Apostle does not drag at all in those first two acts. However, when we reach the third act, the film gets a bit messier, and the runtime starts to show a little. The pacing doesn’t drop down to a crawl; it’s just a bit slower and feels somewhat dragged out. The messiness of that final act really comes down to the way they take the finale. One of the final twists in particular just didn’t land with me. I can see other people taking issue with a slight deviation in the villain, but I contend that they built to that, and that’s the most organic part of the finale. The dialogue throughout is meaty and so strongly delivered, even in that final act, that the film is perfectly watchable despite those flaws.

The cinematography by Matt Flannery is stunning. The locale shots are beautiful, and the handheld photography not only puts the audience there, grounding the viewing experience and immersing us in the horrifying events, but also really ramps up the tension – particularly in some of the more violent sequences and few bursts of trademark Gareth Evans action (two sequences, really). One of my favorite shots in the film is of what appear to be crosses over a hilltop from Thomas’ perspective. The way Flannery captures that shot, paired with Steven’s acting, gives you a clue about Thomas as a character. Another is a rotating shot as we enter a flashback involving Thomas. It puts you off balance for the rest of the scene in the best possible way; it’s also a gorgeous shot when paired with the lighting of the scene. 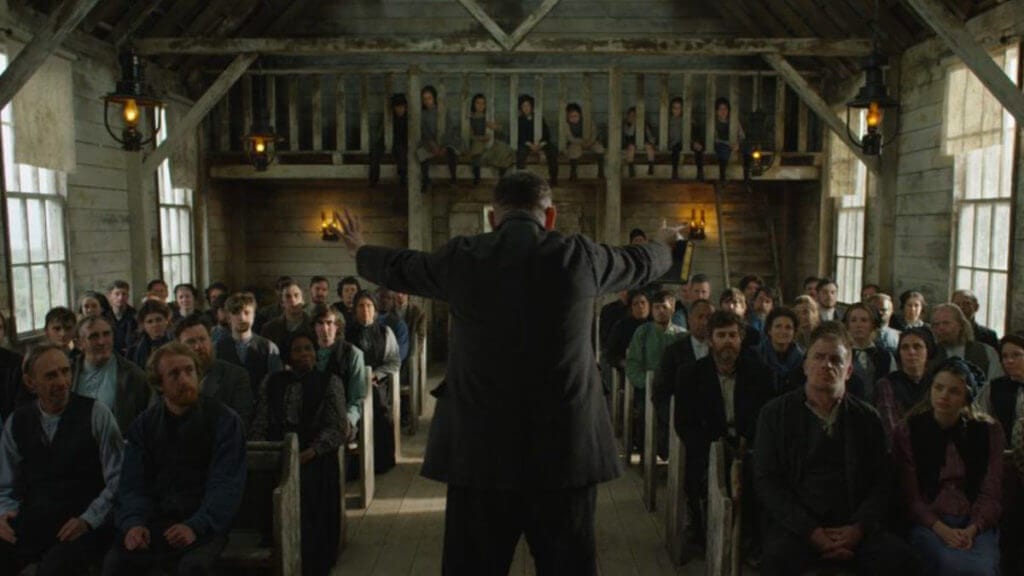 For the most part, Apostle is well edited. As I said before, the third act is a bit messy and might run too long. There is a moment where I figured it would be ending soon, but it carried on for a while past that. Otherwise, Apostle runs at a solid clip. It isn’t so much a balls-to-the-wall action film, or even a scare-a-minute horror film; Evans makes Apostle a slow burn, atmospheric horror film, and it is edited as so. Within those first two acts, and even in some of the more intense moments of the final act, Evans knows just how long to hold a shot of either violence or disturbing imagery to really twist the screws of tension.

The musical score by Aria Prayogi, in his fifth collaboration with Evans, is fantastic. It’s not overblown, but it underscores every scene and perfectly complements the visuals. Prayogi truly understands mounting tension and building to crescendos of terror. Aside from that, he also finds a way to put the doom and gloom aside and draw out genuine moments of beauty and emotion. The sound design and effects are also spectacular. Every creaking floorboard, footstep, and bone-crunching act of violence feels so startling and scary because of how real and close it sounds to you. The sound mix is also great, as no component overrides the others. 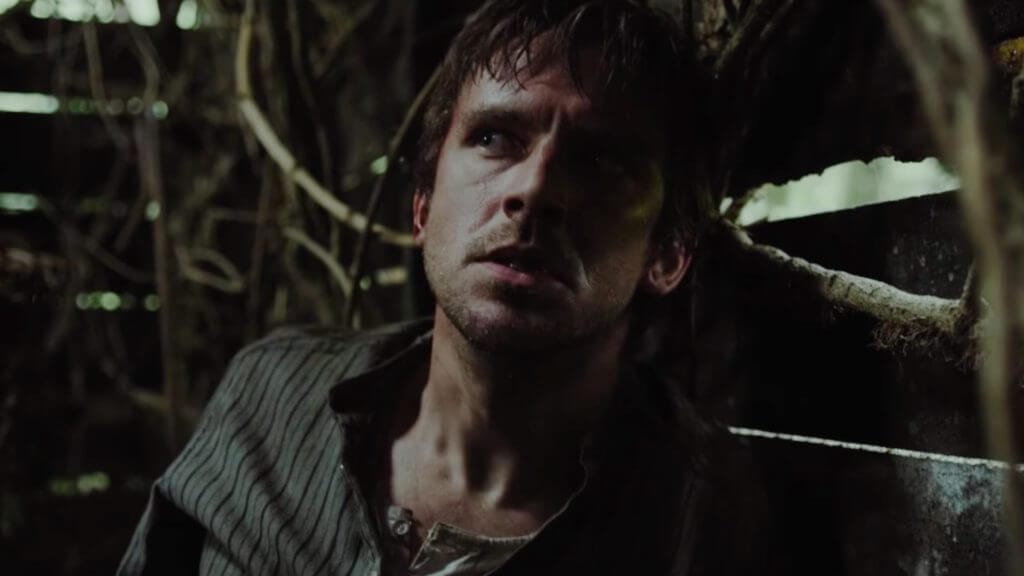 Let’s talk about that atmosphere for a moment. Is Apostle scary? Not in a “BOO!” scare kind of way. Apostle is driven by tension and its constantly dangerous feeling atmosphere. It almost feels as if violence could break at any second. The scenes of Thomas wandering the village after dark are constantly ratcheting tension, but there’s a tunnel sequence that had me white-knuckle from beginning to end. The scenes of violence in the film are brutal and quite disturbing, but I wouldn’t say they’re gratuitous. The explosions of violence feel like the perfect cap off for the tension that is mounted prior, but even with this “release,” Evans continues to raise tension so the audience doesn’t feel safe. It’s never exhausting, but just right. If you’re okay with slower paced horror films, I think Apostle will work great for you.

Apostle is a thrilling, violent, and intensely disturbing look into the world of cults. It’s not perfect, as it’s third act is messy and it feels a bit long, but if you’re into this type of horror film, get on Netflix and check it out.

What did you think of Apostle? Let me know in the comments below! Stay nerdy everyone!

Apostle is a thrilling, violent, and intensely disturbing film, led by a powerhouse performance from Dan Stevens.