In this week’s plot-thickening episode of Arrow, “Star City Slayer,” we receive a heaping helping of revelations with regards to where the back half of this season will go. There are a number of anticipated farewells, as it’s been largely discussed online that a few CW cast members from Arrow and The Flash are going to be taking their leave mid-season or at its conclusion. One such character is Curtis, who – no longer able to cope with A.R.G.U.S’s methods – takes a science job in Washington DC by the episode’s conclusion. Additionally, Oliver’s son William goes to live with his grandparents. The story being told with Oliver’s family (himself, Felicity, and William) is an interesting one, as he struggles with wanting his son around while desiring to give him a safe and normal life. Ultimately, he concludes that that is a task that, so long as he and Felicity are fighting against Star City’s criminal underground, he is ill-suited for, and the three share a bittersweet goodbye before William’s grandparents take him with them. Also in “Star City Slayer” is the return of a character whom we haven’t seen since Ollie got out of Slabside Prison: Stanley. Someone has been committing targeted homicide across Central City and Star City, all with the same modus operandi, by injecting their victim with a paralytic agent that leaves them prone to a throat slash. And lastly, we finally learn something new in the flash-forward story, with Blackstar turning out to be Mia Smoak – Felicity’s (and, presumably, Oliver’s, based on a phone call his wife receives from the hospital) daughter. Scratch one, gain one?

This season has been lacking in action, with the series’ standard sequences being relatively few and far between, so I was thankful that “Star City Slayer” brings with it a bit of action in the form of a decently-lengthy fight scene in the flash-forward between Roy (great to see him back in action!), Zoe, and Dinah against Mia and her partner, whom Dinah reveals to be John Diggle’s son. While the flash forward delivers some much-needed action, it also carries some baggage in the form of way too much Family Matters. Correct me if I’m wrong (SPOILER ALERT: I’m not), but didn’t we just have one long-lost, secret Queen revealed with little to no development? Why in blazes do we need another familial reveal so soon? Hopefully, the showrunners aren’t panicking and biting off more than they can chew. Future William’s character is a stark contrast to the relatively meek young man that we’ve been seeing in the flash-forwards up to this point and actually comes off as surprisingly arrogant. Is this just a different character choice by the actor, or is there something else going on that he’s not telling anyone? It would hardly be the first time William hid something from those around him, as earlier in “Star City Slayer” he continually fights with his parents (though mostly Oliver) and refuses to truly explain why he was expelled and what had gotten into him. For the record, he says he got into a fight, but honestly, would one fight result in expulsion? Rough campus. Regardless, I had a miserable time watching young William in this episode, as he is markedly more defiant and disrespectful to his parents than even last week (and that’s saying something); to be quite frank, I’m not going to miss him, but Oliver and Felicity’s goodbye to him is a great scene.

On to the matter of Stanley returning as the titular “Star City Slayer” (a name to which he takes a distinct disliking). When last we had seen the pint-sized prison-mate, he had escaped Slabside and managed to get the drop on Brickwell. Stanley doesn’t get away nearly as scot-free this week as, following a sequence of several members of Team Arrow (sans Ollie, who was at home with his wife and William) having tracked down the house out of which the serial killer (CW really likes those this season) was operating. Splitting up and searching the in-shambles abode, the team finds all manner of disturbing scenes, including John finding a blood-smeared bathroom. Most unnerving of all, however, is Dinah’s discovery in the basement; she comes across your standard-fare serial psychopath wall of weird with photos of the entire team pinned all over. Even more frightening is an album in which she finds photos and newspaper clippings of Oliver as the Green Arrow dating back to his first sightings in what was then Starling City. Fearing for Oliver’s and his family’s lives, Dinah turns to leave but is surprised by Stanley, who slashes her throat. Now, I am aware that Dinah is alive and well in the future timeline, and even happens to have a scar on her throat, but I wasn’t thinking about that when a character whom I was starting to like a lot looked like she was going to sing her last song. Thankfully, Curtis is able to cauterize the wound and get Dinah to the hospital in time to save her life. Stanley, in the meantime, makes his way to Oliver’s home. Here’s where things get a bit… hazy: how does a nobody twerp like Stanley manage to outsmart Felicity’s home security? I’ll wait. The hostage situation is a seriously unnerving one at times; at others, I had a bit of a difficult time taking the stocky little man seriously as a threat (at least he wasn’t trying to be Diet Dark Knight? I’ll take my victories wherever I can get them at this point). The patient and calculated teamwork of William and Felicity getting a glass bottle into Oliver’s hand just as the paralytic effects of Stanley’s noxious gas wear off (gotta love TV) is a cool sight, and it brings a feeling of unity back to the three that had been lacking since William first came home from “school.” 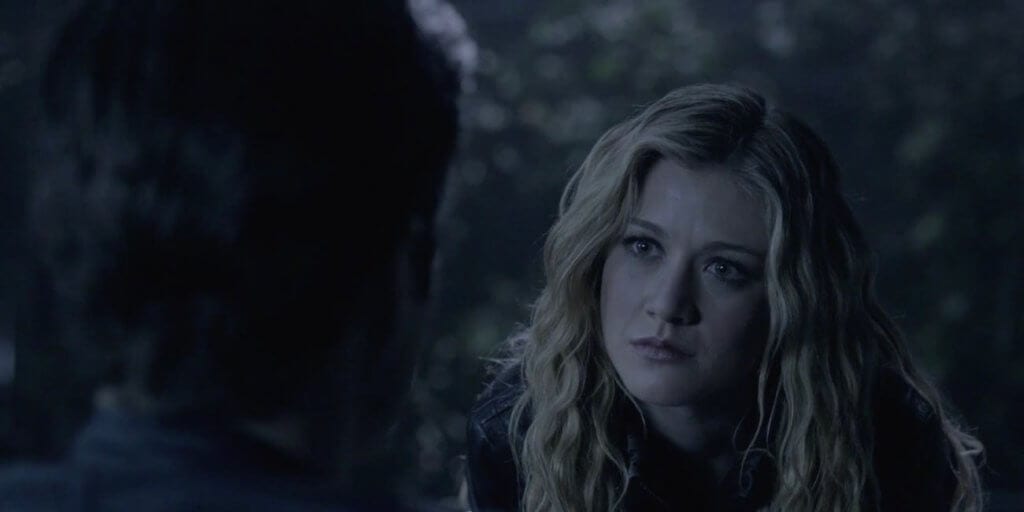 The CW has me scratching my head at this point. The anti-vigilante vigilante arc is done with him being locked up, and Stanley is headed straight back to Slabside, although I suppose they could get lazy and have him break out on the way there. But I want to have more faith than that. Ricardo Diaz may still be a wild card, even with him being bound by A.R.G.U.S at present. That leaves us with something that will connect the present storyline with that of the future (we’re kind of long overdue for that), and until we have more information to go on, what that could be is anyone’s guess. I have to say that most performances in “Star City Slayer” fall pretty flat, with the exception of a real father-son argument in which Stephen Amell once again proves why he’s great in the role, and again at the end when he and Felicity send William off with his grandparents. Beyond those scenes, everything feels very superficial and “read.” There’s a great cast here, so I’m not sure what the issue is with “Star City Slayer.” Maybe they were even more uninterested than I was at times? On the plus side, the reveal of Mia, who, in the comics, is the second character to take up the role of Green Arrow’s sidekick Speedy (the first being Roy Harper), is a cool nod to the source material. But as I mentioned earlier, it feels odd to have so many children/relatives revealed within the span of only the last few weeks.

While left feeling a bit disjointed at the end, "Star City Slayer" had several great moments throughout. The heartstring pull when Dinah had her throat slashed was a harrowing moment even with the knowledge that she's alive in the future, and Stephen Amell's ability to explore Ollie's emotions is always a ride. 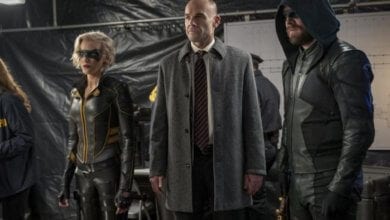 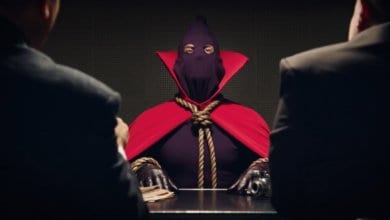 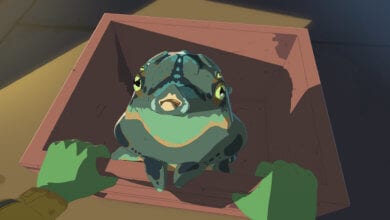 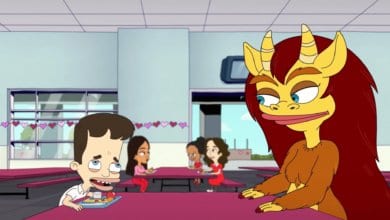