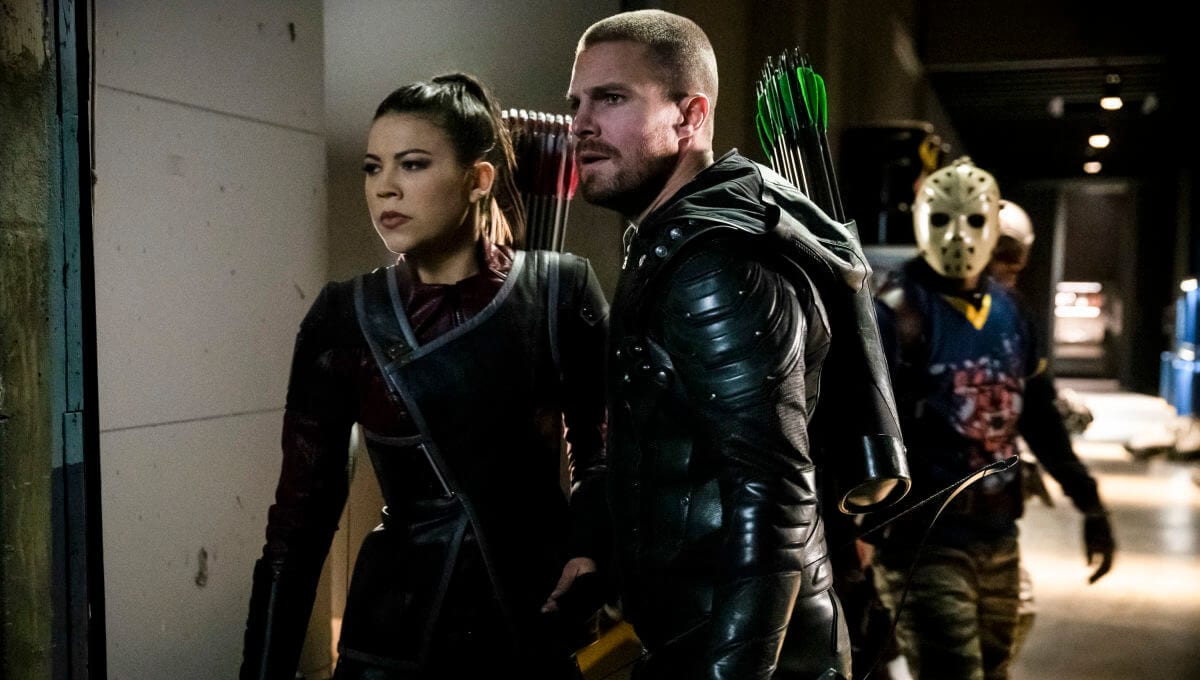 You can’t pick your family. That’s how the old adage goes anyways. After this week’s episode of Arrow, “Inheritance,” Oliver may be wishing that phrase didn’t always ring true, as it’s revealed that not only is his half-sister Emiko working with Dante, but even wilder and nefarious is that he technically works under her. If this isn’t making a metric ton of sense, allow me to backtrack. At a young age, Emiko came under the tutelage of Dante, and he helped her hone her mind and body. It turns out that Dante is a member of a secret society known (or not so known, depending on how you view the “secret” part of that title) as the Ninth Circle. This organization, which apparently has deep roots around the world, has allegedly had a hand in shaping nations over the centuries. Emiko has been selected as their next leader, and through a number of seemingly unconnected actions and misdirections, she is shown to be far more calculating than we have been led to believe. With that out of the way, the general premise of “Inheritance,” aside from Emiko’s deception, is Team Arrow to tracking down Dante and capturing him. A straightforward goal, and we’ve been here before; you may recall Diggle’s own familial trials a few seasons ago with his brother, and Ollie’s right-hand man from season one is quick to remind him of that struggle, despite his friend’s desire to redeem his sister. Also within this episode, Felicity hires her old fellow computer whiz Alena at Smoak Technologies to help perfect the ARCHER program (A.I. is a bad idea kids; just watch The Matrix), and Emiko makes Laurel’s job more difficult by releasing a photo of her working with Ricardo Diaz to the press.

“Inheritance” showcases a clearly matured Oliver, in that he is faced with a betrayal by his own blood, and yet is steadfast and determined to redeem Emiko while still recognizing her as being a blind stop for him when Diggle mentions his blindness with regards to his brother Andy. This level-headed and clear frame of mind, whilst still maintaining a heroic goal, is definitely a testament to Oliver’s growth as a character throughout the series. Time will tell how that pans out in the end, but seeing as we don’t have more than a handful of episodes remaining in this season, we won’t be waiting for too much longer to find out. Emiko comes off as very insincere through all of this, however, and it’s no wonder that, despite wanting to give his sister the benefit of the doubt, Oliver does his due diligence and tracks her movements, which pays off when he catches her more or less red-handed. Emiko’s interactions with Dante are varied. In flashbacks, which serve to set up just how Emiko came to be in the care and study of Dante, there’s something of a father-daughter vibe, but later on, there’s an entirely different tone when it is revealed that she is, in fact, leading the Ninth Circle. While viewing “Inheritance,” this feels very off and inconsistent until that reveal sets things straight, but it’s unclear how the showrunners will handle this curtain-pull moving forward.

It’s no surprise now that Felicity’s character will be leaving the show after this season. With only a shortened final season to follow this one, and with that context in mind, everything she does should be under the viewer’s microscope. We know that she’s been working on this ARCHER program that will supposedly make Star City safer (though the flash-forward arc has given us a different story), and we also know that she and Ollie are supposed to have a daughter sometime in the very near future. So what gives? The events that we have been told are imminent, and the events that are allegedly leading up to them, don’t seem to be in the same book, let alone on the same page. This is concerning and is, at least for me, giving the impression that a lot of things either didn’t matter or won’t matter. Nevertheless, I’m still interested to see what repercussions her developing an A.I. (again, really bad idea) surveillance program will have by the season finale. One thing we do now know is that Emiko plans to use it for the benefit of the Ninth Circle, which will naturally result in an abysmal problem for our heroes. The CW seems to have an obsession as of late with misdirection with regards to its villains, and this has yet to prove itself a positive, as it has felt more confusing and indecisive than clever or interesting. 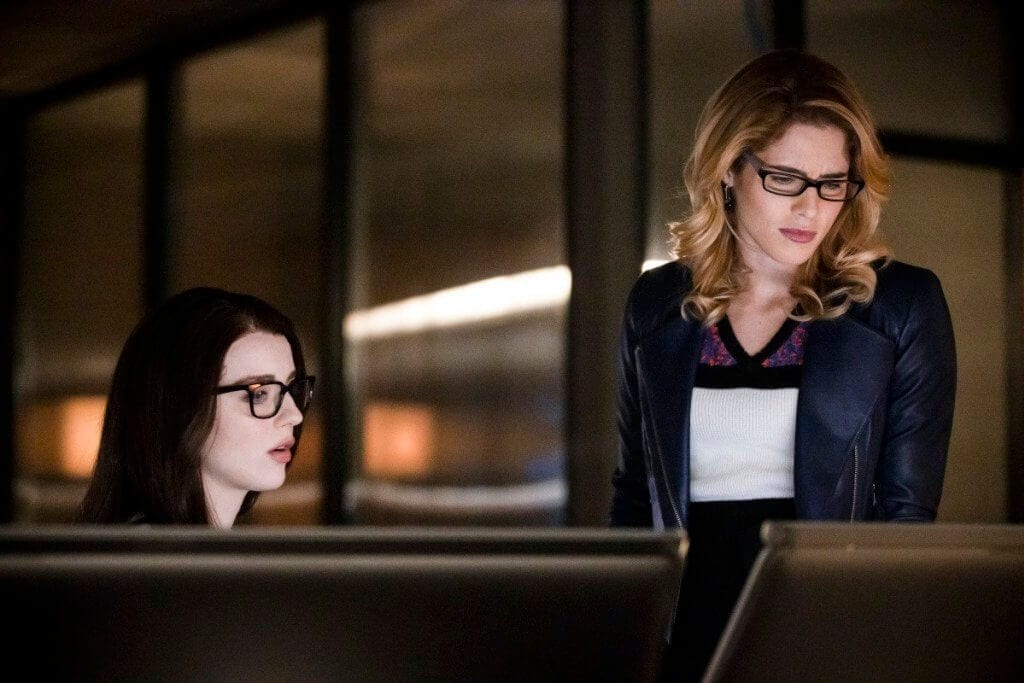 The direction for the rest of this penultimate season is certainly in question, what with all of the hairpin turns we’ve been seeing, but something that I hope continues to ramp up is the action. “Inheritance” continues the trend of quality action sequences. That said, many characters that historically take part in said sequences and play important roles in them, don’t seem to be doing so nearly as much. This could simply be a matter of focusing on the family of Oliver and Emiko, but the show has a cast of strong performers that I’d like to see used more fully when it comes time to bust some heads. I can’t really complain, however, as the sparring sessions between the newfound half-siblings are a treat reminiscent of some of Oliver and Diggle’s training days in the earlier seasons. I think one of the most interesting turns is Emiko’s outing of Earth-Two Laurel to the press, at least insofar as her having worked with Diaz early on. The former Black Siren has put in no small measure of work to gain the trust of the team, as well as become quite good at her job as district attorney. What sort of consequences this will have for Laurel will be something I look forward to seeing pan out as Arrow’s seventh season winds down.

I'm starting to get thrown by all of the villain swapping we've been getting and to a degree, it feels less like misdirection and more akin to lack thereof. That said, I was still entertained by "Inheritance" and the action hasn't been lacking either.