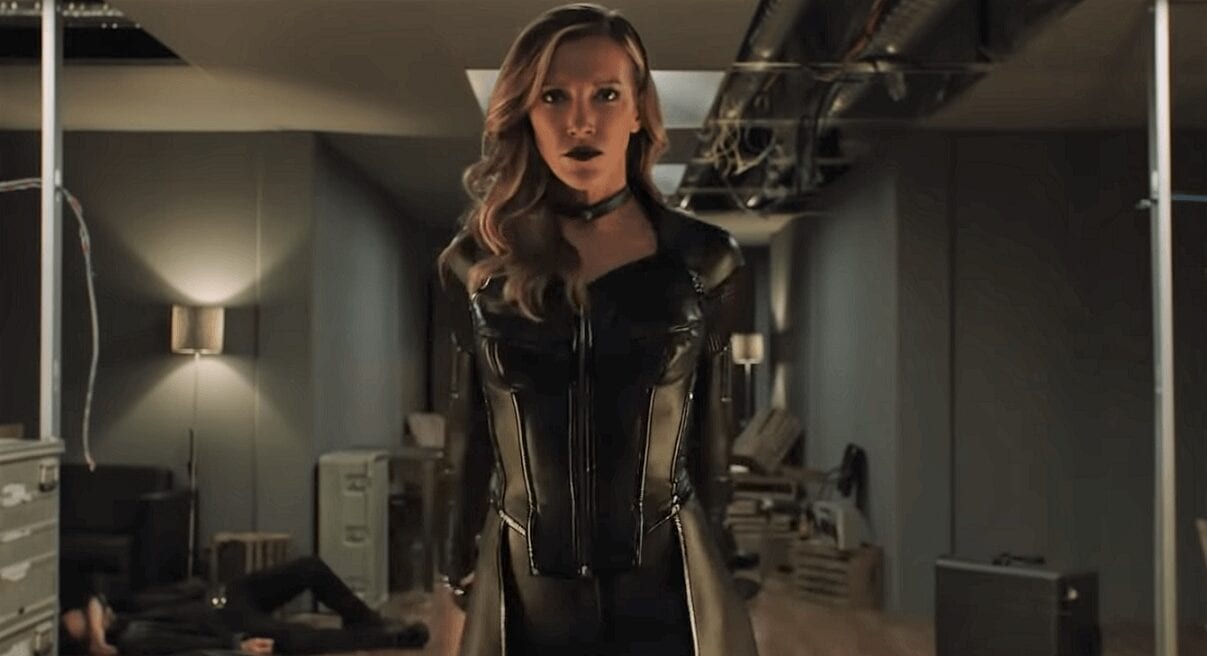 After a short hiatus, Arrow has returned this week, as has my vested interest in the show. It turns out that a couple of weeks off was just what CW’s Arrowverse needed to reinvigorate the attention of at least this comic book and action film fan. The episode, “Lost Canary,” despite being a part of the Arrow series, is rather devoid of its titular character, Oliver Queen, aka the Green Arrow. In our hooded hero’s stead, the focus turns to Earth-2 Laurel, aka Black Siren, a character over whose development this season I have been maintaining a watchful eye. After Emiko Queen leaked incriminating photos to the Star City news media at the tail end of the last episode prior to the show’s break, Laurel has resorted to old habits and teams up with an equally old accomplice who goes by the name of Shadow Thief. The importance of this character is minute when compared to the character of Laurel herself and the arc which she goes through within the airtime of the aptly, if not deceivingly, named “Lost Canary.” From the outset, Felicity is determined not to see her new friend return to a life of murder and thievery, but Dinah seems pretty dead-set on bringing her in and locking her up. This is a topic of contention for the two teammates early on, and, unsure of the best approach for convincing Laurel to not walk down the path of the dark side, Felicity contacts White Canary and requests her aid in both ensuring they don’t get wiped all over the floor when they face-off with Siren and Shadow Thief, as well as a way to potentially get through to her.

Flash-forward to the future (yeah, we aren’t done with these yet) and Dinah’s team of Canaries has been getting killed off one by one at an alarming rate thanks to new tech that was teased at the end of the previous episode. In truth, this tech is just a glorified SWAT helmet that happens to have an Iron Man-esque heads up display for the wearer. Mia and Zoe have a run-in with this Canary-murdering masked man, and both barely escape with their lives to make it back to their base of operations. When Dinah and Felicity both tell Mia that it would be reckless to go back out there after this guy, well… she is Oliver’s daughter after all, so naturally, she heeds the advice of those around her instead of acting bull-headed. Of course, the exact opposite of this is true, and she does exactly that: goes after this Canary hunter solo.

The twist at the end of “Lost Canary” isn’t exactly shouted from the rooftops, so I’ll give the writers some credit for keeping me entertained from start to finish, but I’d be lying if I said I wasn’t just a tad disappointed to learn that we aren’t quite done with these future scenes. At one point, Dinah mentions a past failure to Mia, which suggests the loss of a certain character she never had the chance to make amends with (at least tonally, as a repeat viewing of this scene may show more nuance to it than that, but this is the CW, so I’m not likely to give them that much credit), but the final twist proves the opposite to be true. This is something for which I was actually excited, if not just a tad confused about. 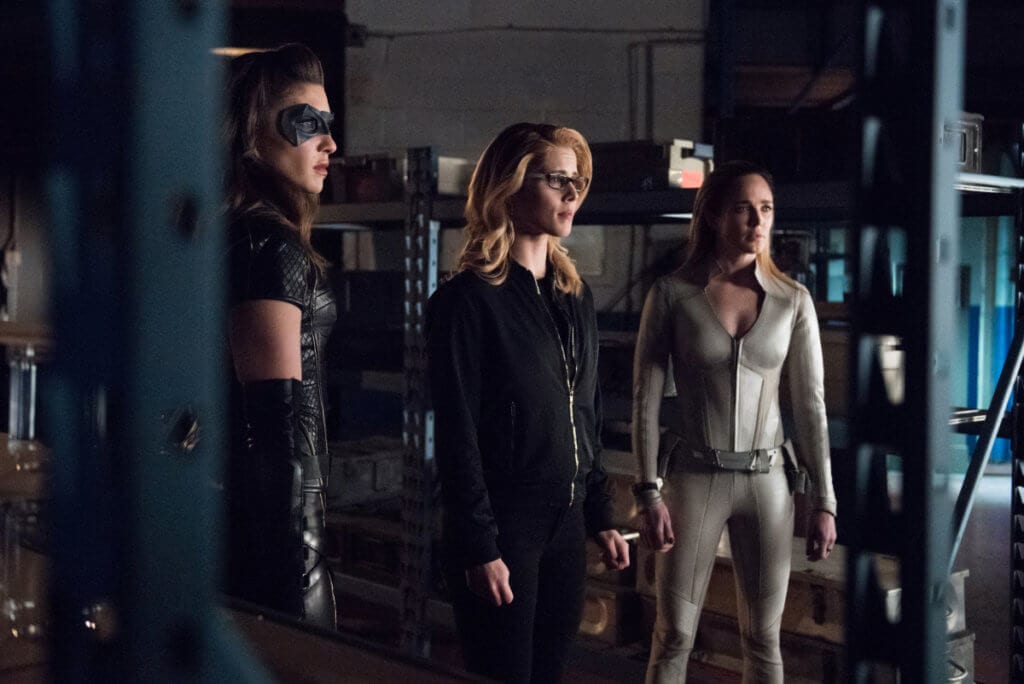 This has been a season of growth for the Black Siren of Earth-2, and I’ve enjoyed the lion’s share of her interactions with the rest of the cast, but was wondering when everything would come to a head, and her past sins would catch up with her. Well, “Lost Canary” is that episode, and while I felt her partner-in-crime to be a bit on the shallow side, the episode is a solid resolution to her arc overall. Seeing her leave Earth-1 at the end was actually a bit sad for me. I’ve grown to really appreciate the dark and dry sarcastic wit that she lent to each episode and watching her struggle with doing things the right way after so many years of her answer to a given problem being to kill it brought another layer to the show. This is definitely a “girl power” episode, as the focus is centered around Laurel, Felicity, Dinah, and Sara, but not in a season four, throwaway episode manner (thank goodness). What really stands out is the distinct lack of drama and prevalence of action. “Lost Canary” brings a lot of action to the table, and what at least appears to be Laurel’s swan song (or, rather, Canary Cry) from the team showcases her best work with the fight choreography to date. If you’ve been paying attention this season, you know I like my quality action scenes, and “Lost Canary” most certainly delivered.

There isn’t any development on the Emiko or Dante fronts this week, which is a bit concerning, as we’re only a few episodes away from the season’s wrap-up, but it appears that next week Team Arrow gets back on the trail in a big way. There are a lot of cool little details in “Lost Canary,” like Felicity retooling a Canary Cry choker for Dinah to be able to use, Sara and Laurel talking in front of Quentin’s grave, and Felicity gifting Laurel with their earth’s original Black Canary suit (I’m not gonna lie to you though; I think she rocks that Black Siren suit way better), as well as Felicity’s “we’re the Birds of Justice” line, which teases Birds of Prey.

A temporarily shifted focus brought renewed interest to the show for me, with the limelight cast upon Black Siren and her final transformation that solidifies her as one of the good guys. Great action sequences and some fun scenes between Laurel and Sara definitely set "Lost Canary" as one of my favorites for this season.