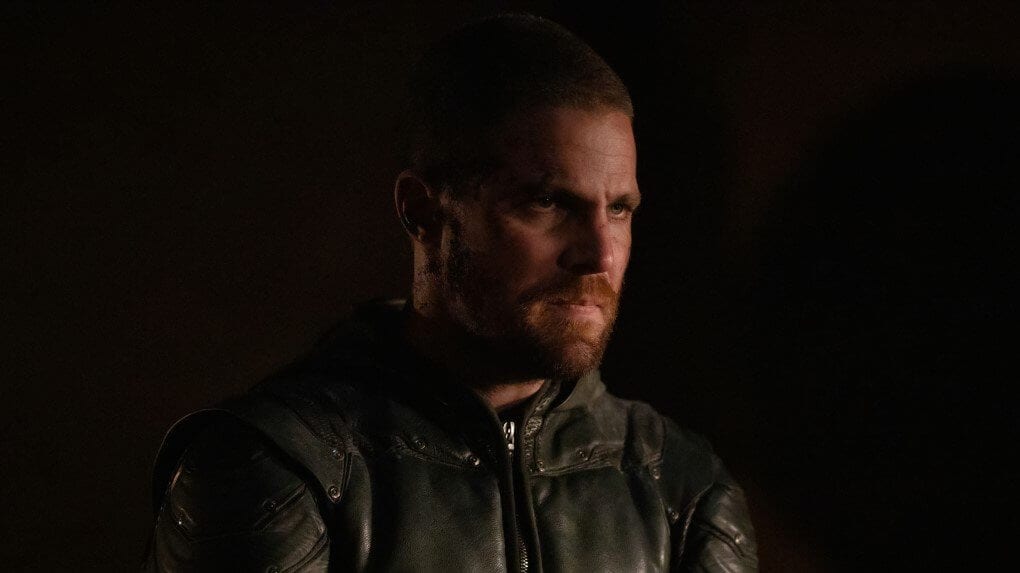 Last week’s cover for Roy (who is still back and I’m so happy!) put Team Arrow between a rock and a hard place – some figuratively, and in Oliver’s case a bit more literally. At the end of the last episode, Emiko brought the house down on the team; now, we learn that she also leaked the footage of Roy’s berserker mode homicide of the two security guards, for which Team Arrow had unanimously covered. This poses an immediate problem for the sanctioned vigilantes in “Living Proof,” as Felicity and Alena quickly find out when they arrive at Ms. Smoak’s office to find the S.C.P.D. ransacking the place. The sergeant tells Overwatch that she’s under arrest for not only lying while under interrogation but also because her program, ARCHER, was used to detonate a bomb. Felicity tries desperately to reason with the officer, telling him that ARCHER was stolen by Emiko’s Ninth Circle and that she needs access to her tech to find and stop it from doing any more damage. However, he’s having none of it. She does the only thing she can think of: activate her security alarm in the form of an ear-shattering noise which gives the two young women the chance to grab what they need from the office and make a run for it to the Team Arrow Bunker.

Meanwhile, Oliver and co. are dealing with problems of their own, namely surviving Emiko dropping an entire building on them, and that’s where things get interesting. Oliver comes to, to the sound of a voice he recognizes but very much does not expect to hear – Tommy Merlin. Ollie is no fool and instantly notes that he likely received a concussion from the explosion that left him prone and sandwiched between two large slabs of a collapsed concrete wall. Though well aware that he’s hallucinating Tommy’s presence, Oliver frees himself from being the filling to a concrete Oreo cookie with a little help. Much of the rest of “Living Proof” deals with him being lectured by Tommy over his anger with Emiko and desire to permanently remove her as a problem a la an arrow to the heart. Tommy notes that Oliver has been in this position numerous times before and it has never ended well, and resulted in the path he treads only becoming more dimly lit. This subconscious battle within Oliver does bring to bear issues that have plagued him from the get-go, including him taking the most extreme road in response to his family being threatened. Speaking of threats, Emiko breaks into the Arrow Bunker (which is more secure, Team Arrow’s bunker or S.T.A.R. Labs? Call ADT or something at least…) and threatens to kill Felicity and Alena, but the former pleads with her to not kill the unborn baby (future Mia) growing inside her. Whether out of some sense of nobility or having bigger plans, Emiko spares the young women (and by adjacency the growing child as well) and leaves, taking only some of Oliver’s supplies.

The third subplot in “Living Proof” is arguably the most interesting and was my favorite, involving the rest of Team Arrow (Dinah, Roy, John, and Rene) trying to get out of the collapsed and rapidly degrading building while trying to find Oliver. When they’re at last able to get Overwatch back on coms, she informs them that the situation is far worse than they initially thought because there are highly flammable chemicals being stored in the building, and the backup generators coming back on under these circumstances could result in Team Arrow becoming Team Dust in the Wind. There’s an emotional buildup between these four teammates as Roy resolves to turn himself in for ruining everything they’ve tried to build with Star City and the S.C.P.D. partnership. Dinah agrees that it’s the right move, but both John and Rene won’t have it. Roy almost takes the decision out of their hands when they reach the room to shut down the backup power, and the access panel is under a think layer of highly toxic vapor. Using his parkour skills as he always does, Roy elects to jump into the thick of it to save his team, seemingly sacrificing himself in the process (though let’s be honest here, that wasn’t going to happen). However, he pulls himself back up to the safety of the mezzanine with the help of Diggle and Rene. This sequence results in one of the more powerful bits of dialogue from Dinah this season when Roy says he was ready to sacrifice his life that didn’t matter and he was shocked that Dinah would care. Holding back tears, an emotional Black Canary tells Roy that, regardless of mistakes that were out of his control or not, this world is a better place because of a hero like him. This scene held a lot of weight to it, for Roy’s character specifically, because it seems like he’s always gotten a bad rap and had an unfair hand from jump street, always being the one to take the fall. 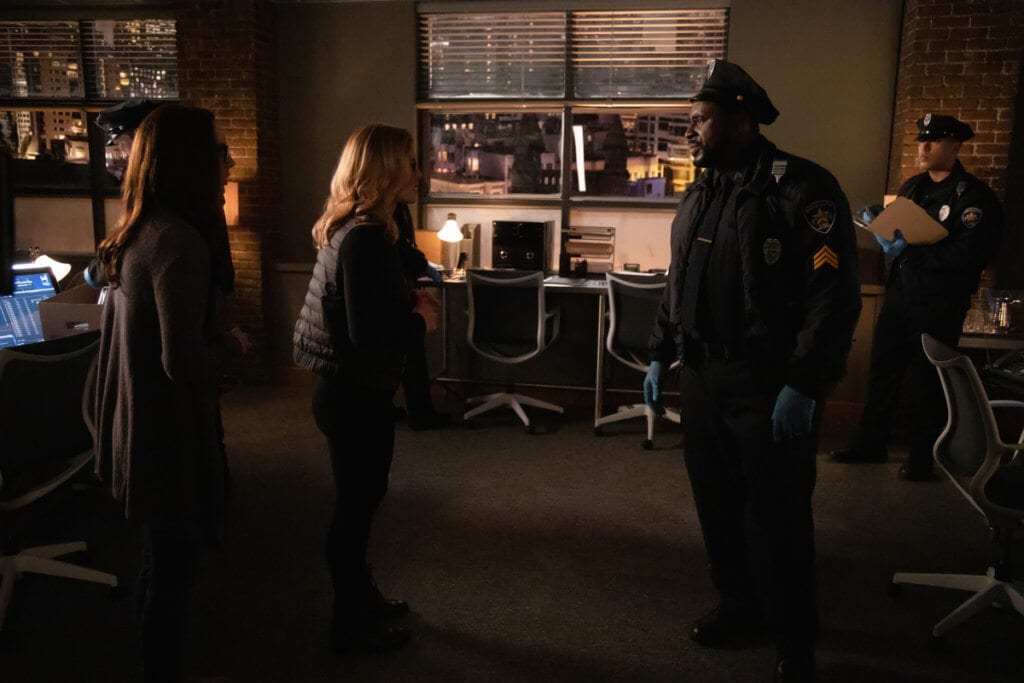 This week’s “Living Proof” also marks the return of the future timeline after a brief hiatus, and much to my surprise, something worthy of note actually happened! William goes against his mother’s wishes and attempts to copy the root code of the ARCHER program from Galaxy One’s C.E.O., but to no one’s surprise, the C.E.O. is wise to what he’s up to, and both William and Mayor Rene (that will never not be strange) are apprehended. We also finally learn the reason Galaxy One got their hands on ARCHER in the first place: Alena (complete with a markedly different hairstyle). Alena says that she never intended ARCHER to be used the way that Galaxy One is prepping to do by creating A.I.-boosted super troops and turning Star City into a police state. She had instead only sought out financial success, but it was taken over in a rather underhanded and hostile manner. The big question for me is, how did she go from wanting to help change the world with Felicity to selling the ARCHER program behind her friend’s back? We’ve only one week left in the season, so I hope this and many more questions will find a satisfactory resolution.

The penultimate episode for this season was a satisfying compilation of events both material and emotional. Seeing Oliver struggle with himself via a concussion-induced hallucination of Tommy, and Dinah and Roy having a moment that brought them closer as teammates were well-executed and hopefully will have some payoff in the finale. Speaking of Roy, more parkour and excellent choreography is always a welcome addition to any episode.