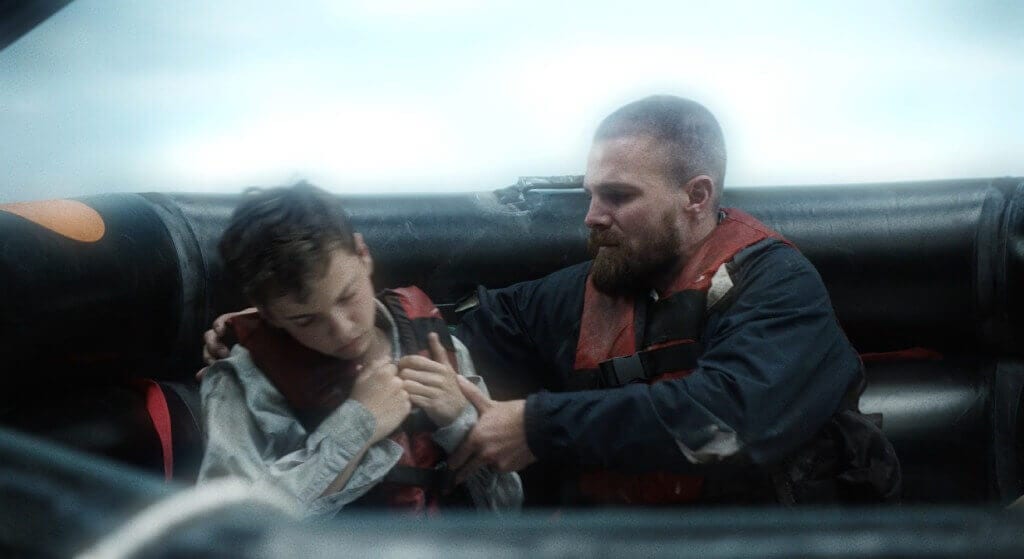 Just who is the Demon? In week 4 of this season of Arrow, Oliver Queen hopes to learn just that. What he finds instead is that he is being held in a cell on the prison’s Level Two. And what exactly does a level two incarceration entail? For Ollie at least, it means a litany of queries by a psychotherapist of sorts. This not-so-good doctor presses Ollie for information on his past as he attempts to dig into the psyche of the former Star City vigilante. “Level Two,” in this regard anyways, has all the makings of someone being wrongfully held in a psych ward against their will, and as Oliver repeatedly resists the doctor’s attempts to break his will, he employs increasingly brutal tactics (though, personally, I’d have dealt with anything over those flickering fluorescent lights). The segments dealing with Oliver’s current predicament serve to show how a good man’s spirit can be chipped away when bound in the darkness for too long, and by the end of the episode, it appears that the doctor may have succeeded, if only partially, in doing just that. This newly introduced prison doctor comes off as a Diet Hugo Strange (Batman villain), and apart from the usual trope of trying to convince the hero that he’s actually a villain, there isn’t much there yet with him. As for the Kapiushon himself, Oliver bravely remains strong-willed and defiant in the face of his inquisitor, but “Level Two” put little focus on its titular character. 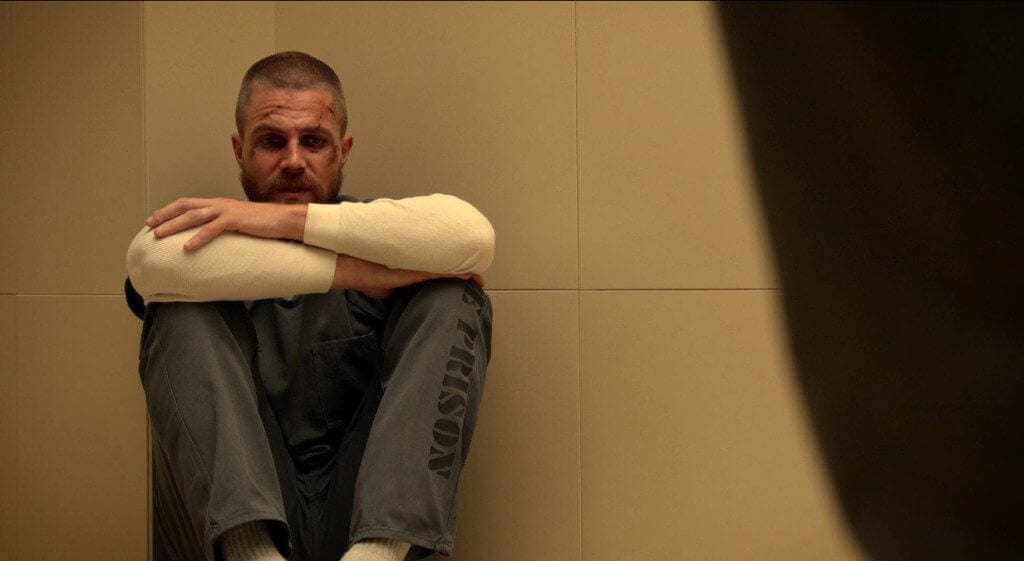 This week’s focus again shines the limelight on the former Team Arrow teammates, Dinah, Felicity, and Rene. While Felicity enlists the aid of femme fatale turned frenemy Laurel Lance of Earth-2 in order to pry information from Longbow Hunter assassin Silencer as to whereabouts of her new boss, Dinah and Rene remain at odds over how to tackle crime rate in Star City that has been on the rise since Oliver’s lock-up. Rene believes that the Star City Police Department should be working with the new Green Arrow copycat to bring the overrun city’s criminals to justice, but Dinah holds steadfast in doing everything by the book to avoid the ire of the FBI and risk blowing their immunity deal by once again working with vigilantes. Is this the right move? Rene seems to think not, as he routinely has been going behind Dinah’s back and trying to help the formerly mentioned Green Arrow look-alike. This eventually lands him in hot water and, after being caught in the middle of the vigilante and his former teammate, Dinah loses all patience with the former Wild Dog and places him under arrest. This difference of opinion in how to handle the escalating crime in their city is reminiscent of Rene and Curtis’ disagreement over violence in a prior season. On paper, I can appreciate the desire to represent both sides of this, but on screen, it feels flat. It’s truly unfortunate that more isn’t brought out of these two actors, in particular to better mirror Felicity’s disagreement with FBI Agent Watson last week.

The third story being told in “Level Two” Marty Mc-flies us back to the future where we see Roy and William return to Star City, just as Roy said they would. The two new “besties” follow the Hozen to Smoak Technologies, or, rather, what’s left of it in the not-too-distant future (it doesn’t exactly scream Four Seasons). Once they arrive, Willaim discovers a high-tech safe tailored, seemingly, for him to unlock at a designated time. That time is clearly now, however, as their B&E is nearly cut short when two officers show up to stop them, but they have their rear-ends saved by none other than a greying Dinah Drake, who quickly dispatches the lawmen. It is still very ambiguous where these “flash forwards” are heading with regards to the plot and, despite the amount of screen time dedicated to them in “Level Two,” we learn little beyond Dinah’s revelation that Felicity is dead at this point. With regards to this flash forward’s future timeline, I’m beginning to think we may be looking at a potential alternate future, but we’ll have to see more to unpack that theory one way or the other. Roy’s character is a markedly “grumpy old man” in these scenarios, and we really need to know what happened to make him so passively uncaring about the goings-on outside of Lian Yu. 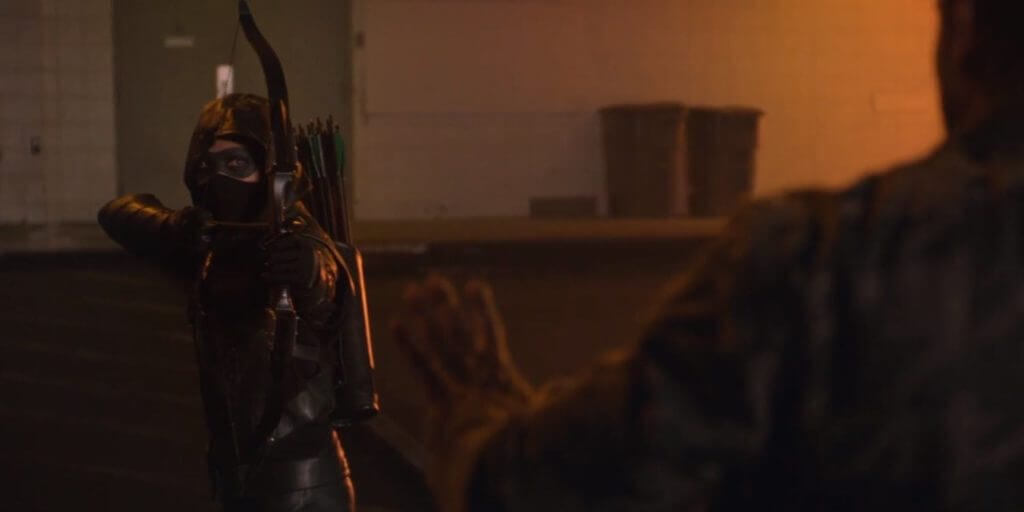 The characters are feeling a bit… hollow this week, with only two exceptions: Laurel and Felicity. The two females’ team-up shows a great balance of contrast with how each of them normally is down in their souls and what each one is willing to do when pushed up into a corner as they have been – Felicity having lost her family and Laurel-2 losing the only person to have been family for her here, Captain Lance. The team-up brings the best dialogue in the season yet, with some great comedy between the two women. Laurel, though entertained by Felicity’s current tenacity and unhinged mentality, takes pause and cautions the former Overwatch that once she’s gone down that dark road, it becomes exceedingly difficult to claw your way back out into the light, and in many cases, you never truly can. This level of candor from Black Siren is refreshing, and I think that we need to see more of that from her, as the actress shows she can balance that badass bad girl and frustrated, conflicted former villain. Going back to Felicity, on the other hand, I’m starting to get some Season 3 PTSD. I’ve said it before: Felicity has great motivation to be royally pissed off – hell I sure would be if I were in her shoes – and for the extreme lengths to which she’s now willing to go to achieve her goal. Emily Bett Rickards is a fantastic actress; she’s shown this since the first season. But why is she on the verge of tears in every single scene? My goodness, someone please give that poor young lady a handkerchief.

Many of the characters felt hollow and a Diet Hugo Strange left me feeling equally so in the Oliver segments, but an entertaining plot for Dinah and Rene, and a fun and clever segment with Laurel-2 and Felicity kept me paying attention and curious to see what happens next.