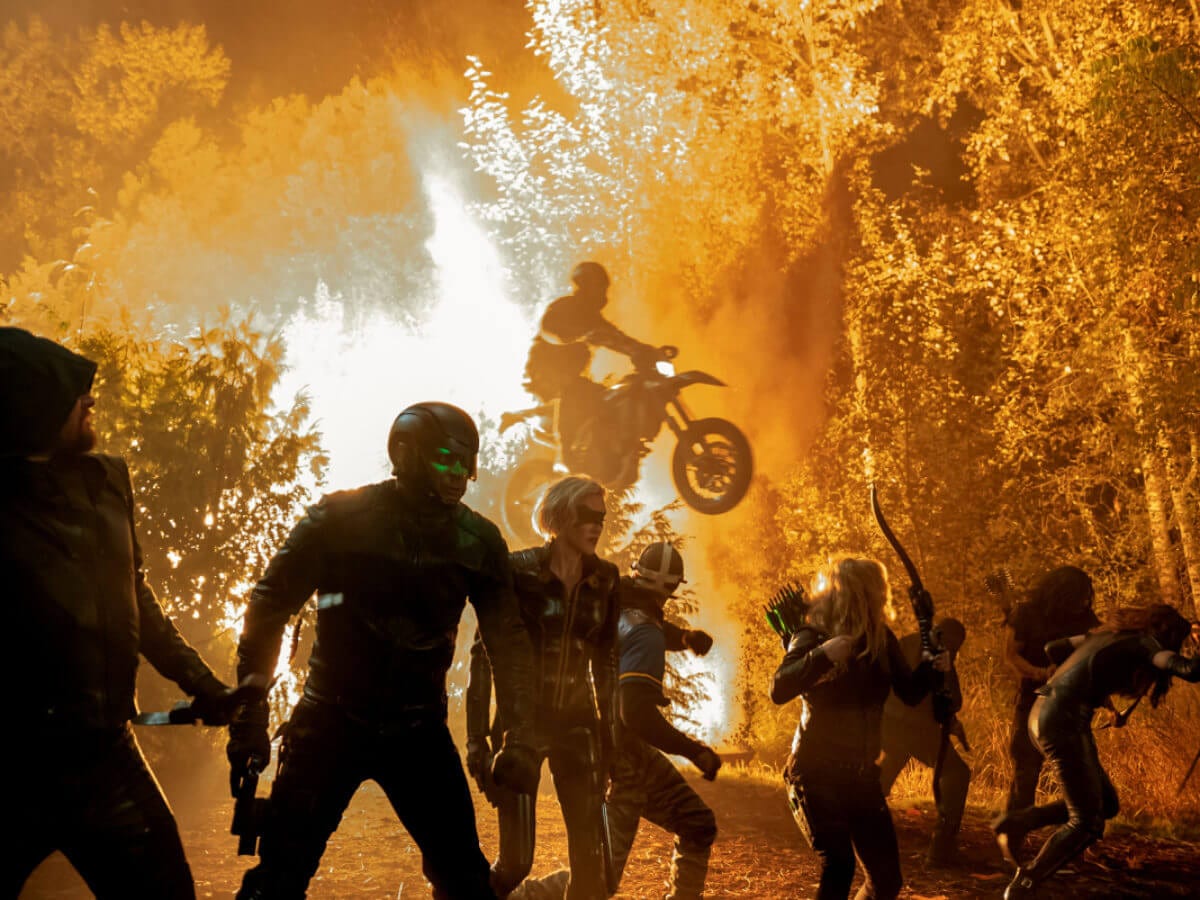 After last week’s time loop on Arrow, it’s fitting that this week’s episode, “Purgatory” – the last mid-season finale of the show – should be centered on Lian Yu. With Oliver’s return to the island this week, I was curious to see how it would play out as I believed the homages to season 1 ended with the season premiere. I wish I could say I was glad to be wrong.

“Purgatory” opens with a narration that mirrors the pilot and cuts to Mia, William, and Connor looking around the island. While Mia is seeing it for the first time, William is simply wishing he was anywhere else. Oliver asks them how they got there, and Connor tells him that they were attacked by Argus agents. Lyla comes out of the tent and apologizes for that, saying that the Monitor needs them to build a weapon to allow them at least to survive Crisis. She also states that the energy spikes that Argus had detected on the island are required to make it work. When she’s pressed on what the weapon is for, she says she doesn’t know. Oliver takes a moment alone with his children, where he finally reveals to them how he’s destined to die saving the Multiverse. Mia thinks he’s just giving up, which angers her. As Diggle confronts Lyla about working for the Monitor, everyone waits for Dinah, Roy, and Rene. The trio is bringing the plutonium for the weapon at Lyla’s behest. However, their plane is shot down by something or someone at the last moment.

William figures out that their friends and the plutonium landed in different spots, so Oliver tells the team to split up. Diggle, Connor, and Lyla go after their friends while Oliver and Laurel search for the plutonium. Mia proclaims that she is staying there, and Oliver, wanting to give her space, says someone needs to protect William, much to his son’s chagrin. As they try to find the plutonium, Laurel tells Oliver how Mia only wants to live up to her father. She also remarks that he shouldn’t, as she puts it, “leave this island with more regrets than you have buried here.” Meanwhile, William tries to build the weapon as Mia stews over Oliver continually choosing to be a hero over a Dad. Diggle, Lyla, and Connor – who lets it slip that his parents are the founders of Nightwatch – find Dinah and Rene. Rene is badly hurt, so Lyla takes him back to camp while the others look for Roy. Oliver finds the weapon, only for a resurrected Billy Wintergreen and Fyers to show up, with Wintergreen holding a sword to Laurel’s throat. 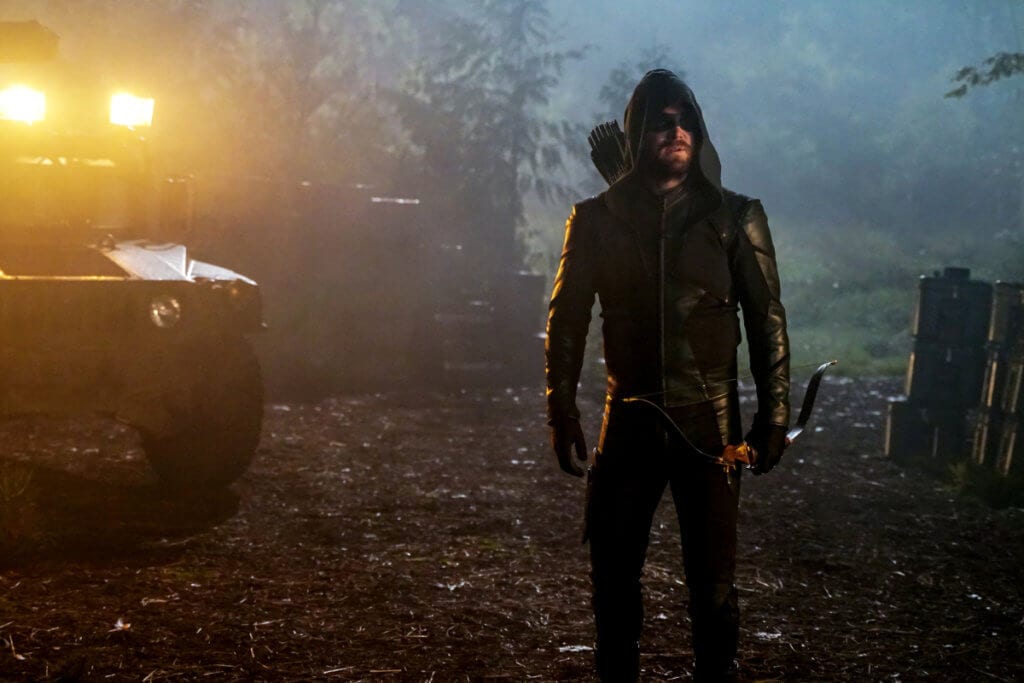 Going into “Purgatory,” I wasn’t one hundred percent sure what to expect from the Rebecca Bellotto and Rebecca Rosenberg-scripted hour. I am absolutely thrilled that we got to have an ode to the season one island story. However, I can’t help but feel that the reappearance of Fyers, Wintergreen, and even Yao Fei felt very contrived. In fact, the final battle was even more so. Sure, it was nice to see Oliver interacting with his old mentor, but nothing felt organic, and all too often felt as though they were ticking one more box before Crisis. Diggle and Lyla’s plight didn’t help matters and just seemed to drag the episode down. This was true especially as Lyla’s role appeared to have no agency in the story beyond listening to the Monitor whenever the plot deemed it necessary. In addition, the final minutes of the show dragged out some mostly hollow goodbyes, and ultimately this made “Purgatory” feel like a subpar mid-season finale.

That being said, there are a few things that work here, particularly Roy’s scenes, as well as Oliver and Mia’s. Roy losing an arm has been a staple of the character in the comics, so I’m glad they bought that over to the show before the end. I hope there’s a chance to further explore Roy’s new reality before Arrow fades out for the final time. As for father and daughter Queen, despite her resentment towards her father, it was great to see that Mia still wants to save him from his fate. This is a dilemma that gets resolved just as the Crisis begins. I’m glad that this particular arc between the two has been wrapped up; I feel that it would have been an albatross over the crossover when there were going to be several more characters to service in the historic five-hour event.

Stephen Amell, Katherine McNamara, and Colton Haynes stood out in a big way throughout “Purgatory.” Ever since Haynes’ departure as a series regular, he hasn’t gotten much to do throughout his brief cameos over the last few seasons. While I was sorry for the character’s predicament, I was overjoyed with what Haynes did with the material. This is all a credit to Bellotto and Rosenberg. Yes, the episode is imperfect, but it’s easy to see what they were going for, especially as it relates to the aforementioned characters. I just wish that they would’ve followed season 1’s lead and didn’t rely on lazy comic book tropes, especially if they weren’t going to be executed well. The season five finale probably should’ve been the last time we saw the island, so hopefully, the next couple of episodes are a bit better. James Bamford does a serviceable job with this episode; the action with Fyers, Yao Fei, and Wintergreen is on point, especially throughout the final fight. I just wish he had been given a slightly better script with which to work. 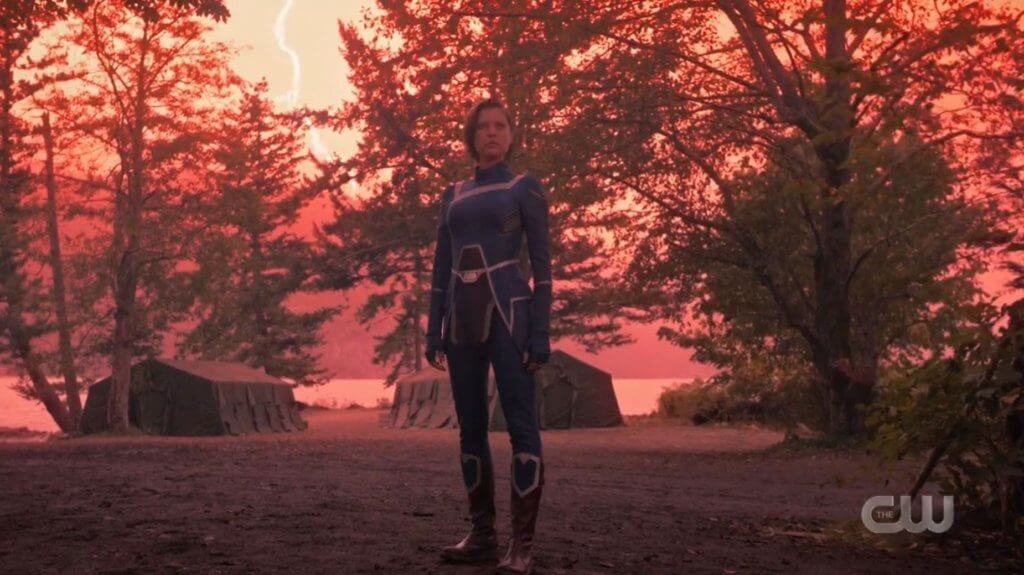 “Purgatory” should’ve been a much bigger full-circle moment, but instead devolves into a series of cameos that have little meaning beyond this episode. Amell, McNamara, and Haynes give great performances, and it was great to see Roy embrace one of the key storylines from the comics. While this episode could’ve been better, it’s good to know we have Crisis coming to, perhaps ironically, set things right.

"Purgatory" should’ve been a much bigger full-circle moment, but instead devolves into a series of cameos that have little meaning beyond this episode. Amell, McNamara, and Haynes give great performances, and it was great to see Roy embrace one of the key storylines from the comics. While this episode could’ve been better, it’s good to know we have Crisis coming to, perhaps ironically, set things right.