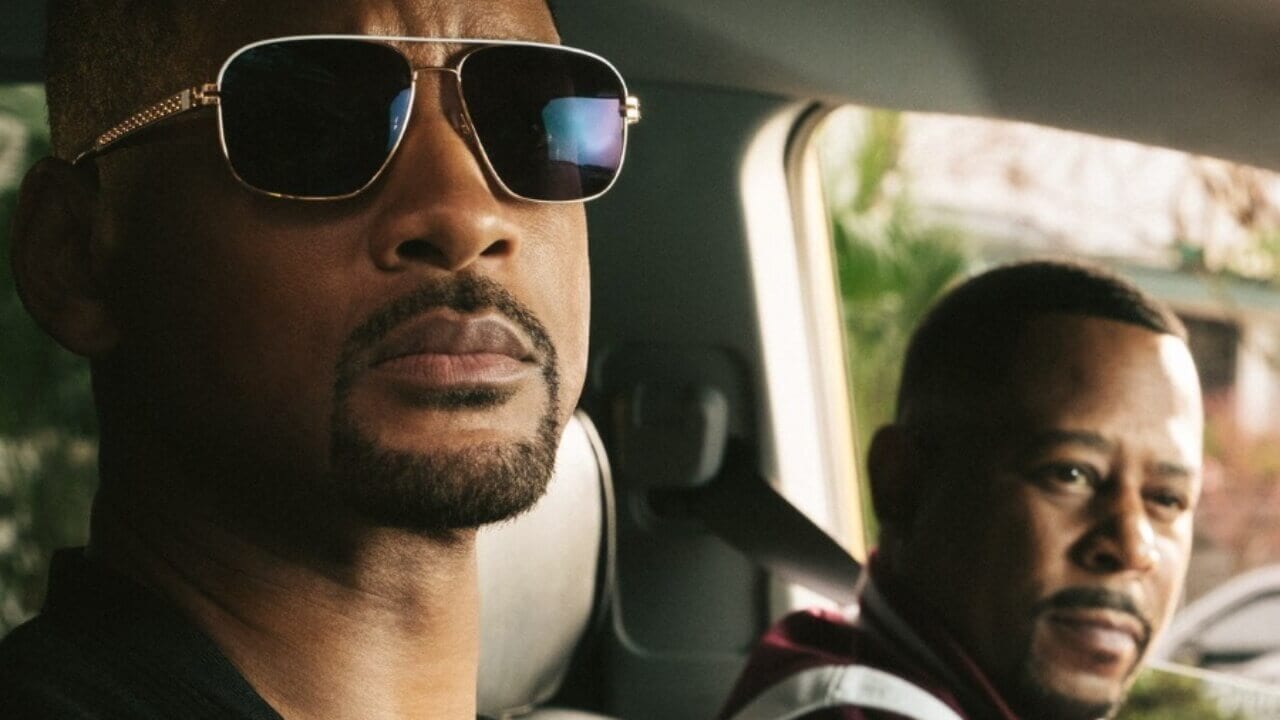 Bad Boys For Life picks up years after the previous film in the series. Mike and Marcus are still Bad Boys, but Marcus is starting to feel his mortality and wants to retire to be around for his newly born grandchild. But when a figure from Mike’s past comes back to haunt him, the Bad Boys must ride one last time. I’ll leave it at that because this film had a surprising amount of… well… surprises, one of which is that this might be the best film of the trilogy.

Will Smith and Martin Lawrence slip back into the flashy suits, bombastic gunfights, and excellent chemistry as if they never left. They’re at the top of their game, they bounce off of each other beautifully, and both actors bring a surprising emotional weight to Bad Boys For Life. Martin Lawrence, in particular, surprised the hell out of me, and genuinely moved me in one scene. Smith also hasn’t been this consistently engaging, funny, and badass in years. After the misfire that was Gemini Man last year, Smith needed this film, and he absolutely knocks it out of the park here. He’s not just the old Mike Lowrey, with his quips, quick trigger finger, and flashy material belongings. Those things are still intact, as you’d expect, but in the script as well as Smith’s performance, there’s a dark edge and a real heart. There are a bunch of new players as well, such as Alexander Ludwig, Vanessa Hudgens, Charles Melton, and Paola Nuñez. These four make up the AMMO team, which is a fun little division within the Miami PD. The three younger actors each are a ton of fun; Ludwig and Melton have interplay with our Bad Boys that garnered a couple of huge laughs from the audience. Nuñez has been mostly absent from the marketing I’ve seen, and that’s a shame because I thought her character was awesome, and she brings not only an intensity but also wit to her role. The villain characters, who have also been hidden from the marketing (which I appreciated), are also great, played by Jacob Scipio and Kate del Castillo. Both actors deliver rock-solid performances; Castillo is very imposing, and Scipio’s physicality is impressive.

The fact that I walked out of this movie saying, “Wow! The story in a Bad Boys film was actually fulfilling beyond the explosives and blood-soaked mayhem!” is something I’m still coming to terms with. It’s been said already, but the maturity of this film in correlation to the last one is undeniably impressive. Bad Boys For Life often feels like a coming of age film for middle-aged men. Mike is fighting against his own mortality, while Marcus is embracing it and moving on in his life to enjoy the things he could miss as a cop. Some of this causes some very welcome comedy, but it’s also used to give us a deeper window into these two men than I thought possible from the previous two films. I’m not saying this is a character study or something, but they make an effort to define our heroes in such a stronger fashion that, more so than either previous entry, we truly care about these guys, and it makes every action scene seem more intense. The script also really gives the actors more to chew on than ever before, leading to an emotional center I never expected. Tying the villain directly to Mike makes ever action the bad guys take feel more personal, and enhances our desire to see Mike take them down. There are some wonderful nods to the other Bad Boys movies, including a returning character that had me shrieking. It’s not all sunshine and roses, because there’s a late-game reveal that I kinda went with, but a choice towards the end didn’t track for me. It’s hard to discuss without spoiling it, but in the theater, a character makes a change that felt a bit rushed. If they had started that shift earlier in the film or even at the beginning of the sequence, I think it could really have worked. The story ends in a way that could be a truly strong ending for the franchise, but they sequel bait, which is a bit frustrating. They’ve already announced a fourth film; hopefully, they don’t overstay their welcome. 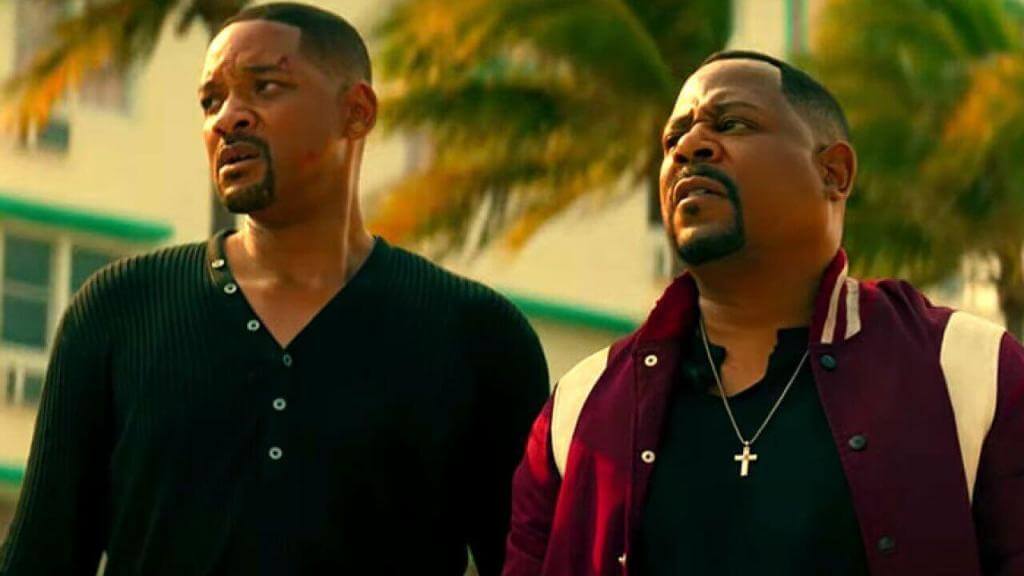 The action in Bad Boys For Life is great, partially because the script does a lot of heavy lifting and also because of how kinetic the camera work is. Hand-to-hand combat is well captured, and they show the actors doing it themselves, which makes it feel even more authentic. There’s a lot of what you’d expect from a film like this; car chases, shootouts, fight scenes, and big explosions. It’s less excessive than the first film, due in no small part to Bay not being the director, but it all still feels intrinsically Bad Boys. They lean into the ridiculous without feeling bloated, like the finale of Bad Boys II, for instance. The action all feels necessary, and it’s genuinely entertaining. There’s a sequence that takes place during an arms deal that features some gunfu stuff that felt very John Wick-inspired. There is a scene that features Mike and Marcus riding a motorcycle that had some rough green screen work, but that’s my only quibble with the action.

Adil El Arbi and Bilall Fallah do a great job directing Bad Boys For Life. They carve out their own style while paying homages to Bay in organic ways. One emotional moment features Bay’s rotating camera shot that was particularly effective, and to that end, they manage to bring the best performances out of their leads that I’ve seen in a while. The editing isn’t as polished as the direction, though. Most of the film is perfectly fine, but there’s a lull in the middle section that felt as if it went on a little longer than it really did. The movie picks up again towards the end, but that slack in the pacing felt pretty noticeable. 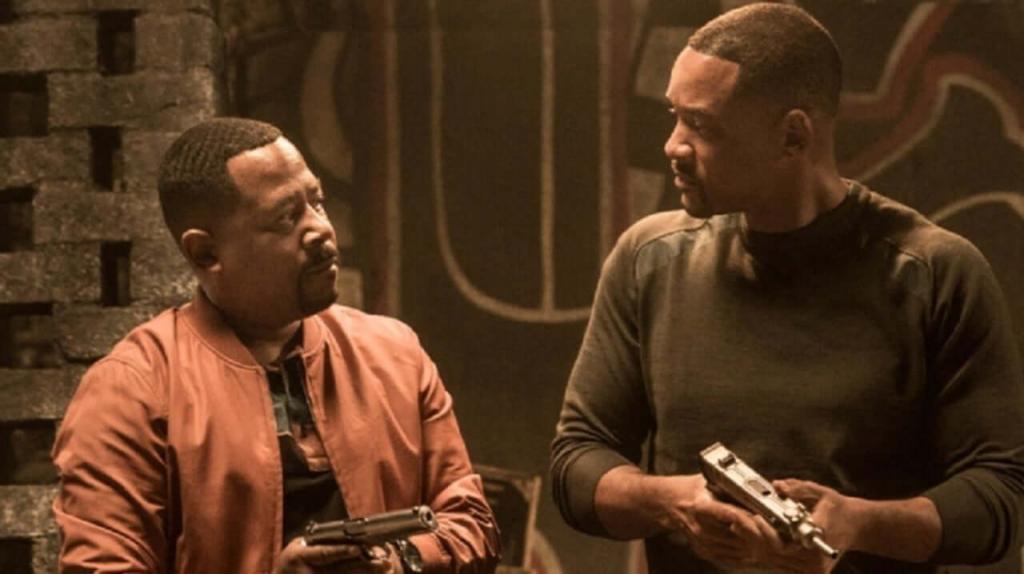 The soundtrack is full of familiar names like Black Eyed Peas, Meek Mill, Rick Ross, Pitbull, and even Will Smith’s son, Jaden. The soundtrack is consistent with the franchise and fits the film well. The musical score, however, isn’t the best. Now, there are tracks that I enjoyed, ones that enhanced the emotions of some of the quieter scenes, but the score of the action sequences is rather generic a lot of the time. Lorne Balfe is a solid composer, but his last two scores (this and the Will Smith-headlined Gemini Man) were both kind of underwhelming. The sound design is quite good though, with gunfire, explosions, and screeching tires richly detailed, and with clear and distinguishable dialogue. There’s a scene involving a baby in the back seat of a car (this is in the trailer) that featured the baby making noise behind Mike and Marcus. In the theater, I almost looked behind me to see if there was an actual baby in the theater with us. Awesome stuff.

Overall, Bad Boys For Life is a badass outing for Will Smith and Martin Lawrence, with some great action, gut-busting dialogue, a surprisingly mature story, and strong character work. It’s not perfect, with pacing issues, a weak score, and a sequel-bait ending that feels unnecessary. But, all in all, this might be the best of the trilogy, and I’m stunned that I just typed those words.

What did you think of Bad Boys For Life? What’s your favorite Bad Boys film? Let me know in the comments below! Stay nerdy everyone!

Bad Boys For Life is a thrilling, hilarious, and surprisingly emotional threequel, with Will Smith and Martin Lawrence in top form.