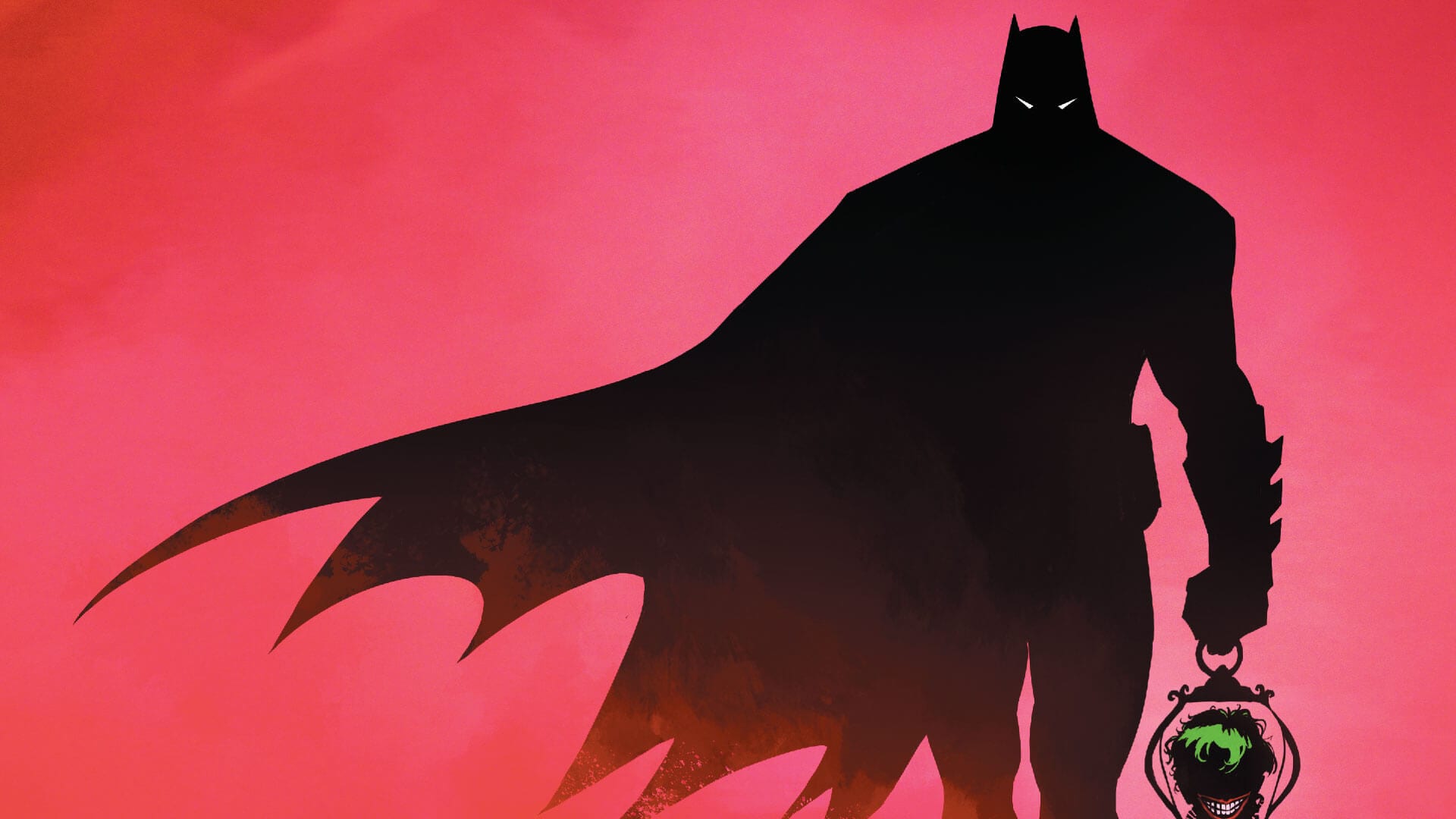 Scott Snyder has left an indelible mark on the Batman mythos. While he was working on Detective Comics, I first started reading his work when he collaborated with Greg Capullo on “The Court of Owls,” the introductory Batman story of the New 5. (which has since been adapted, relatively speaking, for the recently ended Batman TV series Gotham). Ever since, I’ve enjoyed what this team has brought to the fandom over the years. Snyder has always imbued the character with a rich complexity that I worried would be difficult to maintain. But every time, he stepped up to the plate, whether it was “The Court of Owls” or “Death of the Family. Yes, there have been a few misfires, most notably the recent one-shot The Batman Who Laughs: The Grim Knight, but then that didn’t include Capullo, so it was missing the magic of those early stories. That being said, I knew this era of Batman couldn’t last forever, so when Batman: Last Night on Earth – Snyder and Capullo’s purported final Batman story – was announced, I was intrigued, and the cover was just one of the reasons why. When I first heard the tag line, “This could be the last Batman story ever told,” I kind of felt it was a little much. After all, there would definitely be other Batman stories after this, even if it meant Snyder and Capullo wouldn’t be creating them. However, after reading Batman: Last Knight on Earth, I have to admit that, if there were a Batman story that deserved that tag line, this would definitely be the one. There was talk amongst various pundits that this would be, at least to an extent, DC’s answer to Old Man Logan and, in terms of tone, I’d say that this team achieves that. 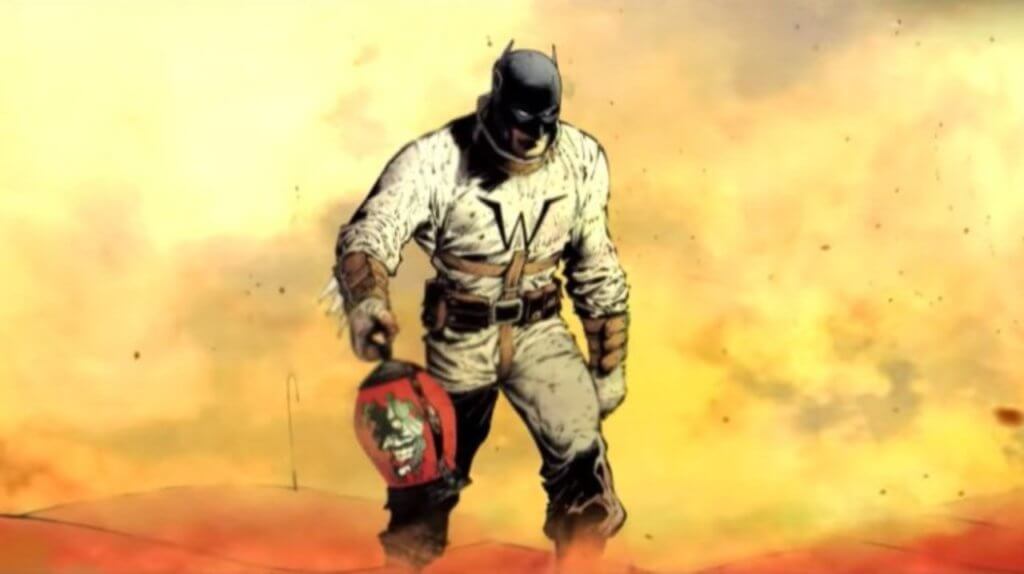 The story begins almost like any other night in the life of the Caped Crusader. Upon multiple readings, however, it becomes obvious that Batman: Last Knight on Earth is anything but typical. Snyder has always been rather literary given his history, and this is once again on display here. It made me want to spend even more time in the heads of these characters, so I’m glad this is just the beginning of the series. Throughout the first two parts of this issue, I was often reminded of Alfred’s words to Lucius in the series finale of Gotham; “Our job is to serve.” While these are two different continuities, I can’t help but feel the cost of those words is on full display in this issue.  The means by which he essentially frees Bruce from Batman evoke memories of certain Batman: The Animated Series episodes and, to an extent, the 12th episode of Smallville season six, where Clark was institutionalized and made to believe his powers and some notable locations were just a figment of his imagination. But you can only fool the world’s greatest detective for so long, and Batman is quickly back in the world, albeit not in the way he expected.

As Batman tries to figure out what’s going on, he is joined by the most unlikely of sidekicks. While in most Batman stories you would expect to see Batgirl or one of the Robins at his side, Snyder continues to make clear how different this story is by having the Joker as a literal talking head (as opposed to the figurative term that is generally discouraged in certain literary circles) throughout the latter part of this issue. I love this idea. Yes, it makes sense given all the work Snyder has done with the Joker over the years, but it also speaks to the larger legacy these two characters have left behind in a myriad of mediums since the 1940s. Joker and Batman have always been a part of one another, something that was once driven home by Heath ledger’s iteration of the character in The Dark Knight when he tells Batman how he completes him. I was constantly reminded of those words as I read Batman: Last Knight on Earth #1. Granted, that might seem a little twisted given the pomp and circumstance surrounding this story, but I’m really glad that the focus will remain on these two iconic characters, and I can’t think of a better way to give our beloved hero anything resembling a sense of finality. 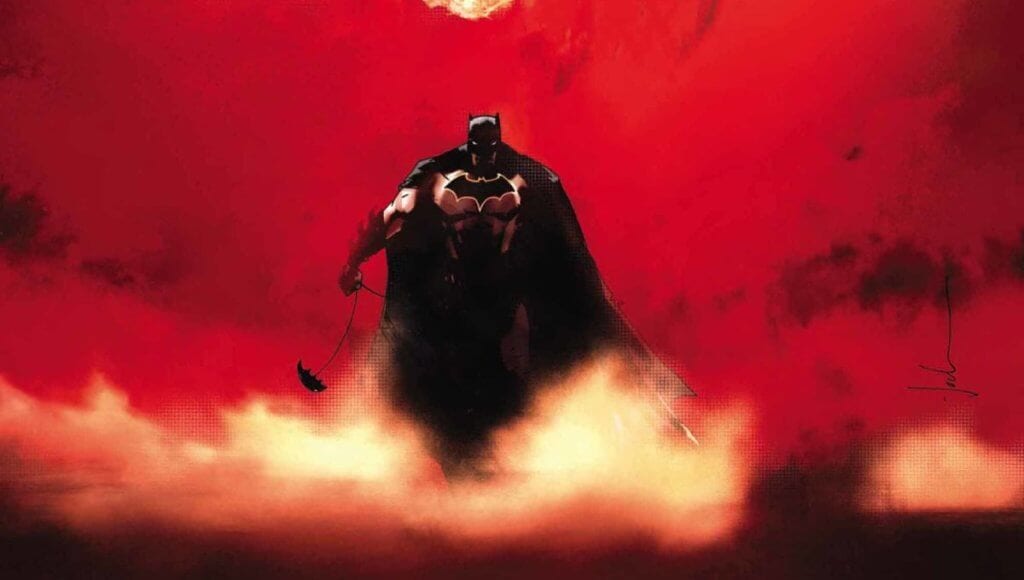 I only hope that this team makes an effort to keep its focus on the Dark Knight going forward. I understand the needs for crossovers, hence the appearance of Wonder Woman and the most bizarre iteration of the Green Lantern Corps. I’ve ever read. But it’s really important that, assuming this truly is Snyder and Capullo’s last salvo (something that I’m having trouble believing at the moment), the character that they have helped define for nearly a decade stays the focal point, which, judging by the end of Batman: Last Knight on Earth #1, will be the case, something that is made all the more real through Capullo’s art. Once again, Snyder’s longtime collaborator has left his mark on the hero of Gotham, something that is bought to the fore in a particular sequence in the issue. This sequence presents the concept of escalation in the comics in a bold way and re-establishes what makes Batman, well, Batman in this final chapter of Snyder and Capullo’s bat-bibliography. Aside from the wonderfully rendered Mad Max: Fury Road-style landscape that Batman must endure, I also love the design that the Joker is given. To me, it makes him seem just a little more deranged, which appears to fit with Batman’s new reality.

Batman: Last Knight on Earth # 1 serves as a fantastic beginning to Snyder and Capullo’s final epic. After The Batman Who Laughs, I had been worried that Snyder had lost his touch, so I’m glad to see that my fears were unfounded. With an almost literary story, a dynamic role for the Joker, and outstanding art, I’m so excited to see where this team goes next with this tale that will no doubt reverberate through the Batman mythos for years to come.

Batman: The Last Knight on Earth # 1 serves as a fantastic beginning to Snyder and Capullo’s final epic. After The Batman Who Laughs, I had been worried that Snyder had lost his touch, so I’m glad to see that my fears were unfounded. With an almost literary story, a dynamic role for the Joker, and outstanding art, I’m so excited to see where this team goes next with this tale that will no doubt reverberate through the Batman mythos for years to come.