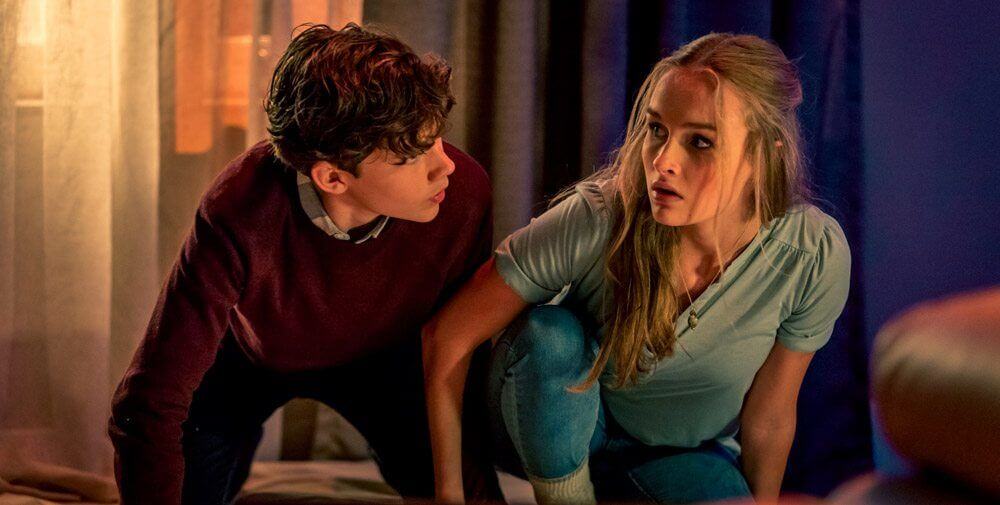 Better Watch Out deals with ideas of toxic masculinity and how fragile the male ego can be, diving into how men look at women as mirrors, expecting their feelings toward them to be reflected back. When they aren’t reciprocated perfectly, easily-bruised masculinity breaks the mirror. The characters in this movie take things farther than just name-calling or shaming, resorting to violent tactics and torturous manipulation to shatter their image, completely breaking her into pieces, since to them she is less than a human being and moreso just an object or a piece of property. More significantly, she is a piece of their property. This is a movie that is deeply disturbing, while also being psychotically fun. Better Watch Out knows what it is and has fun with these characters while also never undercutting its themes due to the dark humor that permeates throughout.

This is, at its core, a home invasion movie, where babysitter Ashley (Olivia Dejonge) and twelve-year-old Luke (Levi Miller) are the victims to this circumstance. However, Better Watch Out succeeds at completely flipping this concept on its head, throwing audiences completely off kilter as it begins to have its fun. Really, that is all I can say about the plot, because this is one of those movies that just need to see without having any prior information. In the end, any small detail can give away a major plot point that you really should experience for the first time watching the movie. What I will say is that this movie caught me completely off guard, playing out like an unhinged version of Home Alone.

Olivia Dejonge gives a great performance as Ashley. Dejonge’s character is set to move away in a couple of days, so long as she can survive the night, and the movie does something really smart with her character. It allows her to just exist as a seventeen year old girl. She’s allowed to get scared. Hiding isn’t cowardice. Instead, it is wise courage. While Luke isn’t scared and he would rather charge in headfirst, assuming that is what men are supposed to do and that this will somehow display his bravery. Really, this just demonstrates his immaturity and stupidity. The movie never strips Ashley of her agency, and even though she is allowed to have these natural reactions of fear, she’s also allowed to be capable when the situation allows for it. She uses her brain on multiple fronts to try to alleviate the situation. This isn’t a character who is just a scared damsel, because instead she is allowed to be a full human being with a wide berth of emotional range, and that is nice to see.

The narrative is slowly crafted over time, slow cooked before going off the walls in the best way possible, throwing in a Home Alone gag which is brutally fun. But, through the fun and through the mayhem, the movie never forgets about its characters, not only giving us a protagonist to root for but also managing to give us villains to root against. This is not one of those horror-esque movies that prides itself on the creative kills while giving us disposable characters who exist to die.

Throughout the movie, as the camera rests on Ashley’s face, still and defeated, and as we look at her open eyes, with two tears just slipping out and running down her cheek, Better Watch Out breaks your heart. We, as the audience, realize how much we care about her survival. The movie peppers in character tidbits and throws in shared memories with Luke to show us their bond, as the movie remembers to be a little bit human, even through its insanity.

It is through Ashley’s character that we explore these themes of the objectification of women, how men perceive them, and this toxic masculinity that has perverted societal norms and warped what we see as acceptable and justifiable. When stories of sexual abuse and the perversion of power at the hands of masculinity are filling every daily news cycle on a political, social, and entertainment industry level, it is impossible to watch this movie in a vacuum without understanding the broader context of the world around us. Through a horror movie premise, all I saw was this horrific reality that looked oddly like our own. This movie goes from your simple home invasion film to something more sinister, and it leaves us asking difficult questions. If not for a very specific choice made at the very end as the film goes to credits, all of this would have felt all too real.

Not to get bogged down in the morbidity of it all, Better Watch Out also manages to balance this deeply infectious lunacy with its more serious themes to create a one of a kind experience, and at the center of it all is Levi Miller as Luke, giving a performance for the ages. Watching this kid was a sight to behold as he swung for the fences, making acting choices that were over the top and frenetic, and through the lunacy of Miller, the movie is provided with its sharp edge, allowing it to explore its dark humor and just have fun with what it wants to do. Miller hit a home run, when it could have just as easily been a strike out. 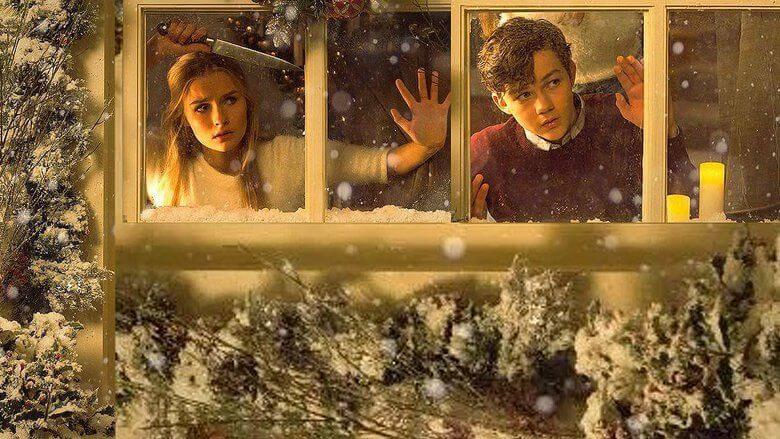 If it was up to me, Better Watch Out would become the next Christmas time classic that everybody would sit around the fireplace, eggnog in hand, and experience once a year. However, being the realist that I must be, all I can hope for is that this becomes a cult classic that connects with a specific group of people, and while the rest of the world may be oblivious to its magic, all know that magic this movie provides, which we will hopefully spread around to everybody that we know.

Note: Do not watch any trailers for this movie. Do not even look up the plot. Just go into it completely oblivious to its details, because that element of surprise is the best way to experience this movie. There is a reason that I was so vague with many of the details.

Better Watch Out is a movie that feels specifically relevant to the socio-political issues of the moment, while also delivering an electric thrill ride of psychotic insanity once it settles into its own skin.