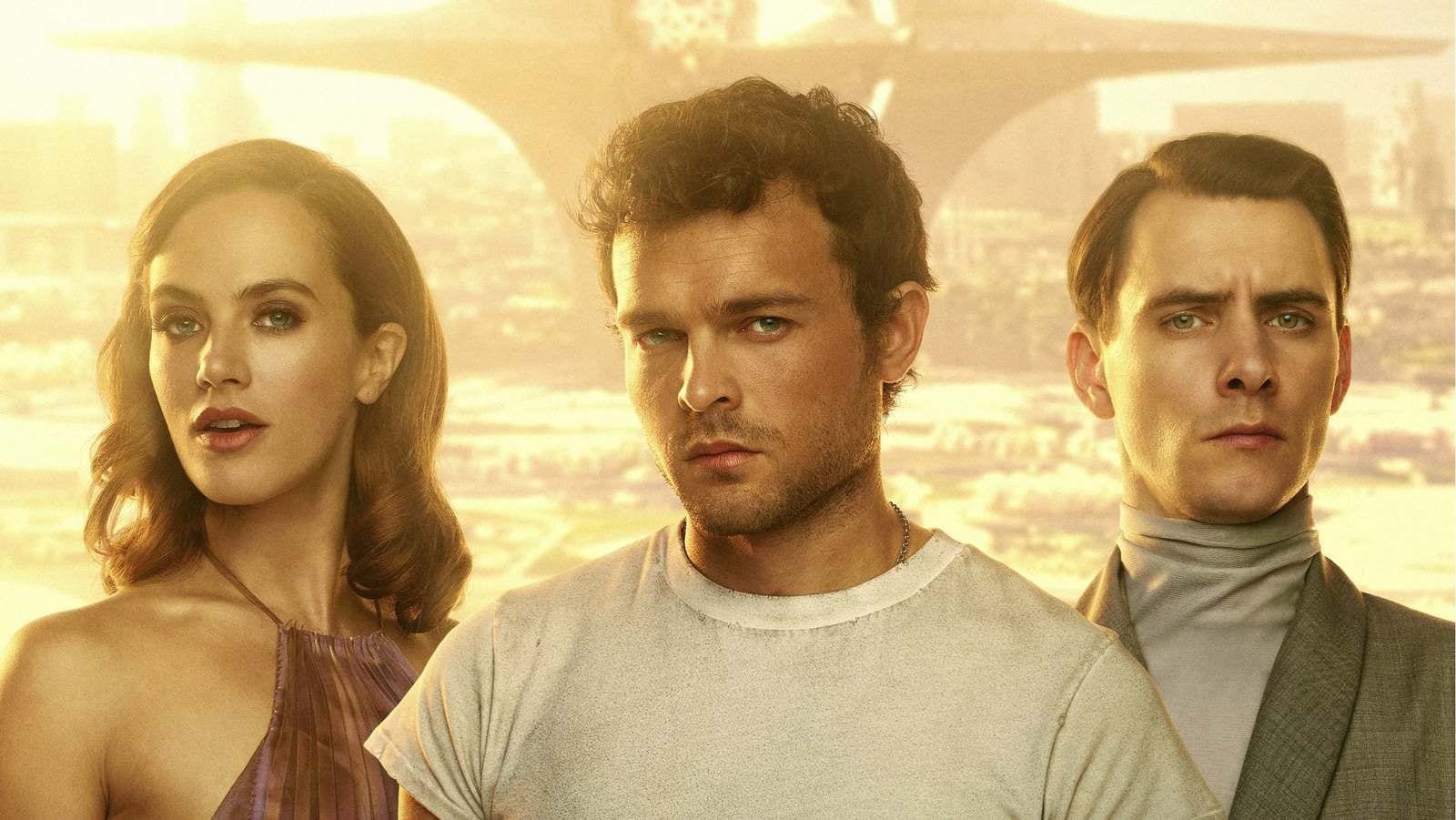 I had always thought that an adaptation of Brave New World would be little more than a dream. I remember when it was first announced as a Syfy project with Steven Spielberg involved as a producer and immediately put the book on my “to be read” pile. However, when the show failed to materialize, both the book and the potential series fell off my radar. That changed a few weeks ago when I discovered that the show had finally been made, with Tetro and Solo: A Star Wars Story star Alden Ehrenreich in the lead and David Wiener, comic book icon Grant Morrison and Crank’s Brian Taylor behind the adaptation. Given my affinity for the creatives involved, I had to see what this take on Aldous Huxley’s 1932 novel was all about.

Brave New World opens in New London, as Jessica Brown Findlay’s Lenina Crowne, as she is called to the office of Bernard Marx. Bernard, an Alpha-Plus (the highest level of the society’s caste system), reprimands Lenina (a Beta-Plus, just below the Alphas) for being in a monogamous relationship. Afterward, we follow Bernard, who is called to investigate an incident where he discovers the body of an Epsilon, the lowest caste. As he passes out somas (pills) to keep everyone calm, his curiosity gets the better of him and – subsequently compounded by his need for privacy – he asks his boss, the Director, to send him on vacation to the Savage Lands Amusement Park, on which Bernard brings Lenina along for the ride. The Savage Lands Park is a place that allows visitors to play out the ways of the “old world,” such as greed, superstition, or violence. Meanwhile, Alden Ehrenreich’s John works as a prop guy on a production in the park, seemingly resigned to a life of mediocrity in the Savage Lands, until he and his mother are threatened. When he meets Bernard and Lenina in the aftermath of a shooting, John comes to New London and slowly begins to challenge the status quo, ultimately becoming a conduit for Lenina’s desire to live a different life, as well as facilitating the Epsilons’ realization of free will.

I was hoping this show was going to be great, but, unfortunately, Brave New World falls short in almost every way. In the first minutes of the pilot, the producers endeavor to shock you, yet it just comes off as desperate when you look at the show as a whole. While there are some heady concepts at play here, like the idea of the controlled chaos of the Savage Lands, or taking a pill to help you deal with life, and how the good and bad is what makes life worth living, and even an exploration of classicism, in the end, it just felt like something that we’ve seen all too often. Whenever a new science fiction show debuts, these well-trod themes could be given a unique perspective, but there seems to be little, if any, attempt to bring something genuinely new to the table this time. It almost feels like this adaptation came about twenty years too late, having nothing new to say about a genre the source material helped popularize. While the story itself may be timeless, it quickly turns into a waste of time as the beats play out predictably, forcing the viewer to watch the show with a jaundiced eye, hoping to see something that will surprise them. However, the only thing that surprises – which is both a blessing and a curse – is the performances. 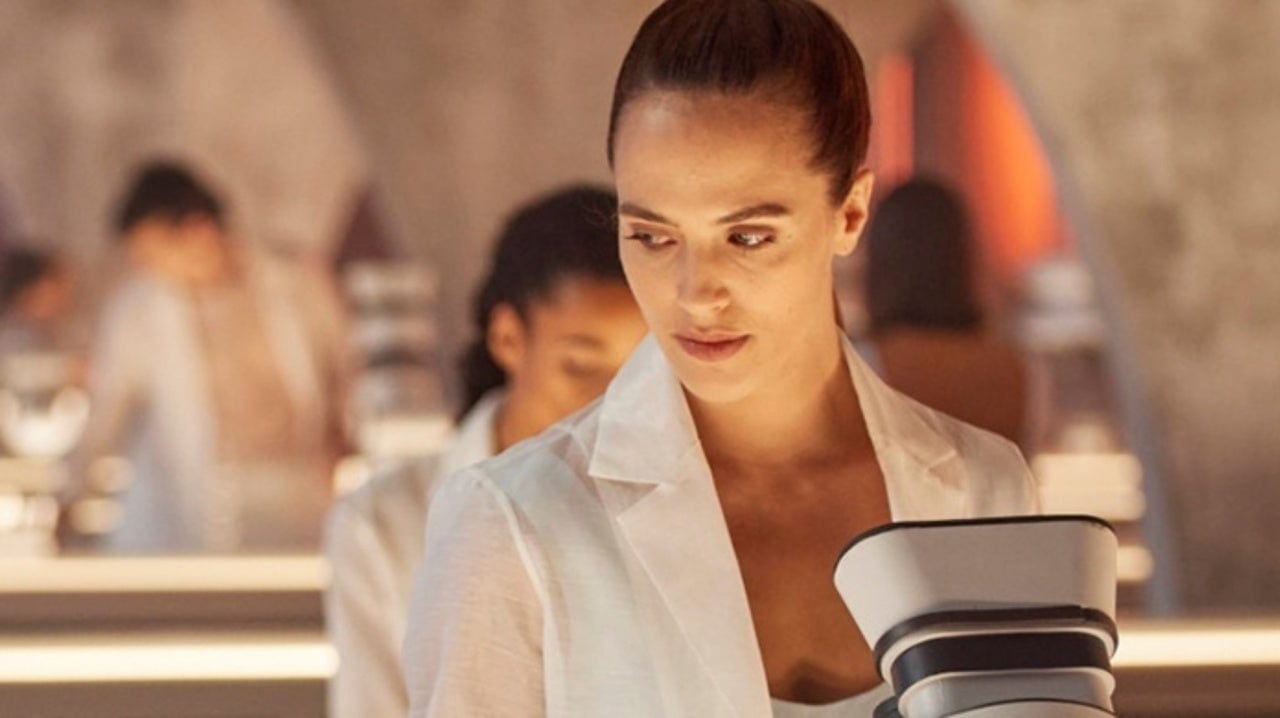 Let’s start with Harry Lloyd. Much like everyone else, I first discovered Lloyd via Game of Thrones, and I was excited when he took on the role of Professor X, albeit briefly, in Legion. Watching his performance on Brave New World was fantastic, as he struggled with whether to adhere to the system or follow his own path, something that Alden Ehrenreich’s John makes all the more alluring. John connects with Lenina, disrupting Bernard’s vision of what life could be as he continues to question whether he’s truly an Alpha-Plus. As a result, Ehrenreich is a fantastic foil for Lloyd, the swagger he demonstrated for the role of Han Solo once again on display here. His performance was absolutely magnetic, serving as an initially reluctant audience surrogate for all the outlandish ideas that are on display while also being an object of temptation for many of the people of New London in more ways than one. I always wondered what Ehrenreich would do following Solo, and I’m happy he landed somewhere; I just wish it was on a better show.

Grant Morrison has been working in filmmaking for a while, but I feel like it would be best if he chose to do something of his own next time, as his work on Brave New World feels lazy. There isn’t much to be said about Brian Taylor, given his minimal involvement in the show beyond the pilot and an ambiguous consultant credit during the end credit sequence. That being said, you can see a bit of his penchant for wanton violence and shock value – look no further than his work on Gamer – permeate the show. In addition, I feel I must mention the one shining light aside from the cast: the music. Jeff Russo’s score sets just the right tone, despite much of what’s on-screen, and is a soundtrack I’d want to own. All that being said, this by and large paint-by-numbers production must be laid at the feet of showrunner David Wiener, who decided to modernize the novel in his adaptation. I appreciate the attempt, and while it paid off in the acting department, it failed to be sufficient anywhere else, perhaps, ironically, becoming the safest dystopian show imaginable. Hopefully, whatever Wiener does next, he’ll take a few more chances thgan he does in this thin streaming offering. 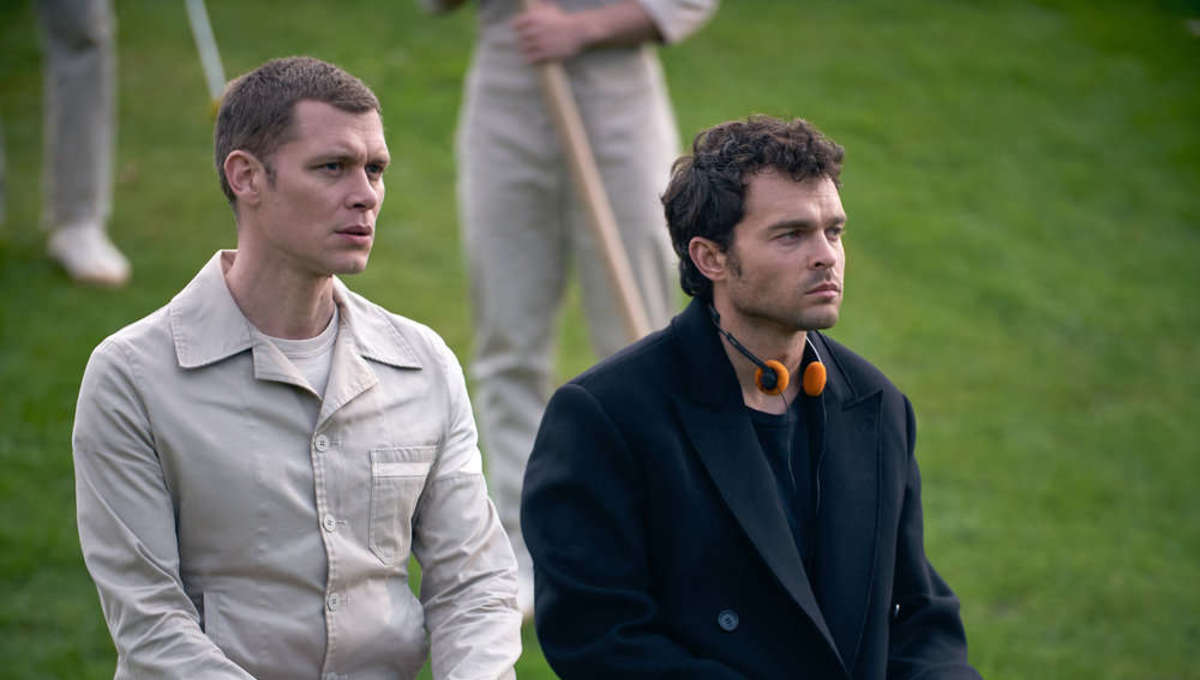 Despite a fantastic cast, Brave New World fails to bring anything new to the genre, preferring to go through the motions. Brave New World may be based on a timeless classic of the sci-fi genre, but this adaptation is, ultimately, a waste of time.

Despite a fantastic cast, Brave New World fails to bring anything new to the genre, preferring to go through the motions. Brave New World may be based on a timeless classic of the sci-fi genre, but this adaptation is, ultimately, a waste of time.

Appreciate this review. I had a feeling this was how it was going to turn out. The novel may seem like “old hat” purely because everyone knows the tropes the novel represents, but the novel itself was the first to trail blaze the false utopia with an authoritarian overreach themes; well before 1984. The producers clearly had no grasp or understanding of how to approach the adaptation without looking like a parody, and ended up making it a parody.

I didn’t expect much from Brave New World. There was something about the trailer that struck me as being fake, despite the obvious polish and shine they put into it. I’m glad I passed up the opportunity to see it now, although I’m certainly interested in the sountrack. Thank you.