The Transformers film series has been an utter disappointment. Michael Bay found a way to take these beloved characters and create movies that do them no justice. It’s been frustrating for longtime fans of Transformers to see this franchise continuously mishandled. This is why Bumblebee is such an exciting movie. Michael Bay isn’t the director, which gives an opportunity for a new vision. Travis Knight was chosen as the director for Bumblebee. He’s relatively inexperienced, but that didn’t stop him from making Kubo and the Two Strings, a marvelous animated film that pushed the perceived limits of stop-motion animation. Knight brought such a strong emotional core to Kubo and the Two Strings, which people hoped would carry over to Bumblebee. This is a franchise that’s been devoid of any true emotional value for five movies straight, so I can understand the demand for it. Luckily, Bumblebee proves to be the Transformers film everyone hoped. This is a genuinely heartwarming movie that focuses on the relationship between a girl and her car.

The war on Cybertron has forced the Autobots to flee the planet and seek refuge elsewhere. Optimus Prime sends Autobot B-127 to Earth in order to secure it as a rendezvous point for them in the future. When B-127 gets to Earth, he’s attacked by a Decepticon that tears out his voice box and damages his memory. B-127 takes the form of a 1967 Volkswagon Beetle to hide. Eventually, an 18-year-old girl named Charlie stumbles upon him in a scrapyard. She takes the car home and finds out he’s no ordinary vehicle. Charlie decides to befriend B-127 and gives him the nickname Bumblebee. Now Bumblebee must regain his memory and fend off the Decepticons that are still hunting him. 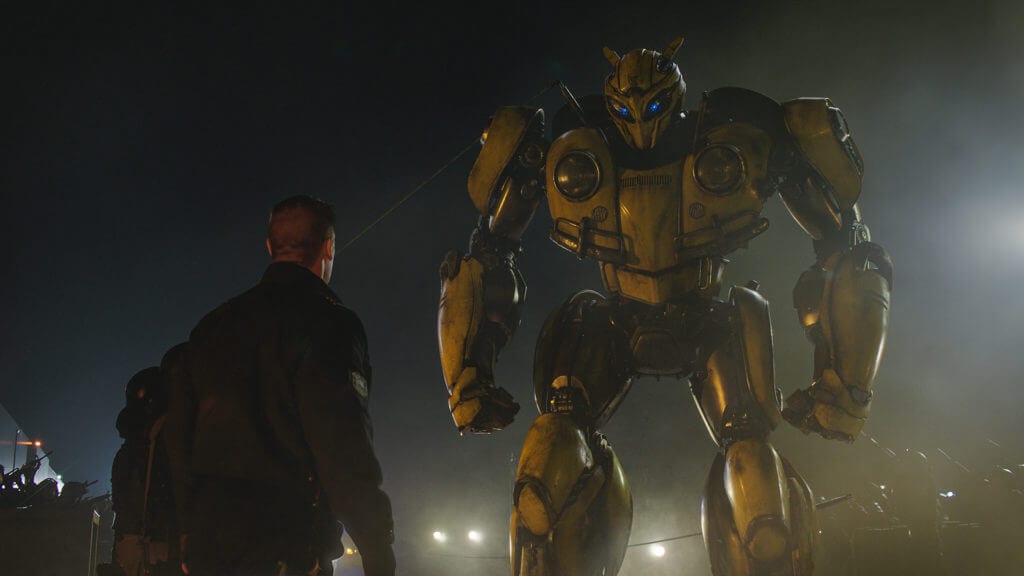 Coming out of the theater, I was genuinely shocked by what I saw. Bumblebee is such a huge departure from the other Transformers films that it’s hard to believe it could ever be attached to the Michael Bay movies. The narrative emphasizes the bond between Bumblebee and Charlie every step of the way as the action takes a back seat. Their relationship is endearing and feels genuine. Bumblebee is portrayed almost like an innocent puppy. He’s goofy and doesn’t know his own strength, but none of the damage he causes is ever malicious. This is actually the basis for the majority of the humor in the film.

Bumblebee is eventually confronted by Decepticons that are hunting him down. This is when the action happens, and it’s amazing. Unlike previous films, the action scenes are clean and coherent. The movements of all Transformers involved are never hidden by an unnecessary amount of explosions or shaky cam. The fight choreography is elevated on all fronts. There is some martial arts influence in the combat, and at one point, Bumblebee does land a hurricanrana on a Decepticon. It’s clear that they wanted to retain a fun and playful element to the fighting while trying to keep the tone serious. 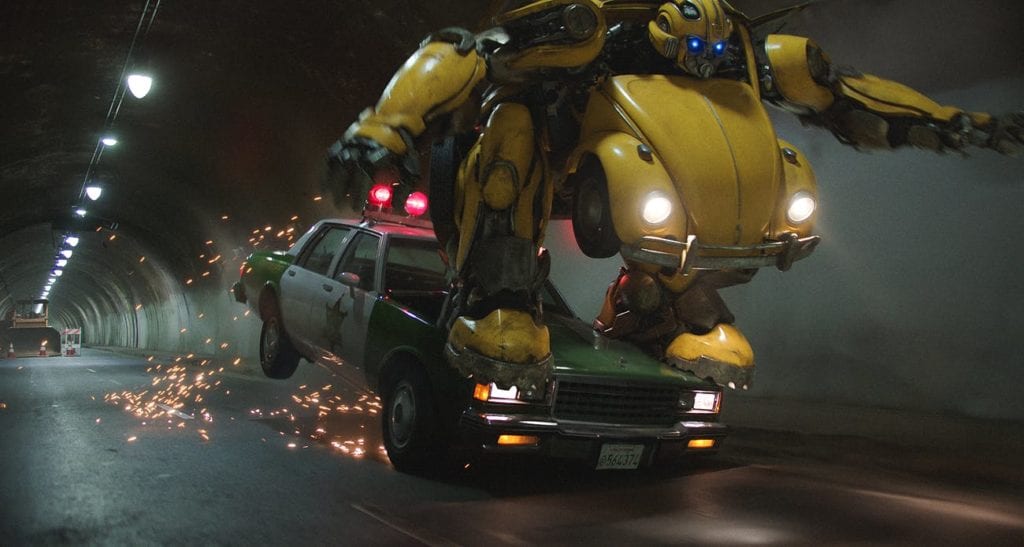 I can’t mention the action without talking about the scene that takes place on Cybertron. It doesn’t last long, but for those couple of minutes, the imagination of every Transformers fan out there is captured. It’s a glimpse at the Transformers movie that everyone wants to see, but we’ll likely never get. Watching Optimus Prime in his original design lead the Autobots to fight off the Decepticons in such a cool way is special. Maybe we’ll get to a point where we won’t need humans in the movie at all and an entire story can be centered around the Transformers and their struggles. A guy can dream.

I do wish that humans weren’t necessary in these films, but at least Charlie has some depth to her. She’s a fleshed-out character that deals with a lot of family problems. She’s still coping with the death of her father and has trouble accepting that her mother has moved on and found someone else. This makes her a pretty closed-off person, so Bumblebee showing up in her life is a way for her to make a genuine connection with someone. The only other human that really matters is Agent Burns. He’s a military guy that wants to get rid of all the Transformers. There’s very little depth to him at all, but his purpose goes beyond characterization. There’s an attempt in this film to tap into the 1980s in as many ways as possible; this includes a corny approach to filmmaking in certain aspects. Agent Burns is intentionally made to be the most over-the-top soldier with cheesy one-liners and a ham-fisted delivery. It’s quite entertaining to watch.

The acting is another area where the quality is elevated from the franchise’s norm. The cast is led by a strong performance from Hailee Steinfeld. She’s able to tap into these emotional moments with Bumblebee in a sincere way. John Cena plays Agent Burns, and I love every second he’s on screen. It’s clear that Cena is relishing this role because he buys into his outlandish character. I was also surprised by how good he is at comedy. They ask Cena to crack a lot of jokes, and pretty much all of them land. The voice acting is also solid. Peter Cullin is synonymous with Optimus Prime, and his performance is perfect yet again. Angela Bassett’s Shatter deserves some praise as well. It’s apparent how excited she was for this role because she brings a lot of energy. 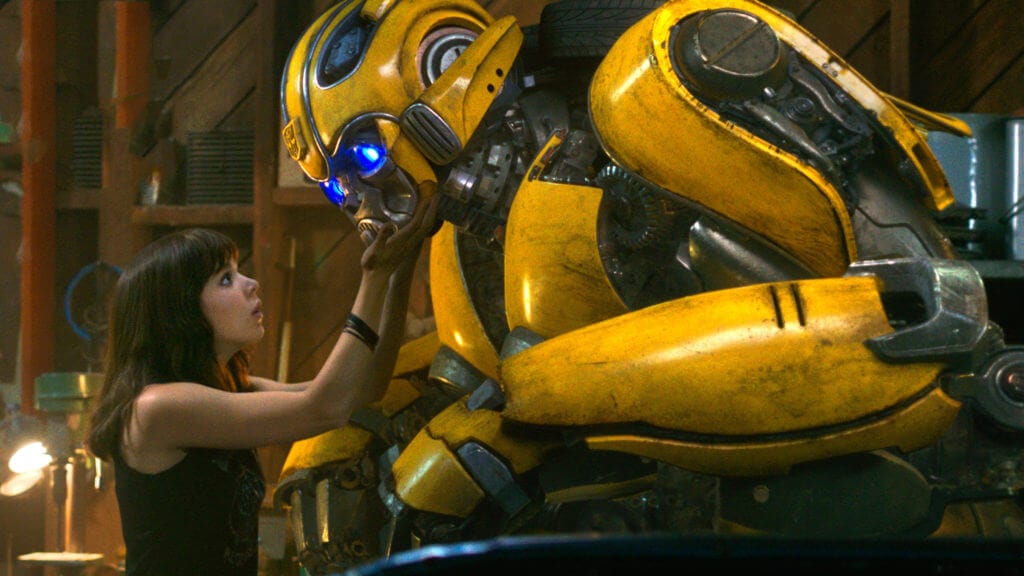 Travis Knight deserves a lot of credit for the success of Bumblebee. It was clear that he wanted to take this franchise in a completely different direction, and he did that by taking clear inspiration from Steven Spielberg. This movie screams Spielberg to me. There are easy comparisons to make between this film and E.T: The Extra-Terrestrial, and I say that as a compliment. To be able to capture that type of tone and keep the movie scaled back and as focused as it is takes a lot of talent. Knight’s decision to make everything about Bumblebee embody the 80s also gives it a unique charm. I’m aware that 80s nostalgia is the current trend, but I haven’t seen a movie attack that idea from so many angles. The score and soundtrack both find ways to stand out by tapping into influences that I’ve already mentioned. The score sounds like it was ripped straight from a Steven Spielberg film. The soundtrack is definitely 80s-inspired, and it might just include a song all Transformers fans know and love.

Bumblebee injects life into a franchise I thought had no chance of turning itself around. Travis Knight helped give Transformers an emotional depth that had been missing for so many years. At the same time, the action is an upgrade. Watching Bumblebee kick the crap out of the Decepticreeps is a joy. I enjoyed the characters, and I’m excited about where a potential sequel can take Transformers. By no means is this a perfect film, but it definitely has the touch.

Bumblebee effectively brings life back to a seemingly dead Transformers franchise. This is an improvement on all fronts from previous installments and proves that these characters can work within a narrative that doesn't rely on action for all of its entertainment. 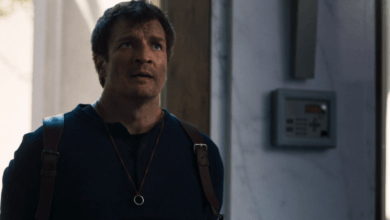 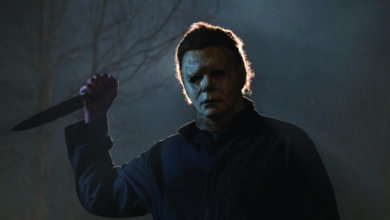 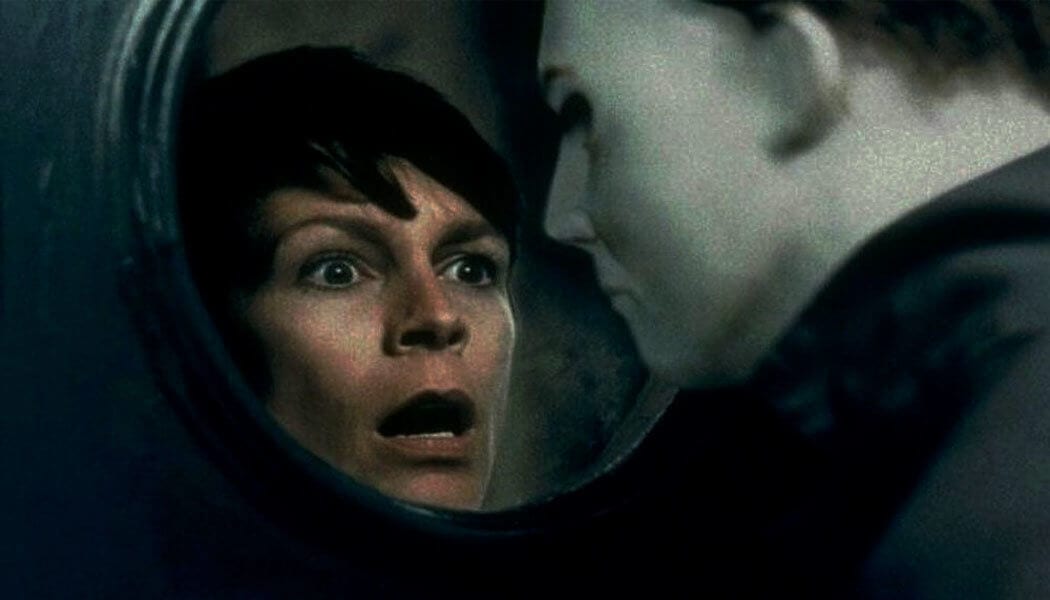 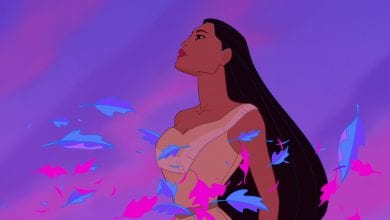