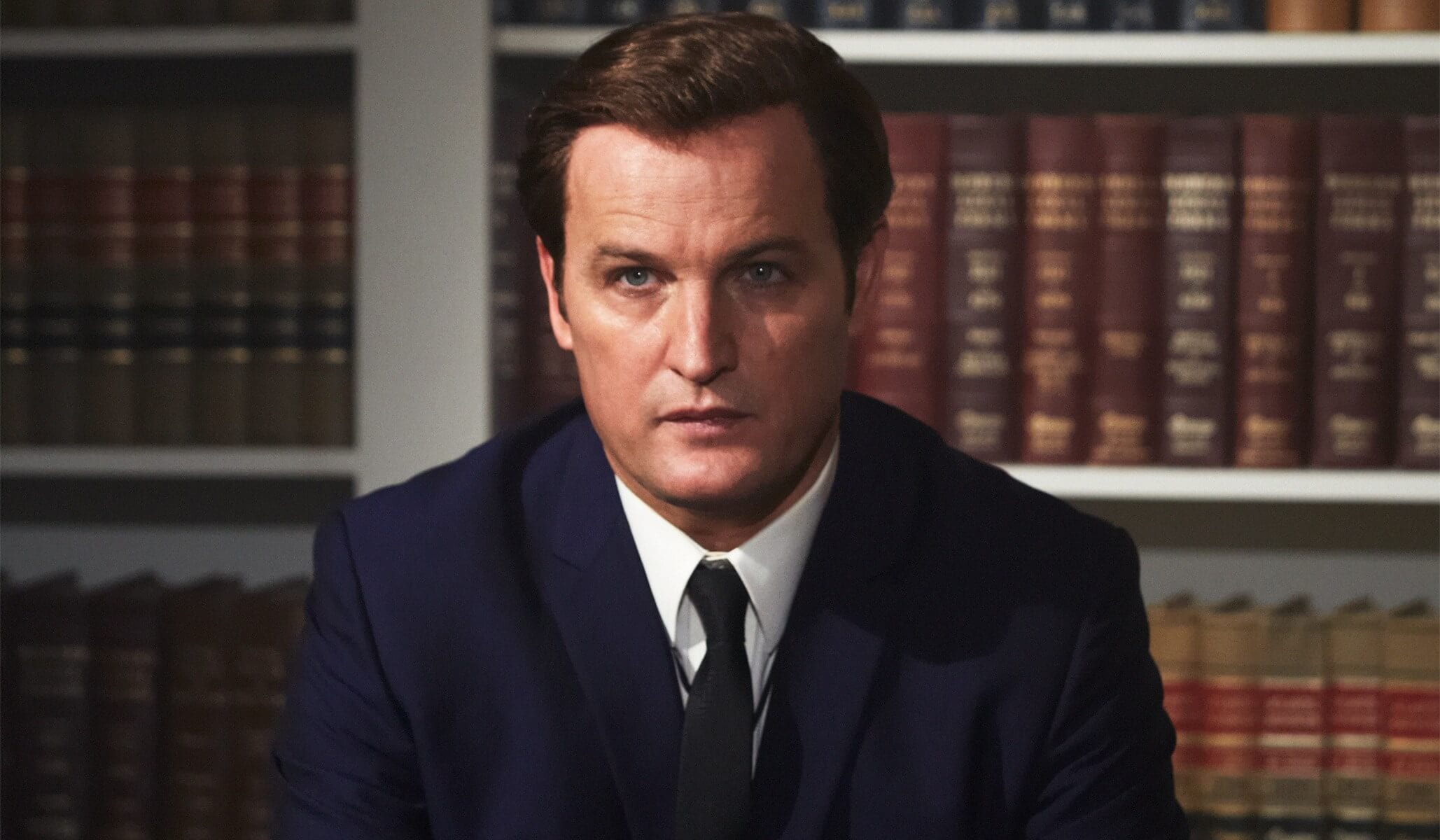 “This isn’t about opportunity; it’s about integrity.”

Ted Kennedy, younger brother of Jack and Bobby, was known as the Lion of the Senate. He famously championed bills for women’s rights, education, and the impoverished, and was the potential candidate Richard Nixon feared the most with regards to the 1972 presidential campaign. However, while he continued to be a successful senator, the Chappaquiddick incident obliterated any chances he had of holding this nation’s highest office. Despite having a brilliant political career, his legacy is permanently tainted by this tragic event.

John Curran’s Chappaquiddick tells the story of a July night in 1969 when senator Ted Kennedy drove his car into Poucha Pond on Chappaquiddick Island, killing campaign strategist Mary Jo Kopechne. The story begins when Kennedy has a party on Martha’s Vineyard. Guests include his lawyers and several female aides from Bobby Kennedy’s campaign. Everybody’s drinking and having a good time until Ted decides he and Mary Jo should go for a drive to the beach. Ted’s reckless driving takes them over a bridge and into the pond, where Mary Jo dies as Ted somehow escapes. Despite urgings from his lawyers to report the accident immediately, Ted goes to his apartment and falls asleep. Chaos ensues as the body is discovered inside a car hours later. Now it’s a race against the media to make sure the story favors Ted as much as possible.

What’s interesting about this movie is that it seems very grounded in reality. It presents the facts of the case without either condemning or defending Ted Kennedy. A couple of scenes are more or less improvised since we can’t be sure exactly what happened, like the scenes where Ted and Mary Jo are alone. The acting is really good, but what surprises me about it are the actors chosen. Ed Helms and Jim Gaffigan are both playing against type as Ted’s loyal lawyers. I had no idea Clancy Brown was even supposed to be Robert McNamara until the credits; I just assumed he was one of Joe Kennedy’s cronies. Jason Clarke doesn’t particularly resemble Ted Kennedy, but he’s excellent in the role. Kate Mara as Mary Jo is the only one that sounds par for the course, and naturally she isn’t in the film much.

While Clarke carries the dramatic weight of the film, Ed Helms is fantastic as Ted’s cousin and lawyer Joe Gargan. He’s the only truly likable person in the film, and repeatedly urges Ted to do the right thing. As a member of the audience you find yourself agreeing with Joe, and it’s extremely frustrating to watch Ted make reckless and self-interested decisions over and over. In one scene Joe Kennedy’s advisors are formulating ways to make Ted appear sympathetic to the voters and press, and Gargan shouts that Ted isn’t the victim here. The film lets you draw your own conclusions about these people and the situation, but there was something bothering me the whole time. Ted and almost everyone around him spend the better part of the film worrying about his career and public image. Even Mary Jo’s parents don’t seem that upset and don’t blame Ted for what happened.  The film creates this uncomfortable atmosphere where everyone ignores the elephant in the room. 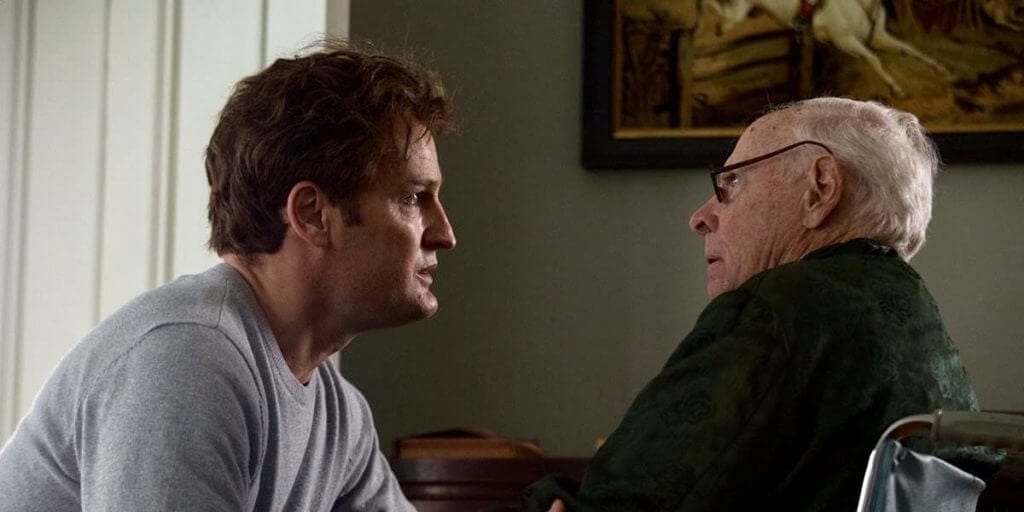 The film is very human in that way. You can see how Ted tries to frame himself as a victim or some kind of survivor so he can still see himself as the good guy. He tells the Kopechne family that he did everything possible to save Mary Jo. Markham and Gargan are the only people who ever really call Ted out for what he did and the position he’s put them in. In not reporting the accident immediately, he made them complicit in his negligence. Another particularly egregious example is when he wears a neck brace to Kopechne’s funeral despite being uninjured. His own lawyers and his father’s lawyers all advise against wearing it, but he does it anyway. The press and the people see right through it. The entire movie is Ted putting people in various bad positions ranging from crime to death, and then trying to present himself as a victim.

Near the end of Chappaquiddick, Ted petitions Joe to write him a letter of resignation to read live on the air. Meanwhile, Ted Sorensen writes a completely different letter that paints Kennedy in a more positive light, appealing to the voters to decide if he should remain in office. The film culminates in Ted, sitting at a desk in front of a camera crew, confronted with both letters. One last time, Joe Gargan implores him to do the right thing, to come clean and resign. Ted counters with the argument that he’s made a mistake, but so does everyone, that even Joe has flaws and everyone deserves the chance to move on and try again. It almost seems like a compelling argument, until you remember that this particular mistake resulted in the death of a young woman with a bright future. It seems uncertain for a moment which speech Ted actually intends to deliver, but he gives in to his worst self again and gives the ego-stroking, self-serving speech asking the voters to forgive him. Unable to bear the lack of integrity inherent in Ted’s behavior, Joe leaves and cuts his ties to the Kennedy family. 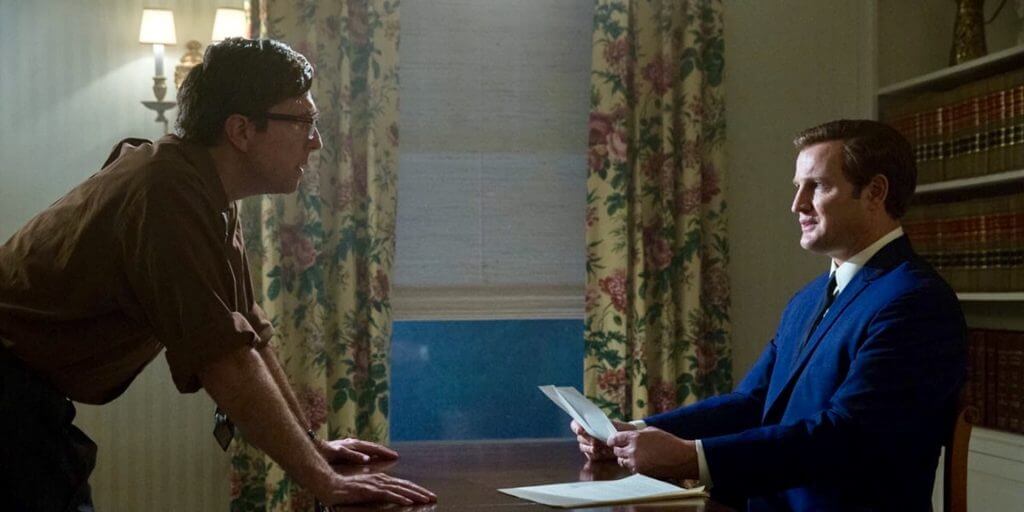 Going in I didn’t know a whole lot about this story. This isn’t the type of movie I normally go see in the cinema; I actually chose to see it because I had a free ticket available and thought my husband would enjoy it. However, I’m really glad I saw it. Chappaquiddick is interesting, complicated and the cast is unique for this type of movie. If you have an interest in American politics and history, I’d say this one is a must see.

Chappaquiddick is interesting, complicated and the cast is unique for this type of movie. If you have an interest in American politics and history, I’d say this one is a must see.