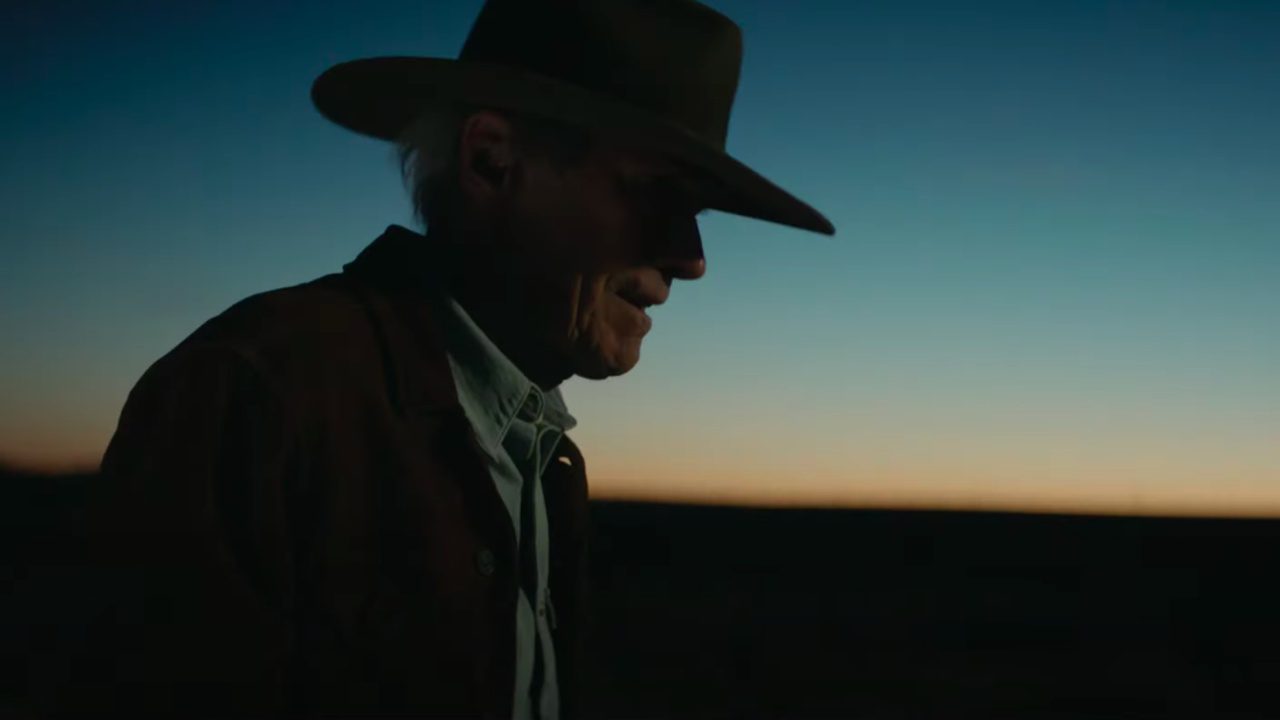 Cry Macho would make for a good double feature with The Grey. It’s a movie about masculinity, but not in the way you’d expect, especially with Clint Eastwood as its star. It isn’t about grit, survival, and facing your mortality like Joe Carnahan’s film, but about maturity, kindness, caring for those weaker than yourself, and knowing enough to know what you don’t know. It’s also a sweet, melancholic, and all too human drama with subtle, fantastic performances from veterans and newcomers alike.

Mike Milo (Clint Eastwood), a washed-up former rodeo star, is asked by his old boss (Dwight Yoakam) to travel to Mexico and liberate his teenage son from what his friend assures him is an abusive mother. Mike finds the boy, named Rafo (Eduardo Minett), not at his mother’s luxurious estate but at a cockfight that’s about to be raided by the police. On the way to Texas, he finds himself becoming more to Rafo than just a ride across the border and shows the wayward youth the limits of a macho lifestyle and the benefits of learning the finer points of being a man.

Cry Macho is steeped not just in Western iconography but in Clint Eastwood’s. People are drawing comparisons to Bronco Billy, and that’s understandable, but there are shades of Unforgiven, The Outlaw Josey Wales, Gran Torino, and maybe some others throughout. It’s not a direct copy of any of those films, though; Cry Macho is much smarter than that, examining old themes in a new light and with a fresh perspective. (As this is based on a book that was written in the 70s, I can’t say for sure it was intentional, but I saw what I saw when I saw it.) An early shot has Eastwood become a silhouette against the Texas sky, evoking the iconic cowboy image no one else can embody half as well as he can, but frail and hunched, showing an icon on his last legs, surviving in a world that’s moved on, for better or worse.

Symbolism like that permeates Cry Macho, with every single character and prop thematically important. The rooster, Eastwood’s cowboy hat, the beverages each character drinks, even the cars are all there for a reason, telling us in small ways what these people are feeling and what the universe is trying to tell them. And for all that, Cry Macho is a quiet, leisurely movie more interested in letting people be people than in devising any set pieces or grand reckoning. Later on, this becomes a slight detriment, and a couple of scenes lack the impact they needed, but in general, it’s nice to spend a quiet couple of hours with regular people just living life. The music compliments this well, with quiet twangs suggesting characters at crossroads, contemplating where they go from here as they stare off into the horizon or just eat breakfast together. 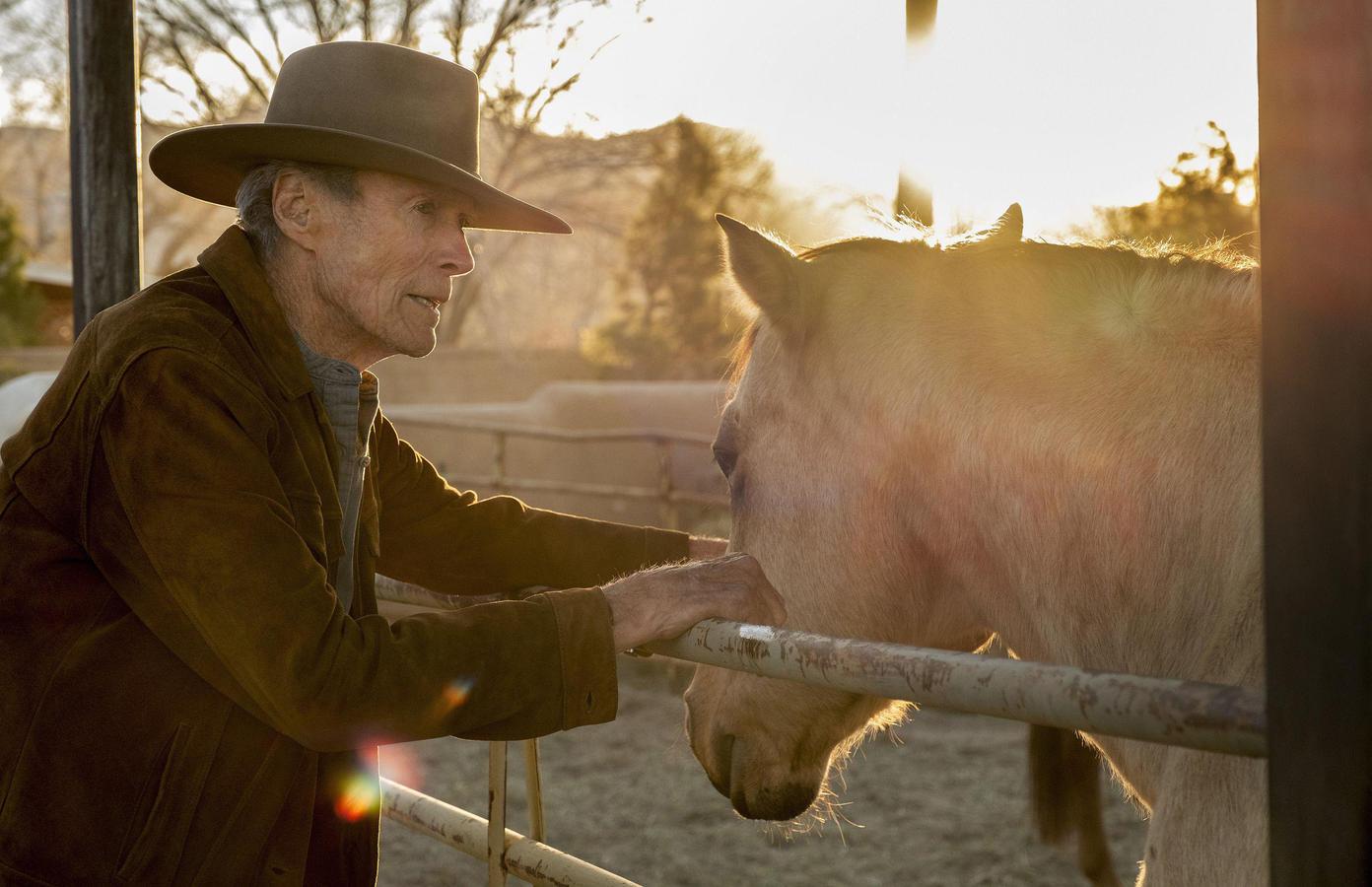 That’s relayed perfectly in the performances. Hollywood has been trying to bring Cry Macho to the screen for decades, but now that it’s finally been made, it feels like only Clint Eastwood could have done it. Aside from his sure-handed direction – he lets those quiet moments breathe, keeps the symbolism subtle rather than ostentatious, and knows just how to shoot something as simple as a dance to make it look both natural and ethereal – Eastwood imbues Mike Milo with the weight of his lifetime of hardships. It’s such a meticulous performance that it isn’t until about halfway through the movie that you realize what he’s doing; the detached, almost bored Mike starts to come alive through his journey with Rafo and the other folks he meets along the way. All of a sudden, you begin to notice the famous twinkle in his eye, and he starts making more of those patented Eastwood one-liners, and you remember why seeing this legend on the screen is magic every time.

But it wouldn’t work without the right support, and Cry Macho gives Eastwood that in spades. Eduardo Minett is so good, I’d say his performance equals Eastwood’s. He never goes the expected route, never lets Rafo become a stereotypical angry young man. He’s hurt, and he clings to being macho early on, but all he needed was someone to show him another way, and he finds that in Mike. And not only does he have some things to teach Mike as well, but they’re not the usual trite nonsense; Rafo’s appreciation for a macho lifestyle may be naïve and shortsighted, but it isn’t necessarily a complete wash. I hope this is a springboard for Minett because he’s wonderful. 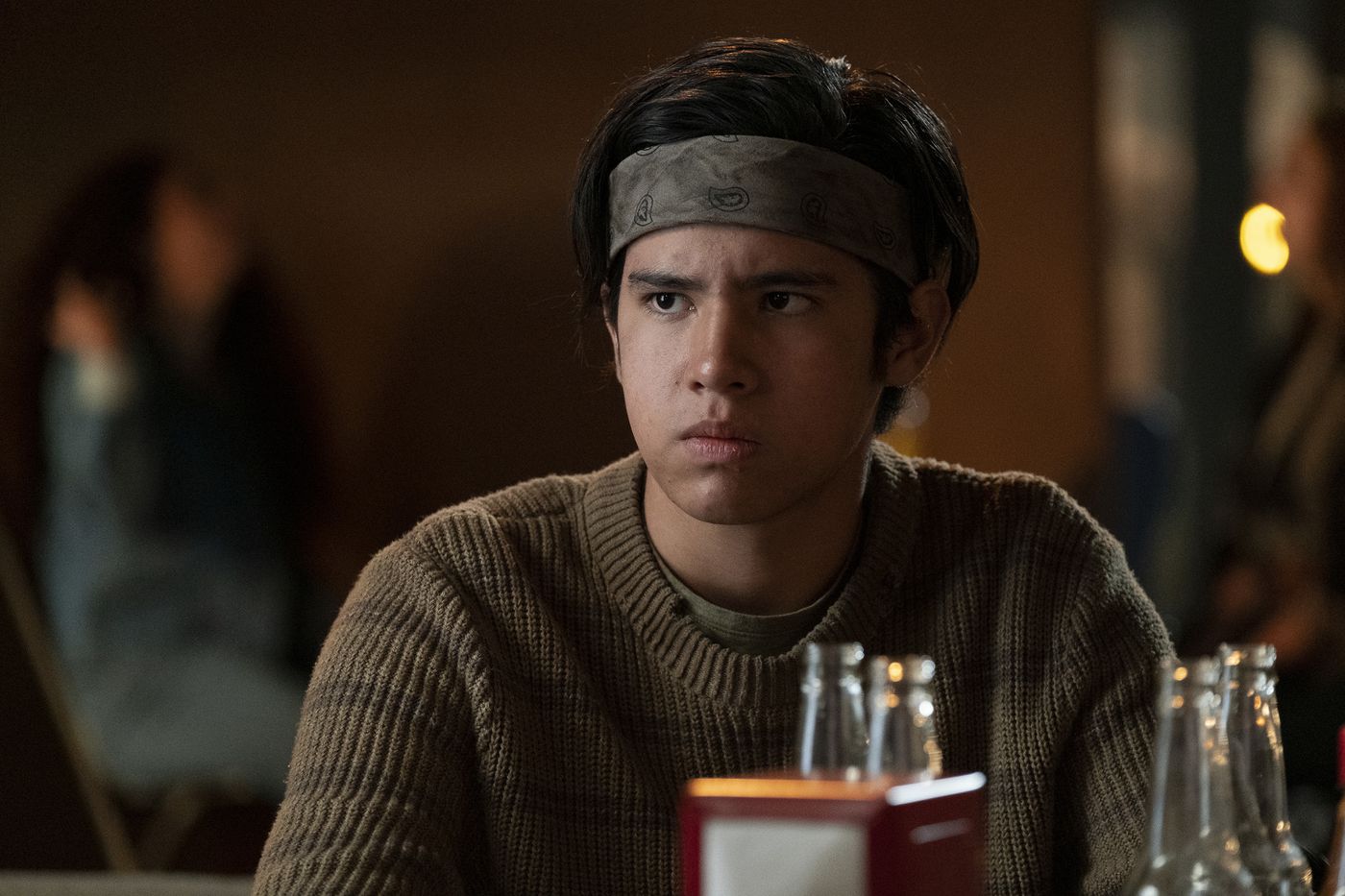 So is Natalia Traven, who plays Marta, a restaurateur who’s much more important to Cry Macho than she initially seems. Traven has so much genuine warmth that she makes you instantly fall in love with Marta. But her humanity keeps the character from becoming a plot device, as does a perfect line of dialogue she repeats several times – each time with confidence, but without anger or something to prove. I was amazed to see how few acting credits Traven has to her name; she deserves to be better known. Dwight Yoakam is fine in a thankless role, present mostly because he’s a familiar face and can shift from making you like him to making you want to punch him with ease. Fernanda Urrejola also has a thankless role, but it’s got more life than Yoakam’s, and she embodies it with relish. She has the perfect sexuality her part demands, radiating a hint of danger that makes her all the more enticing. Eastwood has a gift for casting his movies, and Cry Macho proves it further.

Cry Macho is a moving little film about broken people finding a reason to keep going at different points in their life. The plot takes its time and is, ironically, too quick in a couple of places, but it’s filmed perfectly by a seasoned veteran, steeped in symbolism, and brought to life by an excellent stable of actors. A slow, intimate drama like this isn’t going to be everybody’s cup of coffee (this is a Clint Eastwood movie; we don’t drink tea here), but if you feel like whiling away an afternoon with some genuine-feeling people, you’ve come to the right place.

Cry Macho is a moving little film about broken people finding a reason to keep going at different points in their life. The plot takes its time and is, ironically, too quick in a couple of places, but it’s filmed perfectly by a seasoned veteran, steeped in symbolism, and brought to life by an excellent stable of actors.