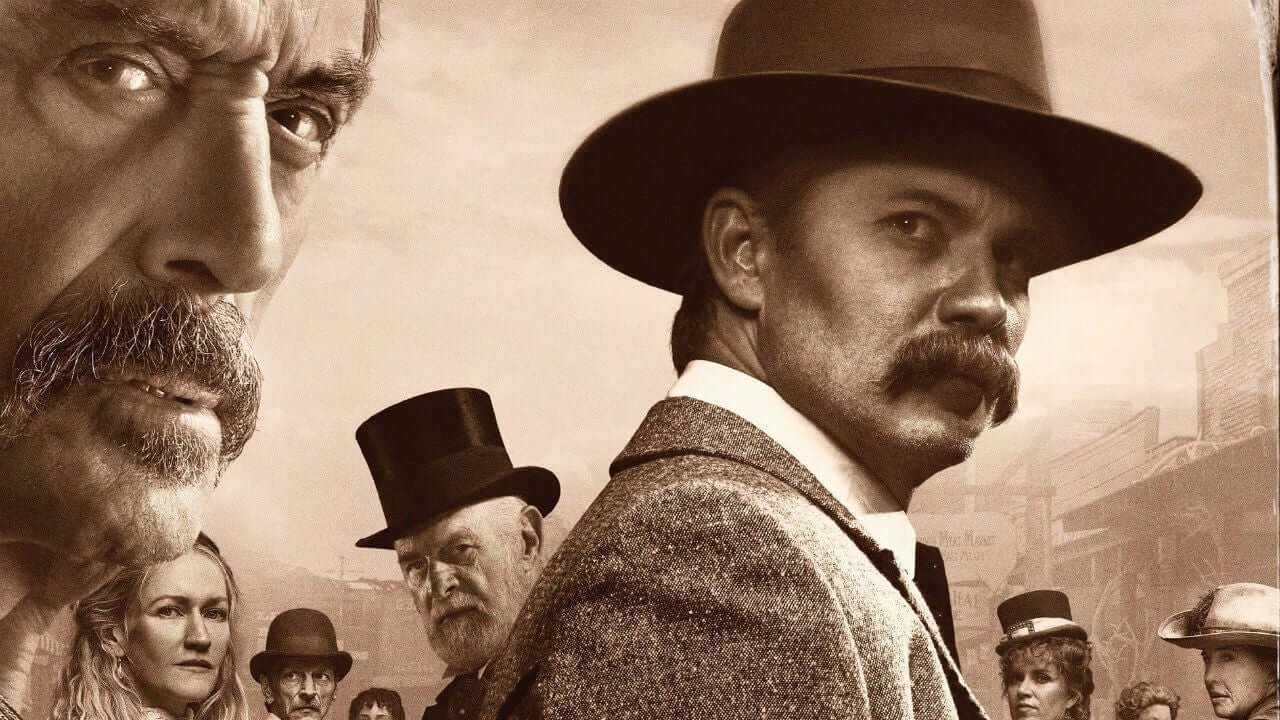 Over the last several years, revivals have become popular in the hallowed halls of Hollywood. From ABC’s  The Connors to the most recent Netflix iteration of Lucifer, fans have flocked to these projects in an effort to capture the feeling of nostalgia many of these properties provided. The latest benefactor of this nostalgia is the continuation of HBO’s iconic Western series Deadwood. Set in the titular mining camp of the 1800s, the show centered on the daily lives of  Western figures such as Seth Bullock, Al Swearengen, the legendary Wild Bill Hickok,  and myriad other characters, fictional and not. Despite this odd melting pot of personalities, they all fit together courtesy of creator David Milch, who got his start working on the iconic police drama Hill Street Blues. While Milch is known for a variety of projects throughout the years, it is Deadwood that remains his most famous work. There are a multitude of reasons, from the almost Shakespearean dialogue to Ian McShane’s iconic performance as Swearengen. As a result of this, the show won 28 Emmys over its three-season run. Unfortunately, these accolades weren’t enough to earn the show an official pickup for a fourth season, though there were plans for a pair of television films, a format at which HBO excels. However, as time went on, the idea of a continuation seemed far more fantasy than potential reality, with several cast members moving on to other projects, most notably Seth Bullock actor Timothy Olyphant in Justified and, more recently, McShane starring as Mr. Wednesday in Starz’s adaptation of Neil Gaiman’s American Gods. But despite McShane’s words to the contrary, Deadwood never seemed dead, and on October 5 of last year, the long-awaited film simply titled Deadwood: The Movie finally entered production, notwithstanding a certain degree of reluctance from Olyphant.

The film picks up a decade after the show ended. The idea of revisiting our beloved characters ten years later was intriguing to me. I always love when finales do this because it enables the viewer to experience something different from the original show, yet also provide another visit with the characters we’ve come to know over the course of the series’ run. Deadwood being Deadwood, this idea is taken to its fullest potential in the movie. In a lot of the press for this film, the cast and crew discussed how it is about the passage of time, and while that theme is definitely present in Deadwood: The Movie, I would also argue it’s about new beginnings. Times change, and so must the populace of the titular mining camp; as we get older and shed the veneer of youth, we see things in a new light – or perhaps as they’ve always been. This is one of the ideas that permeate Deadwood: The Movie, which serves as a reminder to me of what Deadwood did best and how much I missed the world this show created and the characters who populated it.

It is the latter that makes the film so great, and it provides opportunities for several of the characters to fulfill their arcs, something of which they had been deprived thanks to the untimely end of the series. As a result, several of the actors get to shine in ways that arguably transcend the film’s progenitor. Of particular note, of course, are Timothy Olyphant, Ian McShane, Paula Malcomson, and Gerald McRaney, the last of whom has reached a new audience in recent years via This is Us. When the NBC show first premiered, I couldn’t believe that McRaney was playing a grandfatherly type, having watched him over and over again as George Hearst; however, when he first showed up  on the screen in Deadwood: The Movie, it was as though no time had passed and he was able to inhabit the sinister senator without missing a beat. Special mention must also go to Robin Weigert, who I would argue has the most complete arc of all the characters. I had an incredible sense of excitement watching her iteration of Calamity Jane Canary strut across the screen, and it almost made me wish HBO would consider a spinoff with the character, though historical deviations might make that difficult. That being said, Deadwood has always played fast and loose with history to enhance the narrative. Yes, some things are true, but I’ve always felt stories like this could more or less serve as an impetus for the audience to research the real history behind the drama playing out on the screen, something which I highly recommend doing. 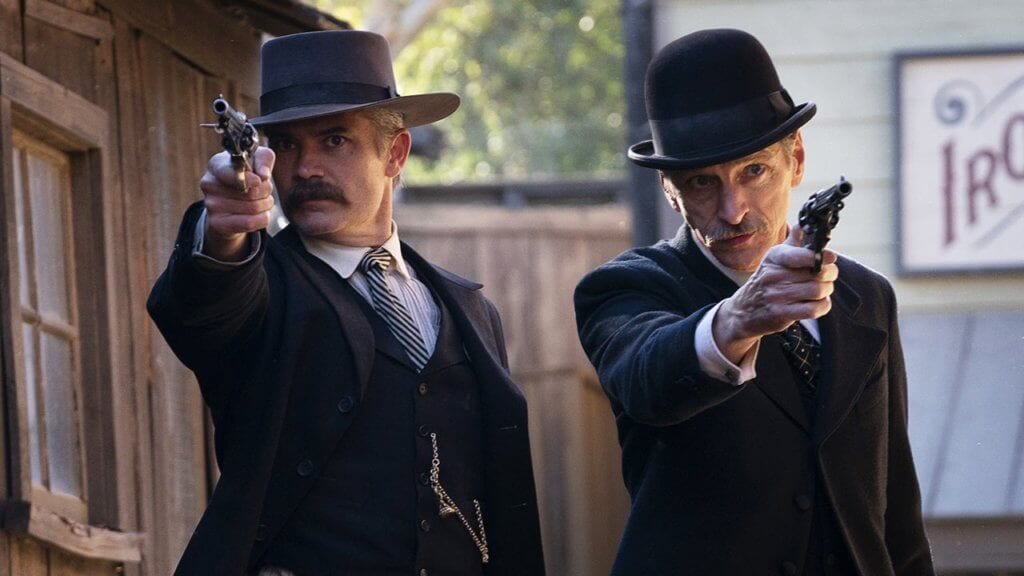 Despite the lack of accuracy, I would not have this film any other way, and a lot of that is down to the legendary David Milch. While Milch is careful to illustrate how things are different for the town ten years on, he does a great job of reminding us what Deadwood was at its best: a story of a community coming together amid antagonistic relationships and bloodshed. Love of the town and the love between its denizens is what forms the backbone of the show. Reinhold Heil and Johnny Klimek’s score recaptures the ambiance of the series and sends us right back to town, ready to see what our favorite characters are up to this time. Director Daniel Minahan – who helmed four episodes of the original show – does a great job here, and reminds the audience of all the town’s old haunts (showcasing the great work of returning production designer Maria Caso), illustrating the aesthetic changes the town has gone through since the season 3 finale. If there’s one complaint I have, it’s that I wish we had just a bit more time in this world, but once again, as Milch is wont to remind us in his own unique way, time goes on and, much like the characters, so must the audience.

Deadwood has always been a show about second chances, and now, thanks to this age of nostalgia, HBO has granted the cast, the crew, and the audience a chance to say goodbye. Now, whenever a devoted hooplehead rewatches the show, they’ll be able to know a true conclusion to this saga awaits them at the end.

Deadwood: The Movie is a satisfying ending to the characters' journeys, capping the story in a way that compliments the show. A little more time would have been appreciated, but it's a pleasure to be in this world again.