The first season of Doom Patrol left plenty of loose ends for its follow-up to focus on. How would everybody get back to normal size after shrinking to fight Mr. Nobody inside the painting? Would Rita ever gain control of her unique anatomy? How can the team ever forgive the Chief after his dark secret was revealed? Although personally, the suspense of what Dorothy looks like was killing me. In the last episode of season 1, Dorothy was only ever shown from behind. Her mother looked like a hairy caveman and Niles a normal human, so she could be either or anywhere in-between. It took a while to connect with me, but that first season succeeded in getting me invested in the characters. As such, I went into Doom Patrol season 2 with moderate expectations. Let’s have a look.

At the beginning of Doom Patrol season 2, the crew (except Larry) is minuscule after their fight with Mr. Nobody. Jane turns to drugs to cope, Cliff beats up the Manor’s rats, and Vic trains Rita to master her abilities. Niles and Larry’s attempts to rectify the team’s tiny size through scientific means keep failing, and Rita suggests trying a magical solution. The Chief reluctantly hands his necklace that grants eternal life to the group’s frenemy, Willoughby Kipling, to make everyone normal-sized again. This leads to trouble, as Niles is out of time without it, and the team isn’t thrilled about potentially having to babysit Dorothy until the end of time. Meanwhile, Jane’s other personalities grow tired of having her in charge. Rita, Cliff, and Jane search for an individual named Dr. Tyme who may have the answer to Niles’ problem. A mysterious entity from Niles’ past returns to haunt him, as well as Rita and Larry. Jane accompanies Cliff to see his daughter to patch things up, but things go South. The Dannyzens come to Doom Manor for a party to revive Danny after they suffer an accident. Dorothy and Baby Doll become friends, but their games turn deadly. Niles considers upgrades to restore some of Cliff’s lost humanity. Rita joins Larry on a trip to see his son. Dorothy runs away, and Cliff and the Chief go looking for her. Jane attempts to prove how valuable she can be to the Underground. The Chief takes Dorothy out for a memorable last day together while she hides a potentially world-ending secret from him. To save Dorothy and the Chief, the entire team must reckon with demons from their past. 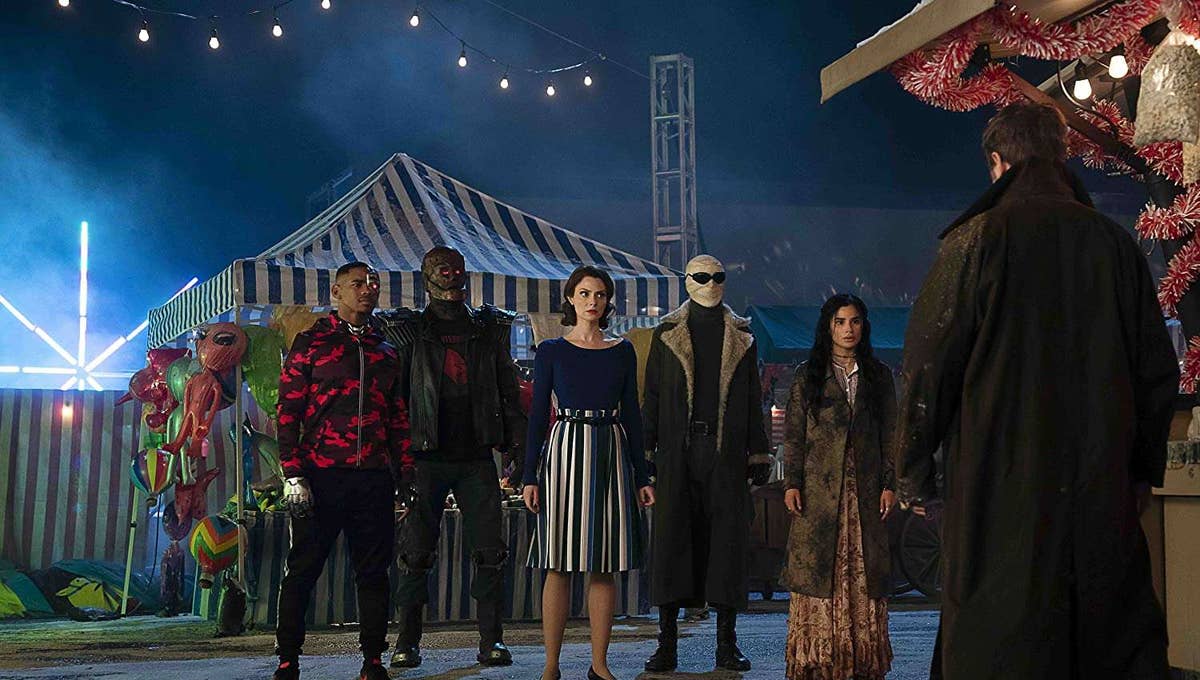 Season 2 of Doom Patrol has all the wackiness of season 1 without as much filler. I’m not sure why season 2 is so much shorter at 9 episodes as opposed to season 1’s 15 (though I suspect it’s COVID-related), but I think it works to the show’s advantage. I liked season 1 well enough to continue the show (obviously), but it really took its time to get going. There’s a lot of filler in season 1, and I thought they dove into the flashbacks and backstories a little too often for a first season. Another significant improvement comes in the form of Timothy Dalton’s Niles Caulder being given more to do. He was missing for most of season 1, appearing sporadically as the group searched for him. It’s hard to say I like the Chief given everything we and the other characters now know. However, Timothy Dalton is one of the main reasons I decided to watch the show, and his screen presence is undeniable. The Chief is one of the most complex characters on the series, and I like that I can’t decide whether I like him or not. It’s usually pretty cut and dry whether I like a character, so it’s a welcome surprise to have to constantly debate myself on this. Jane’s alternate personalities remain annoying throughout season 2, and actually get worse, especially near the end. I’ve come to quite like Jane as a character, but I wish we didn’t have to put up with her other identities. I know that would undermine the character, and she wouldn’t really work without them. Still, I’m tired of characters like Hammerhead and Scarlet Harlot. 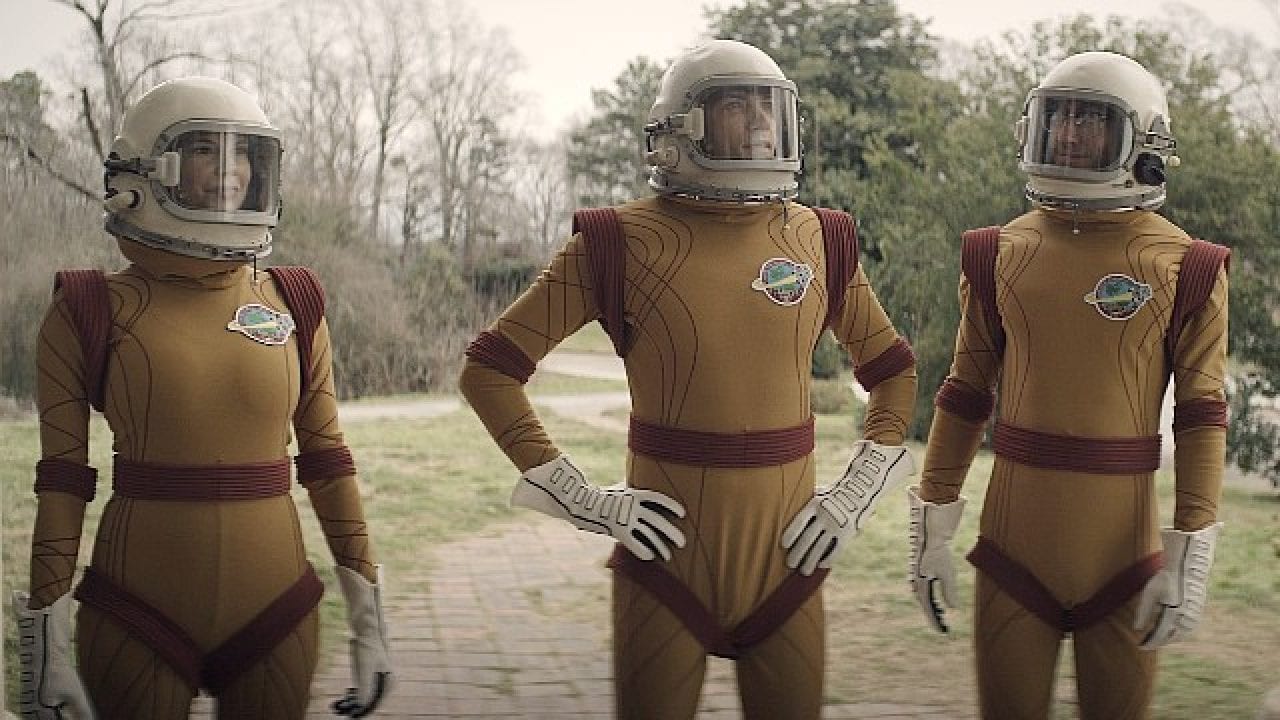 That being said, I love how Doom Patrol season 2 expands on the theme of family season 1 hinted at. This time, we get to see more of the makeshift family of the Chief, Dorothy, and the individuals who are simultaneously his creations and his victims. The show also dives deep into the team’s real families. Season 1 already explored Vic’s complicated relationship with his scientist father, and it toyed with similar storylines for the rest of the Chief’s freaks. But this time, it’s all in as Cliff gets a second chance with his daughter, Rita faces her issues with her mother, the Chief prepares to say goodbye to his one biological child, Larry tries to reconnect with his son, and Jane reckons with the past. I really like the bond that develops between Jane and Cliff. He sees her as a stand-in for his daughter and wants to protect her, even if this doesn’t always work out for the best. Larry and Rita are the closest out of the group, having been together the longest and behaving like siblings. I also enjoyed the storyline where Vic trains Rita. Dorothy’s story was probably my favorite this season; this girl’s life is a constant series of ups and downs, and it’s impossible not to feel sorry for her. Her father doesn’t want her to grow up, and even though there’s a real, practical reason here, it’s understandable how that would cause tension. Her “imaginary friends” are all creepy and cool, and I like how the show differentiates them from Jane’s personalities. These easily could have come off as two very similar things; in fact, Dorothy comments on that at one point in the show. The whole team ends up loving Dorothy by the end, coming to her rescue instead of blaming her for the unfortunate circumstances surrounding her. I hope they find a way to extend the Chief’s life in season 3, although they could turn this into a lesson on what immortality really means. 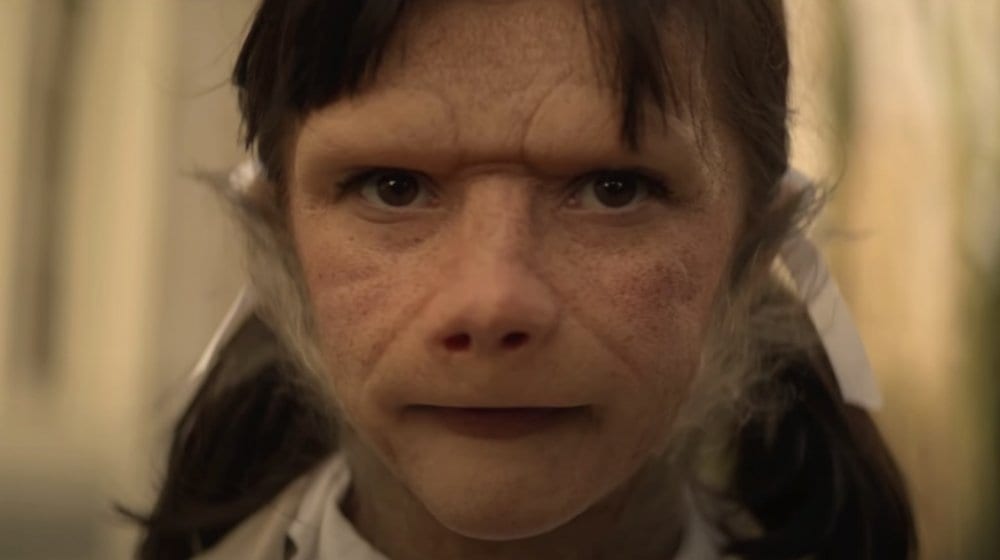 The acting this season is excellent, and I’d say a bit better than season one. All the actors unsurprisingly click a little better here, and I thought they were already pretty great. Diane Guerrero is seriously amazing as Jane and all her personalities, no matter how annoying they may be. April Bowlby is still delightfully anxious as Rita, and Timothy Dalton has plenty of scenes to show off his seasoned talents. Cyborg’s storyline isn’t my favorite this season, but Joivan Wade continues to be pretty great in the role. Matt Bomer as Larry and Brendan Fraser as Cliff shine the most in scenes with people from their past, like John and Cliff’s daughter.

Doom Patrol season 2 is a significant step up from season 1. The narrative is tighter, the Chief has more to do, and Dorothy’s story is endlessly engrossing. The ending is a little rushed, and I still don’t like Jane’s altars, but overall, this is a great season.

Doom Patrol season 2 is a significant step up from season 1. The narrative is tighter, the Chief has more to do, and Dorothy’s story is endlessly engrossing. The ending is a little rushed, and I still don’t like Jane’s altars, but overall, this is a great season.

Yes, there was supposed to have more episodes but due to Coovid they cut it, so the “ending” we got was not exactly as was planned. Great series, it does have a LOT of things SJW say they defend, but in this case, because the directoors and actors do not keep preaching about it, but instead they have a GREAT story instead, they ignore how amazing this series actually defend LGBT – the story for negative man is one to break your heart, even when being a straight “white” (1/4 black) man.

Negative man is biracial? And I completely agree, the representation is handled so well in DP because they let the story speak for itself. And thanks for the tidbit about the lower episode count, that makes sense.