"Larry's got a baby, Vic's depowered and Jane's head is empty!" 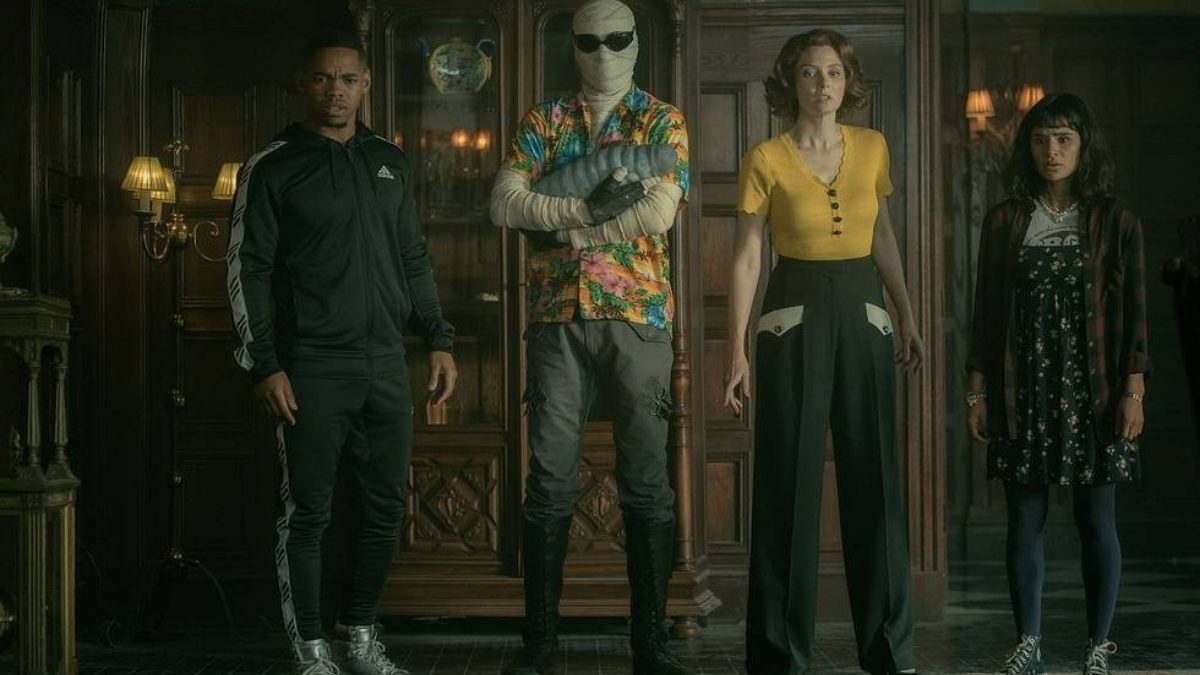 “Evil Patrol” opens in 1917 as Shelley and Laura help Rita learn to express herself. In the present, Rita confronts Laura about the lies and what she did to Malcolm. However, when Rita finally throws a punch, Laura turns into a bird and escapes. Larry has a nightmare about Cliff and Jane criticizing his parenting skills and taking his radioactive worm away. When he wakes up, he finds that the worm felt the dream too, just like his Negative Spirit used to. Silas tells Vic that he missed his first varsity football game because a S.T.A.R. Labs security guard wrongfully detained him. He says that the reason he made Vic into Cyborg was to protect him. Meanwhile, Kay tells Jane she wants her life to be like when she was in the sweet shop. Laura tries to rejoin the Brotherhood of Evil. Rita tells Kay about the Brotherhood. Rita and Cliff are shocked by Vic’s appearance, and nobody except Larry is happy to see Kay instead of Jane.

Laura convinces the Brain to help her destroy the Doom Patrol. Just as Cliff agrees to help Rita against the Brotherhood, he’s distracted by Clara’s arrival at the Manor. The Brain requires Laura to go on one more mission before helping her. Clara wants to take Cliff to the doctor. Kay and Vic bond over their newfound freedom. She asks him to interview her like Niles used to do her personas. Larry finds Rita packing to go after Laura. Rita suspects that Clara is Laura in disguise, but baby Rory ends up being the shapeshifter. Laura kidnaps Cliff, and Rita promises Clara they’ll get him back safe. Jane takes control of Kay’s body. Cliff wakes up with the Brain, who wants his body. The Brotherhood turns on Laura, injecting her with a tranquilizer. She wakes up on a stretcher, looking up at the Brain in Cliff’s body. Larry pushes Rita to tell the Patrol the truth about why they’re after Laura. In the Underground, Kay is frightened and discovers that she does have powers. Her scream causes devastation in her head and the outside world. 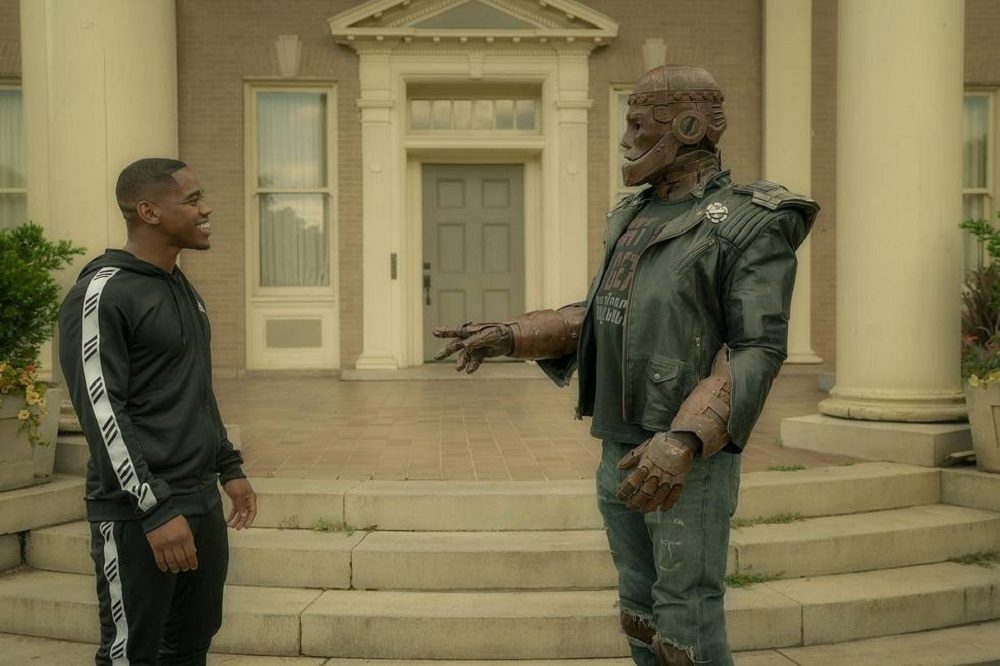 There are a lot of great things happening in “Evil Patrol.” This is my favorite appearance of Silas so far, probably because “Evil Patrol” really digs into his motivation. It’s valid to ask why a parent would turn their child into a machine when other options are present, and Silas’ monologue here is powerful and beautifully worded. I’ve always liked Vic and enjoyed his story for the most part, but this is the first time I’ve connected with these two characters to this degree. Silas says he chose this life for his son to make him into something that could never be torn down. This was meant on the personal level, as in keeping him safe. It works in that way and in the sense that Cyborg was more than a person or a machine. He was a symbol. “Subconscious Patrol” went a little heavy with the political messaging in Vic’s story for my taste, but “Evil Patrol” almost makes me question that. Vic’s choice and ongoing pursuit of autonomy and freedom are completely understandable. But this episode makes personal what seemed a little pandering last week in a brilliant stroke of writing. 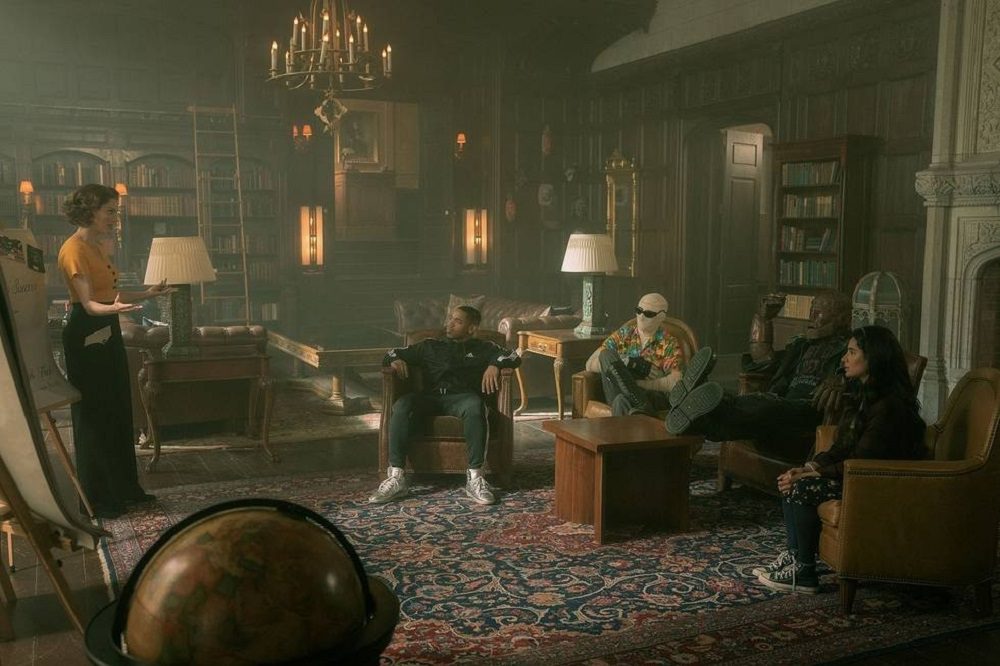 Speaking of Vic’s newfound freedom, I absolutely love his scenes with Kay in “Evil Patrol.” He comments that he never noticed how similar their subconsciouses were until now, and I have to echo that. I never thought of Kay (or Jane) as having much in common with Vic, aside from having abilities that turn them into “freaks.” But now that both are free from the controlling entities in their lives, they have fantastic chemistry, much better than Vic has with Jane. Kay’s wish to be interviewed by Niles is touching and sad. Because Jane is a member of the team and a main character, I never thought about how Kay felt about Niles or anyone else in Doom Manor. This speaks directly to her complaint that she isn’t given enough control of her life. Kay is literally in the background of her own mind most of the time, a bit player in her own life. Ironically, this may spell doom for Jane, the only persona who ever tried to help Kay in a meaningful way. The other alternates were like jailers, detaining the girl out of sight while Jane actually wanted her to get better and regain control. 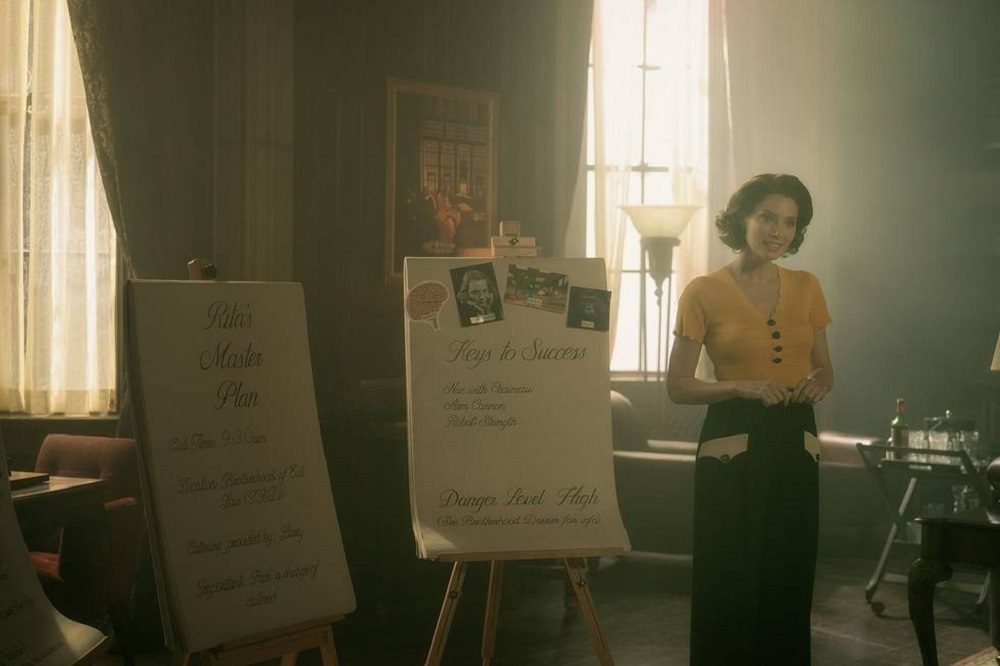 Vic’s new body has essentially made him irrelevant to the team, as I feared it would, relegating him to Googling info on his laptop to help. This is another thing he shares with Kay; in their “true forms,” they don’t have powers and are useless to their friends. This is a rather dark notion, that in choosing the lives they really want, both become obsolete and lose their hero status. “Evil Patrol” initially makes it out like some of the Patrol got it easier than others with their new lives, but I don’t think that’s the case. Larry initially seems happy with his baby space slug, but it attacks him whenever it feels pain or threatened. This happens regardless of whose fault it was; Larry is with the wrong group of people if he needs peace and quiet. Cliff’s situation is awful and much worse by the end of the episode. I wonder where his brain is now and how exactly this situation can be rectified. When they get the Brain out of Cliff’s robot body, I hope they destroy him/it. Rita is consumed by a lust for revenge, and I doubt she will get any such satisfaction. The Brotherhood of Evil seems to be doing away with Madame Rouge on their own, the logical result of teaming up with a self-described evil Brain.

“Evil Patrol” is an excellent episode of Doom Patrol. I love the episode’s themes of personal choice vs. what’s good for the group, revenge, and loss of bodily autonomy. Heck, it’s loss of body in Cliff’s case. The stakes have never been higher, and every scene in this episode left me wanting more.

"Evil Patrol" is an excellent episode of Doom Patrol. I love the episode's themes of personal choice vs. what's good for the group, revenge, and loss of bodily autonomy. Heck, it's loss of body in Cliff's case. The stakes have never been higher, and every scene in this episode left me wanting more.