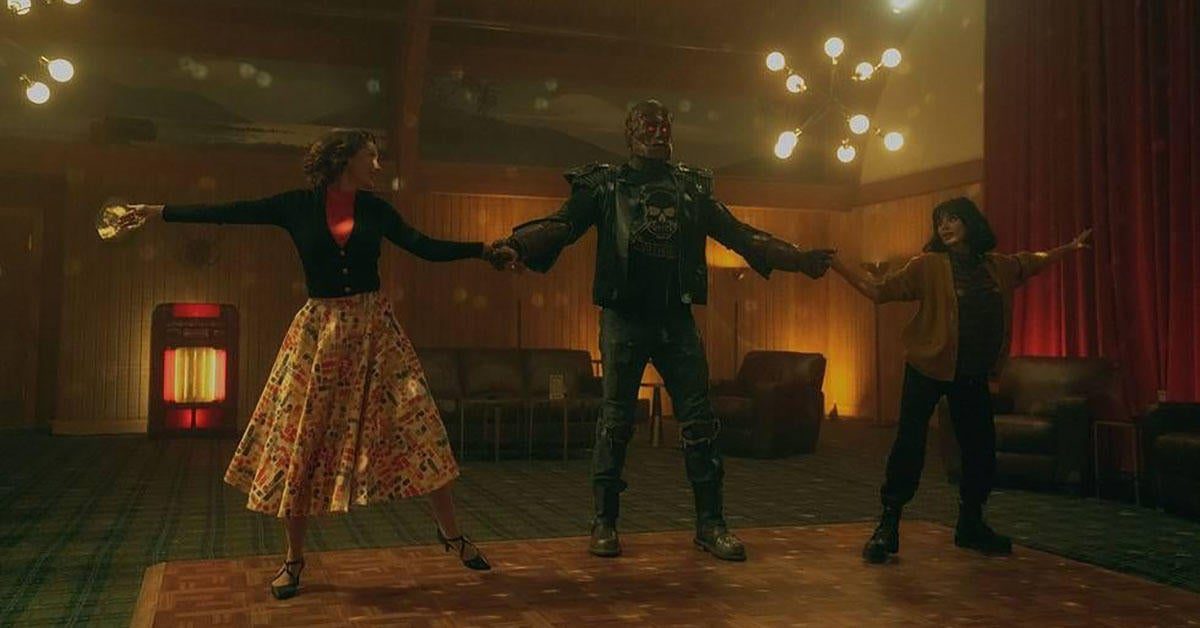 Thursday, September the 23rd, Doom Patrol returned with three explosive episodes. “Possibilities Patrol” finds the Chief dead as Dorothy reckons with the Candlemaker on a higher plane. Jane is still trapped in her own mind with her other identities. Dorothy returns with the Candlemaker under control, relatively speaking. She breaks down in tears at the sight of her dead father, and the Patrol is freed from their waxy shells. Back at Doom Manor, Rita focuses on her acting while Larry is haunted by his Negative Spirit. The Spirit indicates that it wants to go to space, but Larry hesitates. Cliff calls his daughter to explain why he missed her wedding, but she is in labor and can’t talk. Dorothy is reluctant to bury the Chief, wanting Jane to wake up and say goodbye first. Jane grapples with her inner demons and reclaims control of her body. Larry bids Rita farewell and heads to the stars. 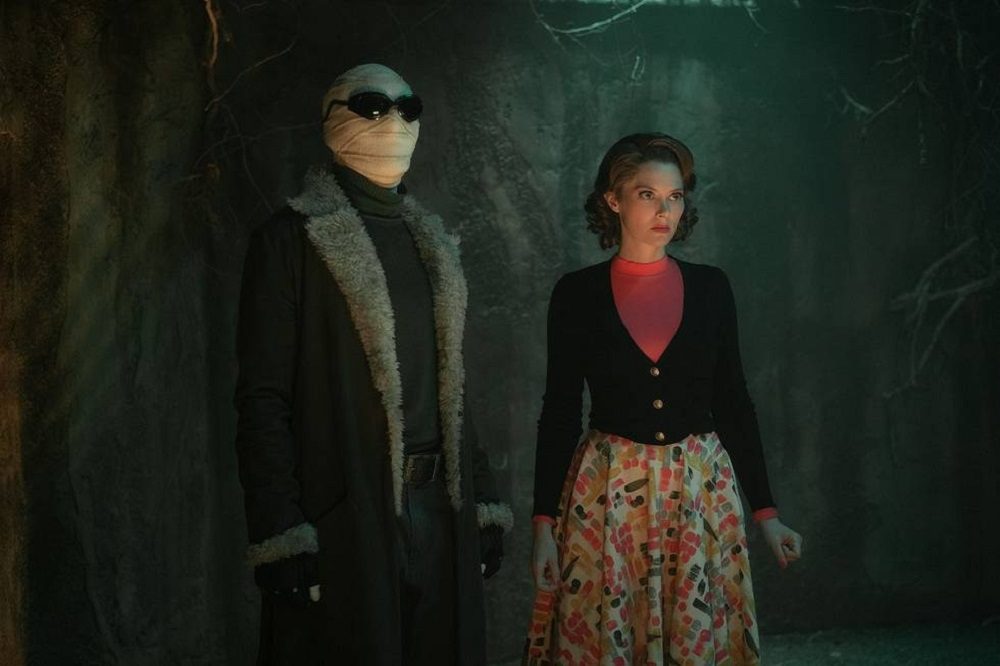 “Possibilities Patrol” is a strong season premiere. Even though it was the natural conclusion to Niles’ story in season 2, I was taken aback by his death. He’s one of my favorite characters on the show and is played by one of my favorite actors, period. I was glad to see his ghost in the scene with Cliff. He was removed from the world of the living rather abruptly, so this was a good way to keep Timothy Dalton in the mix, even if it’s not for long. I’m sure the writers did this not only because it makes sense for his character but because it will force the Patrol to grow and take initiative for themselves. It’s a common story beat to change the status quo and challenge the main characters, and it’s also true to real life. I was immediately annoyed by Niles’ death because I liked him, and he was so complex, but it was probably the right decision. However, all this is called into question by the post-credits scene where Willoughby appears to summon Niles’ spirit. I’m usually not a big fan of bringing back dead characters, but it would make sense in this world. I may also be biased because of which character/actor it is. 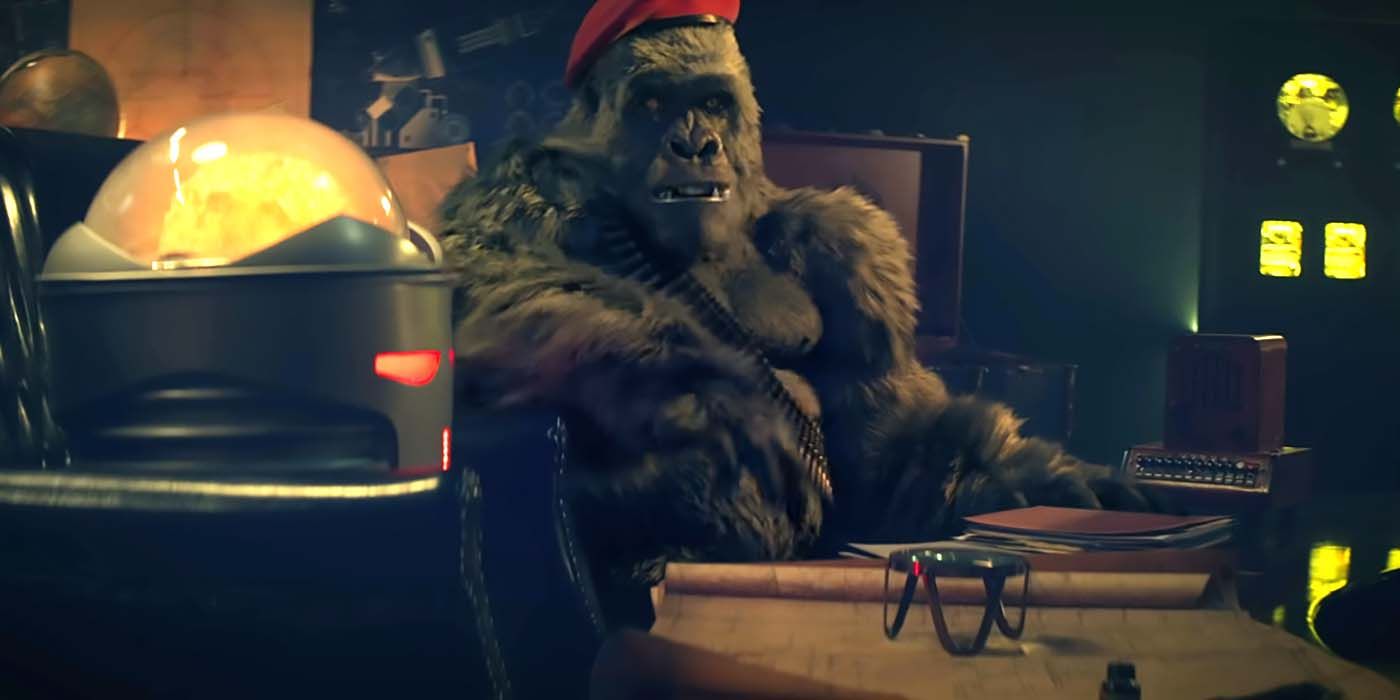 “Possibilities Patrol” also made me notice something that should have been obvious: the Patrol members are controlled by their bodies rather than vice versa. Rita is still a prisoner in her rubbery form and subject to uncontrollable flare-ups of her abilities. Meanwhile, Jane literally can’t get out of her head, and Cliff’s body keeps freezing up. Larry is more or less at the mercy of the Negative Spirit, and Cyborg is later “grounded” by Star Labs, leaving him powerless. This leaves only Dorothy, who seems to be in control at the moment. I really like that Jane overcame her fears and re-established control without Dorothy’s direct interference. I’m not opposed to a rescue here or there, but this was something Jane needed to face for herself. I loved the scene with all the personas working together against the manifestation of Kay’s fear and trauma. I also loved it when Jane woke up and immediately embraced Cliff. It was funny how she did that but refused to let anyone else hug her. I love Larry and Rita’s friendship, but Cliff and Jane are a great duo too.

“Vacay Patrol” sees a despondent Rita floundering without the Chief’s guiding hand. Niles left her a letter asking her to be his replacement and watch over the Patrol, as well as the dangerous forces they face. She literally crumbles at the challenge, instead choosing to go on vacation. Victor is reluctant at first but doesn’t have much to do with his tech disabled by Star Labs. Kay convinces Jane to go as well, and they collect a malfunctioning Cliff from Clara’s house. Throughout “Vacay Patrol,” various characters encourage Cliff to get checked out, but he refuses. The resort also happens to be where a pair of supervillains have been waiting for Rita since the 1950’s. Garguax (Stephen Murphy) and Samuelson (Billy Boyd) were originally sent by the Brotherhood of Evil to kill Rita because of her association with Niles. However, Garguax has grown disillusioned with his mission over the years and immediately befriends Cliff over their shared hatred of Niles. He wants to leave the Patrol alone, calling Rita a “poor woman” who won’t harm anyone. Samuelson remains faithful, though, and kills Garguax and all of the heroes. Larry is separated from his Negative Spirit and sent back to the Manor alone and confused. 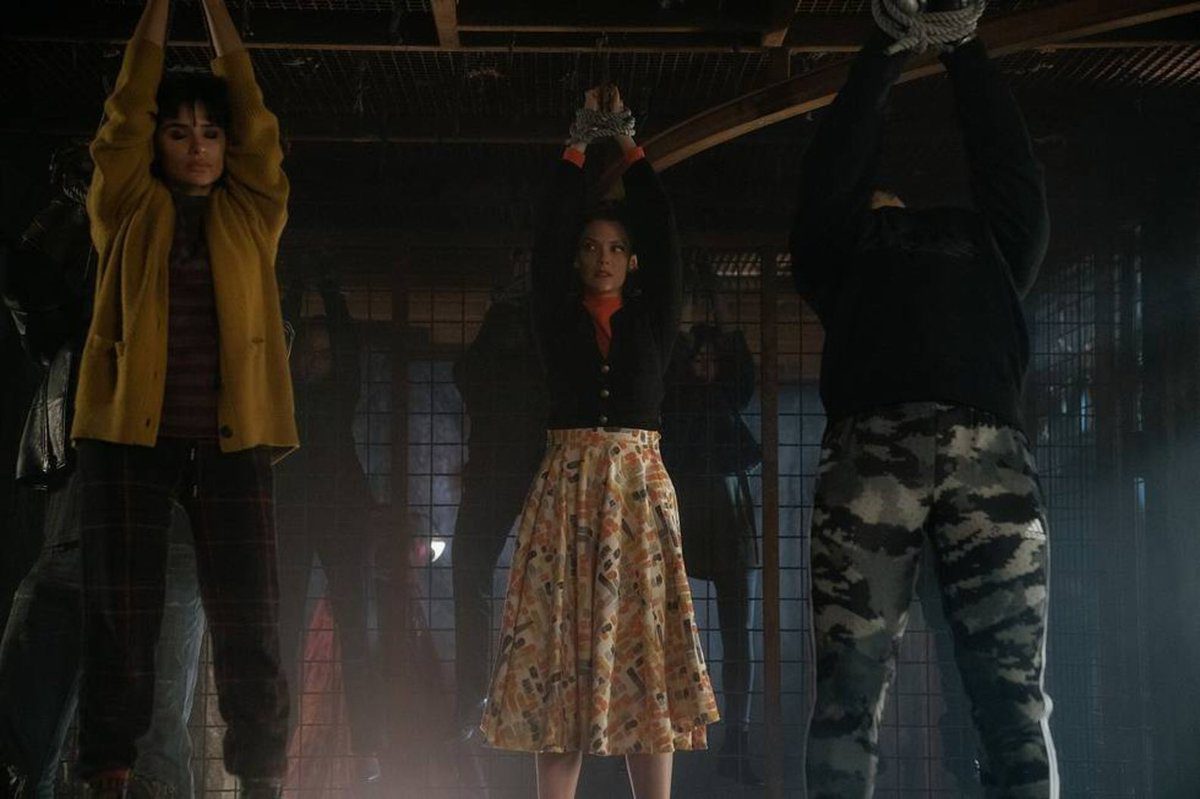 I liked “Vacay Patrol” even more than “Possibilities Patrol.” The scene where Cliff, Jane, Rita, and Victor dance to “Forever Young” at the resort is one of my favorites of the series so far. This was a very simple thing to depict, but the way the music picks up and they join in one by one was moving. It was really well done, and it was cathartic for everyone to reconcile after bickering for the whole episode. The conversation between Rita and Jane about their confused feelings about the Chief was great. They can’t parse out the love, respect, and betrayal they feel, and that’s very genuine.

Larry is also experiencing some unexpected emotions as he must say goodbye to the Negative Spirit. Two seasons ago, or even early last season, he would have been happy to be separated from his roommate (bodymate?). Larry’s progression with facing his past and coming to terms with the Spirit has been amazing. I’m impressed by the show’s ability to make us care about a character with no face or voice through his connection with Larry. This is a shining example of how Doom Patrol uses the weird (or, in some cases, downright gross) to bring out strong emotional responses.

Cliff’s bodily malfunctions continue to escalate in “Vacay Patrol,” and it’s clearly going to come to a head eventually, probably later in the season. Clara essentially gave him an ultimatum to get it looked at for her son’s safety, and I think that will end up being the deciding factor. Cliff keeps saying he doesn’t want to repeat past mistakes (you love to see/hear it). Losing his daughter forever over this is probably the line he won’t cross. After the post-credits scene in “Possibilities Patrol,” I suspect Niles will be back in some capacity and help Cliff himself. But we’ll see. 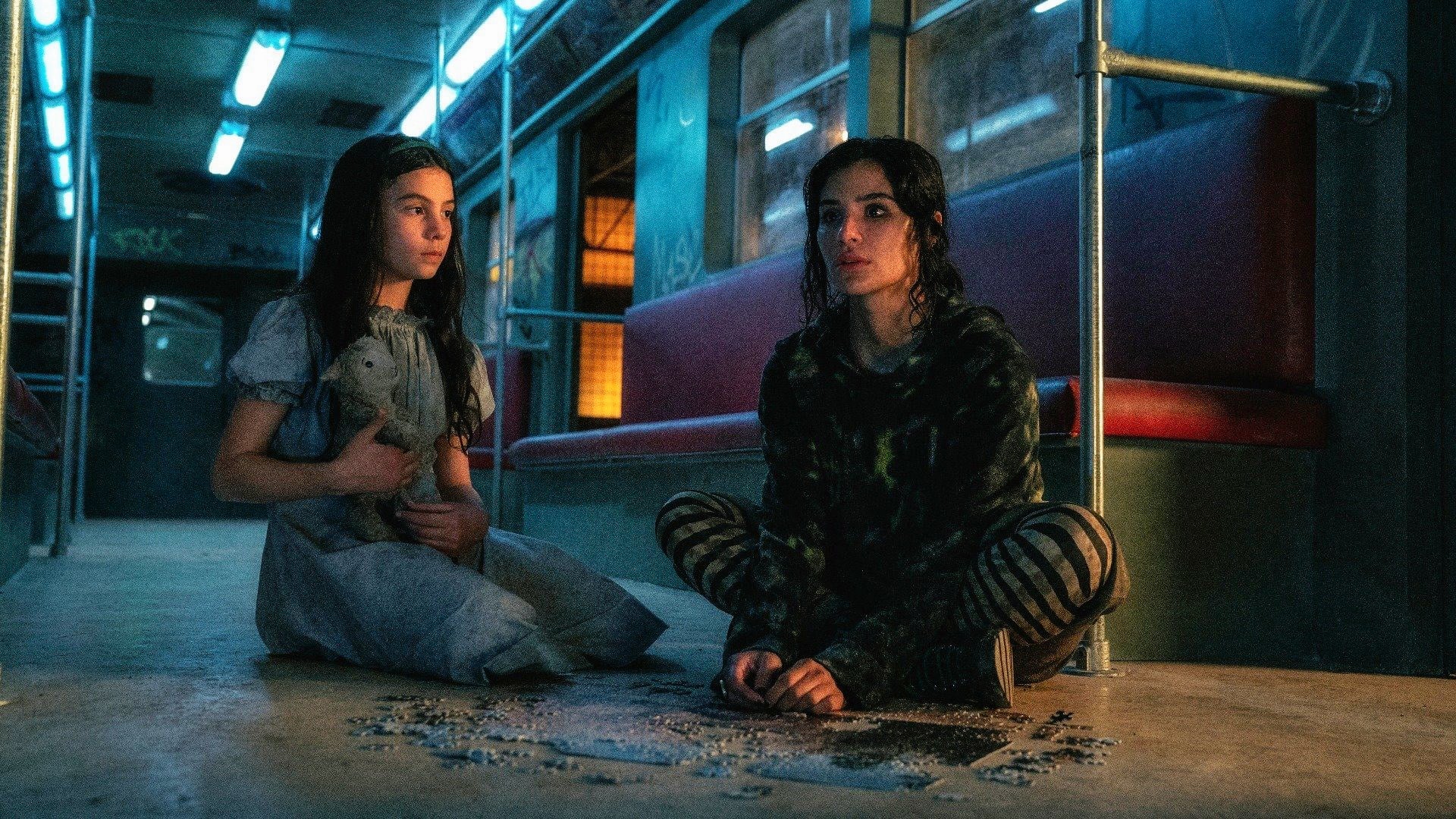 In “Dead Patrol,” it’s up to Larry, Dorothy, and the Dead Boy Detectives to save the rest of the Patrol. Our anxiety-riddled antiheroes are ferried to a sort of way station between life and the afterlife. Once there, they must yet again confront the things that haunt them. Cliff meets with his father, who claims to have reconciled with Clara before he died. Jane and Kay spend the time eating snacks and singing with Kay’s grandmother. Victor finds his mother. Once they’ve agreed to help, the Dead Boys take Larry to this place to free his friends.

I think “Dead Patrol” is my least favorite of the three, but that’s not saying much when it was preceded by two excellent episodes. Dorothy and Larry’s devotion to saving their friends is admirable. Larry setting up their dead bodies at the table is a little weird, but Dorothy did something similar when the Chief died, so she shouldn’t judge. One of the main reasons I didn’t love this one is the Dead Boy Detectives. I didn’t find them very likable or funny, and Larry’s observation that they seemed like a couple didn’t do much for me. Giving unlikable characters an impossible romance doesn’t make them more likable. Furthermore, if I don’t like two characters, I don’t care if they get together.

However, I did like the way this otherworldly stopover and what the main characters grappled with there. Even as he mends his relationship with Clara, Cliff has found a way to make it about his father. He’s somehow jealous that his father made things right and maintained a relationship with Clara when, if anything, he should be happy. His dad was a piece of crap (and still is, even in death), but this should be all about Clara. When her parents died, she had her adoptive father and apparently her grandfather too. But it wouldn’t be Doom Patrol if the heroes were well-adjusted and mentally fit. Cliff sees his father’s closeness with his daughter as a threat to his own position with her, which already isn’t rock solid. 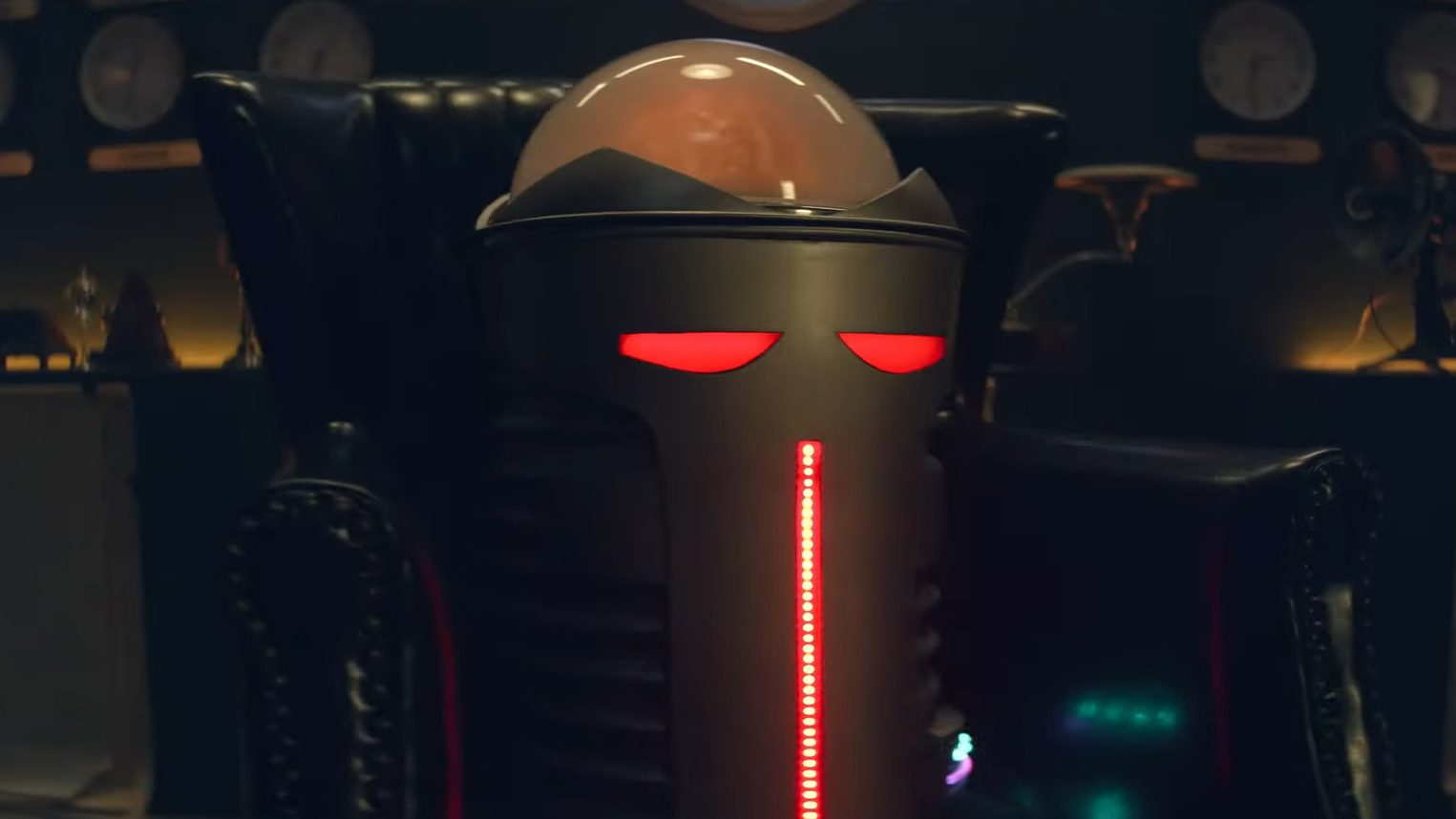 I really enjoyed Kay and Jane’s scenes with Abuelita. The exchanges were sweet, and the ones between Jane and Abuelita confronted some uncomfortable truths about Kay’s life and just life in general. It was good for Jane to see that she isn’t the only one who failed the girl or even failed her in the worst way. They didn’t do as much with Rita, which is disappointing because I love her, and she still has many issues going on. However, we don’t know exactly what’s going on with the man who helped her escape. That could amount to something big later on.

Overall, “Possibilities Patrol” and “Vacay Patrol” are great, and “Dead Patrol” is okay. They’re taking the characters in exciting directions, everything looks and sounds great, and Cliff said the magic word plenty of times. The comedy was excellent in the episodes as well. I hope we see more of the Brotherhood of Evil, I’m curious about Madame Rouge, and I’m thrilled the show is back.

Overall, "Possibilities Patrol" and "Vacay Patrol" are great, and "Dead Patrol" is okay. They're taking the characters in exciting directions, everything looks and sounds great, and Cliff said the magic word plenty of times.