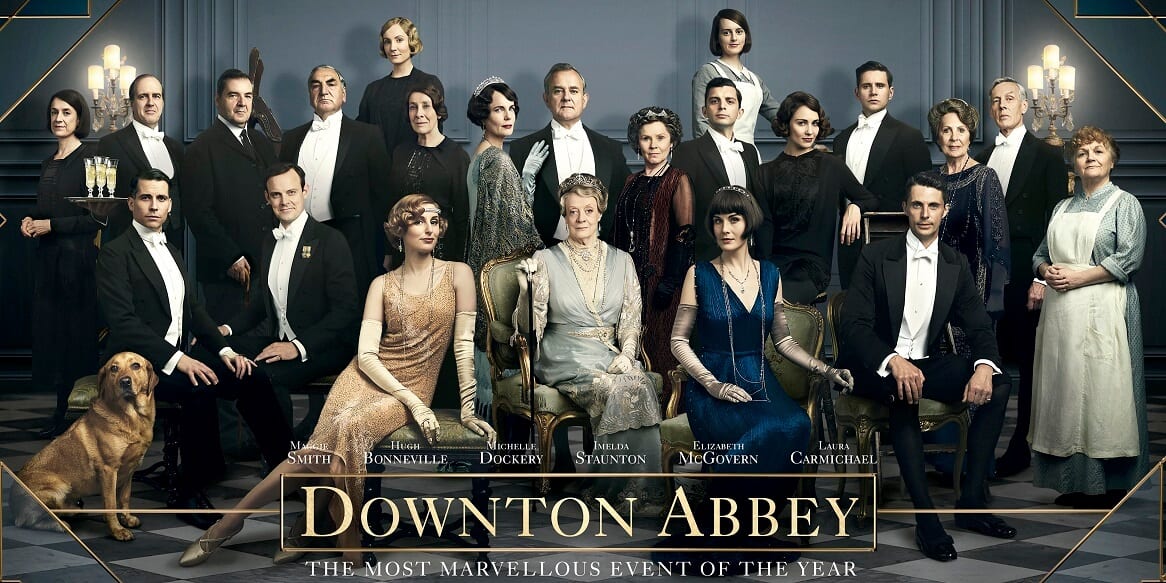 When it was announced that a Downton Abbey movie was in the works, I was more than a little excited. I caught on a bit late, but the TV series which ran from 2010-2015 quickly became one of my favorites when I found my parents re-watching older seasons on DVD. Of course, the costumes and sets are immaculate, and I love the exploration of the British aristocracy during the 1910’s and 1920’s, something I knew nothing about going in. Throughout the show’s six seasons, it crafted some really lovable, complex characters and rich relationships that continue to win the hearts of fans. Does the movie live up to the series’ quality? Let’s have a look.

Downton Abbey’s plot is set in motion, just as the original series was, by the arrival of a letter bearing some sensational news. This time, however, it’s good news; the King and Queen are coming for a visit. Maud Bagshaw, a cousin of the Crawleys who wants to leave Lord Grantham out of her will, is the Queen’s lady-in-waiting and will be visiting as well. Naturally, Violet is displeased with this state of events and views the visit as an opportunity to sway Maud to bequeath her estate to him. Matters are further complicated when all the servants are informed that the Royal family is bringing their own servants to wait on them during their stay.

As expected, there are plenty of gorgeous, period-authentic gowns and suits on display in Downton Abbey. The musical score by John Lunn is beautiful and in perfect keeping with his work for the series. The cinematography is delicate and beautifully captures the English countryside, as well as the splendor of Highclere Castle itself. The tone and spirit of the film are identical to the series, and I think fans will be pleased with the overall feel of the movie. The film is twice as long as a typical episode of the series at 2 hours and 3 minutes, but it’s always engaging and moves along at a spritely pace.

The actors are all in perfect form here, with particular stand-out performances from Maggie Smith as Violet, Imelda Staunton as Maud, Allen Leech as Tom, and Michelle Dockery as Lady Mary. Smith’s matriarch shares many amusing exchanges with Penelope Wilton as Cousin Isobel. However, my favorite of her scenes comes near the end when she discusses the future of Downton with Mary. Laura Carmichael is good as Lady Edith, but I found her subplot in the film to be petty and self-involved, as she so often was in the series. It may be a symptom of having such a large cast in a 2-hour film as opposed to a sprawling TV series, but it feels at times like some players have little to do. For example, all Mr. Bates (Brendan Coyle) does throughout the film is agree with and support his wife Anna, despite both being significant characters in the series. I wish we could have seen Mary and Edith’s aunt Rosamund in the film as well. She wasn’t a main character in the series, but I liked Samantha Bond in the role, and I hoped she would show up when Violet was said to be visiting her. I also couldn’t help wondering what Cousin Rose was up to. I love Lily James, and I found Rose’s innocence refreshing given the conniving nature of some of the show’s female characters. However, Downton Abbey has a lot of ground to cover and a lot of characters to follow-up on, even without getting into the extended family.

I must confess that I always found the character of Daisy (Sophie McShera, also known for 2015’s Cinderella) quite annoying. While a character like Rose can be wide-eyed in a charming way, Daisy always struck me as straight-up dumb. In season one, the incident between Lady Mary and the Turkish diplomat Kemal Pamuk upset Daisy so much that she sought out Lady Edith so she could tell her about it. This is just one example, but ever since then, this character has been childish and stupid. This was also the case when she pursued the footman, Thomas (Robert James-Collier), who is clearly gay. As such, I was a little frustrated to realize that the film would be focusing on Daisy as one of the primary household servants. To add insult to injury, characters like Mr. Bates and Mrs. Patmore have no individual stories in the film. To make room for Daisy’s foolishness, many fan-favorites are relegated to a collective subplot about the Royal Family’s servants taking over their household duties. The way Andy (Michael Fox) pines over Daisy throughout the film and his fears that she might pair up with someone else rubbed me the wrong way. Again Daisy ignores the painfully obvious thoughts and feelings of other characters, but when things go south, she’s treated as being blameless.

Thomas’ storyline fares a little better. He was never one of my favorite characters either, but at least he isn’t a buffoon, and I think he’s at his best in the film. Thomas suffered for who he was a couple of times throughout the TV series, but the instance shown in the movie just might take the cake. He makes a friend who might be something more, but ultimately gets stood up waiting at a bar. A stranger at the bar whisks him away to a secret hangout for guys like them, but of course, this turn of events doesn’t go well for long. This ties in nicely with the main story. Even better, none of the characters have to act like complete simpletons for it to work. Surprisingly, even Lord Grantham and Cora are sidelined somewhat in the film, particularly the latter. Hugh Bonneville is, of course, excellent as the Earl and owner of Downton, as he always has been. However, the film gives him little to do beyond arguing with his mother, Violet the Dowager Countess, and trying to keep her from publicly attacking Maud. Truthfully, it bothers me less in Cora’s case, as most of what she did in the series involved scheming and lying anyway. The characters who come out the best in both likability and plot function are Lady Mary, Carson, Thomas, Maud and, of course, Violet. They’ve been talking about a potential sequel, and I hope that if it does come to fruition, Maggie Smith is still around and able to participate. Her final scene in the film feels like a send-off, but it would be difficult to do Downton Abbey without Violet and her quips, not to mention her bantering with Cousin Isobel. 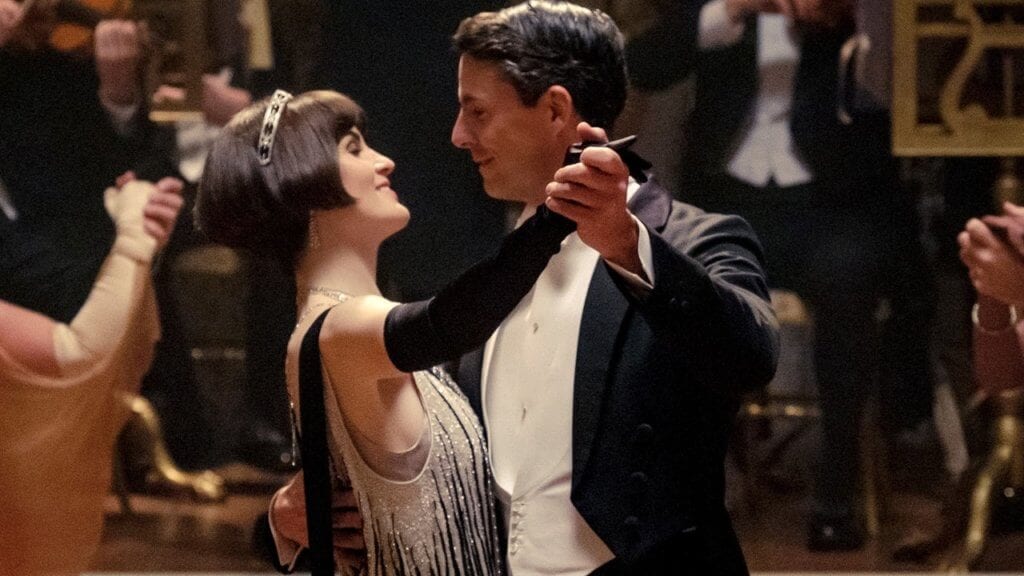 Overall, I enjoyed Downton Abbey very much. The film has a lot of well-executed comedy, and our theater was in stitches at several points. The film is as gorgeous and well-crafted as the show, and the tone is just perfect. I don’t feel that the filmmakers did the best job balancing the cast and storylines out, and the subplots don’t all necessarily feel connected. Of course, this isn’t a requirement, but the most satisfying films have interconnected stories that present an overall theme. Nonetheless, the film presents themes in keeping with the series such as traditionalism vs. modernity, community vs. self and, the complicated but wonderful dynamic of a big family, both blood and otherwise. This isn’t a perfect film, but I think longtime fans of the property will be satisfied, and I’m interested to see what they do if a sequel is made.

Downton Abbey offers viewers a visual feast and the opportunity to check in with some old friends. The music and technical aspects are above reproach, although the film doesn't quite know how to handle its enormous cast. I would recommend this film nonetheless, especially to big fans of the series.